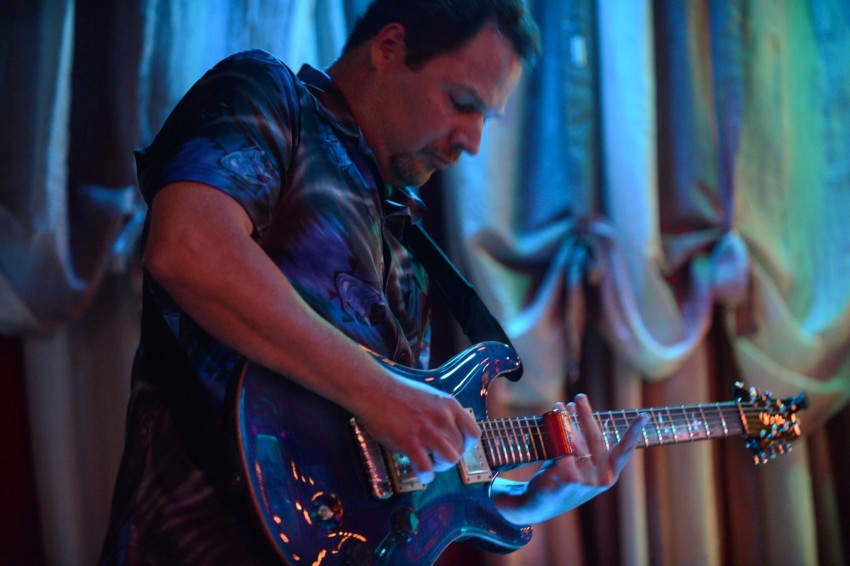 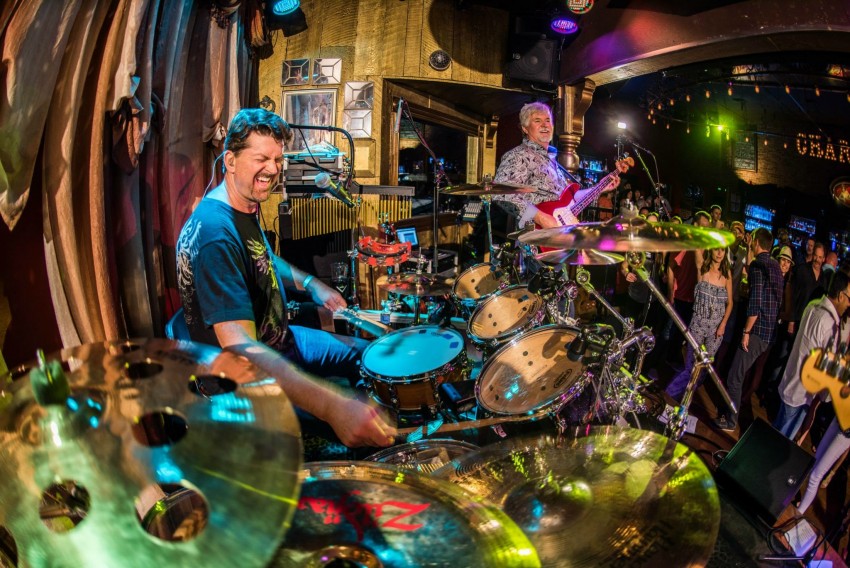 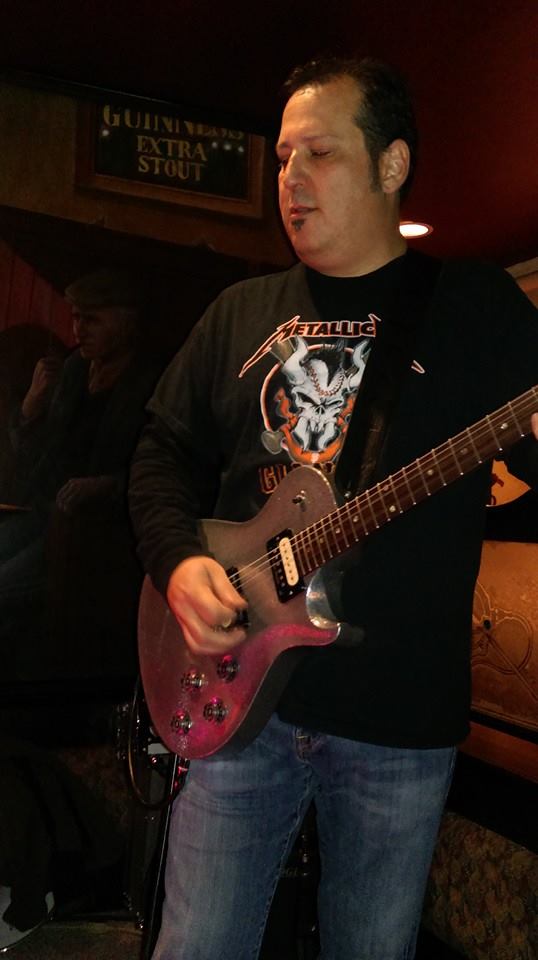 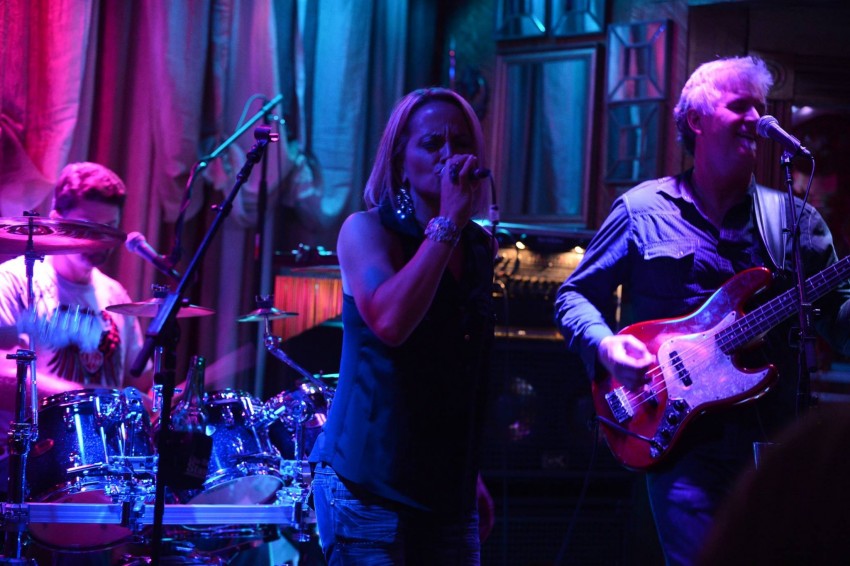 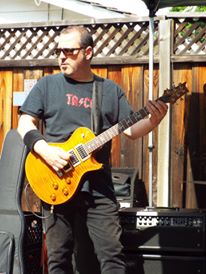 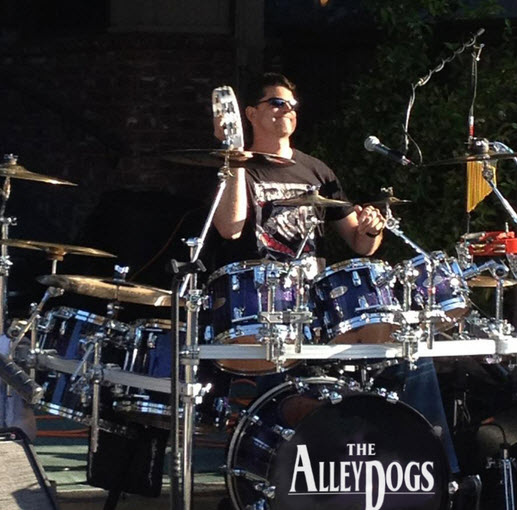 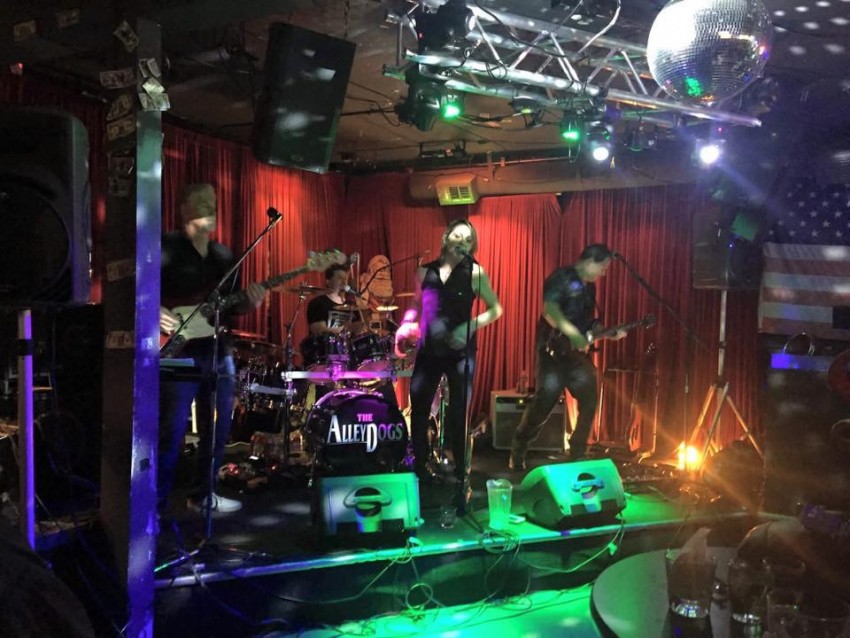 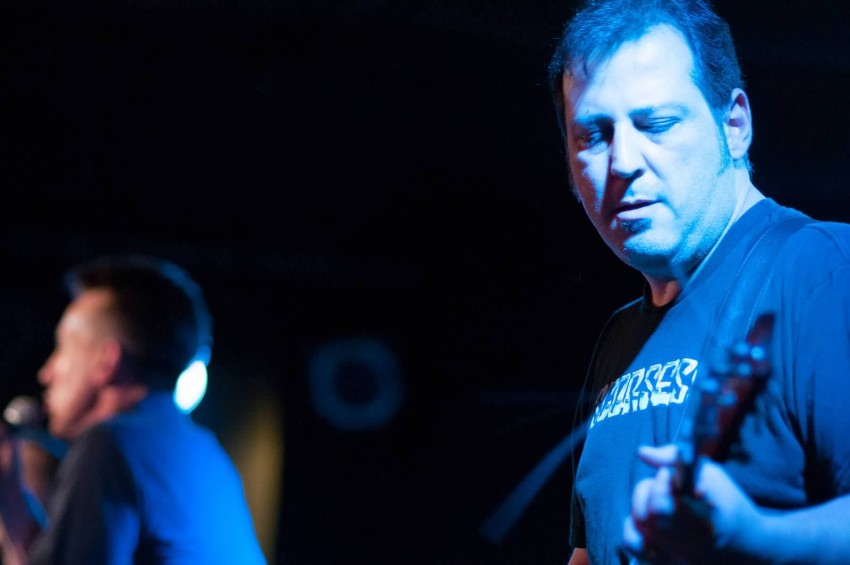 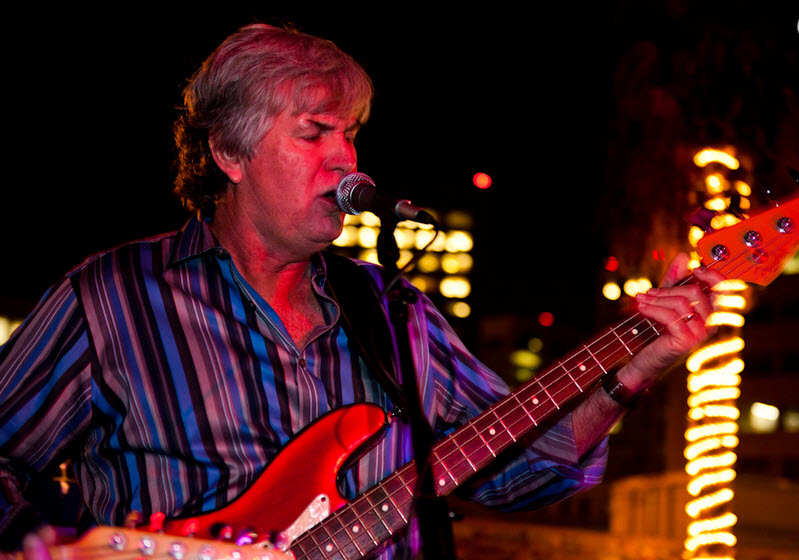 The Alley Dogs is a Silicon Valley-based, high-energy, classic and blues rock band offering an eclectic mix of popular songs from the 70's to the present, including music from AC/DC, The Baby's, Bad Company, Joe Bonamassa, The Faces, The Jimi Hendrix Experience, Johnny A, Led Zeppelin, The Pearl Alley Band, The Rolling Stones, Santana, Susan Tedeschi and many more!

Be the first to review The Alley Dogs

The Alley Dogs are:

Suzanne St. John
Suzanne sings with the power, rawness and presence of Janis Joplin. She was baptized into the blues in the late-90's, singing with Archie Lee Hooker in the Bay Area. For 17 years, Suzanne has played in the blues band, Pearl Alley, at clubs and summer festivals throughout the Bay Area, including the San Jose Jazz Festival. "Suzanne St. John spits the flames for this blues quintet, bringing Bonnie Raitt's smoldering sensuality and Janis Joplin's jaw dropping intensity to the mic together at last." - Metro Santa Cruz

Dave Crane
A dedicated guitarist since age 13, Dave's main passion in life has always been music, and hard-hitting blues rock was his calling. After performing for over a decade in numerous rock bands, in the Santa Cruz area, Dave formed the Pearl Alley Band with his soon to be wife, Suzanne. Their self-titled CD Features ten original songs, receiving a thumbs up from Blues Revue Magazine. "tight arrangements, lead by David Crane's brawling guitar..."

Dan Singleton
Bass player and vocalist for The Road Dogs for 15 years, Dan has played over 100 club gigs throughout the Bay Area. Dan also played acoustic guitar and sang lead-harmony vocals in the country rock band, Ride West. Dan brings his bass, solid lead vocals and harmonies to the rock-centric blues and hard charging guitar work of the current line-up. He's a high-energy performer and loves playing for a rowdy crowd!

Steve Corral
Steve has played with numerous, instrument-forward bands in the South Bay for the past 20 years. Steve brings his guitar-playing sensitivity to the new line-up, heavily influenced by his love of progressive rock, which is why Mike is excited that he is in the band!

AC/DC:
Highway to Hell
Shook Me All Night Long

The Faces:
Stay With Me

Gavin DeGraw:
I Don't Want To Be

Santana:
All I Ever Wanted (Was to be With You)
Open Invitation

Susan Tedeschi:
The Feeling Music Brings
I fell in Love
Mama He Treats Your Daughter So Mean

Steve B. said “Wow what a show!! Michael was wonderful to work with and my group had a blast. I have heard…” 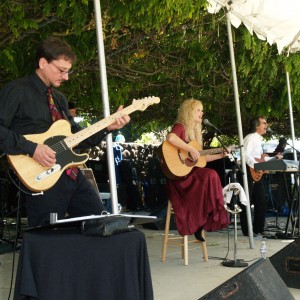 Marilyn B. said “These people are great! They were fun, and their music fit our occasion beautifully. They even…” 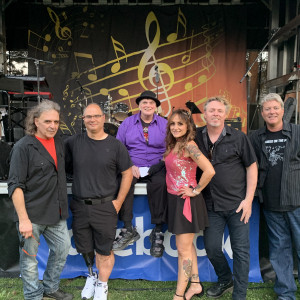 Collins said “Thank you Mike and Guys for the musical skillls and presence. Great contact before and easy…”