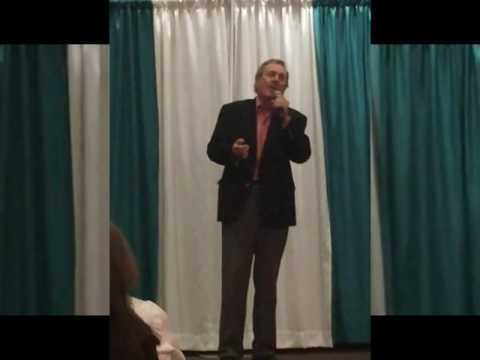 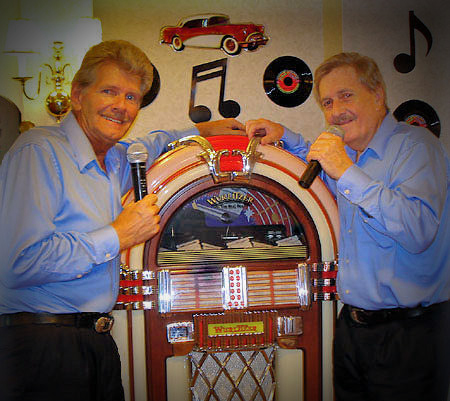 We love those old jukebox songs! 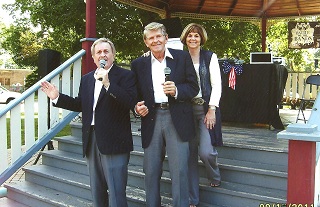 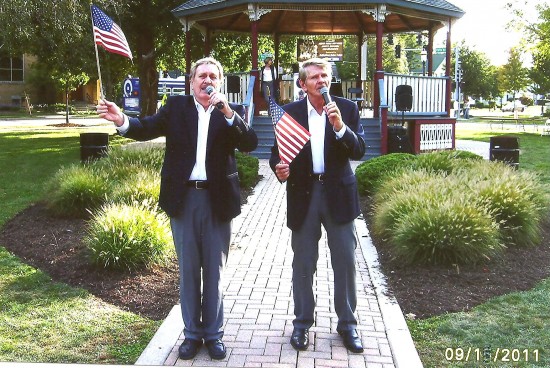 We love to include a patriotic song 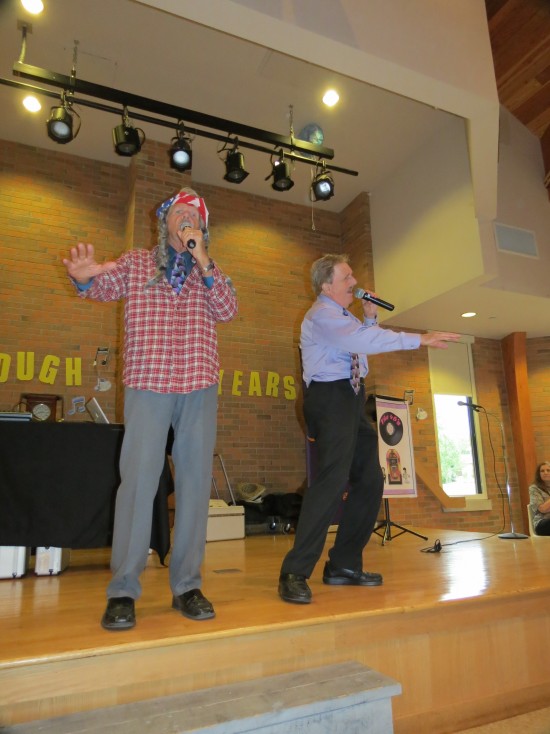 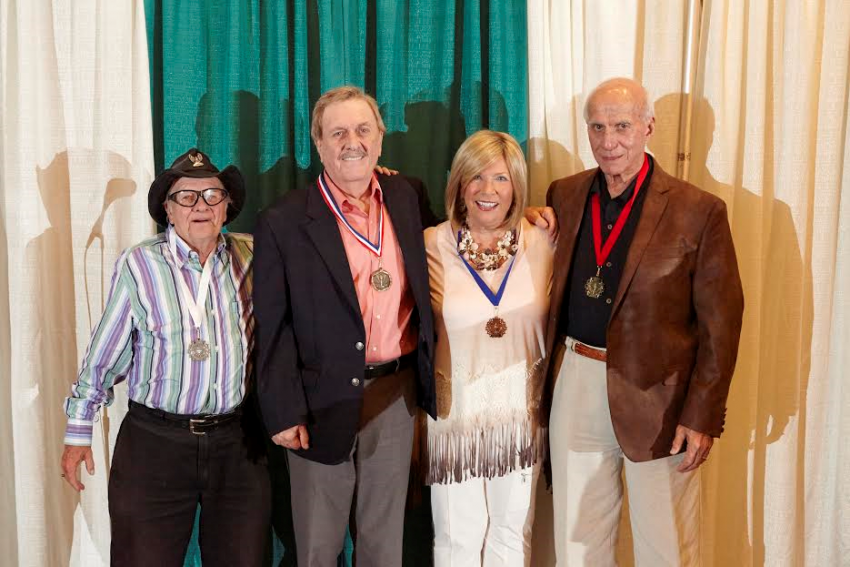 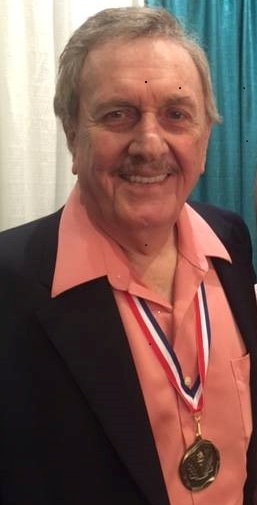 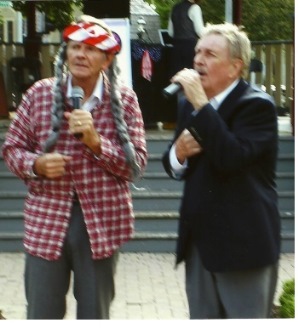 The 45's were formed in 2004 by 2 friendly guys (man/lady combo now optional) with the ability to do a song with a lot of feeling. They had in common a great love for the good old days of the jukebox - hence their name was born.

Gary has won 5 singing awards and can do solo gigs, which is more budget friendly. Whatever the case, solo or duo, we are flexible on our fees depending on the type of show, distance travelled, etc.

The 45's have sung for hundreds of senior venues, parties and luncheons. They skillfully bring back memories of Elvis, Standards, Country, Rat Pack, Neil Diamond, Patriotic etc. Want a special theme or song? --The 45's always accommodate and available 24/7.

Gary did a good job. Our venue was his second of the day and felt he was tired from previous engagement.
I believe he would have been better served to only do the one show that day. He provided good entertainment and did the songs we requested.

The 45's were the perfect group for our event, a 50th Wedding anniversary. They were funny and I received many comments from guests about how much they enjoyed them. It was a very hot day under a tent but it did not keep them from delivering a wonderful performance.

Your review was unexpected and so much appreciated, Fayette!
It means a lot to us and hope it will attract more business.
Gary

The 45's will definitely bring your party to life!

I love these guys! I have had them play at my parties for the past 3 years, and go to hear them play whenever I can. They are upbeat, funny, engage the audience, and take the audience back to a time that we love to remember. Of course, they can also be quite romantic with tunes that tug at your heart strings. You will not regret hiring Mel and Gary!

GOOD ENTERTAINIERS. SEEN THEM AT A BIRTHDAY PARTY.

THEY REALLY KEPT THE PARTY GOING AND EVERYONE WAS ENTERTAINED. I WOULD RECOMEND THEM TO ANYONE WHO IS LOOKING FOR A GOOD TIME AND A BLAST TO THE PAST.

The 45's consist of 2 senior guys with lots of energy who grew up in the classic rock and roll era of the 50's. Since the jukebox was king then, they named themselves after the media that was played most often then - the 45 rpm records. Mel and Gary make the perfect pairing since Mel loves country music, Elvis, Englebert Humperdink and the like, while Gary prefers Sinatra, Bennett, Darin, Davis and Broadway. This way they cater to almost everyone's taste, and have a show full of variety and fun.

Using musical background tracks, they have the original sounds of those times, from big bands to quality combos. The benefits of this arrangement are 2-fold: 1) Since paid musicians are not used, the cost for the client organization is greatly reduced to fit any budget, and 2) A very small space is needed in any size room to accomodate this duo.

Mel and Gary play off each other and also the audience to add a little humor to each show, and also by having cordless mikes, mingle through the audience on some numbers and get their inter-action. Sometimes they find such a good singer in the crowd that they give them the opportunity to do a number if they so desire. They also encourage dancing where possible, and offer themselves as a partner when one of them is not singing. Requested songs are sung whenever possible, as they have thousands of songs at their disposal on their computerized system. Their sound equipment is top quality and can fill almost any size room with clarity.

Due to their love of their trade, Mel and Gary make themselves available 24 hours a day, 365 days per year. If budgets become an issue, Gary will do solo shows for a reduced price to try to accomodate every situation.

one electrical outlet only