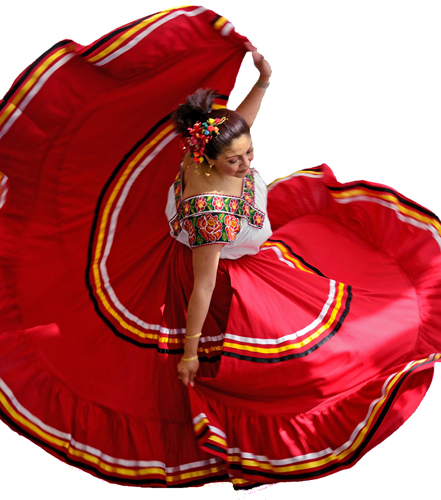 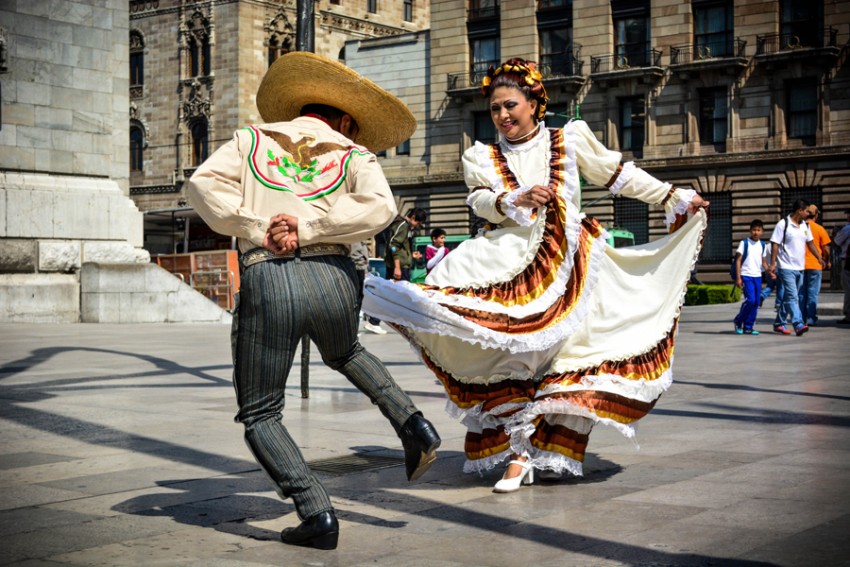 Tere Luna performs Mexican folkloric song and dance as a soloist, with instrumentalists and other dancers, or with a traditional Mexican mariachi band. She is available to perform at concert venues, festivals, community cultural events and celebrations (i.e. Cinco de Mayo, etc.), college campus events, library and museum events, corporate events, country clubs, weddings, and "quinceaneras." Tere Luna is registered with the Hartford Performs roster of teaching artists and also makes presentations in schools throughout the state. Special dance and cultural workshops can be provided for a special fee. Check out Tere Luna's website at: (link hidden)

We arrived early and set up on time to start a few minutes early. We performed a variety of songs including two requests and las mananitas. We also performed three Mexican folkloric dances and engaged the party guests on one of them. The guests and hostess seamed to have enjoyed themselves, we performed for the 30 minutes required with professionalism. We are not sure what the comments that we were unprepared and unprofessional is all about.

Tere Luna offers a colorful, rich, and authentic rendition of Mexican folkloric music, song, and dance with experienced, professional Mexican musicians. Performances can interactive, especially in school settings. You can expect only the best in Mexican tradition presented by this outstanding singer and dancer.

In her presentations, schools benefit from the highest quality and educational value, with presentations that align with Connecticut Core Curriculum standards. Tere Luna does school programs as part of Hartford Performs and has been trained to present cultural content of high educational value, aligned to teachers' learning goals.

Tere Luna nurtured her artistic talents at an early age while growing up in her native México. These talents were always very connected with family and the beauty and richness of Mexican culture. Tere often recalls the family gatherings where great music, food, and traditions served as breeding ground for her artistic aspirations. There she learned romantic songs that sparked her imagination and profound passion for Mexican folk music and dance. Even then, she dreamt of being a performer; this motivated her to study voice and dance.

As a professional, Tere has performed as a solo dancer, with dance troupes, and with Mexican mariachi bands. In 2007 she performed at the Latino de Oro Gala Celebration sponsored by the Spanish-language newspaper Identidad Latina and with Grupo de Baile Folklore de México at a Hispanic Heritage Month celebration. Since 2009 she has performed with Fiesta del Norte, a local mariachi band at 3rd Thursday Street Festival (Willimantic), Manchester Bandshell (Manchester), Hartford Public Library, Elizabeth Park Summer Concerts (Hartford), Trumbull Senior Center (Trumbull), and several schools in Connecticut and Massachusetts. Tere has also taught Mexican folkloric dance to children at Atabex Dance Academy in East Hartford (2008) and at several public schools in Connecticut.

In 2014, Tere joined HARTFORD PERFORMS, an arts-in-education program with the Hartford Public Schools, and made her school debut appearance at the Breakthrough Academy Magnet School. She also performed at Wilbur Cross High School in New Haven, CT.

Over the past two years, Tere Luna has performed at various schools through the Hartford Performs program and in various parts of the state, collaborating with the outstanding Mexican mariachi group Emperadores de Puebla. She has also performed as a singer with renowned international singer Jose Paulo and with international Flamenco guitar master Val Ramos.

For dance performances, access to amplification is necessary. A dance floor or stage is also recommended.

Tere Luna can provide her own sound system for an additional fee. Please inquire.

Tere Luna can perform short (15-20 minute) as well as longer sets (20-60 minutes) of Mexican folkloric music, song, and dance as a solo dancer, with other dancers, and with Mexican mariachi band.

Workshops that include Mexican folkloric dance, music, and arts and crafts are perfect for classroom or school assemblies events and last between 45 minutes to one hour.

Full-length dance and mariachi performances range from 45 minutes to one hour, but can be structured as shorter sets depending on event or program needs.