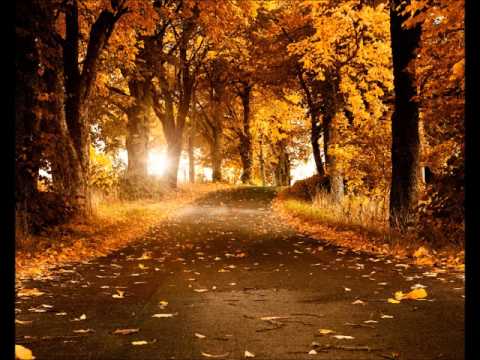 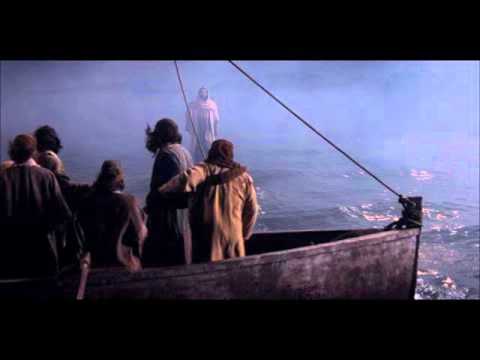 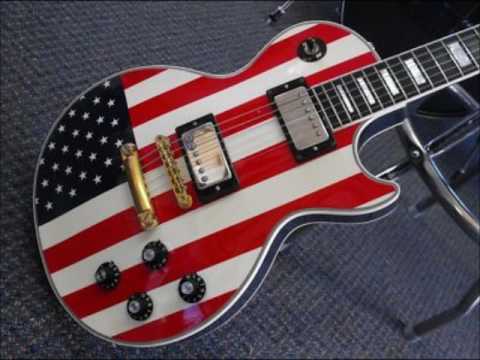 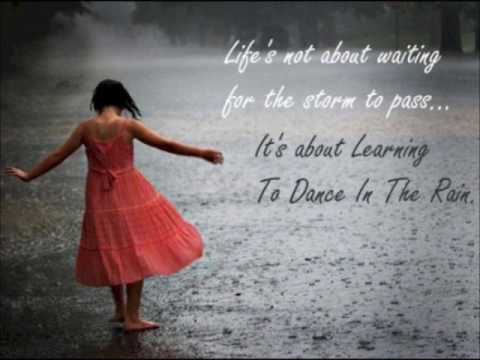 Dancin' In The Rain 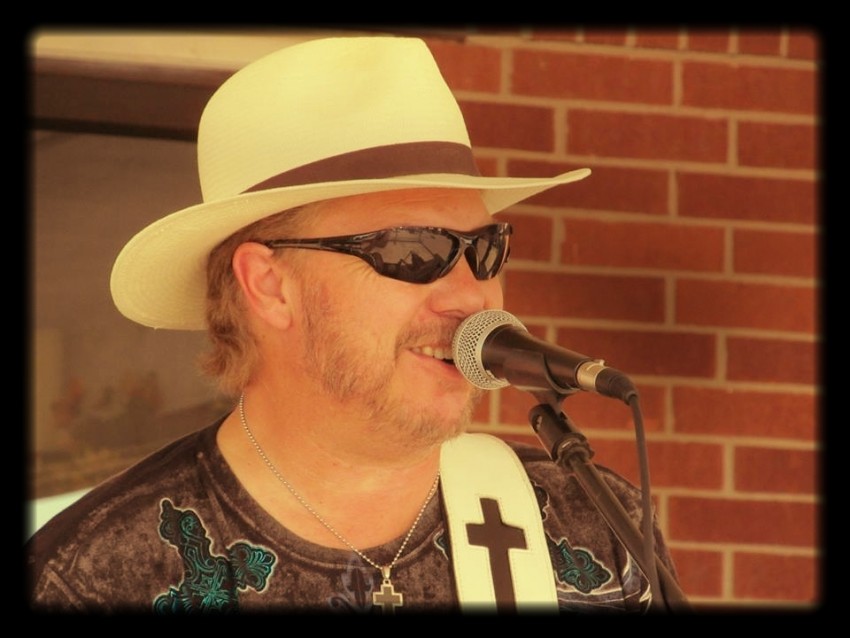 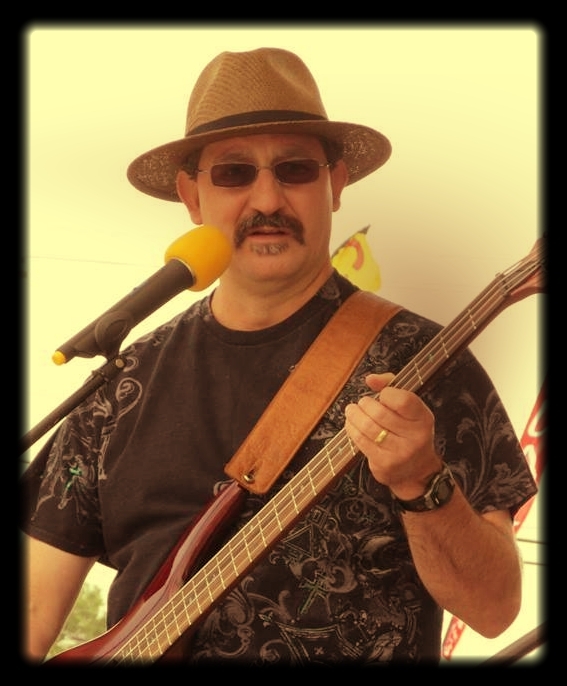 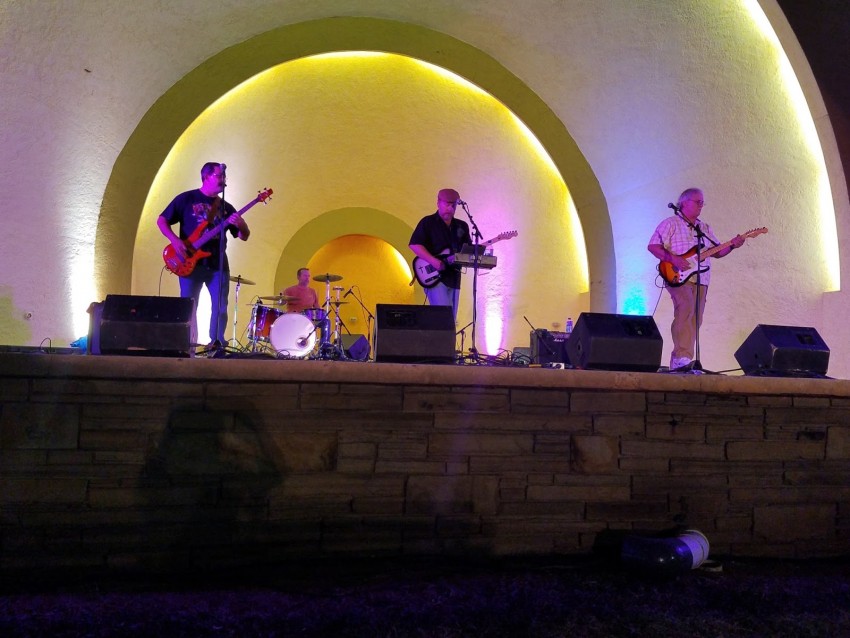 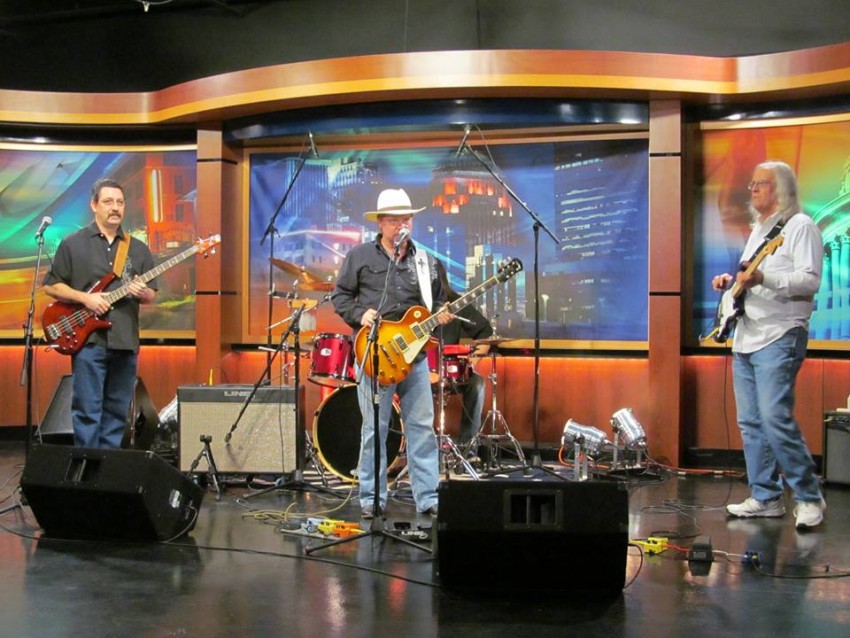 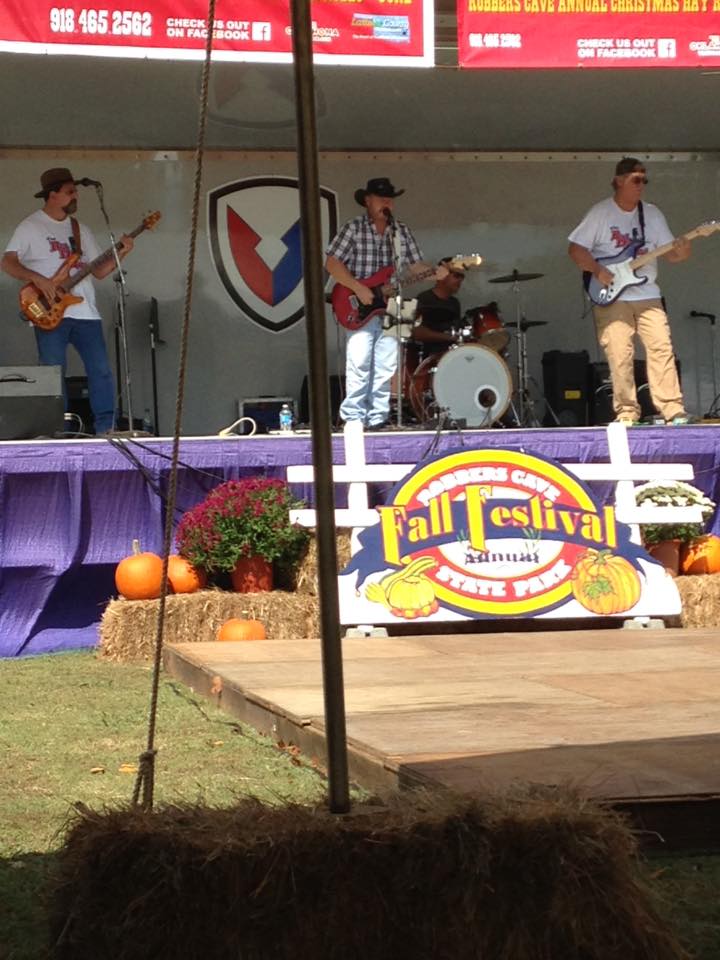 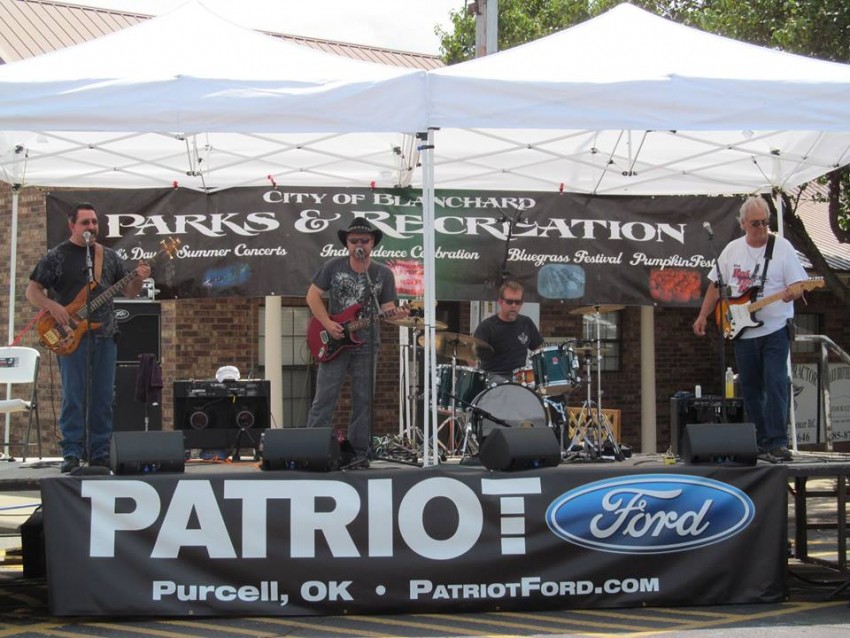 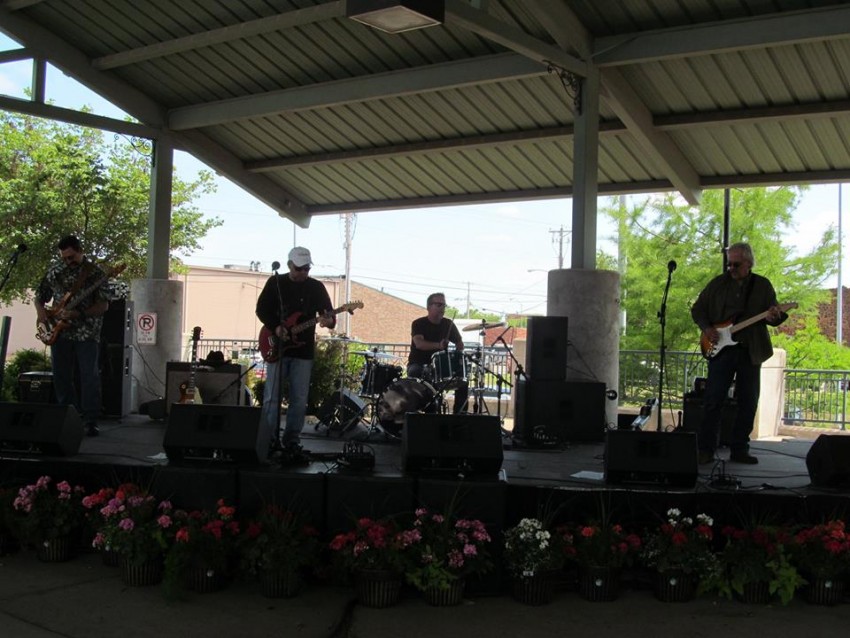 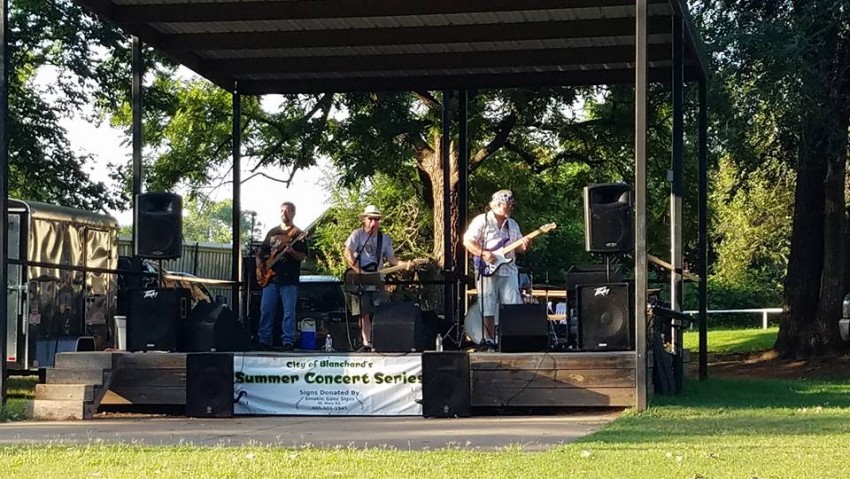 We are a 4-piece Christian Southern Rock Band out of Central Oklahoma. We are available to perform at Churches, Festivals, Rallies, etc. We have our own pro equipment. We love to use our talents for the Glory of God, and to testify to those who can relate to our story. We have years and years of experience between us. Our influences range from all the Southern Rockers, such as Lynyrd Skynyrd, .38 Special, Allman Bros., The Outlaws, Molly Hatchet, and Blackfoot, to Country Rockers like The Eagles, Creedence Clearwater Revival & Poco, to Blues Rockers like ZZ Top, Bad Co., Led Zeppelin, Stevie Ray Vaughan & Foghat. Music is our passion and we are passionate about our Music. It is our Ministry

They did great! They showed up on time, and did a great job!

Thank you very much for the kind words. We were happy to do it. God Bless you and your family .

You will experience God's message thru a Twin guitar Southern Blues Rockin' musical testimony, easily identifiable for those who were rockin' & rollin' thru the '70's and early '80's. Our Music is Southern Rock and Blues with Spiritual lyrics.
We believe you will have a good time, be uplifted and filled with the Spirit of The Lord!
Rock On!!!!

SUNDAY DRYVER (formerly known as the Red Dirt Road Band) was formed in Moore, OK in 2013. After several personnel changes, they arrived at the current line-up of Roger Lee Holman; guitar/vocals, Robert Driskell; guitar, Walt Schorsack; drums, & Tom Farrier; bass guitar/b. vocals. The band members write their own songs, record and perform many concerts throughout the year. "Christian Southern Rock" is the genre that best describes SUNDAY DRYVER. A solid blend of Classic Blues Rock & Roll with a Southern (Okie) accent and a positive message is what to expect at a SUNDAY DRYVER show! Theirs is a ministry of song. Dual lead guitars & driving rhythms provide the soundtrack. Praise, testimony, spiritual enlightenment, the Power of Prayer and above all, God's Love is the message. Unashamed, unafraid & undeniable. SUNDAY DRYVER performs from the heart and soul. Traces of Skynyrd, the Allmans, The Eagles, Zep, Bad Co., SRV, Molly Hatchet, .38 Special, ZZ, Marshall Tucker, among others may be heard in their songs. Influences have a way of revealing themselves sometimes. Inspiration is a powerful thing, especially when Heaven sent. The Lord works in mysterious ways, and SUNDAY DRYVER is no exception. Faith, Love & Rock 'n' Roll is the driving force behind this little band of "Brothers".

THEM BLUES
THANK YOU FOR THE LOVE
WHATEVER COMES MY WAY
TOO TIRED TO RUN
RUNNIN'
SEARCHIN'
THE MOUNTAIN
PEARLY GATES
JOYFUL NOIZE
THE LIGHT
LONG WALK TO GLORY
MORE THAN ENOUGH
HIS LOVE IS THERE
RESURRECTION
THINK ABOUT IT
WALKED ON WATER
DEVIL MADE ME DO IT BLUES
FAITH, LOVE & ROCK 'N' ROLL
GOOD DAY
COLORS
COMPASSION
HOW MUCH TIME?
PRAY ABOUT EVERYTHING
BURNIN' DAYLIGHT
DANCIN' IN THE RAIN
ALRIGHT
CLEAR BLUE WATER
OUT OF LOVE
BUT GOD
PRAY
STILL
IN YOUR HEART

We have been influenced by so many GREAT artists over the years, it would literally be impossible to list them ALL here. We each have our own individual tastes, ranging from; Classic Rock, to Country, to Jazz & Blues, to Southern Rock to Pop. Maybe if you made a stew out of The Allman Bros, Stevie Ray Vaughan, Molly Hatchet, Bad Co., ZZ Top, Kansas, Marshall Tucker, .38 Special, Travis Tritt, Albert Collins, BB King, Led Zeppelin, The Beatles, The Rolling Stones, Bob Seger, Blackfoot, Grand Funk Railroad, Lynyrd Skynyrd, The Eagles, Waylon Jennings, Hank Williams, Charlie Christian, Bob Wills, Santana & Rush it would sound a "little" like SUNDAY DRYVER!!!
Our BIGGEST influence , however is, God The Father & our Lord & Savior, Jesus Christ.
Every lyric we've ever written has been a gift from Heaven, and we've merely used our God given talents to conjer them into songs. We are Blessed and Honored to have been brought together in this manner, to be used as a vessel to minister to those who need to hear God's Words thru testimony and Praise.