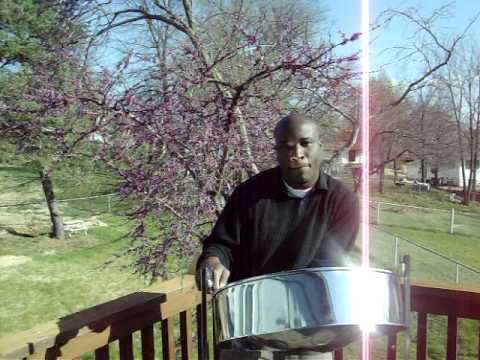 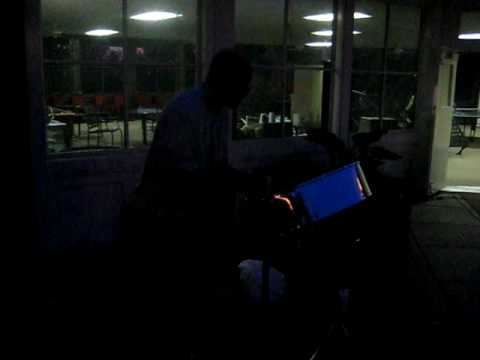 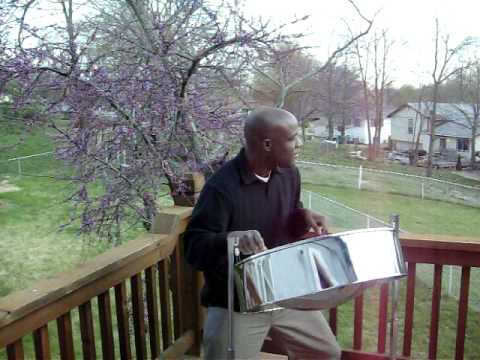 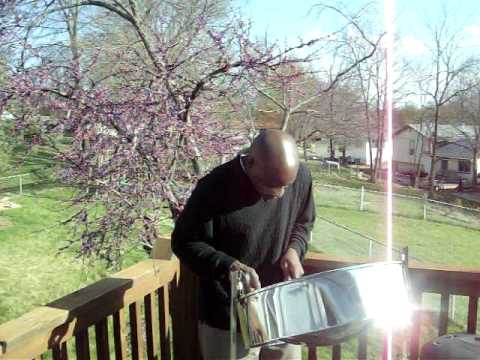 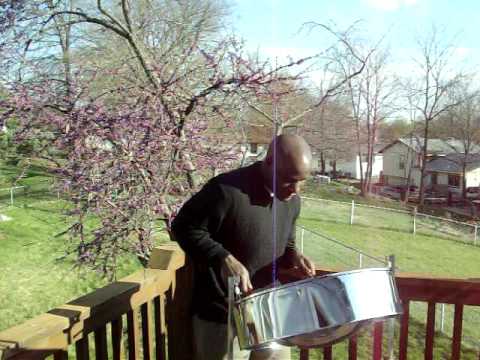 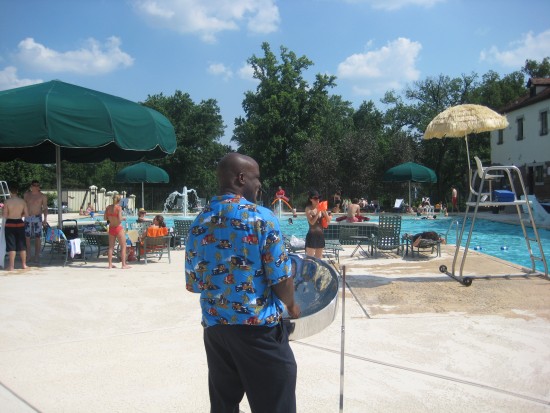 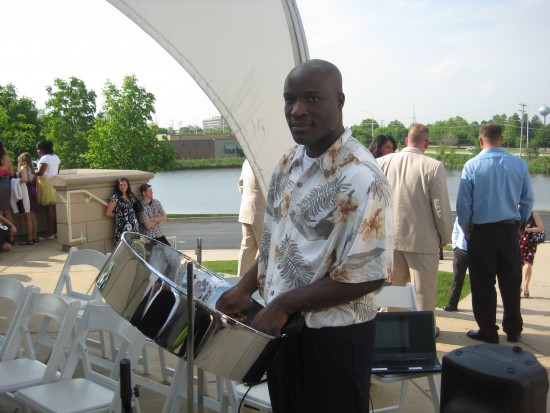 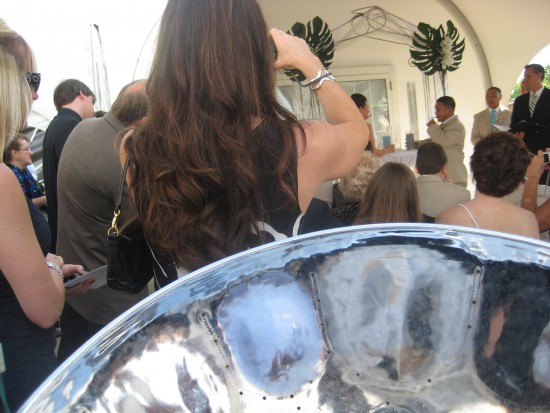 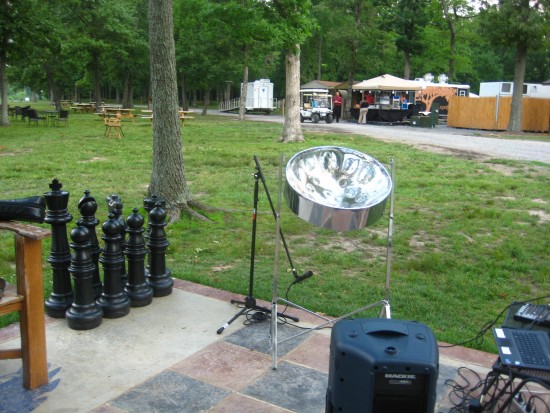 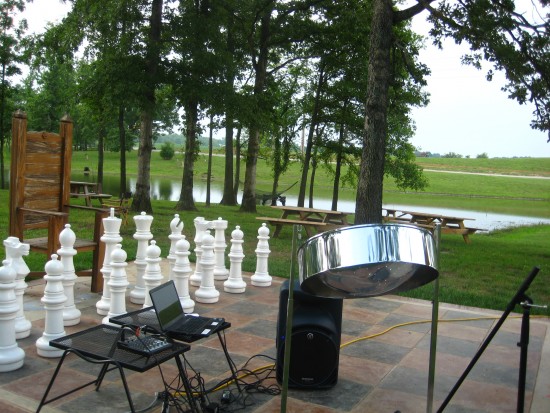 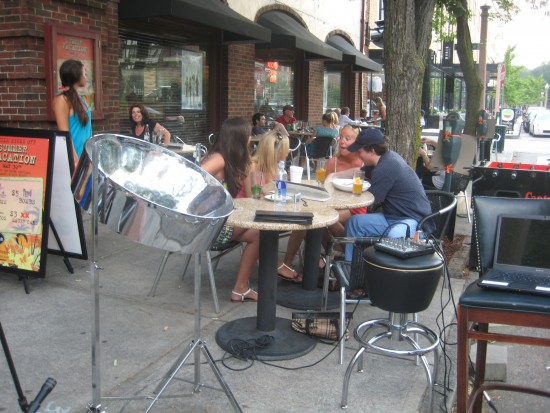 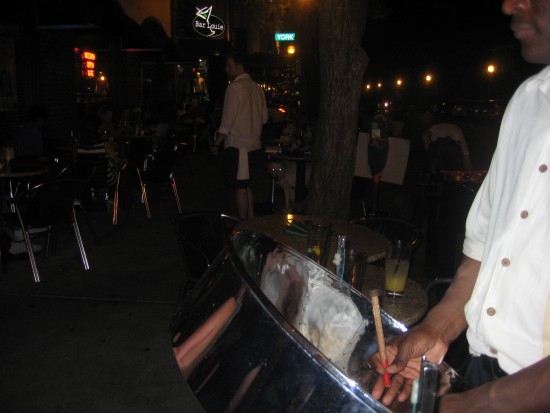 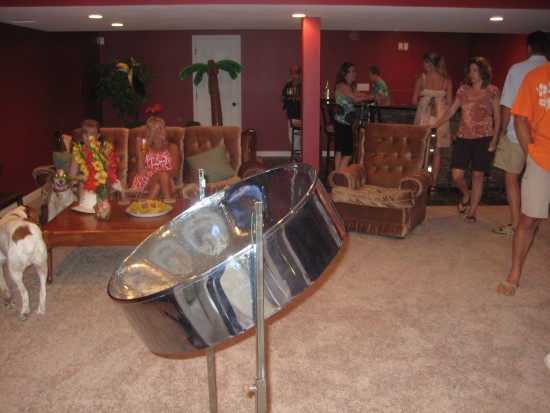 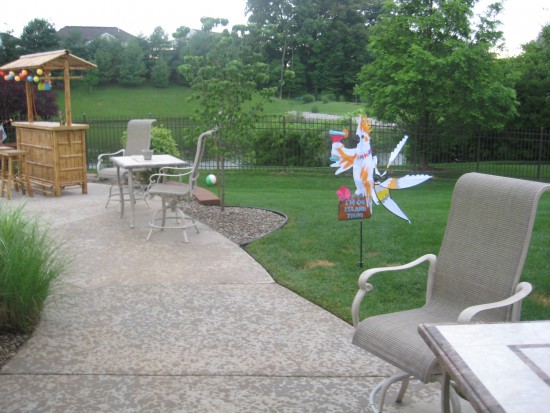 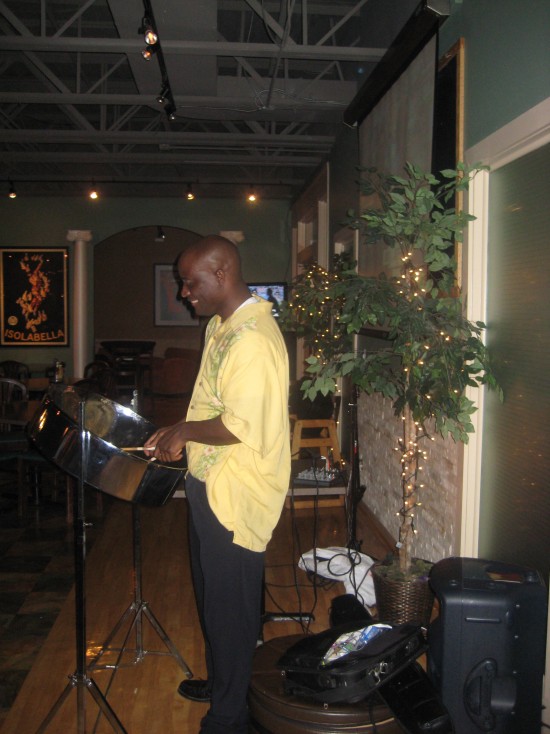 Steel drummer Nigel Thomas from the Caribbean island of Grenada has been playing steel drum in St Louis, Chicago and the entire US for over 20 years. Nigel has been featured on FOX 2 News and Channel 11 (KPLR) News. Whether you want to take a temporary virtual tour in the tropical islands, grab your Margarita, and you ALMOST have the Caribbean in your backyard. Continue to close your eyes, think about your footstep in the sand on the beach, the only thing missing to make this event COMPLETE and memorable is live steel drum music featuring Nigel Thomas.

We first met Nigel Thomas, from Steel Drum Flavor, at Valentine's Day 2010 wedding in St Louis. We were blown away by how awesome he was on the steel drum! We knew we wanted him to play for our wedding ceremony and booked him immediately. He is very personable and easy to work with; he even accommodated our request for him to learn a completely new song for the bridal party processional one month before our wedding despite his busy schedule. On the day of the wedding there were a few hiccups in our plans, but one thing that went off without a hitch was Nigel's playing. It was apparent that we made an excellent choice in booking him for the ceremony. Our guests raved at how beautiful his playing was as he serenaded them while they awaited the start of the ceremony. Our highlight was when he began playing the bridal processional song ("Here Comes the Bride" ) as it was our first time hearing his rendition. We felt the true emotion of the song through his music and it made the bridal walk down the aisle even more special than we previously imagined. We highly recommend Nigel for weddings or any special event as he is a gem of an artist.

Nigel was the highlight of our Christmas party! Nigel is an amazingly talented musician and lovely hula dancers complimented the music beautifully! Nigel’s great energy and warmth put everyone at ease and created the perfect aloha atmosphere. He has a high standard of professionalism, was extremely easy to work with, accommodated all our special requests, and has a top notch setup. The volume was perfect - loud enough to enjoy the music yet allowed everyone to socialize. Our guests keep telling us that the music MADE the party. I highly recommend him! Thank you Nigel, for an evening to remember!

I had a luau birthday party and Nigel created the perfect touch! It felt like we were in the sslands all day. Everyone were asking where I found such a great entertainer. He was energetic, friendly to everyone and even made a speech to me at the end of the celebration. I couldn't have a better choice!

Nigel Thomas was born on the exotic, sun drenched, spice island of Grenada. He was surrounded by soca, calypso, and reggae. His mom was born in Trinidad, the home of steel drum, and his dad from Grenada. His parents often brought him to steel band house called “The Panyard,” at a very early age. This experience exposed him to melodies that he would later fall in love with. At home, the continued rhythmic sound of the steel drum resonated from the stereo system.

Nigel started playing single tenor at the age 8, with a friend of his mom in the next village. There were many steel drum bands or steel band, all over the island, at that time. The problem was deciding which band he wanted to play for. Since then, Nigel has played throughout Missouri, Indiana, Oklahoma, Texas, Illinois, Grenada, Trinidad, Barbados and Antigua performing in numerous Concerts, Expositions, Cruise Ships, Night Clubs, Weddings, Ecological events, & Benefits.

Nigel played along side friends Andre Greenidge, Ainsley Joseph and Rhoda Hall. He felt fortunate to open in a concert with Darren Dyke from Austin. He also took stage with Yard Squad.

From Texas Nigel moved to Missouri, where he pursued graduate school at Washington University in St Louis. He usually plays at mass at St Alphonsus Rock Catholic Church. He continues to strive to let his music be a blessing to his audiences wherever he plays. He likes to "let the music do the talking."

Special thanks to Andre Greenidge, Cecil Noel, Rhoda Hall, Ainsley Joseph, Sparkle Washington and Alan Black for their influences and support. Special thanks also to Ray Decoteau (RIP,) who provided him with all his instruments whilst he was out of Grenada. Ray was pivotal in ensuring that Nigel always had premium instruments to obtain the best sounding music. 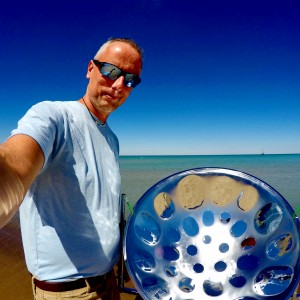 Kent is a solo steel drum artist from Chicago & NW Indiana. He performs with amazing sounding backup tracks (all recorded by him using real marimbas, drums,…

Millicent A. C. said “"This band was the perfect touch for our event. They knew just what songs to play for our guest. They're breaks were very short, and they interacted…” 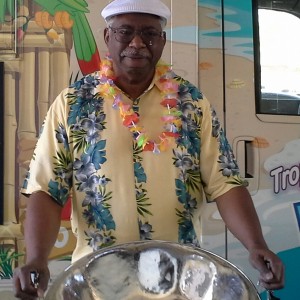 Hayley R. said “Norman went above and beyond to make sure our wedding reception was perfect! He was great to work with and so kind, plus the music was excellent!”

Kathleen H. said “We booked Backbeat Entertainment for our son's wedding; both ceremony music and a 7 piece band for the reception. It was the highlight of the event! Our…”