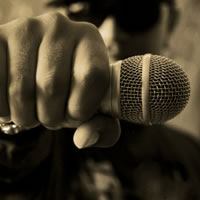 I story tell & get the crowd hella hyped, hard work and dedication is no biggie. When you loving what you do, there's no stress about doing it. Contact me asap, it isn't easy growing up as a rapper in Fort Worth, your interest would be deeply appreciated. UET

Be the first to review Sir Alexander

Well for starters I was born in 98' so I'm 16... I didn't like how the world was treating me and I was really bored with my life... my first passion had to be dancing. I used to breakdance and from there I began boxing, which took another 2 years of my life. Boxing is a family sport and it still means a lot to me today. I fought myself for 2 years not knowing if I loved boxing or rap more... after 2 years of the most brutal contemplation ever, I realized that rap was my greatest passion. I copped my first rap album when I was about 10 and it was "Anarchy - Busta Rhymes", that's when I fell in love with the love. The funny shit is I actually stole that cd from my cousin way back when I used to hang with him. Anyways, after listening to Anarchy I started freestyling because it made me feel cool. I was never the cool kid but when I expressed myself with through rhyming words, it just felt good. I found it as just a hobby, something that I could do and keep myself occupied with. Little did I know though, that was my elementary self heading towards where I am at today. Middle school was where I started writing real shit. I never showed anyone my real raps though because I was always afraid of being called a loser and shit, but I could and I did make tons of people laugh with the parodies that I also wrote. To get to the point I didn't take this music thing serious until my freshmen year in high school, and ever since then I've been creating art.

I managed to make money by selling food/snacks to my peers and by mowing lawns. I saved up enough money to get myself my first ever studio. I felt like the shit when I held my mic (lol I didn't even have a stand yet) and I don't ever want to say that it was easy to get it. Now as a Junior in high school I want success in this rap thing, I want to open up doorways to places my fans have never gone to. I believe that by liberating myself I'm liberating others, and it's true because I have those prized possessions to prove it (emails and fan letters). I want to leave a mark on the people, not no harmful mark but an uplifting mark. I do this shit for those who can't, and I won't ever stop what I have started... that's why I'm on this site because I'm just trying to find a place to spread love and positivity with. It's so difficult to make it from here but with just a little support I can do it. Hit me up and I promise you, I mean I PROMISE YOU! You'll be more then amazed by my performance. Thank you so much if you read this far, that means you really ride with me! My information is somewhere here below so don't hesitate! Much love 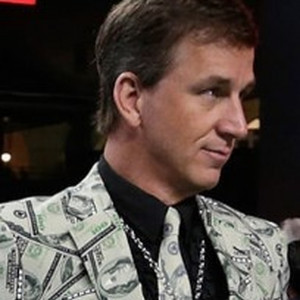 Rapper From Flint, Michigan Trying To Make It In The Game!