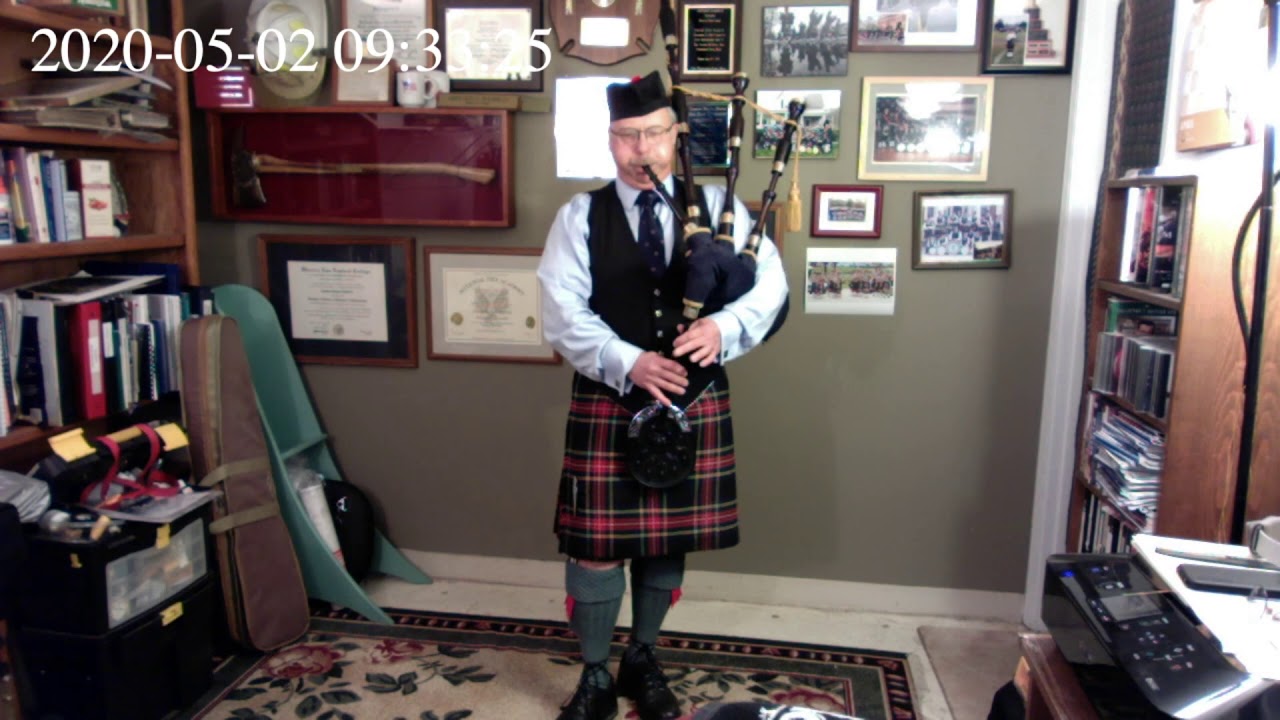 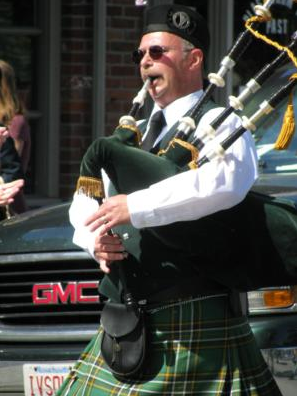 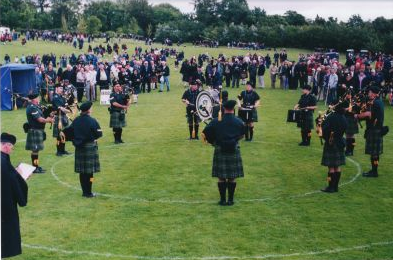 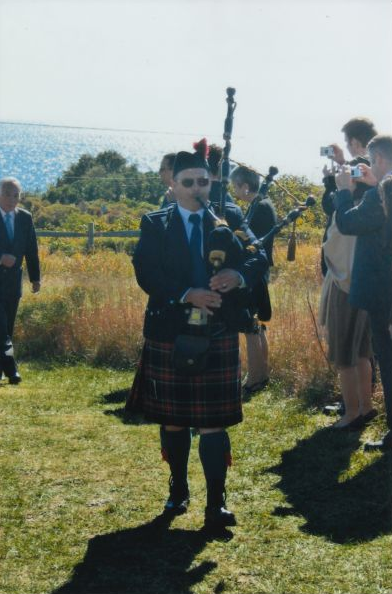 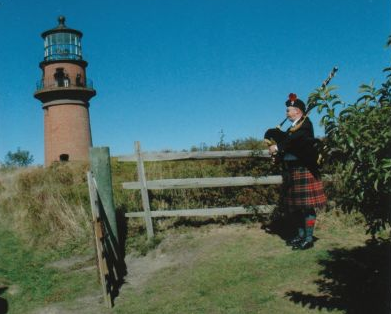 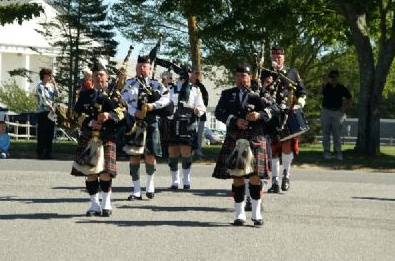 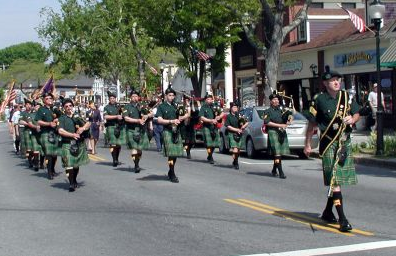 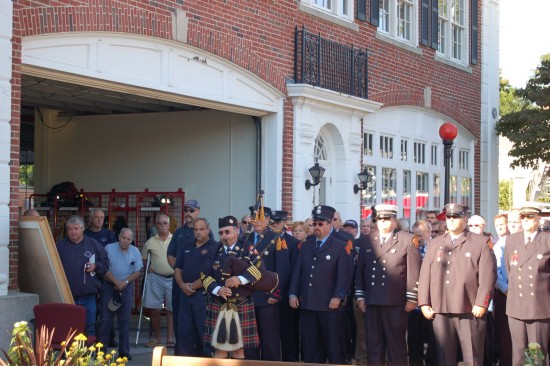 Very professional. Great musician! Got so many compliments. He added so much to the event. Went above and beyond our expectations. We couldn’t be happier with his performance!

Loved his choice of music and how easy it was to communicate my choices as well! He was just perfect and made our event!

Piping for a funeral

Bagpiper for our daughter's wedding.

We were very happy with Pipe Major Hamblin's performance at out daughter's wedding. Hi song selection was on spot and added a nice welcome and exit to our guest. His attire was clean and appropriate for the occasion and we received many compliments from guests. We highly recommend Mr Hamblin for anyone looking for bagpipe entertainment.
Joseph Winters
Mashpee, MA

What a GREAT way to honor a GREAT MAN on his 79th Birthday!!!!! Though it was a last minute idea, Pipe Major Sheldon C. Hamblin immediately responded to my inquiry and was available for the surprise the very next day. He marched into the nursing home with bagpipes playing!!!!! It made the celebration extra special. There are no words just how special. The family, staff, and residences really enjoyed it.
THANK YOU PIPE MAJOR SHELDON HAMBLIN!!!!!!

No complaints whatsoever for my wedding. Very professional and able to operate with little direction. Completely adaptable in a turbulent time for us. Cool, calm and excellent player, as we had a guest who also played and could attest to his skill. Thank you, Sheldon.

Talented, on time, and professional

Such a nice addition

Sheldon was great! Just the right amount of background piping to add to the ambiance of the day! Would do it again.

Amazing! Added that special touch to the ceremony! Highly recommend!

Bagpiper was huge hit at jack and jill wedding shower!

Sheldon was wonderful! He and his bagpipes were just terrific. And, he chose a terrific selection of songs for our wedding shower. Super fun. Wonderful feature for the soon to be bride and groom!

Sheldon was a trooper and came to our boat launching event via ferry... he was reliable and played for more than we had originally agreed... I'd recommend him for your celebration.

Many of the guests at my daughter's wedding commented on how great the bagpiper was. They really enjoyed hearing the bagpipe! Pipe Major Hamblin was a delight to work with, he was very attentive to my requests, very friendly and very talented. I would highly recommend him to anyone looking for a bagpiper. Thanks Pipe Major Hamblin!

Pipe Major Sheldon Was Both A Blessing & Major Contributor To My Daughters Wedding. Not Only Was He There Early And Well Prepared, He Played For An Additional Time Frame. Five Star Rating

Superb! Communicated with me successfully and accurately 100% of the time.
At the service he played the Marine Corps Hymn, Taps, and Amazing Grace. On a scorecard he gets an A+++.

Sheldon is the absolute best!

I hired Sheldon to work my wedding on July 12th. He was nothing short of amazing. We communicated several times leading up to the big day and on the big day he was just amazing, and a true professional. I would highly, highly recommend Sheldon to anyone and everyone.

very pleased with his selections and he played all the songs I ha d asked for.It was just what I wanted.Thank you so much Pire Major Hamblin

Big surprise to retiree Sheldon came promptly on time in full regalia ,played for the agreed 30 min. We were very pleased!

Mr. Hamblin showed up early and was ready to go well before the service started. He played extremely well and was very professional. I would highly recommend Mr. Hamblin.

As a performer, at most events, I find coming in slowly, playing and then quietly going off or marching off to a tune is most effective. Solo performances such as recital style for parties are different. There I like to march in playing. Introduce myself and announce the tunes with a little history of the tune or myself or the pipes. Finalizing with marching off to a retreat tune.

I regularly pipe in guests with slow airs, for weddings, funerals, memorial services. I have performed the processional and recessionals for weddings. quick marches and a few dance tunes following the recessionals, and for parties. I constantly work at improvement with outside instruction both with a solo instructor, and with workshops. I teach via my band, as well as solo students, and am an active member of the EUSPBA. All this to provide the best quality piping for your event. Since retiring from the Fire Service, I do this full time.

I have numerous Scottish and Irish tunes available upon request. I can also supply sample tunes via email. CD's are available that are custom created for the event as a sample of what to expect on higher end performances.

I study with a solo professional piper, pipe major of a grade 1 band via skype. I also attend workshops and teach my band in band work, solo work and competition presentations. 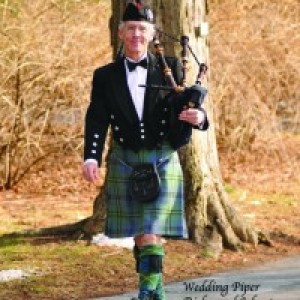 Jani H. said “Richmond is an outstanding musician and teacher! He not only played his bagpipes but gave us an education on the history of bagpipes. He is an educated…”

Caren H. said “Excellent job!! Enjoyed by all!! Thanks so much, Victor!!!”

Richard C. said “The Highland Bagpiper was on time and played the selections our father wanted at his funeral. We all felt better hearing Dads beloved bagpipes. The Highland…” 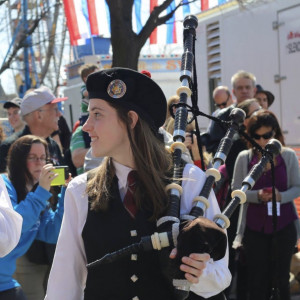 Nicole H. said “Colleen arrived on time and was willing to speak with the pastor that we had speaking for my dad’s funeral. She coordinated which song she would play…”