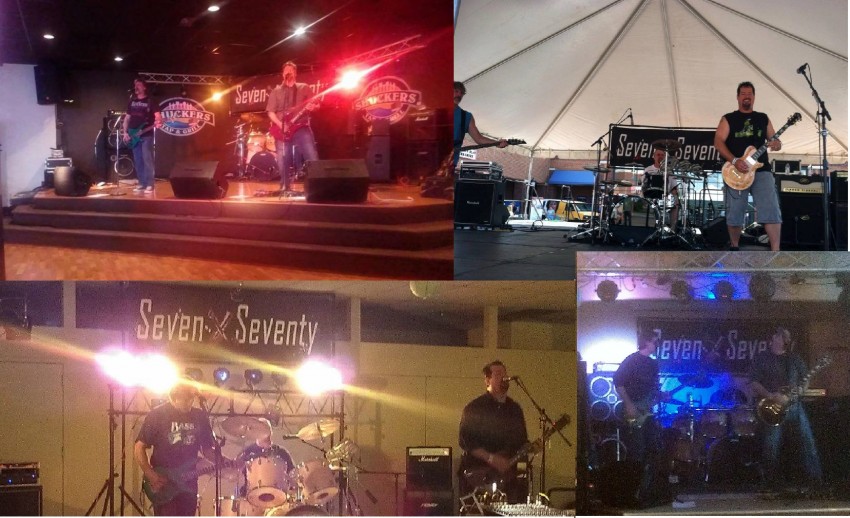 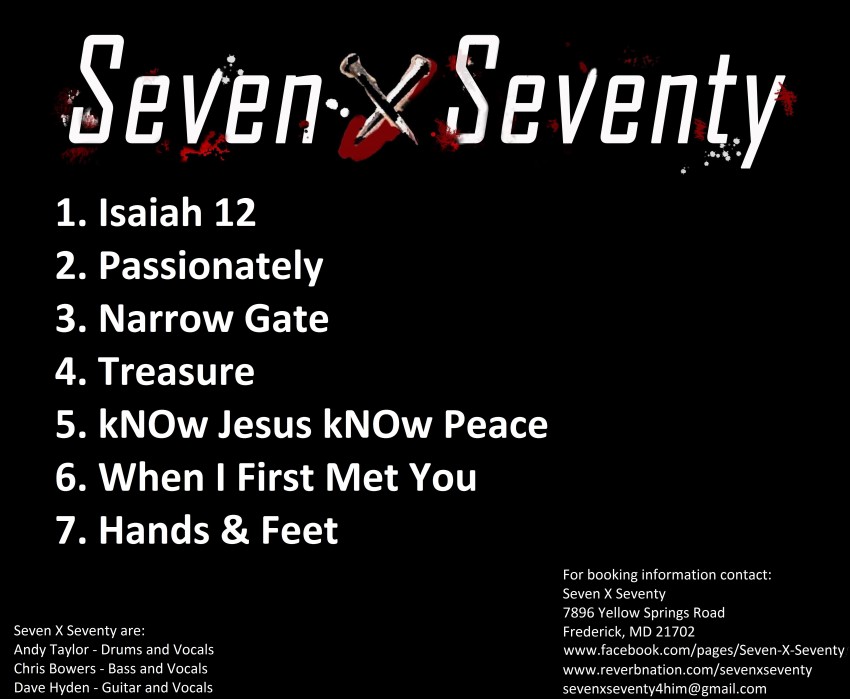 Seven X Seventy is a new exciting Rock N Roll trio performing around the Mid-Atlantic region. They blend many rock styles together into a classic sound all their own using textured guitar tones, three part vocal harmonies and a Christian message. Seven X Seventy was named’s #1 Christian Rock band in the Frederick, MD region!

Be the first to review Seven X Seventy

Seven X Seventy are three 3 Christian men that serve at local charity organizations and at their churches. You can expect that not only will we play music but we will witness and pray with the audience. We feel that if it is only about music, then we are wasting our time. We feel we are called to use our God given talent for Him and reflect His glory.

Seven X Seventy not only perform at church events but also witness in public including live music venues, parks and restaurants. We were very proud to be the first Christian band selected to play at Celebrate Frederick’s IN THE STREET in downtown Frederick last year.

We are looking forward to many outreach events. Music Rocks Autism at several Mid-Atlantic region venues, Planting Hope at the Frederick Fairgrounds, Rock the Need at Frederick’s Westview Promenade shopping center are among several already planned in our region.

We have begun writing and recording our 2nd record and hope to have it ready for release late this year.

Seven X Seventy is a new exciting Rock N Roll trio performing around the Mid-Atlantic region. They blend many rock styles together into a classic sound all their own using textured guitar tones, three part vocal harmonies and a Christian message. Seven X Seventy was named (link hidden)’s #1 Christian Rock band in the Frederick, MD region!

The band is comprised of Christian men that used to tour with rock & heavy metal bands. Some of the groups they collectively have shared the stage with are Joan Jett & the Blackhearts, Kix, Blue Oyster Cult, Ronnie James Dio, The Rods, Wrathchild America, Childs Play and Pillar to name a few.

We are a three piece band that can provide our own backline and set up just about anywhere.

1. Pre-service music - BEFORE THE SERVICE WHILE FOLKS ARE GATHERING, SXS PLAYS:

WHEN I FIRST MET YOU
HEAVEN ON EARTH

LET THE PRAISES RING
FOR YOUR GLORY

7. A Testimony/Time of Sharing - EITHER SXS CAN SPEAK OR FBC PASTOR
8. One song for an Offering - SXS PLAYS:

THE WELL - LOW VOLUME ENDING WHEN PASTOR COMES UP TO INVITE 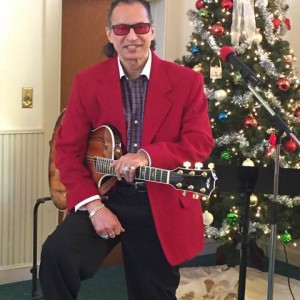 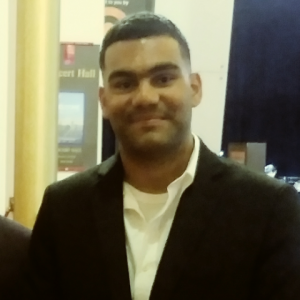 Scott S. said “We decided to add an accordion player to our Italian-themed party as an extra, over-the-top suprise. Antonio is a very talented musician and did a wonderful…”