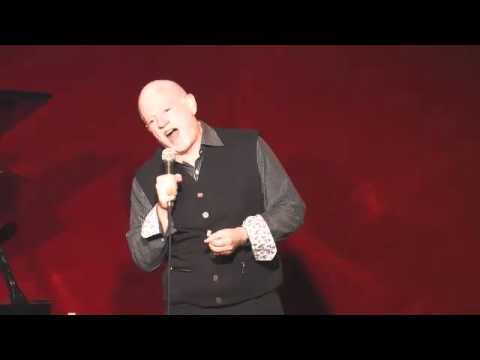 What Exactly Is the Great American Songbook - cabaret show

A veteran musical theatre, cabaret, and jazz performer with shows including "What Exactly IS the Great American Songbook?" and "Too Marvelous For Words [the Johnny Mercer Story." Critically-acclaimed big band CD and new retro pop ballad release.

Be the first to review Scott Walker

Scott is a highly professional and entertaining singer. His speciality is the Great American Songbook and what he calls Songbook 2.0 -- the standards created since the rock era began. Scott is also an excellent host and storyteller, and can weave the tales that led the creation of the greatest hits of all time.

From a solo piano to a Big Band, Scott can present any combination your event requires.

Scott Walker has appeared on stage across Canada in productions that range from Shakespeare to Steinbeck to Sondheim, and was recently featured in the Hallmark TV movie, Freshman Father. His Big Band CD includes classics from the Great American Songbook on which Scott is accompanied by a Who’s Who of Canadian jazz. His new digital single, Someone I Don’t Even Know, is a love song he wrote after meeting his wife, Anne, more than 30 years ago. He is the narrator on the Youtube comedy hit, Spiders on Drugs – more than 40-million hits and counting.

The set will vary from the Great American Songbook era and appropriate musical theatre classics. You can pick your favourites, or leave it to Scott.