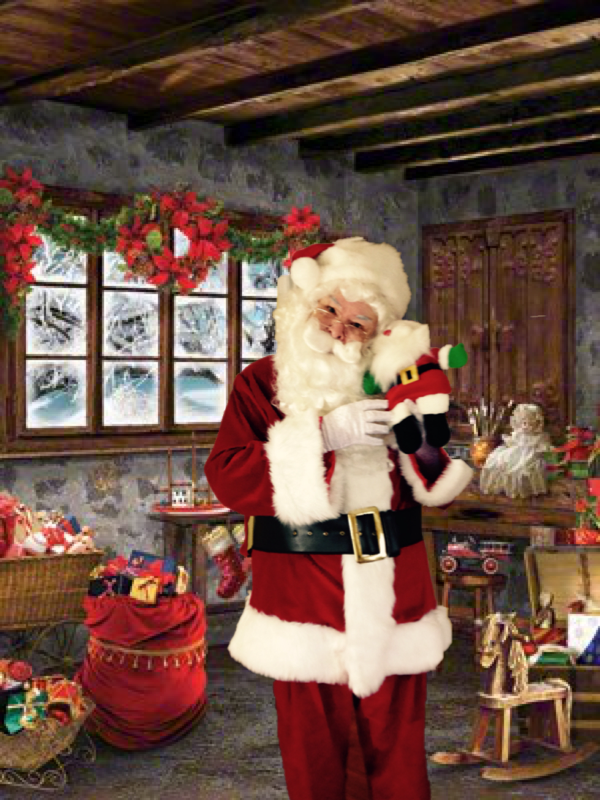 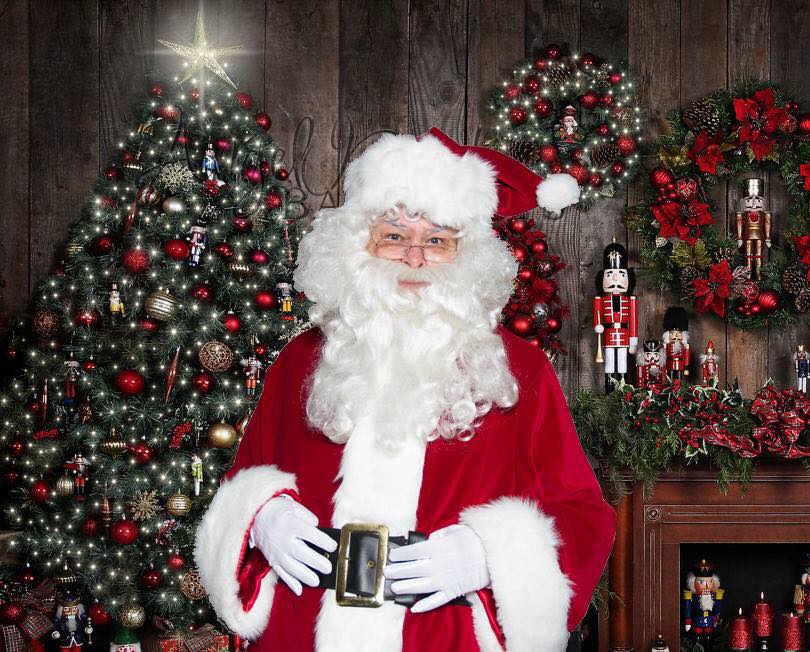 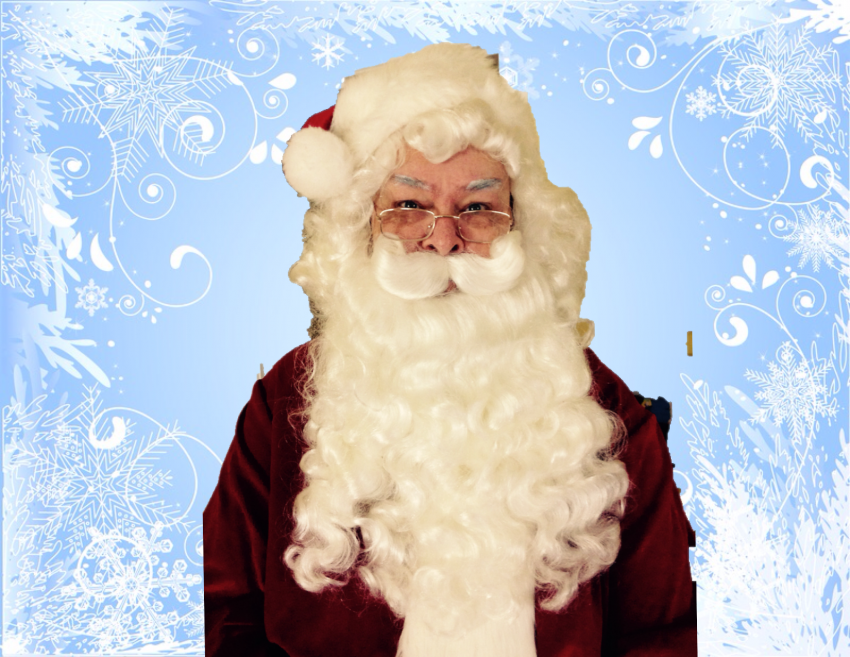 Now how did Randy get Santa;s magic key? 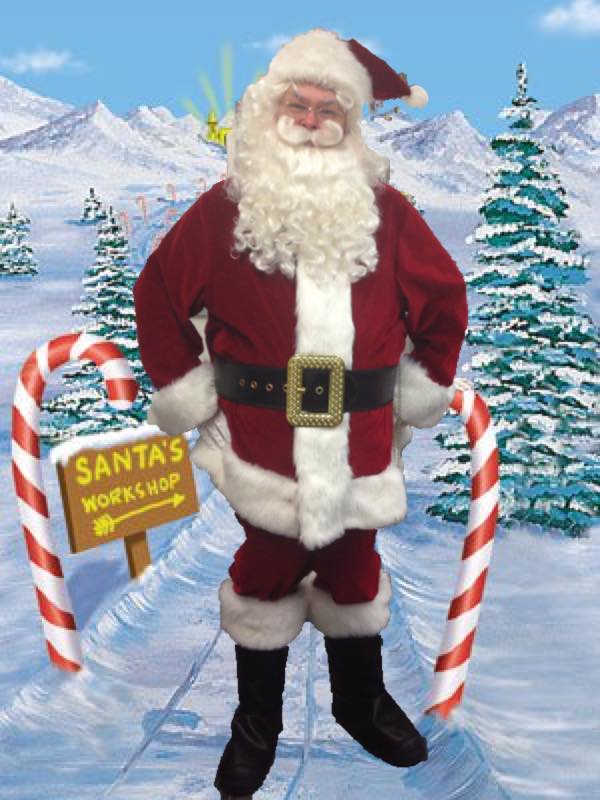 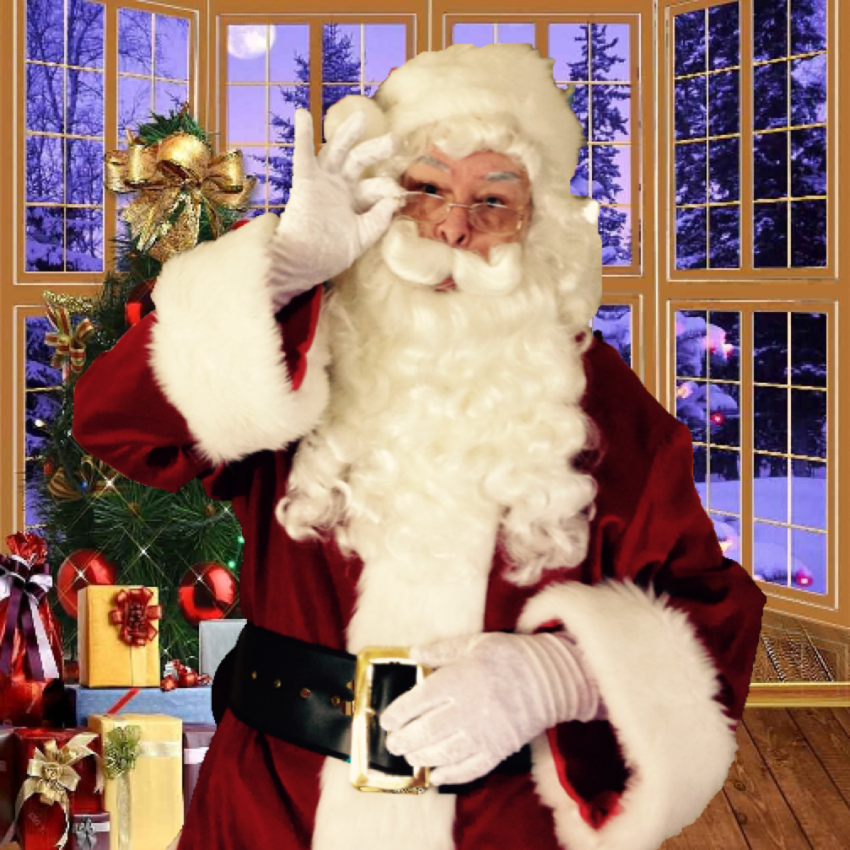 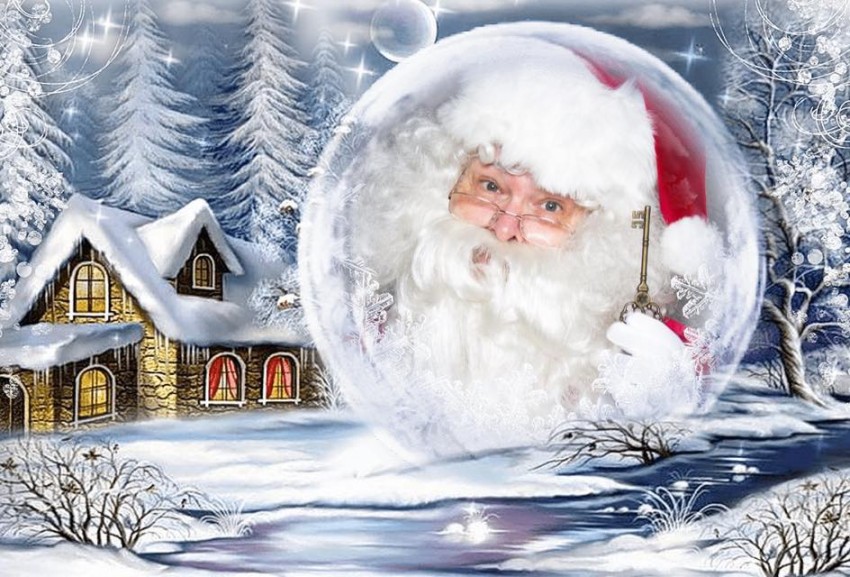 Santa loves to be silly too! 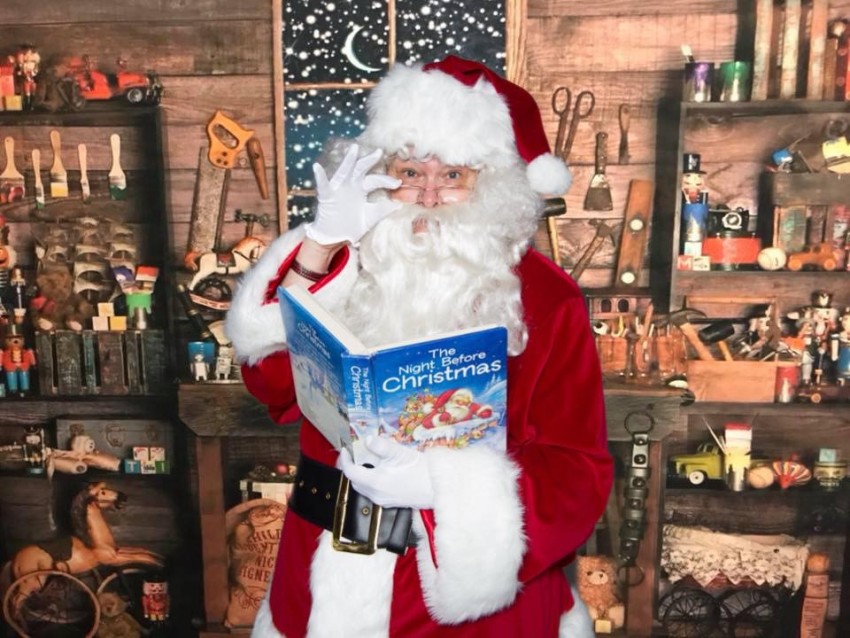 Santa Neale Bacon brings his 35+ years experience as a ventriloquist and magician to being Santa Claus. Santa Bacon can hand out the gift and pose for pictures, but he can do much more.
Santa Bacon is a graduate of the SATBOBS Santa school.
Santa Bacon can also bring some fun with his little friend Randy the Reindeer (Rudolph's son) & even a little "magic" of the season. He can also tell stories like The Night Before Christmas (from Santa's viewpoint) or Santa's Magic Key, and many others.
For your peace of mind, Santa Bacon has had an RCMP background check.
Please note Santa Bacon is NOT available Christmas Eve or Christmas Day. Christmas Eve is for church and Christmas Day is for Family!

Santa Neale was very professional and wonderful with the children at our company kids holiday party. He even took pictures with our office pups! I would highly recommend Santa Neale for any party and we will have him back next year! Thank you Santa!!

He arrived on time and looked just like Santa. He told the children a story and was engaging with them. Would book again!

Thank you. I love telling the Christmas Spiders story. Hope to see you next year.

Santa Neale was great, he arrived very early to have ample time to get ready and was wonderful with the children giving presents, taking photos and even telling a story for them.

Thank you Jessica! It was a lot of fun. Great group of children!

Easy going, flexible, and great with everybody!

Neil was terrific! We hired him as our Santa for our Christmas Party/dinner. Each of the 40+ families had ample time for photos as he called out the childrens' names and gave them their gifts. Many thanks Neil and we would definitely recommend you to others.

Neale was on time, very friendly, great with kids of all ages and liked by all. Thank you for a successful event!

Thank you. I had a great time. See you next year!

santa from north pole has arrived!

great santa to deal with
used him for a corporate party and was very accomodating in mingling with our guests and kids
was on time and did what was asked to do to make it a great xmas atmosphere
highly recommend!

Thank you Morris. I had a lot of fun.

Santa Neale Bacon can hand out gifts or pose for pictures but he can also bring a little something extra to your holiday events. Drawing on his 35+ years as a ventriloquist and magician who specializes in children and family shows, he now brings those skills to the world of Santa Claus.
He can also do meet and greets or mix and mingles possibly even with his little friend Randy the reindeer (Rudolph's son).
He can read his special version of The Night Before Christmas, adapted to be from Santa's perspective on that special visit, or Santa's Magic Key, a wonderful story about a boy who moves to a new home with no chimney and wonders how Santa will get in to deliver presents or even the story of The Christmas Spiders. He may do a little Christmas magic or lead the children in singing Christmas songs.
If you have other ideas, Santa Neale will do his best to accommodate your needs, as long as it is nothing that would be contrary to the spirit of Santa or Christmas.
Please note Santa Neale is NOT available Christmas Eve or Christmas Day. Christmas Eve is for church and Christmas Day is for Family.
Please note deposits are considered retainers and as such are non-refundable.

Neale Bacon was born and raised in the Vancouver area of British Columbia and has been providing quality entertainment for children and their families since 1977 as a ventriloquist and magician and now Santa Claus!

He also trained at the Axis Mime Theatre and the Arts Club Theatre Schools as well as having worked in film and television. Neale is also a graduate of the SATBOBS Technical School (Santa and the business of being Santa). In fact he was in the first class offered in Canada.

He now combines these skills with the world of Santa Claus, so if you are looking for more than the standard Santa, you want the Burnaby Santa aka Neale Bacon.

Santa Bacon's technical requirements will vary depending on the venue and can be discussed.
For larger events where he would be handing out gifts, reading or posing for pictures, he would need a large chair (not a rocker).
If you need Santa Bacon to call out names for gifts, a PA would be needed.
A private lockable room to change and in longer gigs, to rest is a must.
Deposits are considered retainers and therefore non-refundable.
When sending a request for a quote, please quote the actual length of time you want Santa Neale, not the time of the whole party. For example, if your party is from Noon to 4, but you need Santa from 2-4 then request a quote for those two hours. That way you won't think Santa Neale is too expensive for your budget.
Please note Santa Neale is NOT available Christmas Eve or Christmas Day.

Large chair (not a rocker) for pictures or gift hand outs.

A private room to change and take breaks if needed. A public washroom is NOT acceptable.

Robert P. said “Ok, so where do I begin? Norden is A-m-a-z-i-n-g and Super funny!! Kids had a blast, my five year old along with everyone else, loved it! Thank you, Mike,…”

Steve S. said “This was a great time and we had a lot of fun with Peter. He did a fantastic job and was very entertaining!”

Michelle T. said “My daughter was happy to be with Princess Belle on her birthday!”

Fiza T. said “We had our 14th annual Christmas party on Friday night. Santa Daniel was on time and with joyful personality and great smile the children at Glenbrooke…”