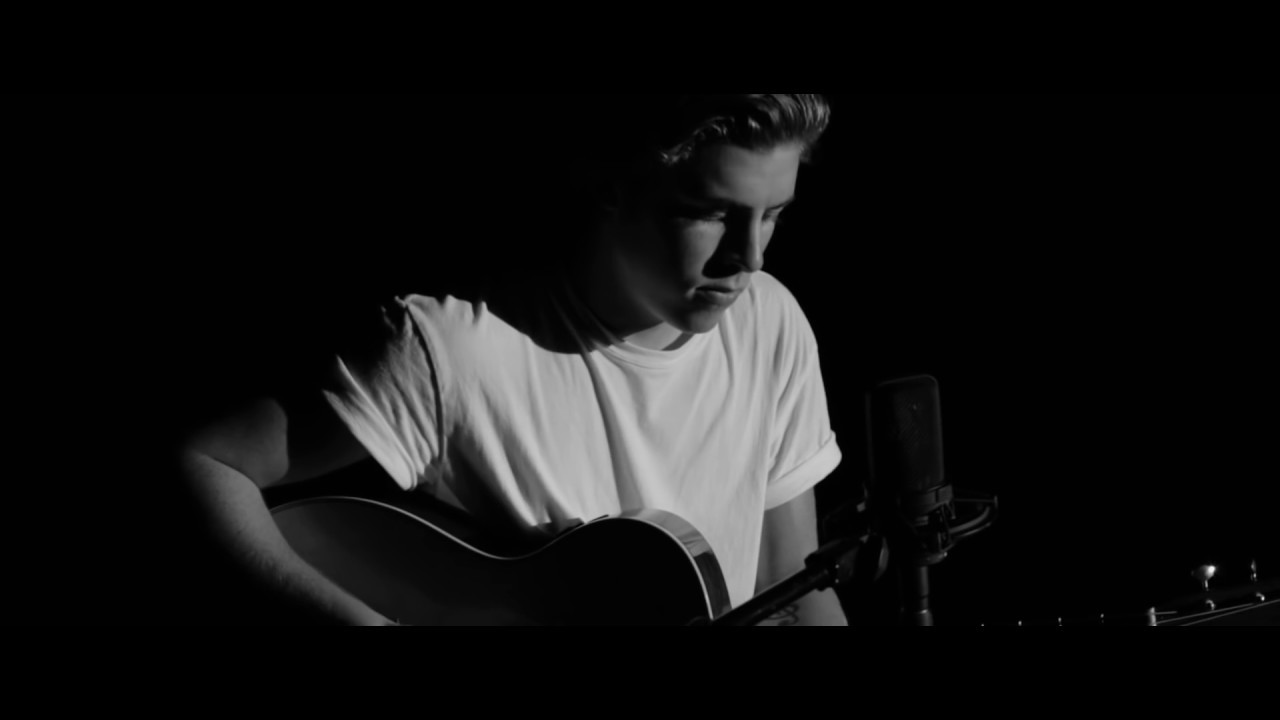 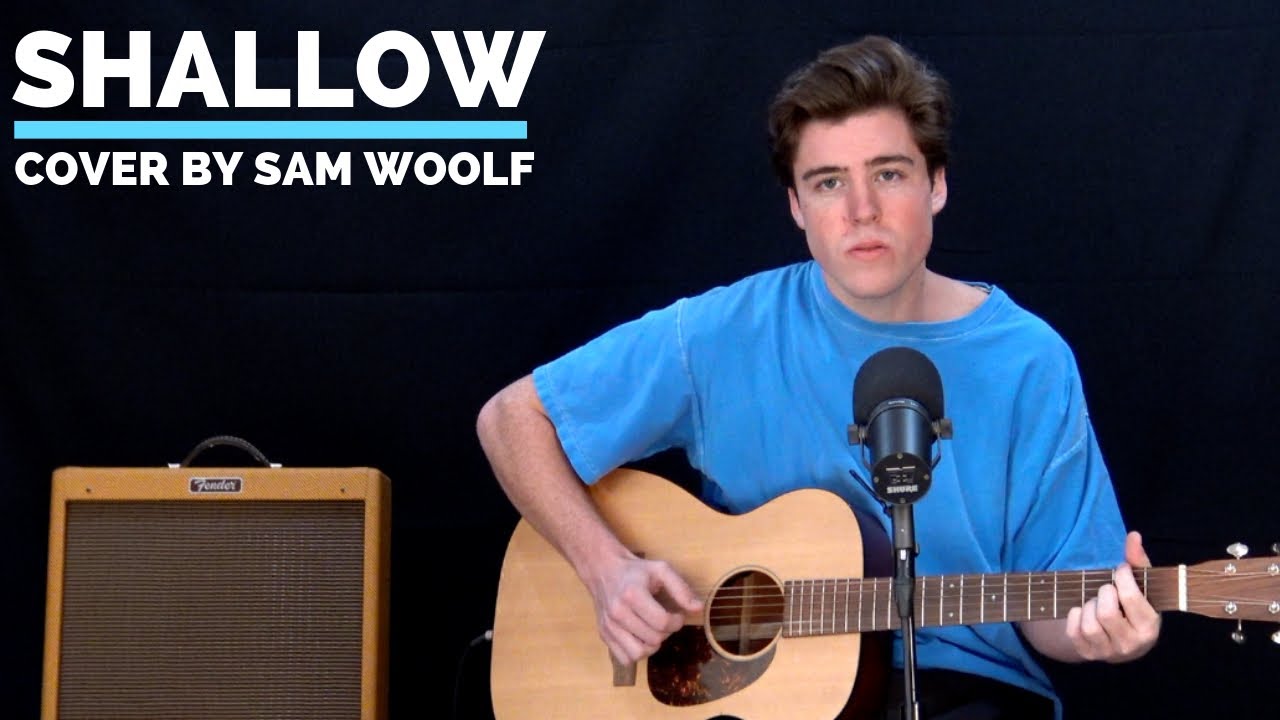 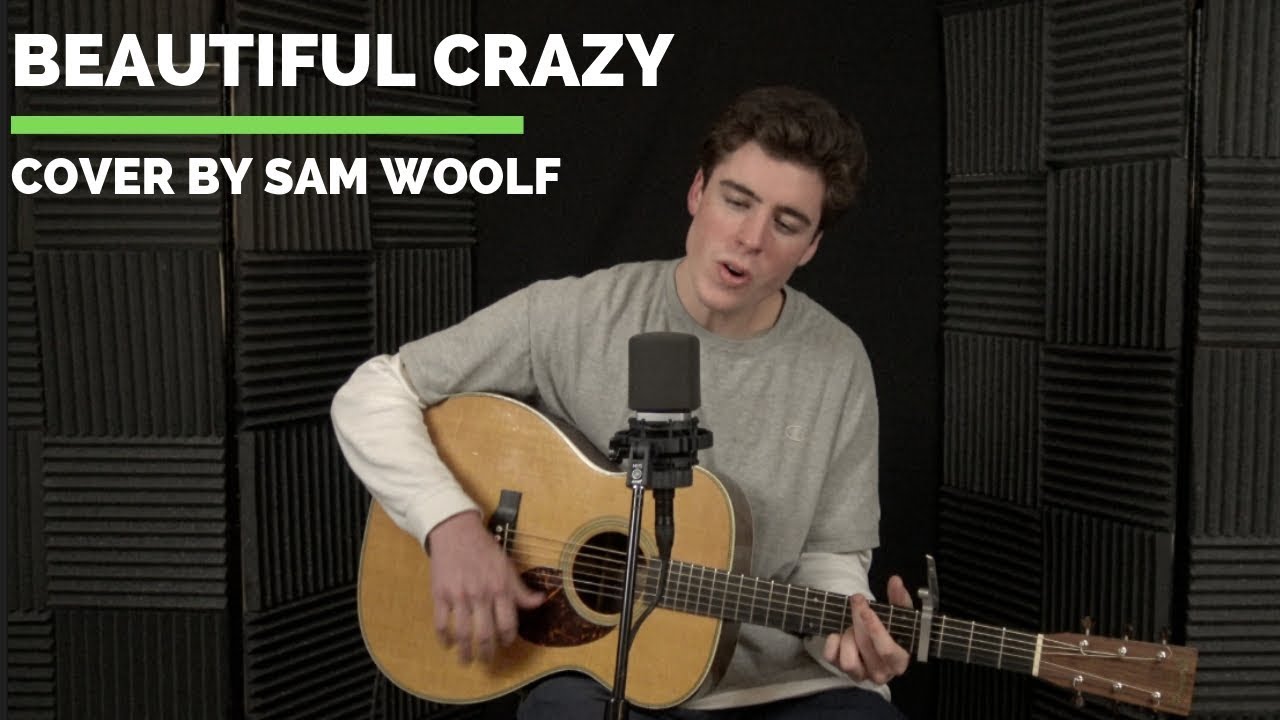 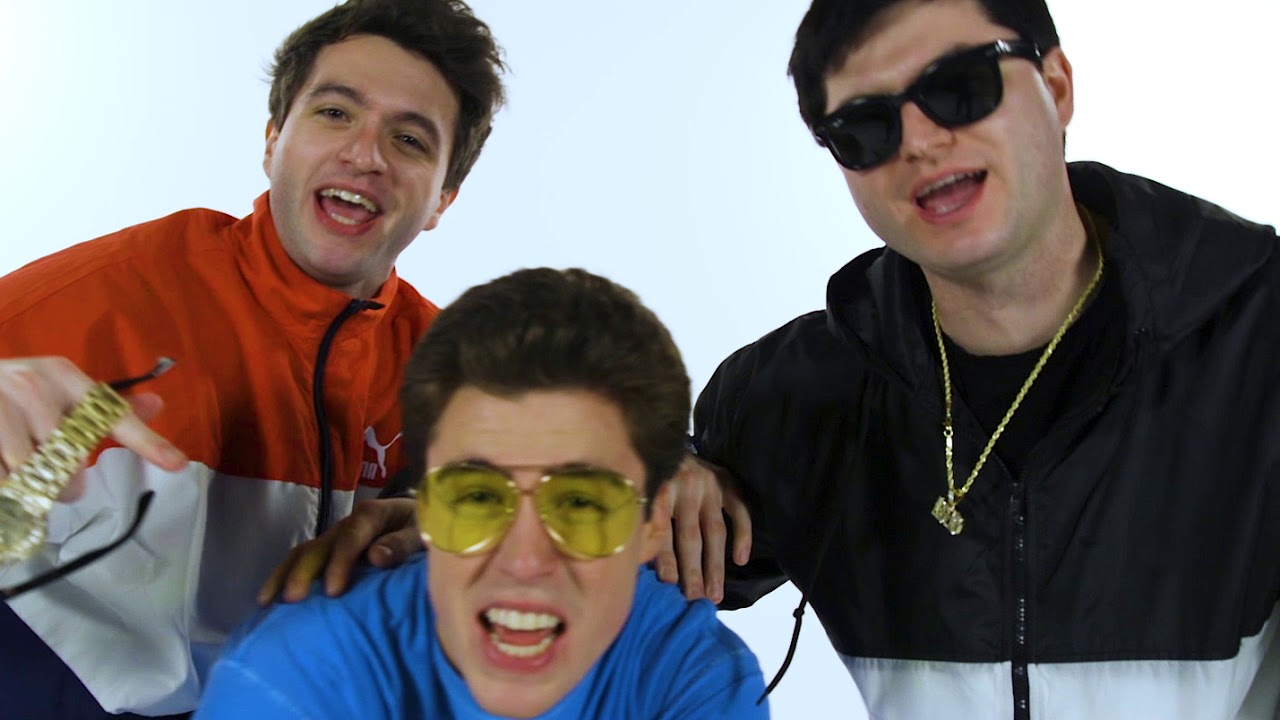 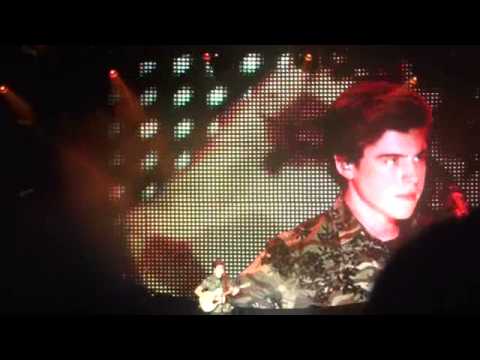 Cover of Lego House on Tour 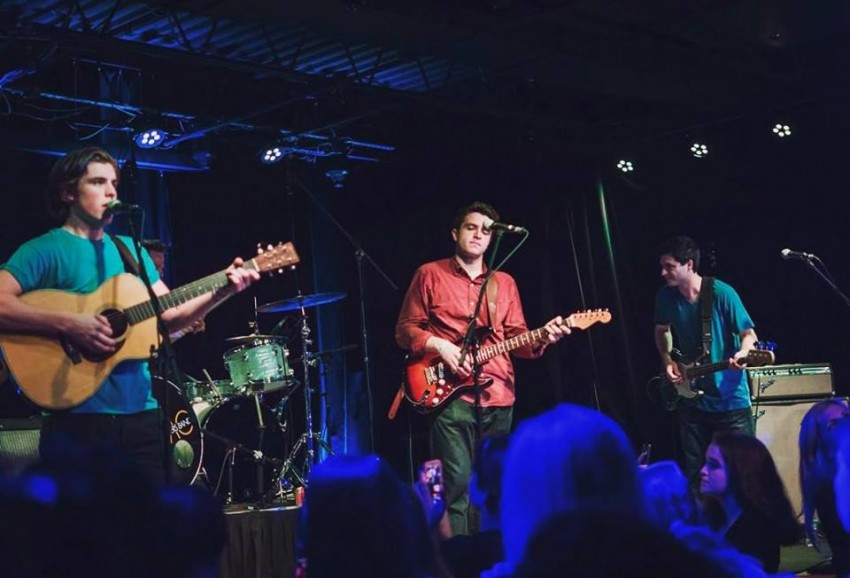 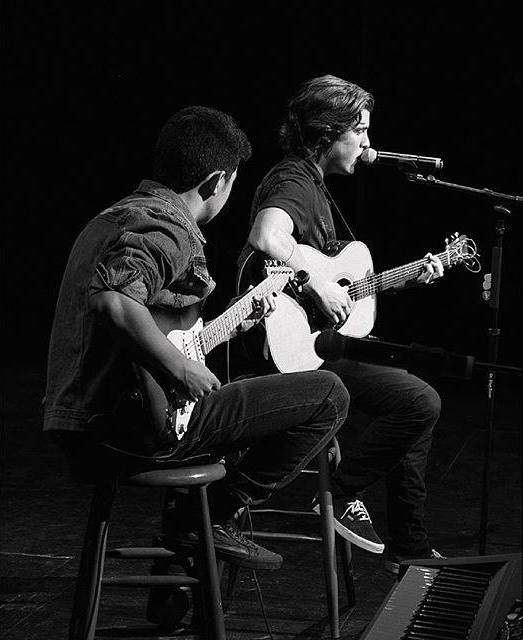 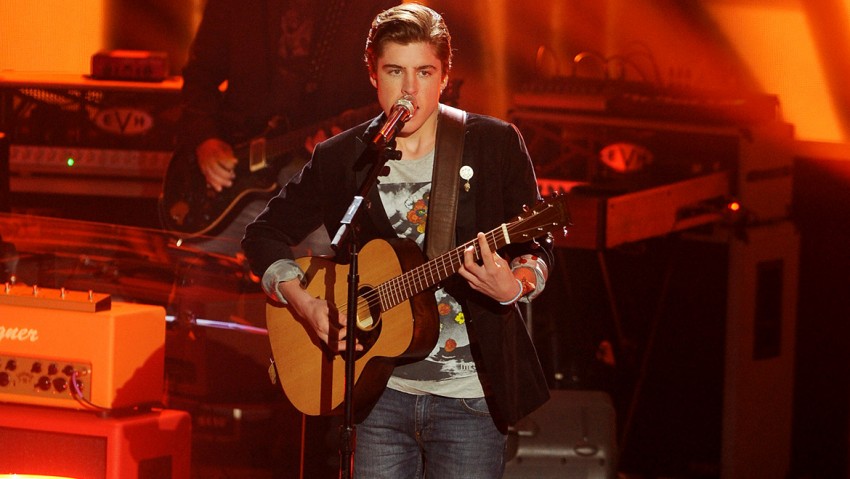 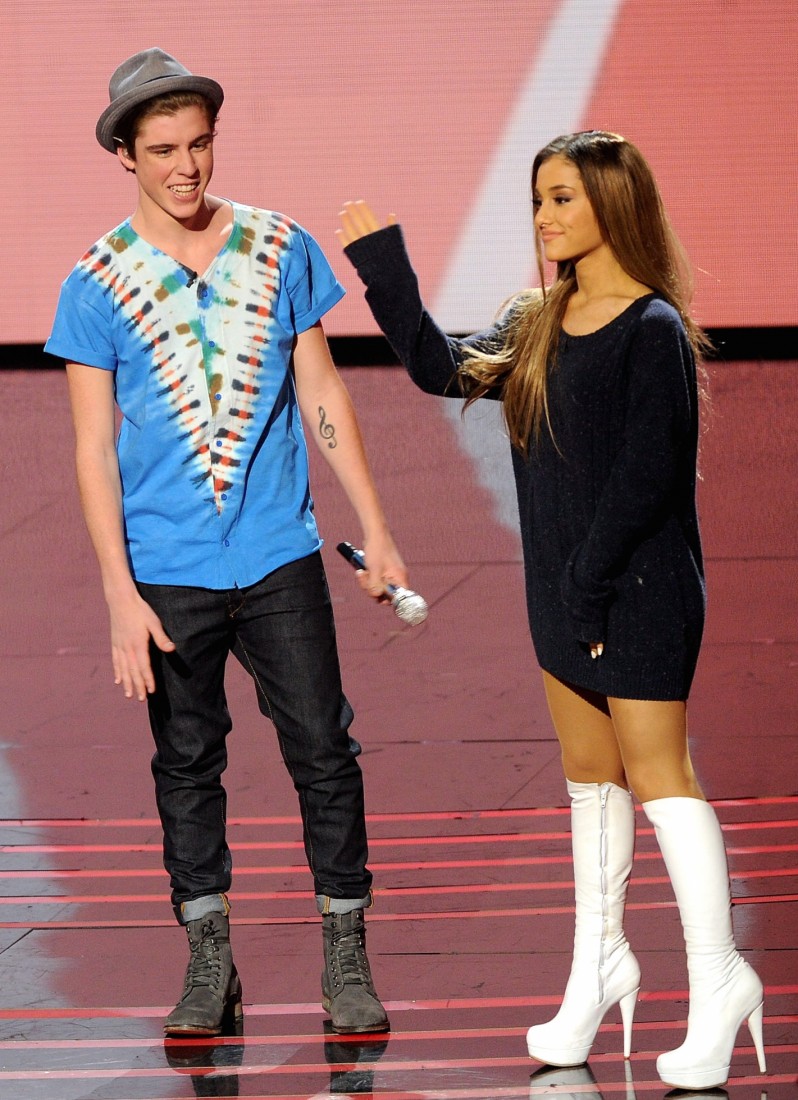 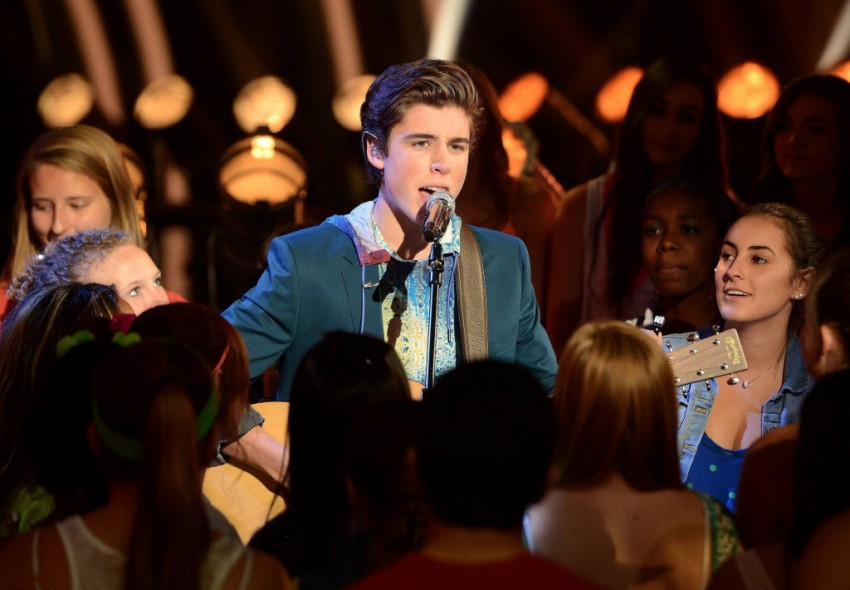 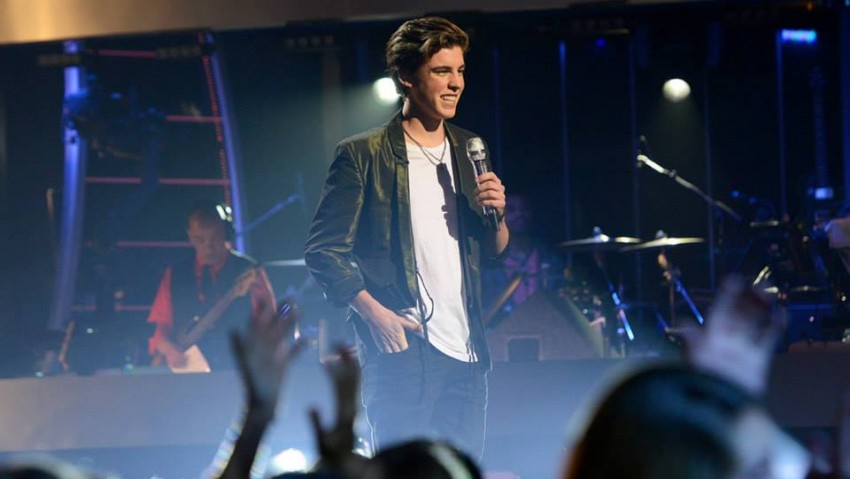 Sam Woolf is a singer-songwriter who gained national recognition as a Top Five finalist on American Idol’s 2014 season. Best known for his original compositions and pitch perfect vocals, Sam has been hailed as a “natural singer whose soul and passion are undeniable in every note he sings.” With the support of his strong network of fans, dubbed the “Woolfpack,” Sam’s live performances and recordings have garnered millions of views on social media. Sam is based in South FL for most of the year and often travels for gigs, but this will add additional amount to the quote.

Sam was simply amazing. He played for our wedding cocktail hour and all of our guests said his voice is incredible and how he was the highlight of the night! We had Sam play our first dance (Beyond by Leon Bridges) and he totally killed it!! Tears of joy! I can't say enough great things about Sam, his professionalism and his amazing voice and guitar skills. Sam- thank you so much for being at our wedding and making our wedding dreams come true. You are a STAR!

Great musician, great voice, great set list!
We had a blast! Thanks Sam!

Sam’s voice is beautiful! He was the perfect addition to our daughter’s ceremony and reception. He was also very prompt and professional. Thank you, Sam!

Thank you Sam! You did an amazing job. Your voice Is incredible and you were super nice to work with. Good luck to you. I wish you much success!❤️

Thank you for making our evening memorable! Wish you a wonderful career ahead

Sam is an incredibly talented vocalist and we were so ecstatic to have him performing at our wedding. He was very professional, showed up on time and played exactly what we asked for our ceremony processional and recessional. He had to shift locations twice within the 2 hours he performed and he was very accommodating. Thank you Sam!

Sam did an incredible job singing at our wedding. Every single guest raved about him! He arrived on time, was super friendly, and is incredibly talented. He sang while guests arrived, for our processional, during cocktail hour, and for our first dance. It was so amazing to have live music for our special day. My sister is hiring him next summer for her wedding she loved him so much. Thank you Sam!

Sam provided several hours of entertainment for our backyard party. He gave us a wonderful assortment of tunes that everyone enjoyed! Sam is extremely talented alented and super nice!

It is always a pleasure to have Sam Woolf here in Warwick NY! His incredible vocals and originals always move the crowd and his covers are great too! So many great songs in his repertoire too. We have him here with The Como Brothers Band - they play, write and record songs together too - and it's always a great night of music! He is a kind, caring and personable singer songwriter who is always happy to share his talent and to chat with his fans. We look forward to having him back every year, if not more often than that!
We love you, Sam! Wish you all the best,
Donna K. from Project Knomad ...and all the WG's

Thank you Donna! Always a pleasure coming to Warwick and getting to perform for you guys!

Sam performed for about 50 people at a college graduation party that I coordinated in Concord. He arrived with his portable sound system and mic and was extremely easy to work with. The audience was very mixed in age - a lot of college grads, young professionals, older parents and a few grandparents. Sam chose selections that appealed to all and even, upon request, serenaded the grandma (age 90) and her twin sister, with Somewhere Over the Rainbow. Both ladies got up and danced - it was a touching moment. I highly recommend Sam. He is extremely talented, personable, adorable and will help make a party something special to be remembered. Thank you Sam!

Thank you again, Megan! I had a lot of fun. Great party!

Sam is super talented and very easy to engage with.

Thank you again! I had a great time.

Sam was professional and kind would highly
Recommend him for any sort of event you might have.

Thank you, Dale! It was a lot of fun working with you!

Sam Woolf is an extremely talented artist who delighted a room full of ladies ranging from 6 months to 60 plus yrs including 1- 5 yr. old boy! The acoustic guitar and his folksy calming singing voice completely complimented the baby shower! He surprised us all by playing the late Tom Petty's song "Free Fallin'" which was superb!! Sam has a sweet kind spirit! Thank you Sam Woolf for a truly phenomenal performance!
Peace & hugs,
Betsy Ward

Thank you! I had a wonderful time!

I hired Sam to play at my husband's 50th birthday party at our home. He was very professional and a perfect fit for my event. I received many compliments from my guests. My only regret is that I did not give him a playlist and he forgot to bring his cds with him.
I can listen to that voice all day long.
Good luck Sam!

Sam has a great voice and was easy to work with!

Sam was pleasant and easy to work with. Wish our event had lasted longer so we could have enjoyed his music longer.!

Sam was such a great addition to our birthday bash! His voice, style and personality was a great fit for our event. Looking forward to having him celebrate with us again in the near future.

Thank you! I had a great time. Looking forward!

Sam was just what we were looking for!!

Sam was great! My guests loved his music, and we spent a lot of time back and forth the week before making sure his set list was the perfect sound for my guests. The audience even had quite a few Sam Woolf fans from his time on American Idol, and he took the time after his set to take photos and meet and greet with them. He also sang The National Anthem for a Tribute to Veterans and First Responders and many guests went out of their way to tell me they loved it! Beautiful voice, very talented and positive young man. I would hire again and definitely recommend.

Thank you! It was my pleasure!

Talenteded beyond belief also easy going and easy to work with. We really had an amazing welcome party event to kickoff our wedding weekend and Sam was a great addition.

Thanks again for having me, Derek! I had a lot of fun. Congrats!

Sam provides an intimate performance singing with acoustic guitar for private parties and special events. He sings a variety of pop covers and originals. For public concerts, Sam performs solo at small venues to large amphitheaters. He is available for meet and greets after the show for photos and autographs. In addition to performing solo, he can perform with an additional guitarist or a band. He is based in Boston, and gives performances from his hometown in Bradenton, Florida and Detroit, Michigan where he was born. Sam will be based out of Los Angeles as of October 2019.

Sam has sound equipment for up to 250 people, larger crowds require sound equipment provided by the house. The booking fee is deducted from the quote and is not charged to the client.

SAM WOOLF is a singer-songwriter who gained national recognition as a Top Five finalist on American Idol's 2014 season. Best known for his original compositions and pitch perfect vocals, Sam has been hailed as a "natural singer whose soul and passion are undeniable in every note he sings."

In 2014, Sam released his debut EP Pretend, produced by Grammy award-winner Danny Blume. The album, which was released independently, debuted at #9 on the Billboard Heatseakers Chart. Most recently, Sam released two new singles, "Stop Thinking About It" and "Fast 'n' Dirty," which he co-wrote with Stephen Puth (brother of singer-songwriter Charlie Puth) and Orion Meshorer. Additionally, he recorded "On It" with the Como Brothers at Germano Studios in New York City with Grammy Award-nominated engineer Kenta Yonesaka.

Sam is currently based in Boston and performs frequenlty in the Northeast, Florida (based in Bradenton each December), Detroit and LA. Please refer to his Gig Calendar for touring dates near your area.