Back to Donald Trump Impersonators 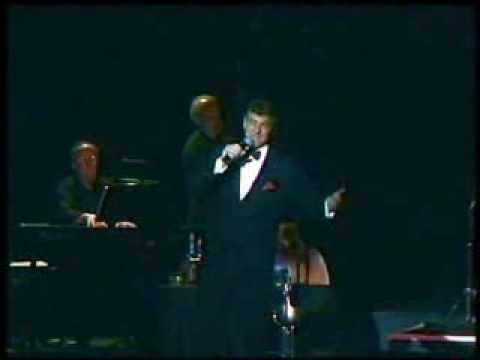 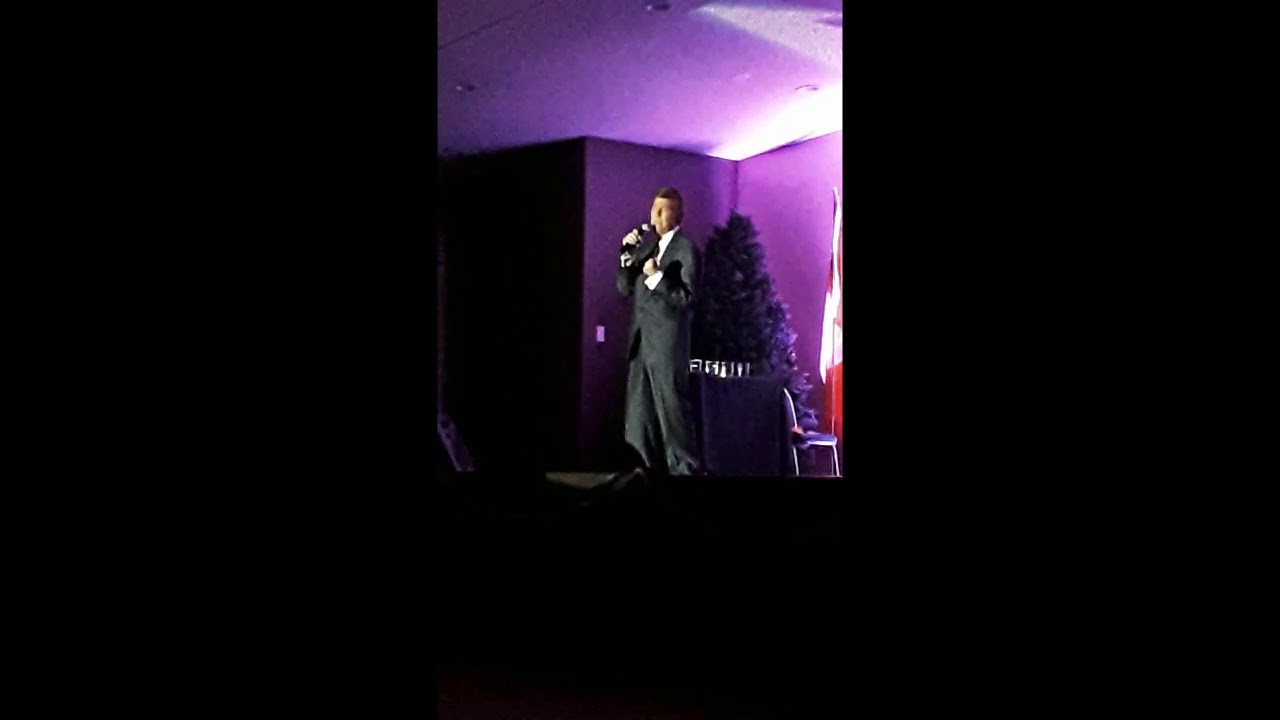 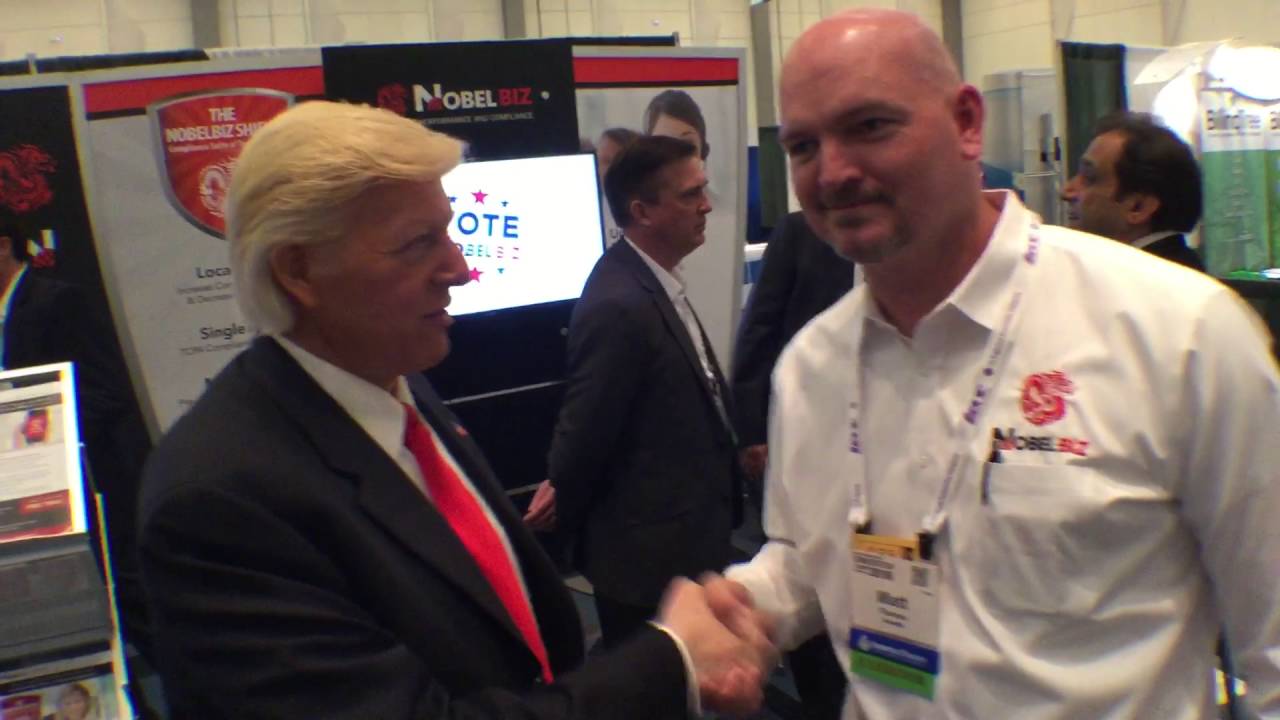 "The Donald" at a Convention 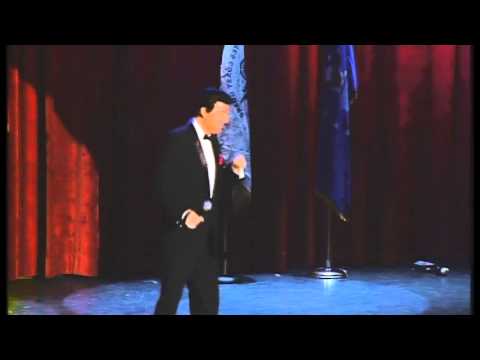 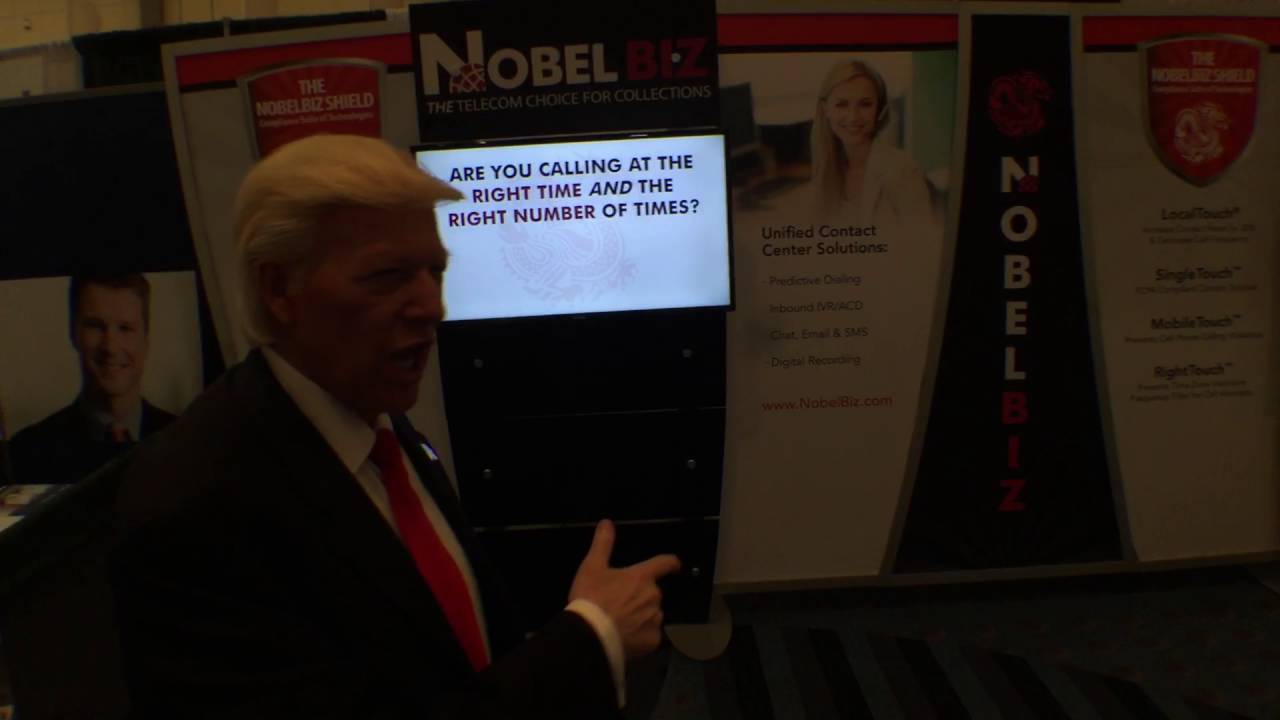 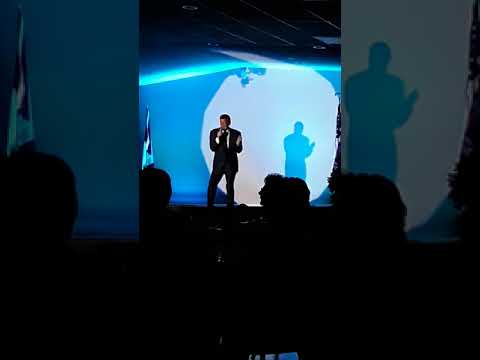 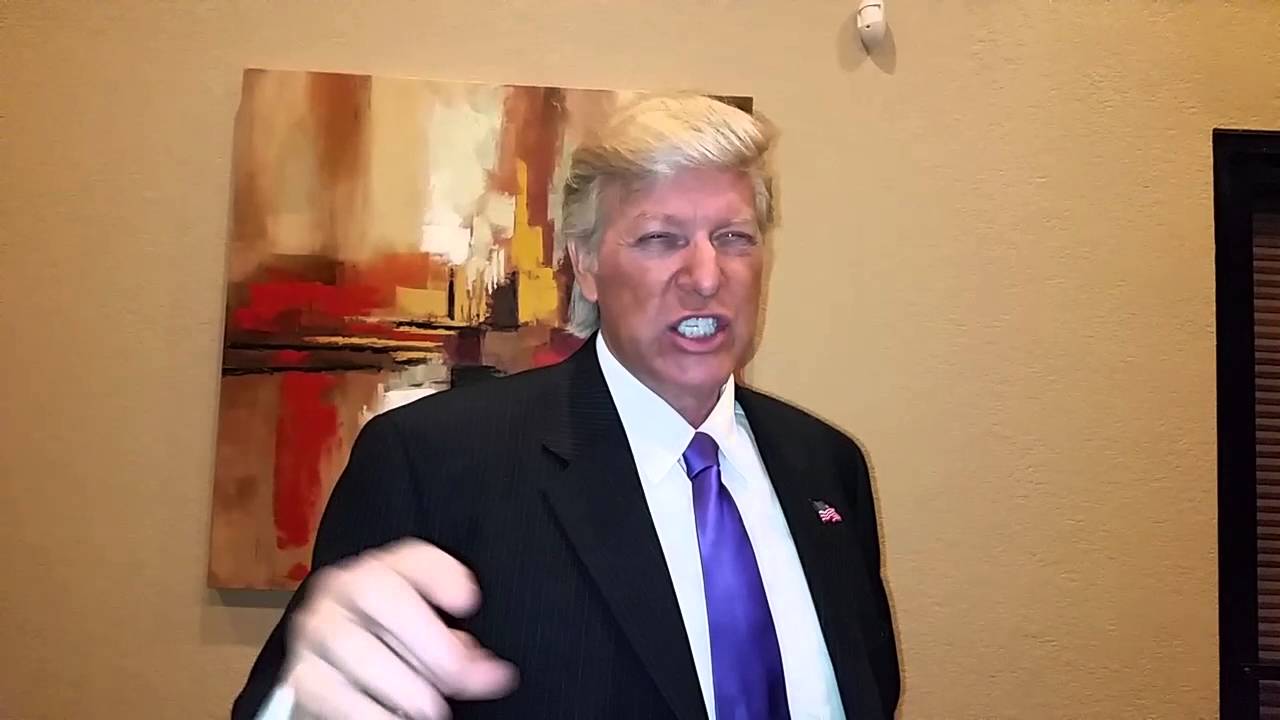 Your Nobody 'Til Somebody Loves You 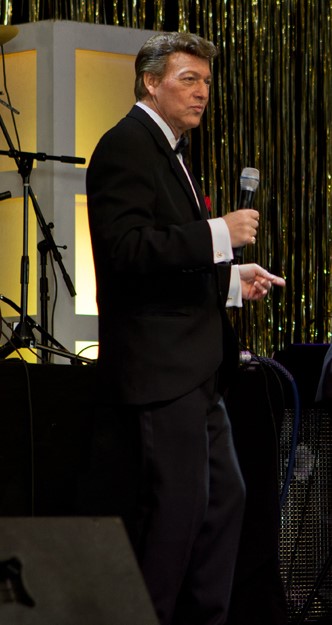 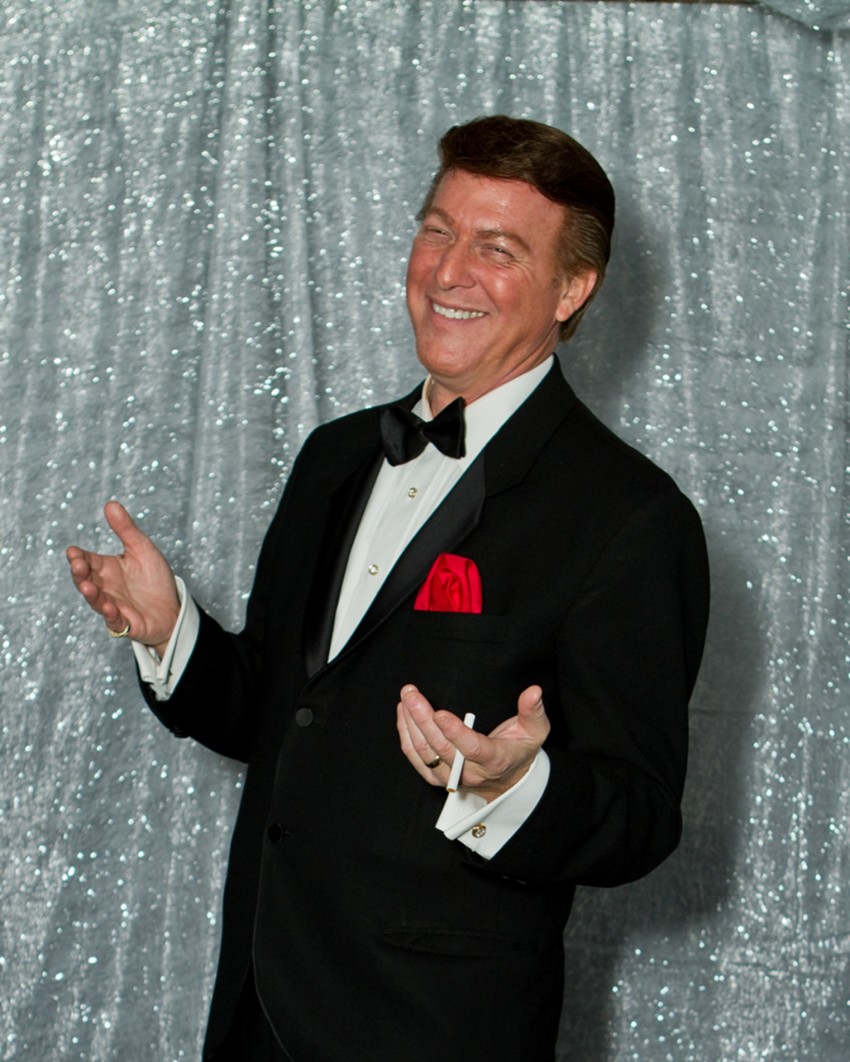 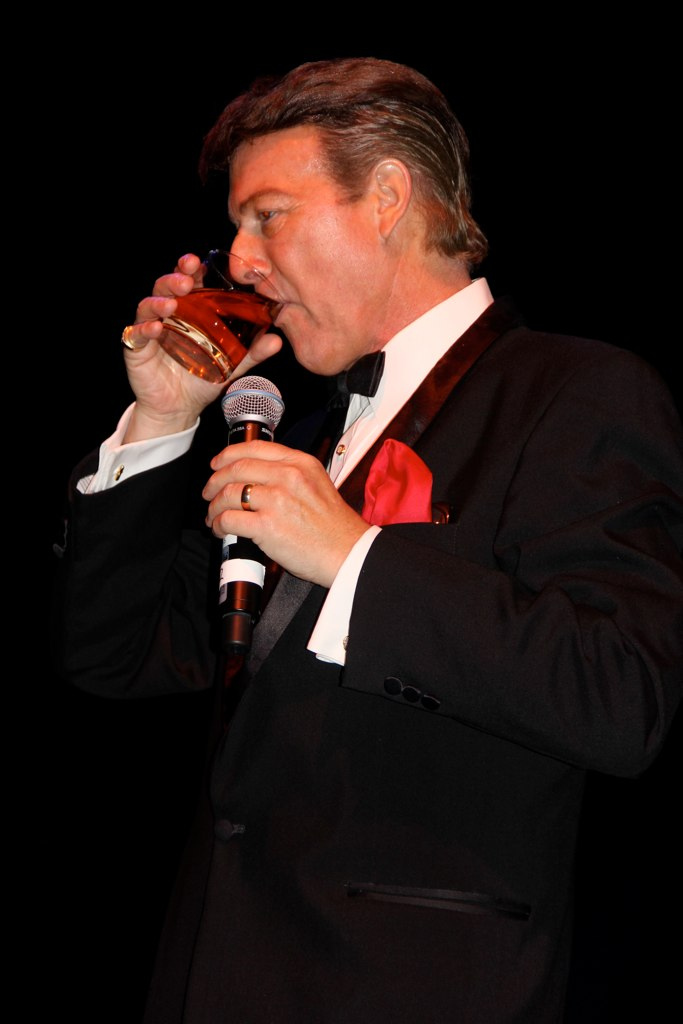 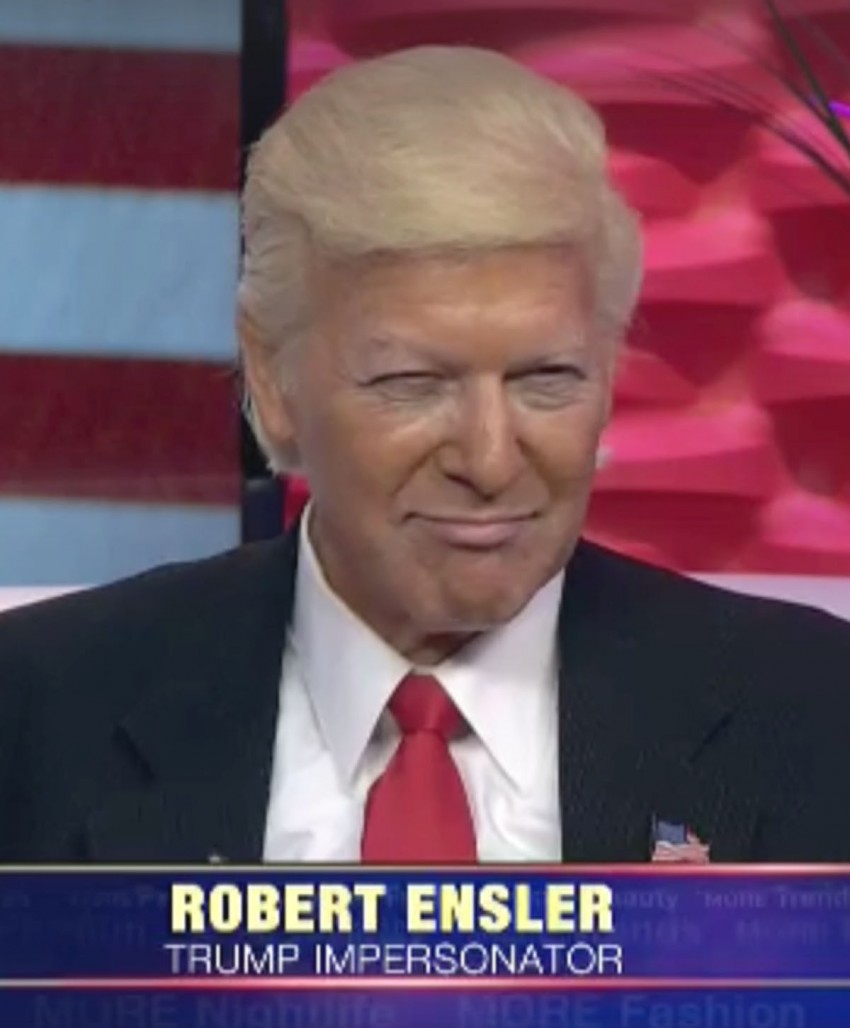 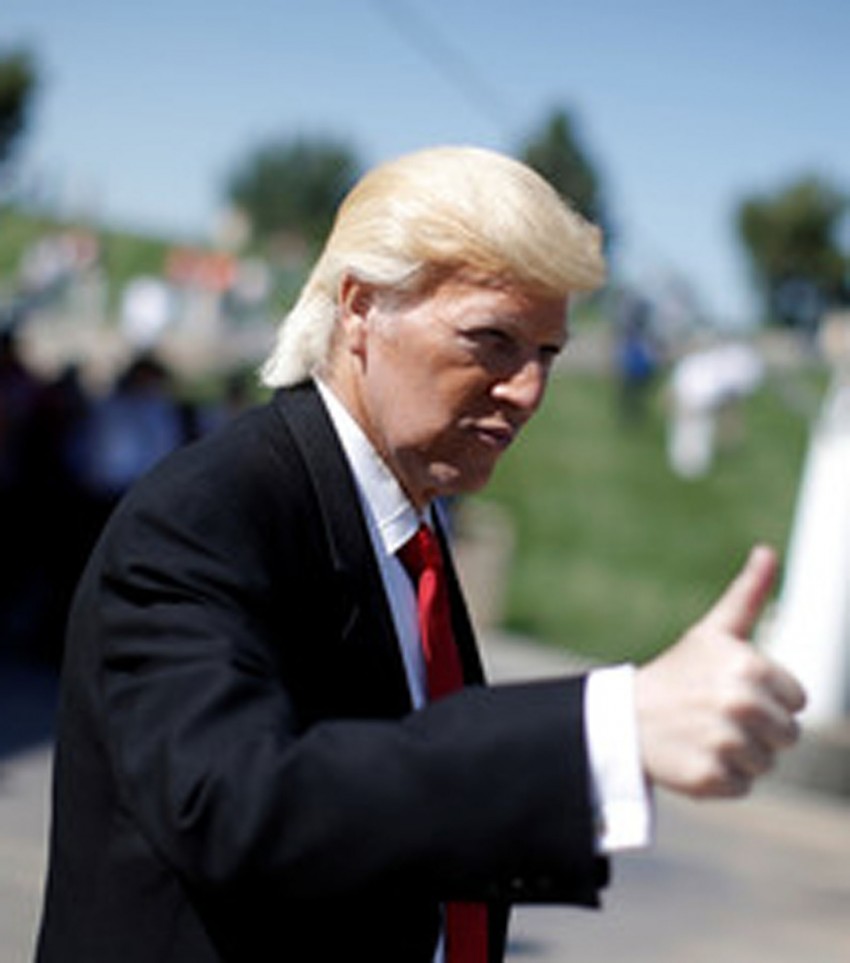 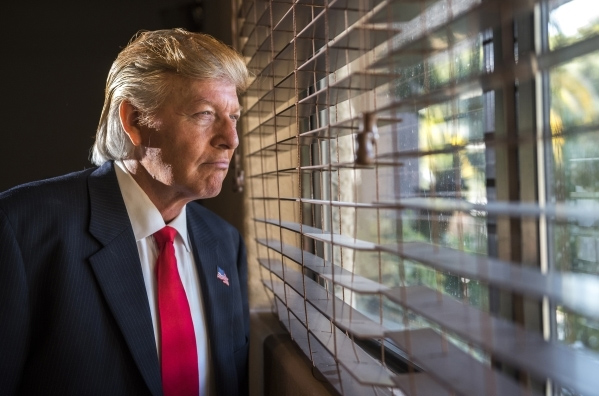 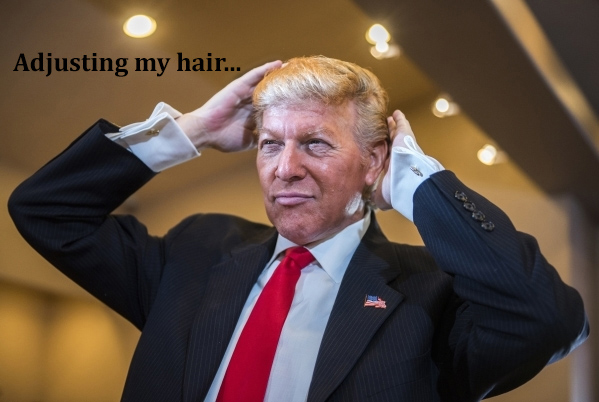 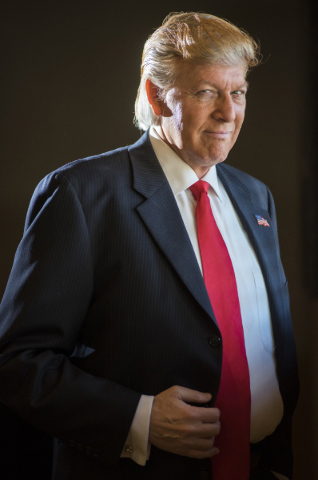 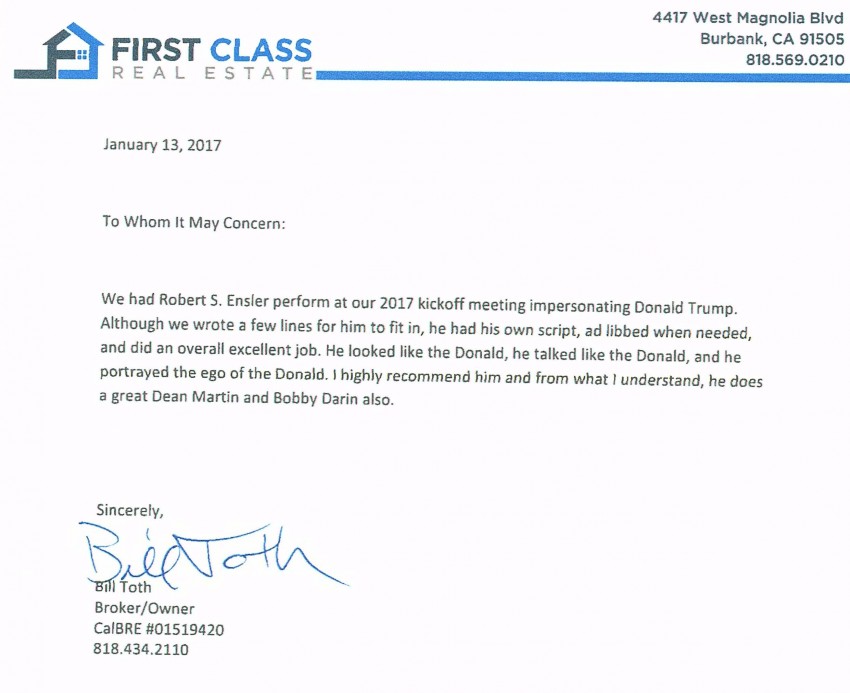 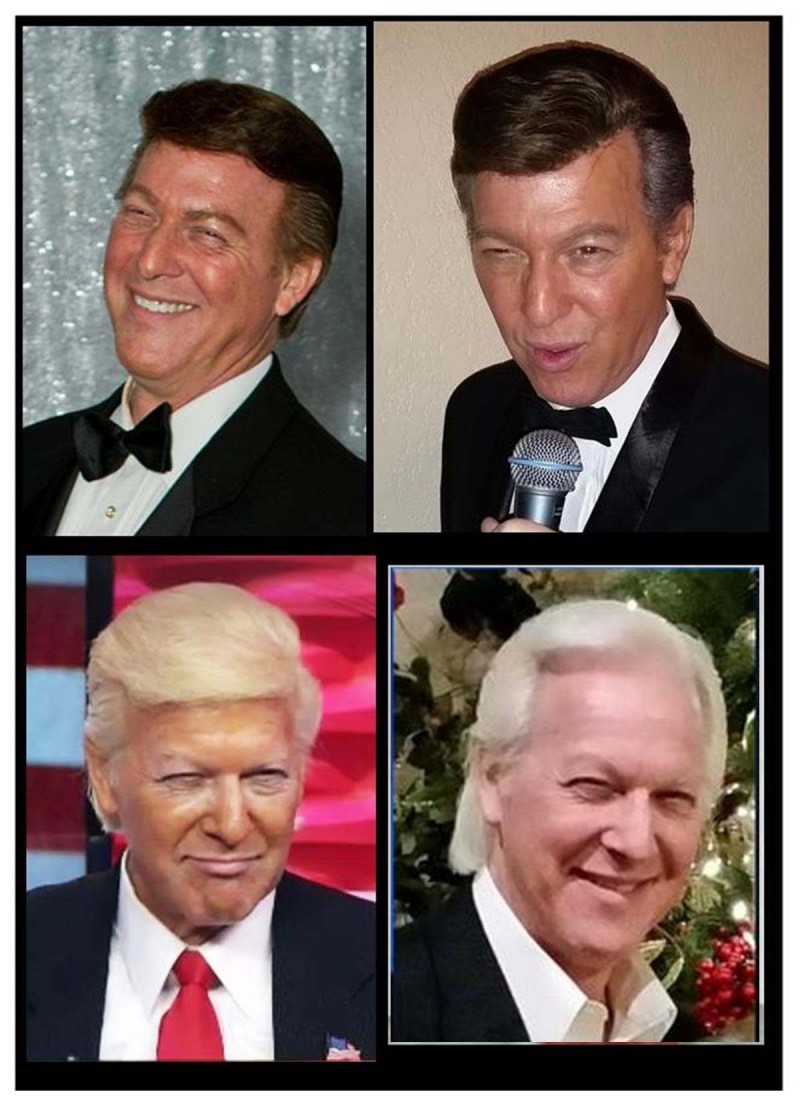 Hire Robert!
He'll Take Your Event To A Higher Level!
Have "Dean Martin" croon for your Wedding or your Events.
Have a lot of fun & a Speech and a lot of "photos" from The Real President Donald Trump Impersonator.
Or do you prefer "Bobby Darin" crooning for your event.
Getting Married in Las Vegas, NV?
Have "Dean" or "Donald" be your Wedding Officiant .
Las Vegas Specials!
Robert offers a fantastic Rat Pack Show for your event and/or party.
If you just want some Great Crooning, hire Robert "as himself" (no makeup)...singing the Songs made famous by Dean, Frank, & Bobby.

Robert did “Dean Martin“ for My Mom’s 80th Birthday Party-about 48 People. He did a Fabulous job!! Everyone enjoyed his performance, from the young children, to the more “Mature“ guests. He put a smile on everyones face & we all joined in on the songs! Thank You for making our Mother’s 80’s Birthday s very memorable event❣️

…DEANO!!!! The guy who epitomizes “OLD VEGAS”! Robert Ensler IS Dean Martin! We had Robert come and sing at a surprise 90th birthday party for our Aunt on a recent May evening. He was wonderful – sounded and even looked just like Dean Martin!!!! He was very engaging with the guests and made the guest of honor feel as though he came just for her. Everyone old enough to remember Dean just loved him! So, if you are ever in need of some “old vegas memories” Robert is your guy!!!

All I can say is Robert is such an incredible entertainer in every way! He is hilarious as Donald Trump. I saw him perform at a corporate event in Orlando, Florida and he was so FUNNY! HE Does a spot on impression of The Donald and the guests attending the event were giving him rave reviews. He also is very professional and quite skilled when interacting with the public. This is one guy you will want to say "Your Hired" to! He will make your event a success and quite memorable.

I recreate all my impersonations in "real-life" format. I do Not do a caricature of Dean Martin or Donald Trump. I'm Not a "drunkie Dean" and , definitely, Not a "SNL-type" of The Donald.
I become the Person and any & all actions, mannerisms, speech pattern, etc are recreated, just as if the Real person was there.

For all the years Robert has been in the ‘Public’s Eye’, as a Dean Martin Impersonator,
Robert has repeatedly been told he has a resemblance to Donald Trump.
Robert finally took the ‘plunge’ in 2005 and decided to pursue his impersonation of "The Donald".
After spending the hours studying the books, audio and video of Mr. Trump, and creating the "look" he was satisfied with, Robert came up with his re-creation of one of the most powerful real estate'moguls' in the world. Beyond studying Mr. Trump’s insights into wealth and success, Robert has his own experiences.
Over the last 45 years he has been a successful fast-food retailer, antique lighting & shade retailer, and real estate investor.
His on-going eCommerce and website business and, of course,his current multi-character impersonator business, has continued to build Robert’s insights into wealth and success.

Robert does Not​ do a Caricature of "The Donald". Robert recreates Mr. Trump as he really is.
It's a real-life portrayal of "The Man, His Money, His Attitude, and His Presidency!".
​​Robert is The Real Donald Trump Impersonator.​