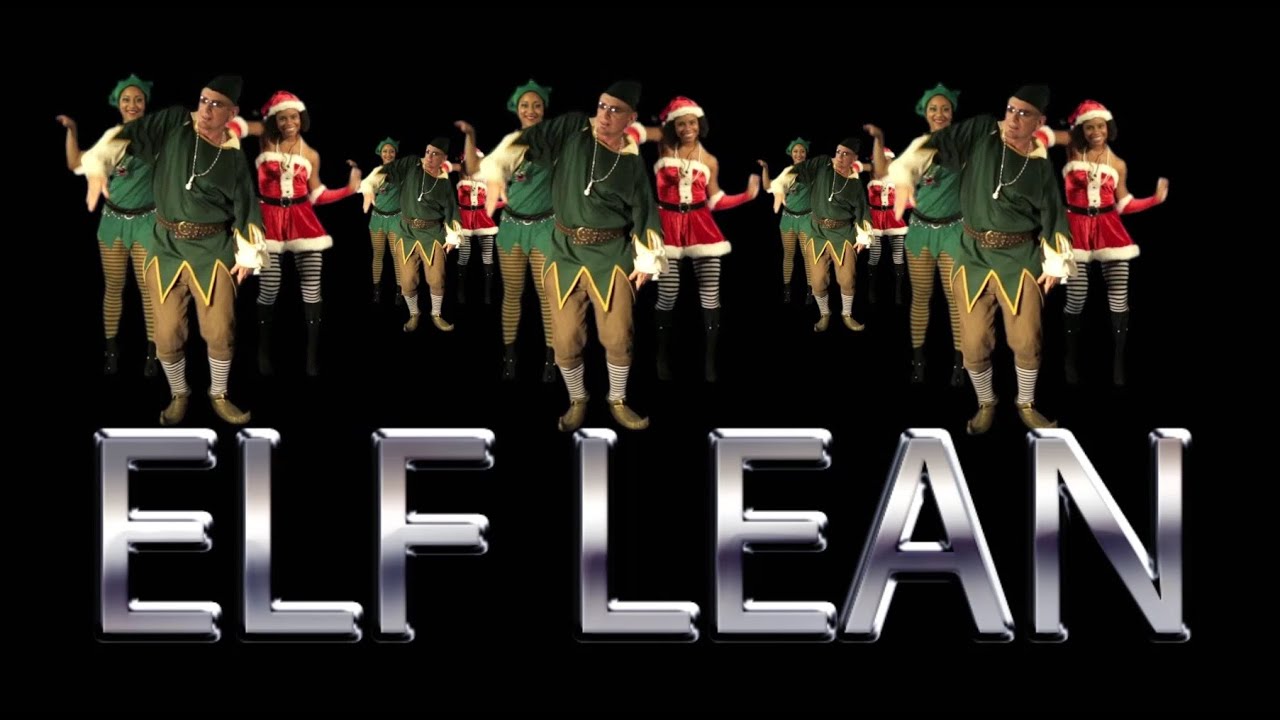 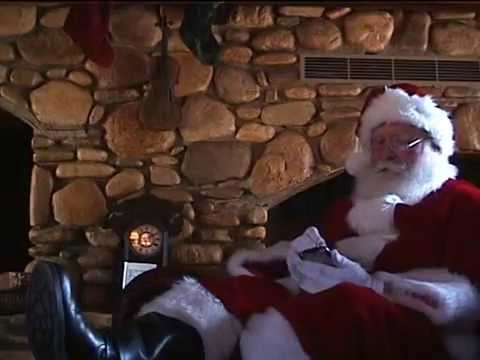 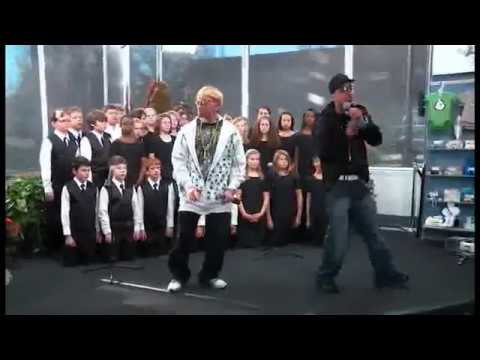 The Meaning of Christmas 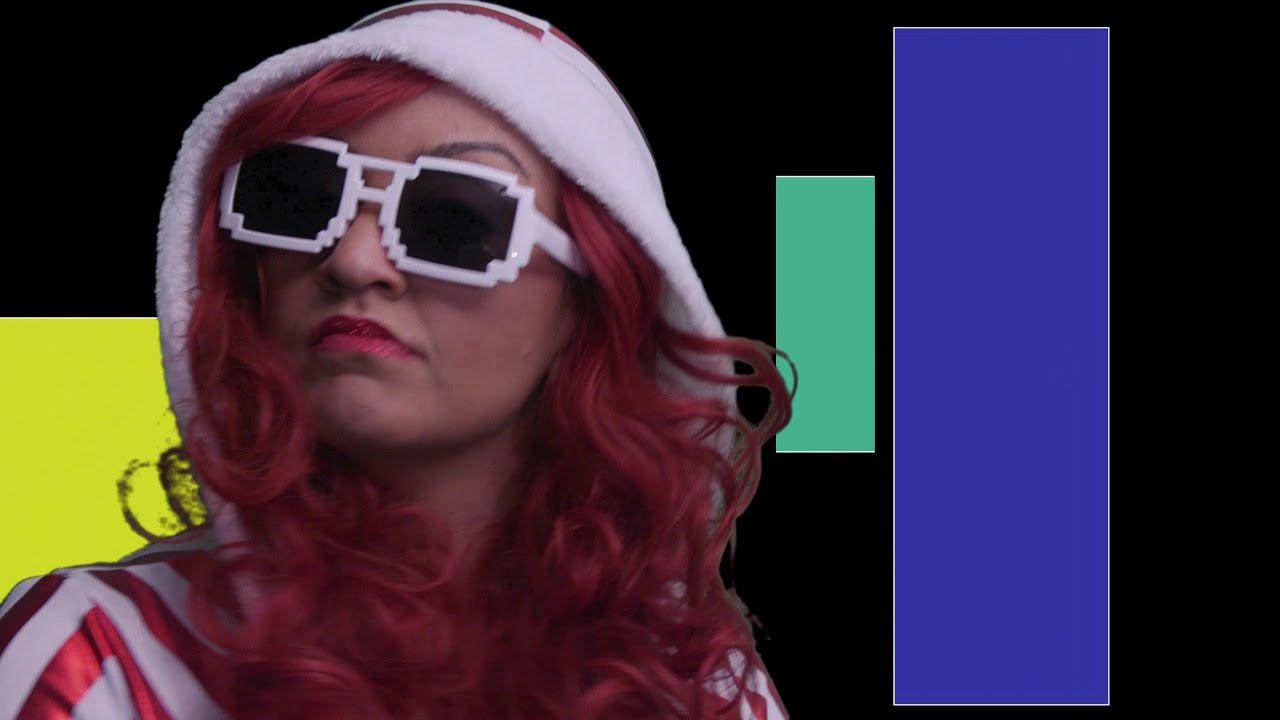 Magic From Elves
Robby The Elf 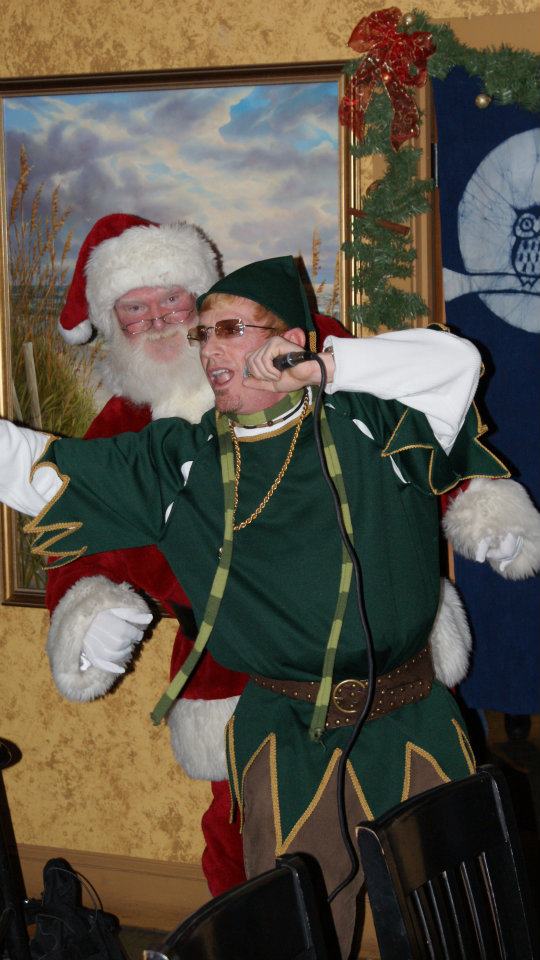 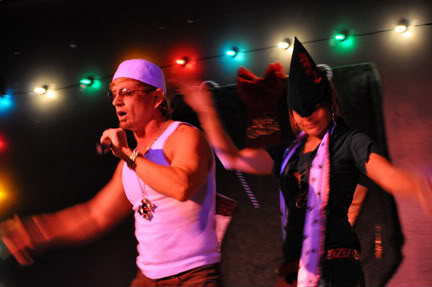 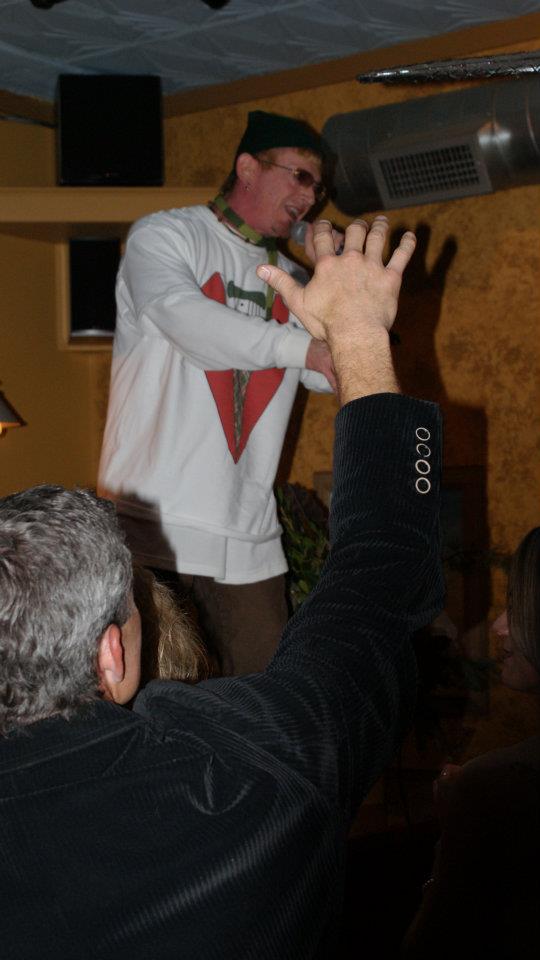 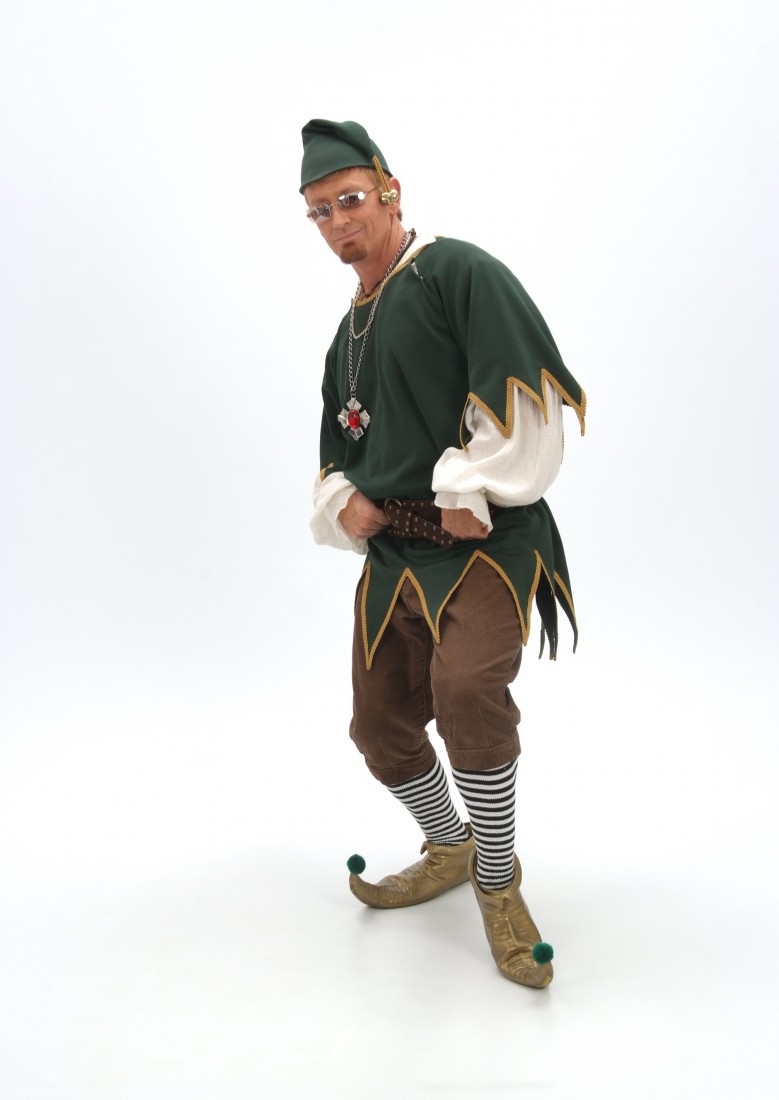 Do The Elf Lean!! 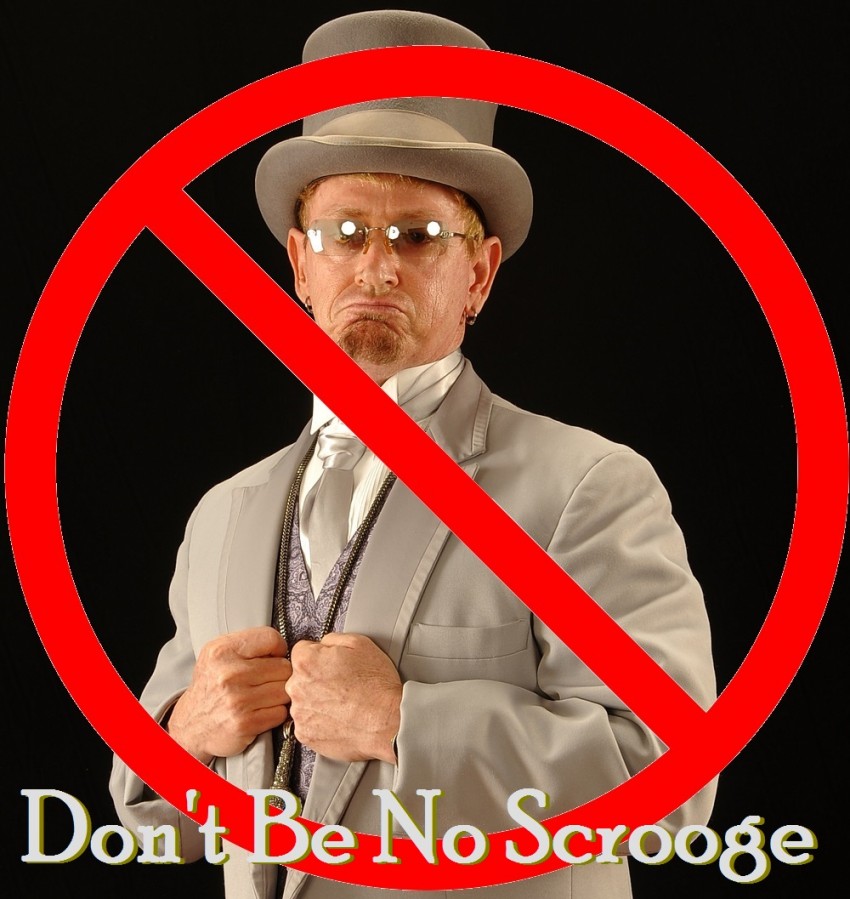 Don't Be No Scrooge 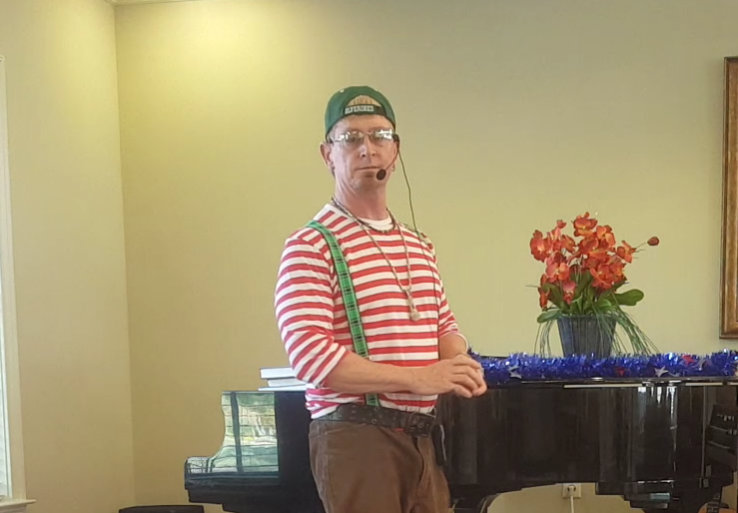 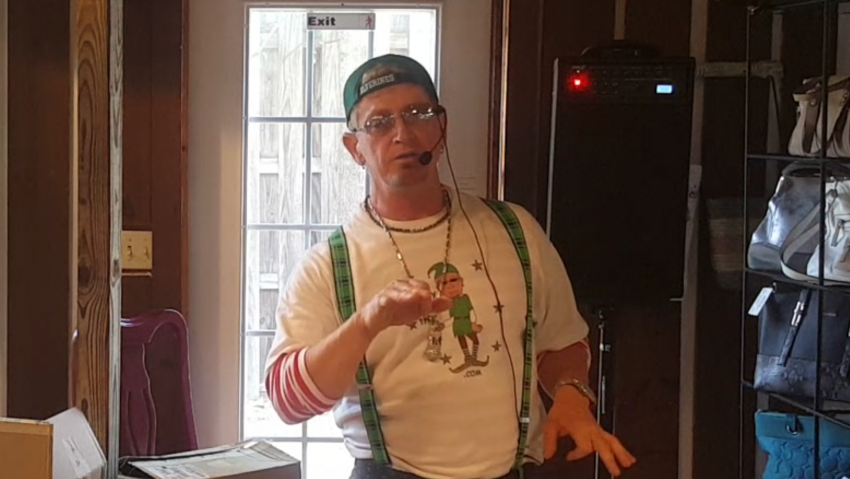 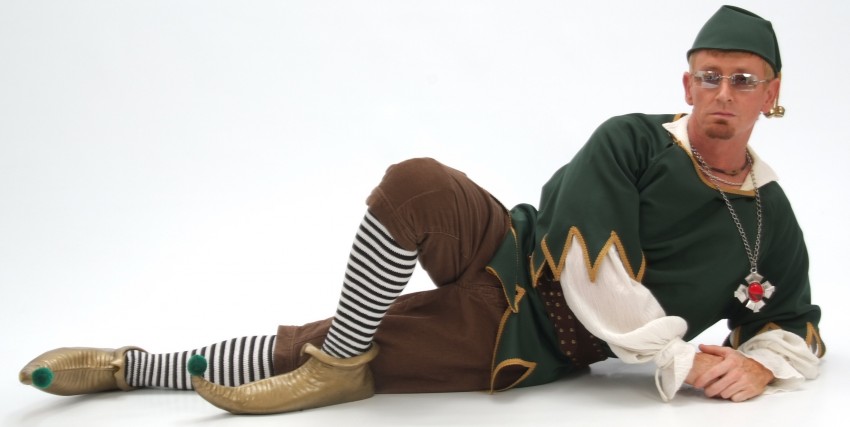 Robby The Elf is The World's First Elf Rapper. Robby has had his own share of life's lessons which he implements in his music. The innovator of a new genre, called Christmas Crunk, which blends the banging beats of hip-hop with the holidays creating a unique balance that's clean, yet jammingly entertaining.

Now Robby's an elf underground. Beating the streets 'cause nobodys' gonna give an elf a record deal just because he knows Santa. He's here to spell the message about the repression of elves. Robby wants everyone to hear his music so someday, every child each Christmas eve will also leave, a cookie for an elf. Does not provide Santa.

Robby was an excellent surprise addition to our family get together! Most importantly, he understood our needs and was very entertaining! Thank you to Robby for keeping the dream alive!

Response from Robby The Elf:

I had a blast. Thank you for reaching out to me. You helped make my holiday exciting as well.

I'm the world's first elf rapper. I created a new genre called Christmas Crunk. It's like Eminem spent Christmas at Jazzy Jeff's. Sometimes it's funny, sometimes it's serious, but it's always Hip-Hop & always Christmas. My raps are c.lean, so no worries. I'm a versatile performer, capable of entertaining everything from small parties, corporate events, live TV, radio, comedy shows, children & nursing homes too.

I was born half elf on my mama's side, raised in an elf colony called The North Side, located on the north side, of the south side, of Michigan.
After saving Christmas, (Listen to my song, Almost Twas The Night), Santa called me to his office. I thought, "Am I in trouble?? What did I do now?? No more unauthorized sleigh rides and I haven't thrown a snowball at a reindeer in quite a while.
Santa told me, "You just saved Christmas. You've done everything you can as an elf. Now I challenge you to see what impact an elf can have in the reality world." I said, "Nobody's gonna believe me." Kris replied, "Who you tellin'?"

I don't do costumes, clowns, or provide Santa. I do music with humor thrown in.

I can bring my own PA system that is both cordless and bluetooth. I can work with DJ's also. I can DJ uptempo traditional Christmas music and perform my own. A set of my music can last up to 45 minutes. I have 2 hours of Christmas classics that I can play from artists such as Stevie Wonder, Mariah Carey, and more. I can meet and greet guests and pictures also.

Set list varies according to venue. All music is clean, but some songs are better suited for family/kids, and some better for adult/night club. I can perform up to 30 minutes of music plus answering any Christmas questions you can think of. 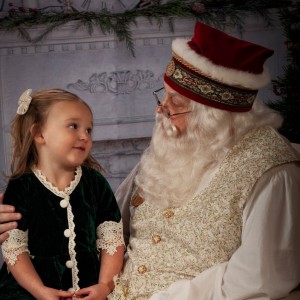 Bob B. said “Tim is absolutely amazing. He had the entire crowd's attention - children and adults. We had several kids at our event who have been questioning whether…” 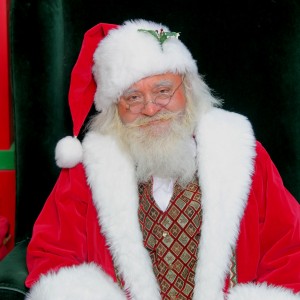 Richard H. said “Santa Joe was fantastic. The experience was everything you could imagine and more. He was so realistic we all went to bed early on Christmas Eve 😉.…”