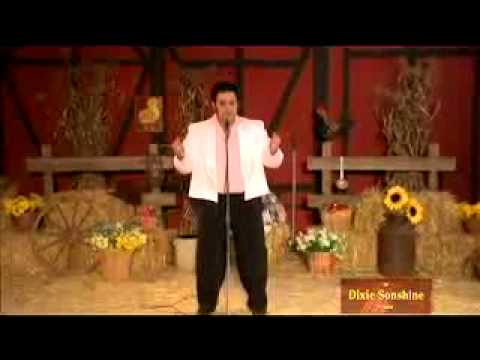 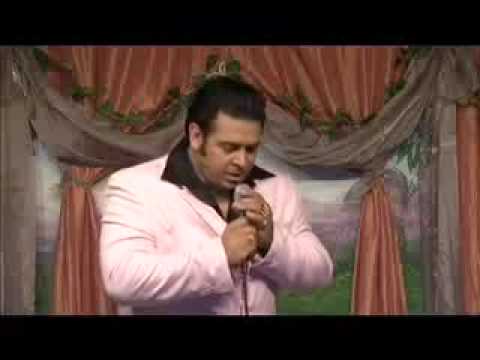 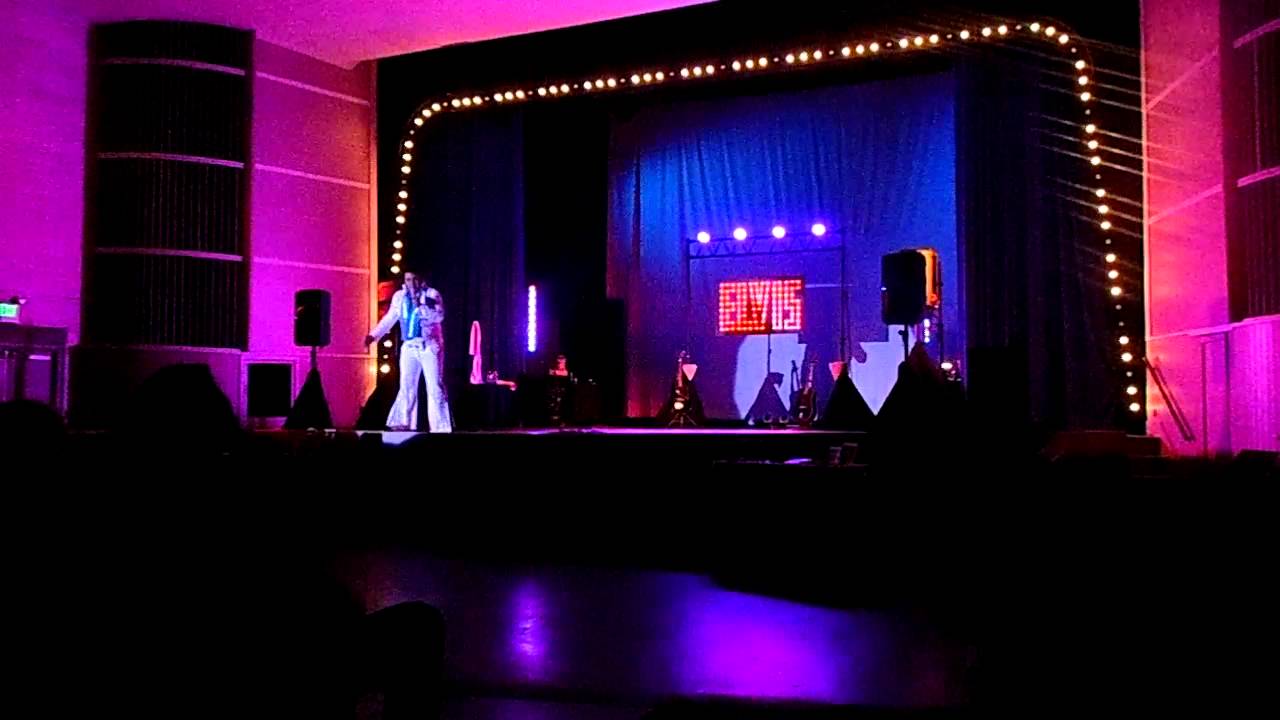 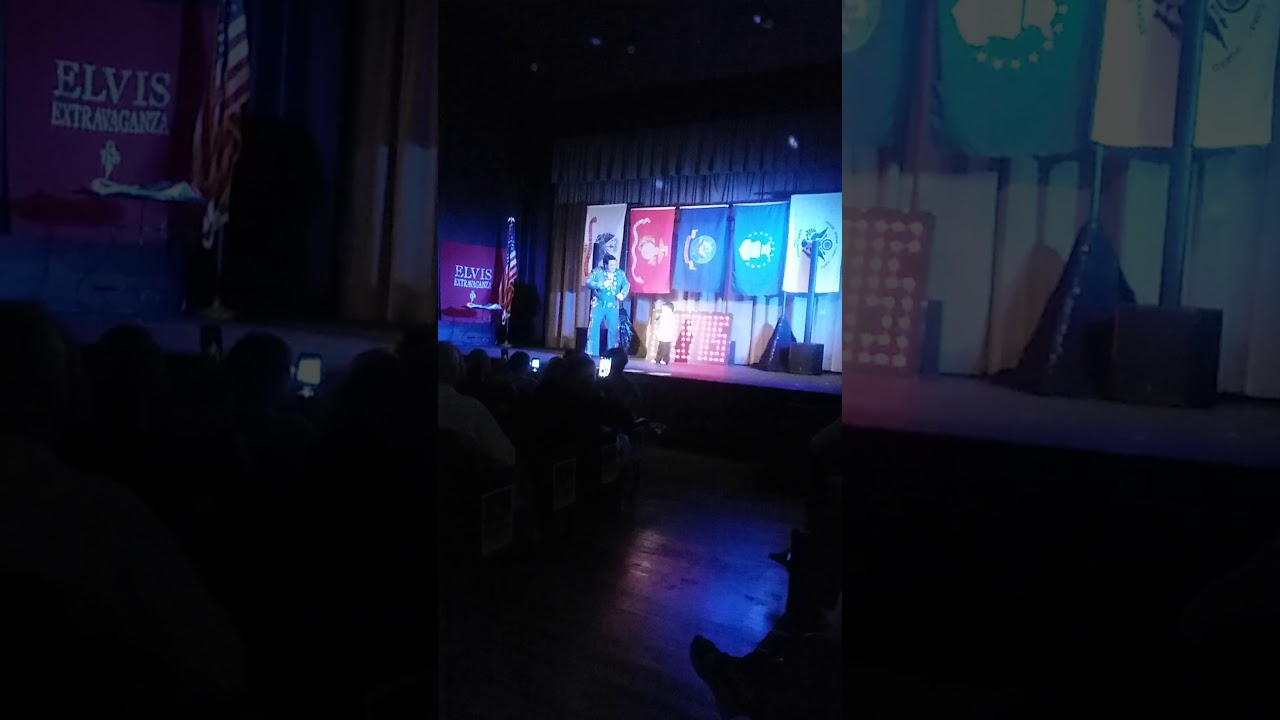 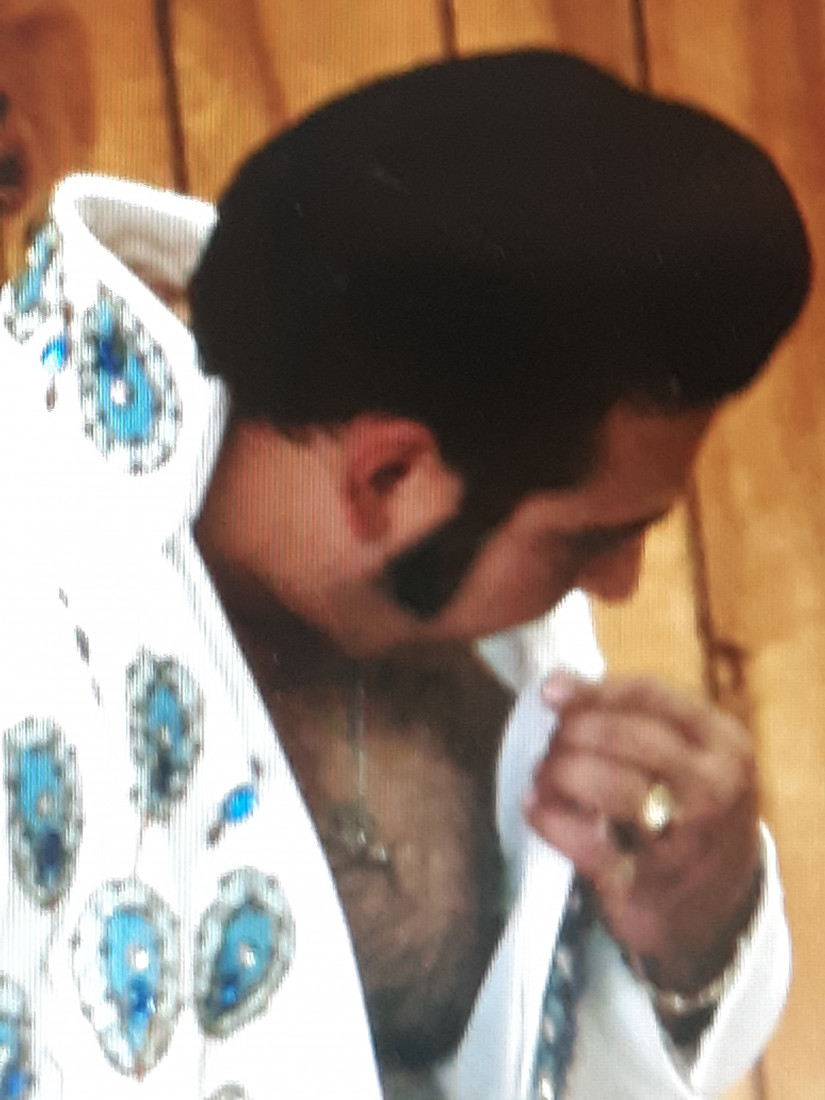 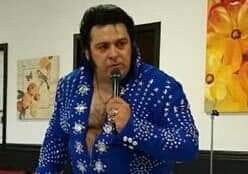 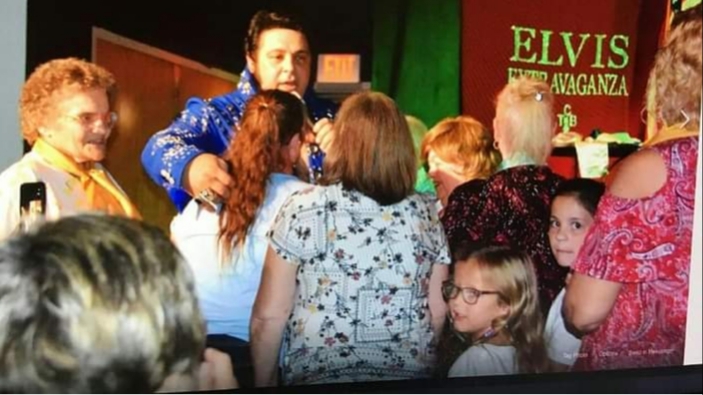 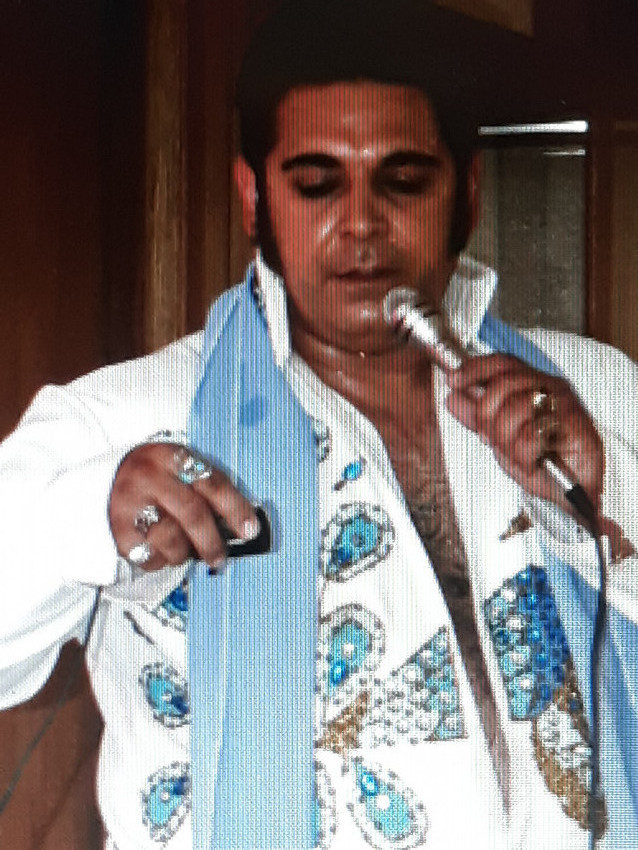 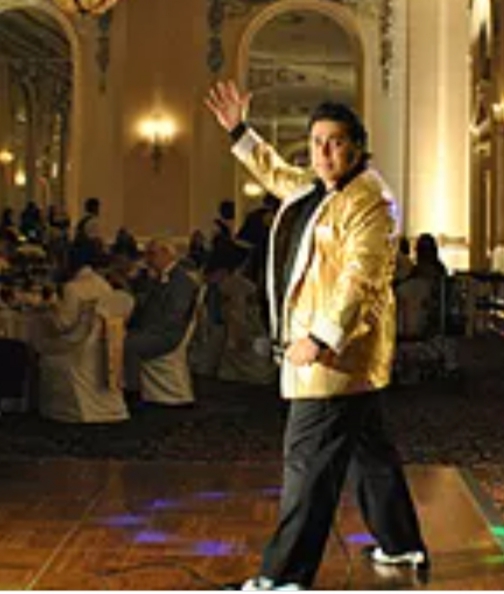 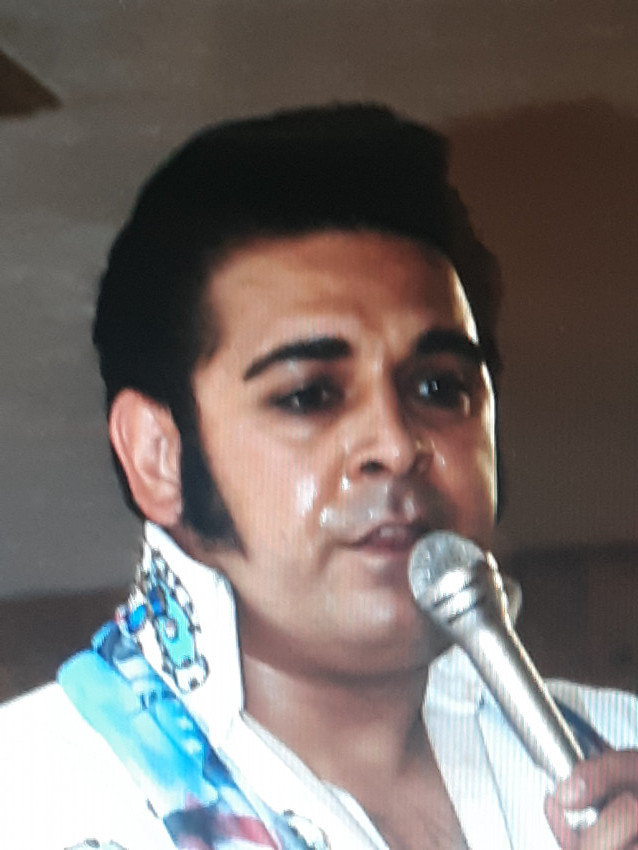 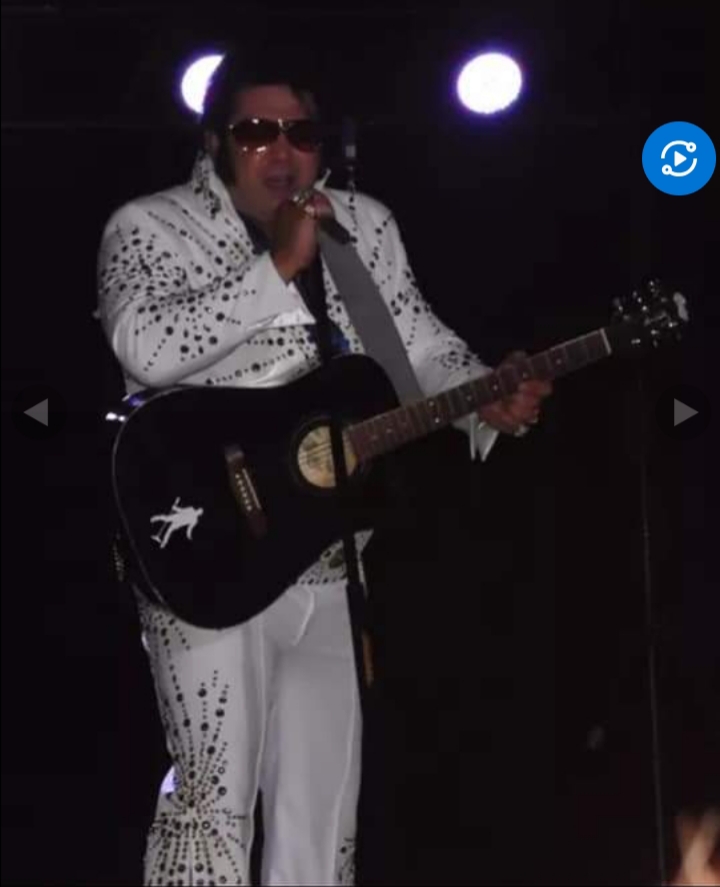 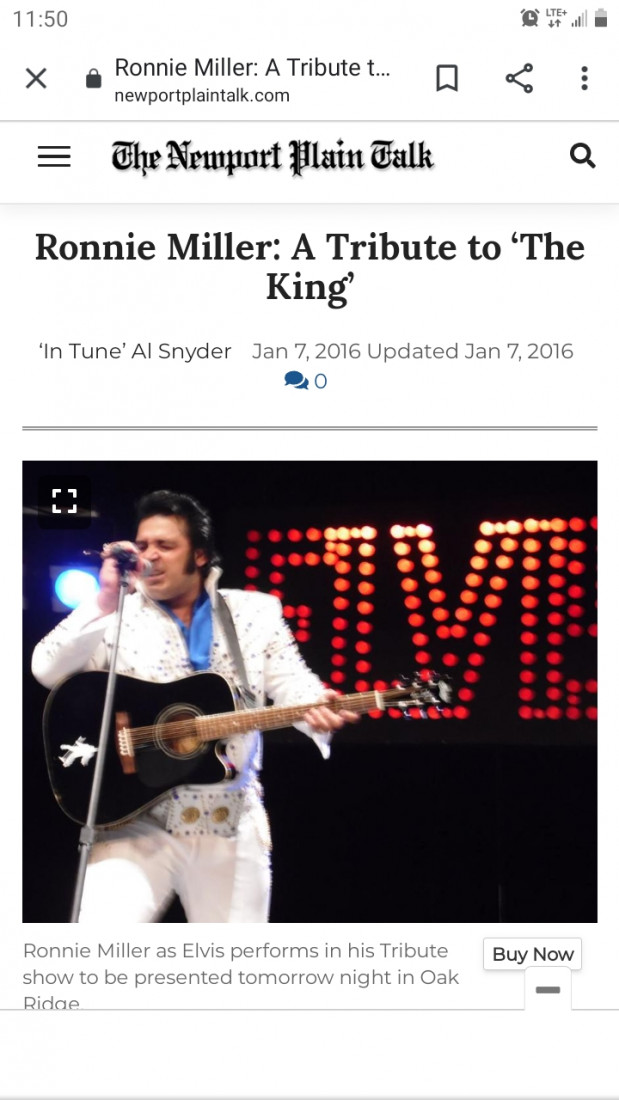 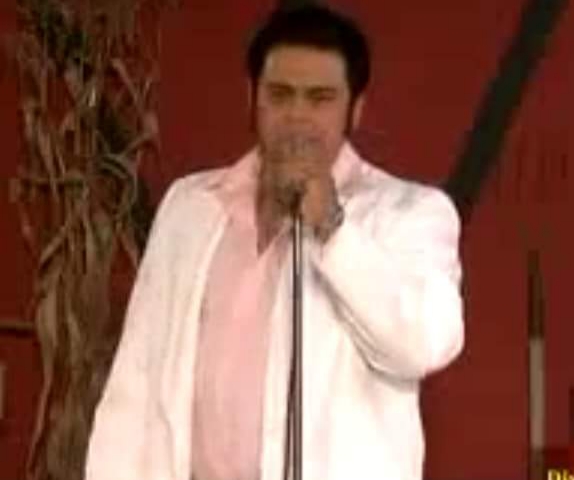 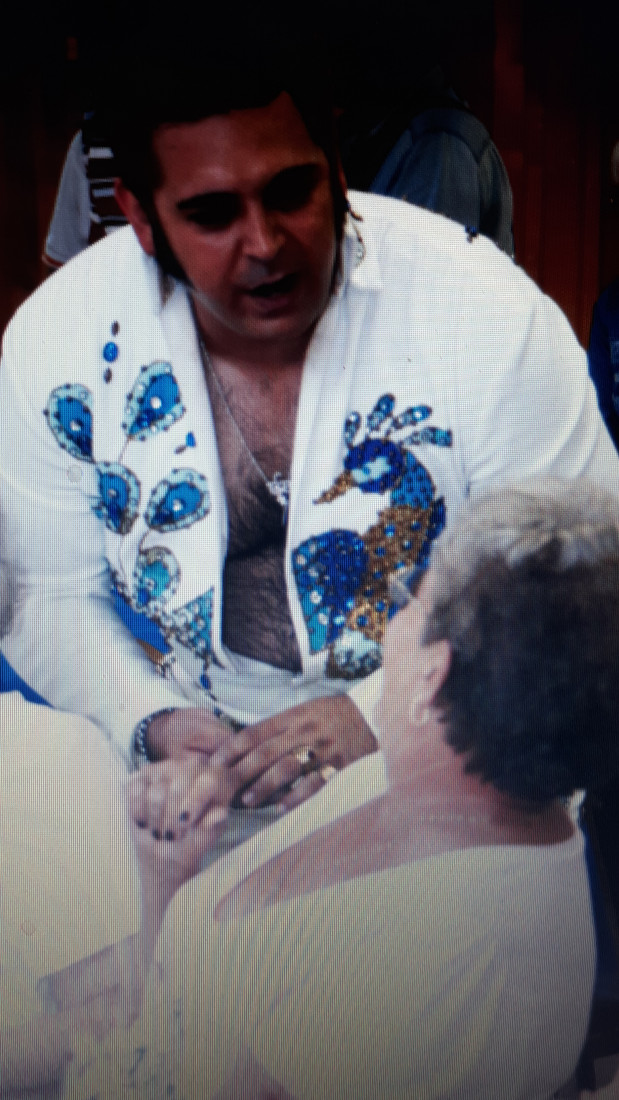 All of the residents and staff loved him!

“Elvis” was a crowd pleaser! He did an amazing job. I have received several compliments from the crowd. I would definitely book him again.

A highly respectable vocal and physical Elvis show with crowd interaction and entertainment for the whole family.
Ronnie has done a variety of things from performing on a tv show to a 3 year gig on the Star of Knoxville riverboat to stage shows to birthday parties and so much more.

Ronnie Miller is a multi award winning, professional Elvis Tribute Artist, entertainer, singer, and performer with over fifteen years of experience in the music business.
In 2019 he, along with his wife, spearheaded and conducted all operations for the 10th Annual Elvis Extravaganza for Veterans that he founded. In 2018, Ronnie traveled all over the Southeast to perform as Elvis, Johnny Cash, Gospel, and country and Bee Gees.
In 2017, Ronnie was over the awards committee and honored many associates with trophies of accomplishment in entertainment.
Most of 2015,Ronnie performed at many theater shows in Etowah, Kingsport, Knoxville, Oak Ridge and Maryville TN.
In 2014 Ronnie won a regional singing contest at The Dog Patch music center. He also continued performing for nursing homes and assisted living facilities as he always has. He also participated in the first National Ultimate Elvis contest at Cherokee casino for 2 days placing 12th out of 35 Elvis Tribute Artists in his first rnational contestant.
2013 found Ronnie performing the whole summer in Pigeon Forge in his Elvis tribute at the Smokey Mountain Brewery.
2012, Ronnie was inducted into the Elvis Entertainers Network.
In 2011, Ronnie won the immensely popular, "Sing like the King" contest that is a yearly Elvis competition hosted by Big Mama's Karaoke in Seymour, Tennessee. Ronnie was voted as "One of the Ten Most Fascinating People of 2010" along with the city mayor and state governor by the Knoxville Journal which reaches every county in the East Tennessee Area.
Ronnie won many national awards for Traditional Country, Adult Male, Entertainer of the Year from the North American Country Music Association International in 2010. Ronnie is also a former multi award winning member of the Georgia Country and Gospel Music Association and the South Carolina Country and Gospel Music Association.
As noted before but to include, Ronnie Miller recently had a contact and performed every Thursday night at SMOKY MOUNTAIN BREWERY in Pigeon Forge, TN from 9:00 PM - 12:00 midnight (May thru August 29, 2013). He performed 3 sets of 45 minute performances with wardrobe changes for each set. Ronnie has also performed on television, in radio, and all over the Southeastern United States to include numerous venues in Tennessee, Georgia, Kentucky, North Carolina, South Carolina, Mississippi, and Louisiana.
Ronnie has experience in acting, writing, producing, directing, and hosting shows as Elvis Presley and being himself as he was a regular co-host and helped produce the "Dixie Sonshine Show" that aired in Cleveland, Tennessee and Dalton, Georgia on a regular, weekly basis;
Ronnie also performed as Elvis on the Star of Knoxville Riverboat Dinner Cruise as star of the "Elvis Murder Mystery Dinner Cruise" (which he wrote the script to) for three seasons. Also, Ronnie has experience performing "singing telegrams" and fund raising activities as he has an ongoing, annual Elvis Extravaganza benefit show for the Wounded Warrior Project while he helps raise money and awareness for the veterans of this country.
In addition, Ronnie performs/entertains at his monthly Elvis & Legend shows at The Grove Theater in Oak Ridge, TN.
Ronnie is a very versatile and talented entertainer. Among Ronnie's many talents is the ability to play the bass guitar, write songs, inscribe poetry, and perform comedy. Ronnie stands out amongst the huge group of Elvis Tribute Artists due to his all-around vocal range and dynamic performance.
Ronnie is a very humble, personable person with a huge heart and often finds himself getting "in touch" with the crowds energy by taking his act off of the stage and into the audience.
For Ronnie, it is all about entertaining the crowd and making them happy with a memorable, entertaining event. Ronnie has a great love for Elvis to include admiration and respect.
Ronnie can accommodate any size audience that wants unforgettable entertainment for their special event. To add, Ronnie has any Elvis song (soundtrack) that you desire in his database that you can choose from to include different versions for each song, i.e. concert versions, studio versions, and so forth. Ronnie has a new state of the art Bose sound system (9/13) and microphones if needed for your event. When Ronnie performs he wears a '70's era jumpsuit/attire.
Ronnie is also, licensed and ordained in ministry as he has married numerous couples as Elvis.
Ronnie Miller is from Knoxville, TN. He is a multi-award winning, professional Elvis Tribute Artist, entertainer, singer, and performer. Ronnie has won several local and national singing awards in his 15 years as an Elvis Tribute Artist.
Ronnie has traveled all over the Southeast doing shows for charities, churches, assisted living facilities and in numerous stage shows that replicate the Vegas 70s era of Elvis.
He was inducted into the National Elvis Organizations. He is also a Johnny Cash Tribute Artist as well as performs a wide variety of country & gospel entertainment.
Ronnie specializes in Elvis gospel music.

Any Elvis Presley song to include live stage show.

I have my own sound system