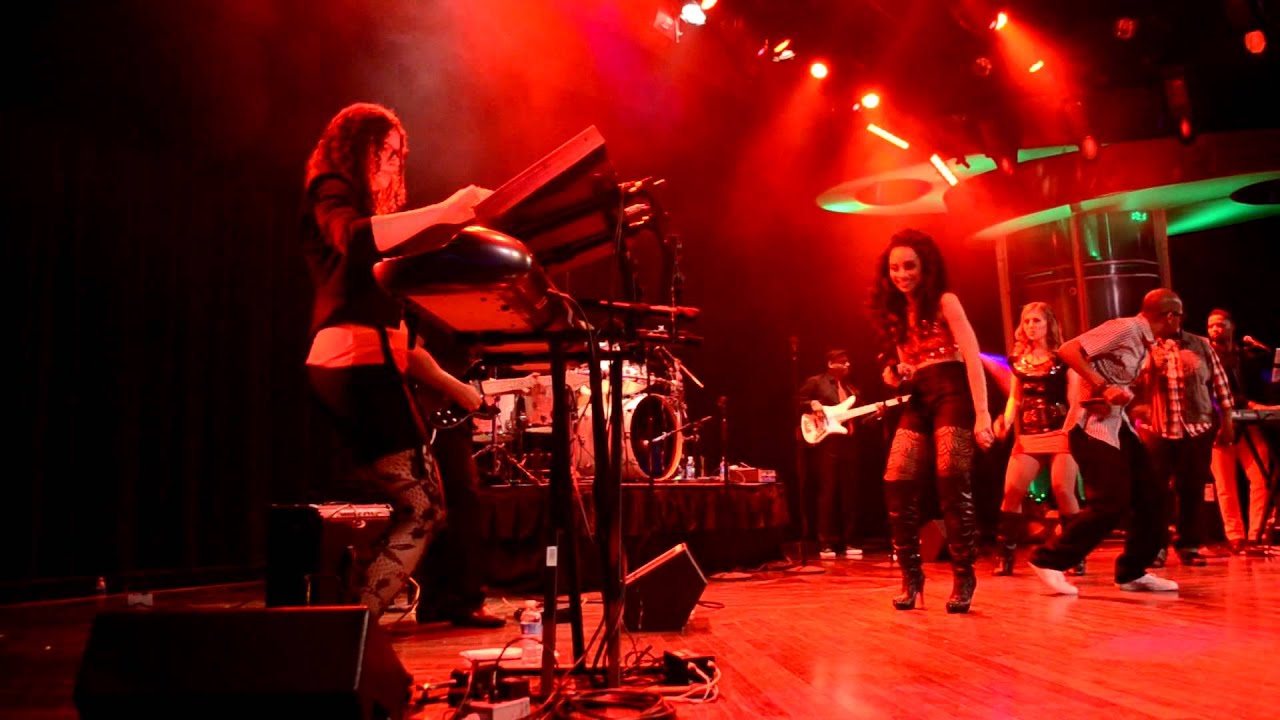 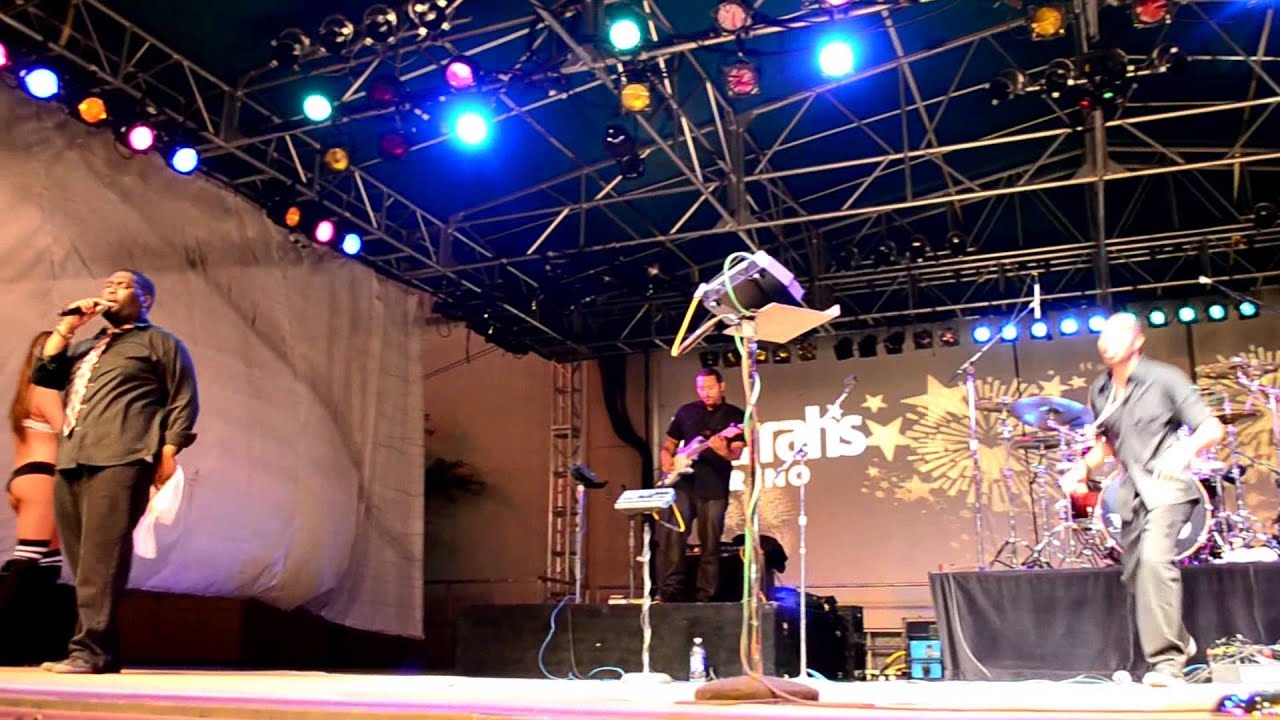 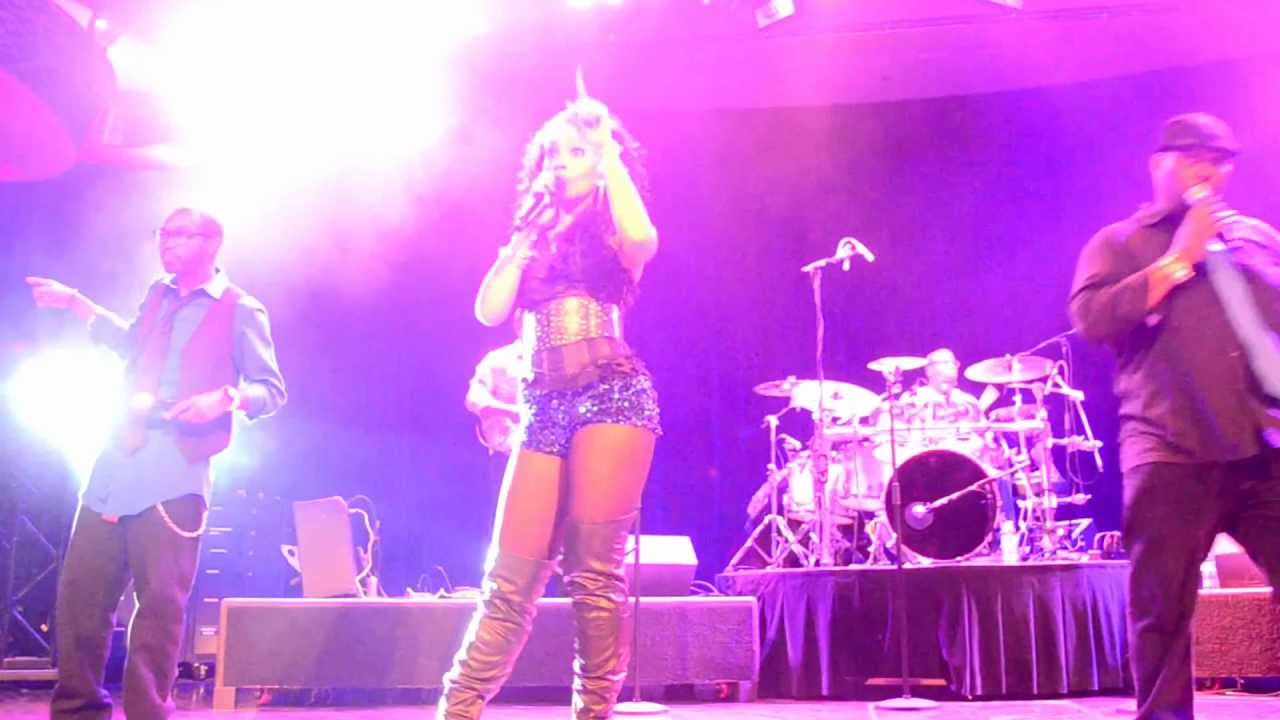 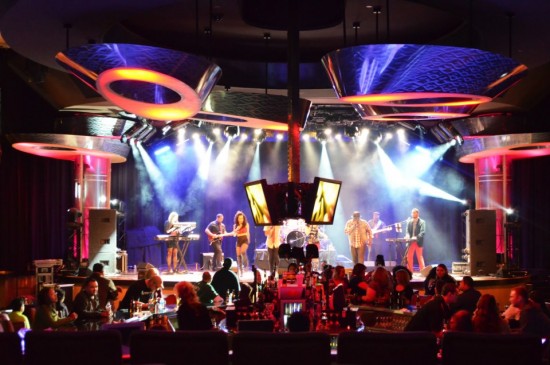 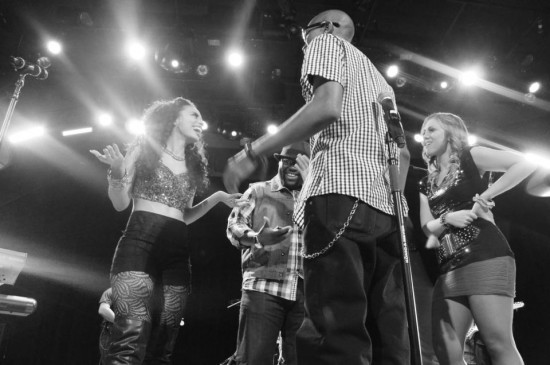 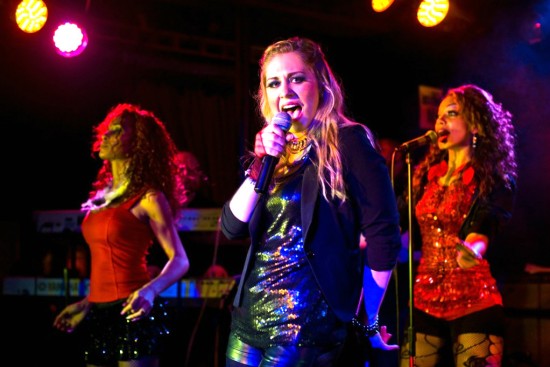 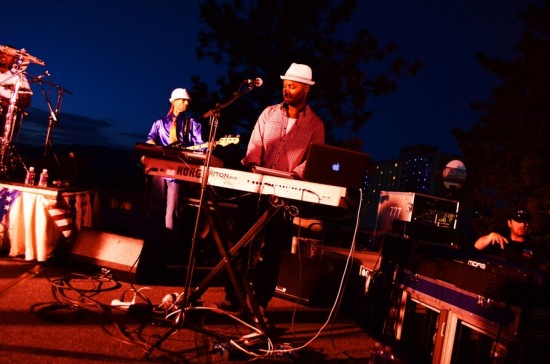 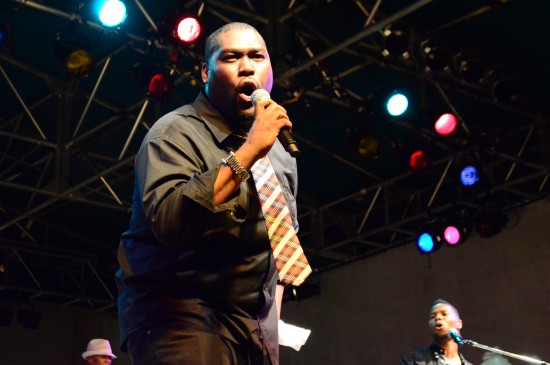 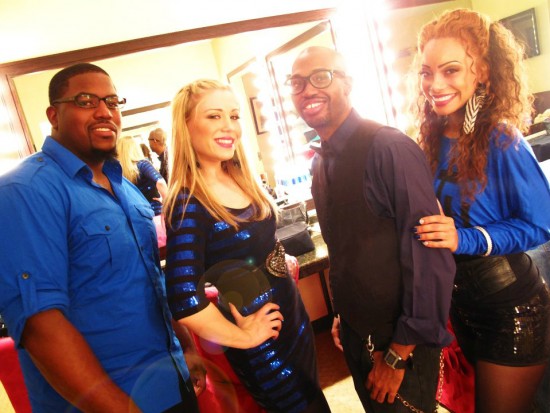 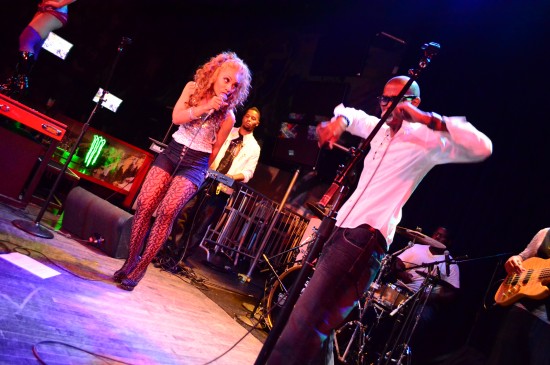 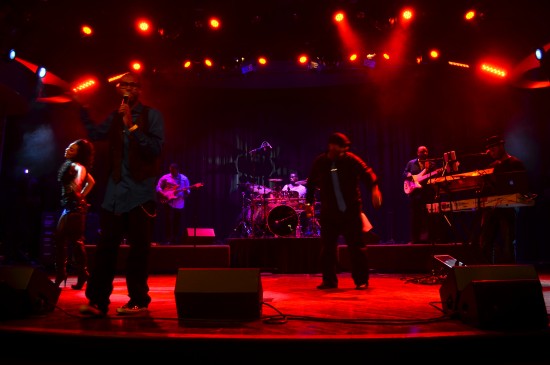 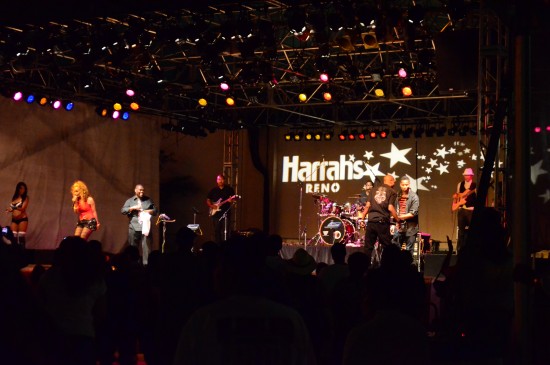 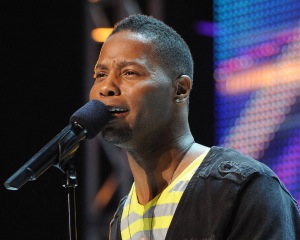 "Bringing You the Biggest and Best Variety of Music, LIVE on One Stage!"

This group of exceptional entertainers, whose members have achieved both national and international recognition, is one of the most respected and sought out acts in Northern California and across the nation! Superior client service, event and performance customization, and friendly staff makes your special event seamless and stress free. Members of RADIO have toured internationally and appeared on some of America's favorite television show, including "The Late Late Show" with James Corden and "The Ellen Show".

A Sweet surprise for my wife

From initial contact, Jessica was very professional and responsive with my request. Not only was the service reasonably priced, the band sang with such conviction, it nearly brought my wife to tears. I couldn't have asked for a better band. I will use them again in the future.

I was looking for a band to play at my daughter's wedding and RADIO was recommended by a close family member. I could not have chosen a better band. RADIO did an amazing job performing enjoyable dinner music songs all the way through to their rocking, upbeat dance tunes that had everyone on the floor. If you are looking for an awesome band to add to your next engagement, I recommend this amazing band!

A Night To Remember

My family and I spent a lot of time searching for the perfect band for our mother's 90th birthday celebration. We spent weeks looking at and listening to all of the local bands online, but couldn't seem to find what we were looking for. Then, we heard about a band called, "RADIO." After some "asking around" and viewing a few photos and videos online, we decided to give them a call to inquire about their rates and availability. to our delight, they were both available and affordable. We secured them for the date, and were excited to see their show.

From the moment they arrived and throughout the entirety of the party, they were professional, polite, and extremely accommodating. We had several song requests, and they managed to play every single one. They got everyone up and dancing, including the 90 year old birthday girl! They also played a great variety of music, suitable for all ages in attendance.

The singers were great (the women were absolutely gorgeous), and their smiles were infectious. The male singers were awesome too, and interacted with the crowd often. We never wanted the party to end!

If you're looking for a band that knows how to party while maintaining the utmost level of professionalism, this band is it! We highly recommend them to our friends, and can't wait to have them at our next event!

You Need These Guys At Your Next Event!

I caught this band after the Musiq Soulchild show at the end of October at Cache Creek, and they were an absolute treat. They played a huge variety of songs, and kept the dance floor packed all night. The (beautiful!) dancers were also kind enough to take pictures with my friends and I after the show. Can't wait to see them again!

Rocked The Night Away!!!

I saw this band at the "Roof Top" 4th of July, pre firework party at Harvey's Lake Tahoe (on top of the parking structure). They had at least a thousand people rock'n to their music and I was one of them. I literally thought the roof was going to collapse. They got everyone involved even children. Nice variety of music. All I can say is wow!! Very Nice!!

A Night To Remember!

I don't know what I initially expected from Radio- I know now that it's not your typical cover band.

Traces of brilliance: clear & vibrant tones singing the best of the best, the band MADE you get up out of your seat and groove! Radio's technique was nothing short of perfect.

Moreover, the program was masterfully arranged with the right amounts of musical and stylistic contrast between numbers.

Intellects might say Radio is laden with excitement &
joie de vivre -- but a music head like me says Radio is just outright amazing!

- Professionalism: From the initial contact down to the last minute of the show, you can expect customer service that is second to none. Our staff works diligently to ensure that your expectations are exceeded on every level, down to the last detail.

- Show Quality & Caliber of Musicianship: The band features several musicians and vocalists who currently tour with major recording artists. RADIO's high-energy show is modeled after the best of the best; it is interactive and designed to keep the crowd engaged and entertained all night long! Additionally, the band only uses professional sound equipment and sound engineers, ensuring that each show is seamless.

- The Look: While many cover bands have cheesy names, gimmicks and outdated attire, RADIO has a refreshing, youthful and trendy look. It's rare to find a band that both looks AND sounds amazing, and it is this winning combination that keeps RADIO a step ahead of the rest.

- Variety of Music: RADIO is true to its claim, offering the biggest and best selection of Pop, R&B/Soul, Rock and Latin hits, as well as all of the most treasured traditional holiday favorites we all look forward to during the holiday season.

RADIO is a captivating, high-energy party band that knows how to keep a crowd on its feet! The band features four phenomenal vocalists, a funky, five piece rhythm section, and two sizzling hot dancers! With an innovative approach and an amazing blend of classic, fresh, and pure musical excitement, every event is a guaranteed hit! Members have performed for major corporations including CBS Radio, E*Trade, Google, Maloof Sports & Entertainment, Make A Wish Foundation, Mercedes Benz and Twitter. They have also had the honor of performing for many notable celebrities—Arnold Schwarzenegger, Chris Webber, Jay Leno, Simon Cowell, Sylvester Stallone, and Vanessa Williams—and have shared the stage with the likes of Dave Hollister, DJ Quik, Dwele, Jessie J., Jon B., Genuwine, Kirk Franklin, Mario Winans, Nas, and The Gap Band.

The Northern-California based band can be found performing at sporting events, private parties, fairs and festivals, weddings, casinos and nightclubs throughout the year. With the biggest & best variety of Pop, Rock, Latin, Jazz, R&B and Soul music, you can rest assured that your favorites are always at the top of RADIO's list!

Visit our web site to view our complete set list.

Cheryl N. said “Crystal Image could not have been more impressive. From the excellent and prompt communication right from the beginning to the amazing performance at…”

Rahul G. said “Jonathan was a smashing hit at our event, and so kindly integrated our message into his performance. He worked really hard amidst a busy schedule to provide…”

Kyla A. said “We booked the Albertson duo for a backyard birthday party. Leading up they were easy to work with and communication was great. Everyone at the event commented…”