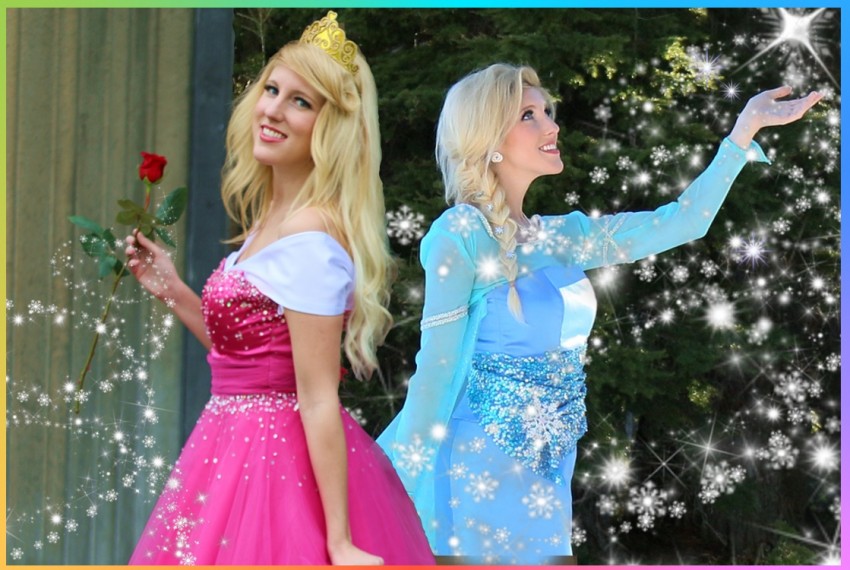 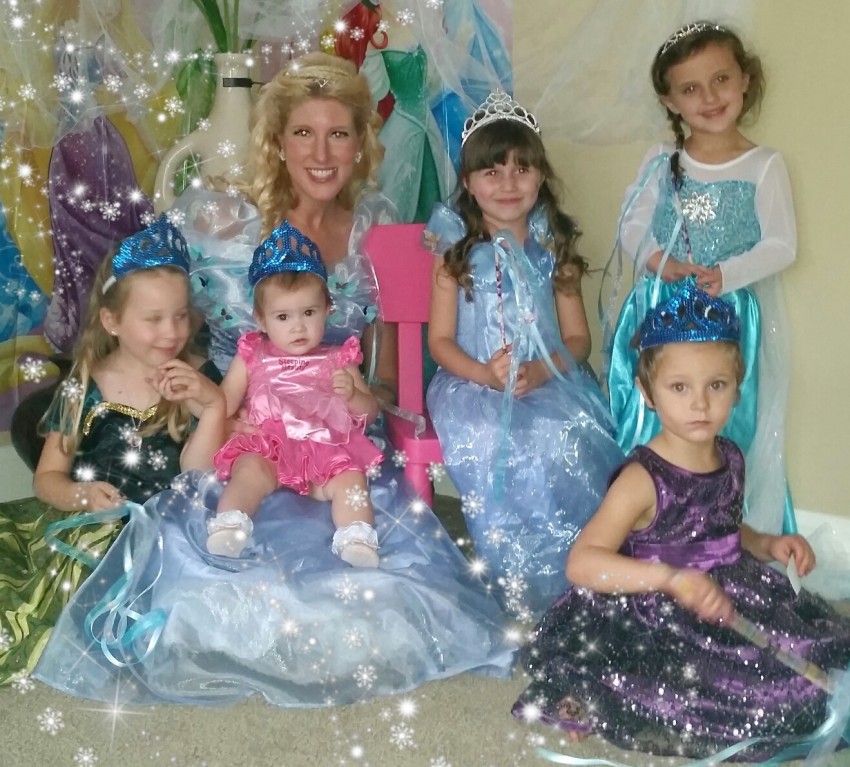 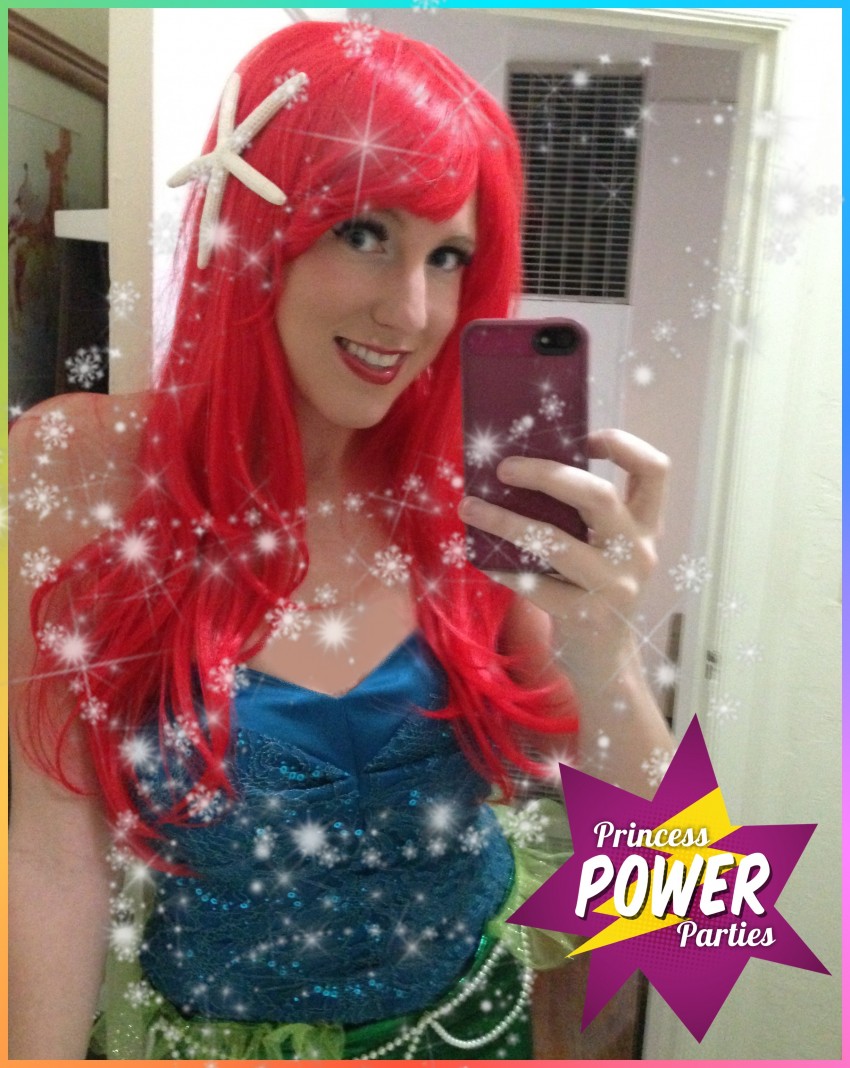 Our princesses are TRUE role models! Smart, confident and caring, our beautiful princesses will make your little princess's party unforgettable! Princess Power Parties makes it easy to throw the perfect party anywhere in Oregon or Washington. From singing to their favorite songs to twirling around with ribbon wands, our parties take care of all the fun so parents can sit back and enjoy the party. That's why parents LOVE Princess Power Parties! Check out our reviews!

Ariel was a wonderful addition to our party! She arrived on time with a treasure trunk full of activities and facilitated an hour of entertainment that was enjoyable for all involved. What a wonderful experience for my daughter and her friends!

Thanks for your kind words Rochelle! Ariel had such a great time with everyone. Thanks for having us! Take care

My daughter and her friends were so surprised when Belle arrived and they had so much fun with her! The 30 minutes was perfect to occupy the kids and give them something special to enjoy! I was afraid it would feel to short but I was surprised at how long it felt.

We had CinderElla for our daughter's 5th Birthday and it was magical. The princess looked and acted very natural. They did storytelling, wand making, power lessons and of course dancing and signing! All the little princesses were just mesmerized and even parents found this party idea just wonderful! This will be in our daughter's memory for forever! Thank you!

Everyone had a great time with the rumored 'real Cinderella.' She was inspiring, warm & made the party so much fun for all attendees. Love the empowering, smart, leadership & positive image to give more dimension. This praise is coming from a mom who initially tried to resist the princess phase with both of my girls.

My daughter and her friend were turning 3 and 4 respectively and we invited Cinderella to come to our party. Amazing. Not only did the birthday girls and all their friends have a most amazing time listening to a story, being crowned, making wands, eating cupcakes and dancing around with Cinderella but the parents enjoyed it, too. One mom said, "Oh! They are learning to be POWERFUL princesses! I just heard that they are making decisions about how to run their kingdom!" It's adorable that the girls like to wear sparkly dresses, but it's BEAUTIFUL that they want to be strong, capable and determined little ladies. It's really quite a bargain to jam all that into an hour birthday party! :)

Princess Aurora came for my daughters 5 th birthday party and she did an amazing job. The kiddos had shoo much fun and I love how she would get down at there level anytime she was talking to them and how she took time to say goodbye to my daughter you so very much you were amazing.

everyone had so much fun. especially taking pictures with the snow queen and doing story time.

Tyler made sure the kiddos had fun AND did it with a positive message. The girls loved her, and nobody wanted to see her go by the end! Such a great, warm person.

An all around great experience!

We hired Princess Power Parties to have The Little Mermaid come to our daughter's 3rd birthday party. In all the conversations leading up to the party, Tyler was very professional and easy to deal with. On the day of the party, she arrived when we had asked her to be there and her costume was fantastic! The activities she did were very age appropriate for my daughter, who absolutely loved having her favorite character at her birthday party. She is telling everyone we see all about it. I strongly recommend Princess Power Parties.

Princess Power Parties brings a positive, strong, magical, and powerful message to children. They encourage imagination, confidence, and sharing with others while having fun. The children were all engaged from story time to being brave while acting out fun animals to creating their own wands to dance with. Our party had children from age 2 to 5 mixed with girls and boys with everyone having a wonderful time. I can’t wait to plan another party with Princess Power Parties!

Our packages are designed to make it easy for parents to throw the perfect party! We provide the games, activities, and everything necessary to make her party something they will be talking about for years!

This includes:
Grand Entrance - A royal welcome to guests
Crowning Ceremony - Each guest gets a special crown
Powerful Princess Practice - Learn how to be a powerful princess
Happy Birthday Song - Participate in singing Happy Birthday and assist in serving cake, if desired
Photo Opportunities - Dedicated time to pose for pictures with guests


Princess Powerful Package
For your little girl that’s ready to take over the world, this 60 minute visit from a princess includes:

Grand Entrance - A royal welcome to guests
Story time - Hear the adventures of another powerful princess
Crowning Ceremony - Each guest gets their own special crown
Powerful Princess Practice - Learn how to be a powerful princess
Ribbon Wands Craft - Decorate your own ribbon wand
Princess Game - Dance, sing and play our age appropriate princess game
Happy Birthday Song - Participate in singing Happy Birthday and assist in serving cake, if desired
Photo Opportunities - Dedicated time to pose for pictures with guests
Princess Power Goodbye - End the party together with a powerful princess goodbye

Tyler's background is as colorful as her costume closet. After graduating from the University of Oregon, she spent five years working at Girl Scouts of Oregon and SW Washington. It was here that she realized her passion for helping girls become stronger and more confident individuals. It was also where her idea of Princess Power Parties was born.

With still so much to learn about becoming powerful herself, Tyler decided to take an adventure. She took on extra jobs, saved money and bought a one way ticket to Europe so she could backpack the countryside solo, something she'd always dreamed of doing. After two months of incredible adventures in eight countries, she returned to the US with a new confidence. She had survived! Alone! And loved every minute of it.

From there she continued to explore the fabulous city of Portland by working as a Location Scout for Portlandia Season 3 (and then Season 5, too). In between seasons, she worked at an advertising agency as the Director of Public Relations. And also squeezed in another solo backpacking adventure to China and Thailand.

In 2015, Tyler was ready to launch Princess Power Parties. It was a perfect combination of her passions: girl empowerment and costumes! A theater actress since she was 10 years old, Tyler is able to use her acting skills and costume design to create very memorable princesses. Tyler is so excited to offer parties that go beyond the basic princess idea to actually help build and celebrate powerful girls!

Jennifer W. said “Anna and Elsa came to my daughters 4th birthday party and made the party truly something magical! They dressed and presented themselves so professionally.…”

Chelsea B. said “The face painter was busy for two hours straight and did a fantastic job. Would recommend!” 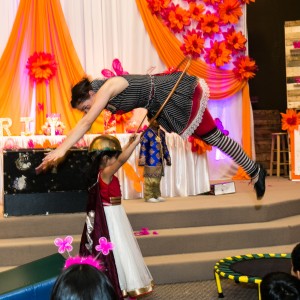 Lisa B. said “Showed up on time, professional display and did an amazing job!! The kids & adults loved it, she was the hit of our company event. Will use her again…” 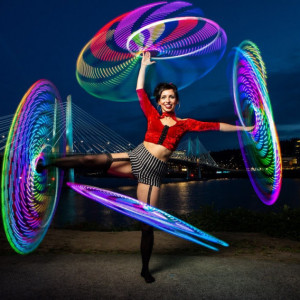 Now booking for the Holiday Season! Kendall is a multi-talented circus artist that leaves a trail of joy and smiles wherever she goes. Most known for her incredible…