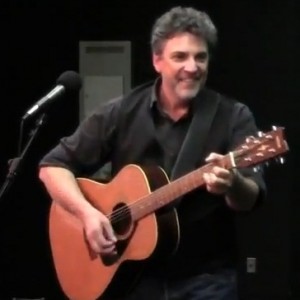 Folk, classic pop, and jazz standards from the 1920's to today. You may hear influences, from Nat King Cole, Chet Baker, and Willie Nelson, to James Taylor, Paul Simon, and Jack Johnson.

Peter is a seasoned entertainer with a great variety of songs for any audience or venue. Ask about special shows for kids, for seniors, Christmas/holiday, an all-Beatles set, even cowboy songs for around your campfire (he'll even lead the sing-a-long).

“…a great musician! His selections of songs for our casual Sunday afternoon event were perfect and everyone enjoyed the music.” — Saint Joe's Parish, Lyons, WI

Peter played at the graveside service for my wife, Barbara and added so much to the ceremony - his musical skill is impressive and he is the kind of individual you are happy to meet.

Peter played again at the family dinner after the burial and added so much to the gathering playing songs so appropriate to the occasion.

If you are looking for a real professional, you will be happy with Peter.

Thanks Gordon - it was an honor.

Solo voice and guitar. A smooth and pleasing voice ala James Taylor. Songs come from many eras, genres and styles with a special nod to 60s classic pop/folk and jazz standards (aka American Songbook). Peter is very good with an audience: personable, easy/natural sense of humor. Act is suitable for a concert/festival audience or for background music at parties and events. Special material for weddings and memorials. Full sets for kids or seniors. Special sets include cowboy songs and all-Beatles. Veteran, mature, responsible, and reliable.

BIO:
Raised in the small towns of Lyons and East Troy, Wisconsin, Peter comes from a large musical family. Home was infused with Mom’s big band and popular standards from the 1920′s-40′s. Older siblings brought into the house roots Rock and Roll, the early 60′s folk/protest tradition and, of course, The Beatles. Big brother John, a trumpeter, introduced the jazz greats. The 1970′s singer-songwriter era provided the FM soundtrack for his own coming-of-age.

Peter has been singing for audiences since the age of 12. Church and school programs led to local talent shows and his first working band, Tempest, (LP, Three Shots For The Band) and then to the professional stage as a solo artist, front-man, singer/actor and featured performer in bands, musicals and revues. Credits include extended runs with Beach Blanket Babylon in San Francisco, Dudley Riggs’ Brave New Workshop in Minneapolis, and Royal Viking Cruise Lines.

While at San Francisco State University (BA Philosophy, MA Interdisciplinary Creative Arts) Peter teamed with artist/musician Frank Skillman to create NeoRadio, an audio-art program for The Pacifica Radio Network. He also partnered with singer/actress Deborah Del Mastro. Together they created a young family with daughter and son, Sarah and Jack. (Presto! Dozens of children’s and holiday songs added to the repertoire.)

Back in his native Wisconsin, Peter presents his acoustic take on a lifetime of songs. In addition to his solo work, Peter sings with Milwaukee favorite Kay Stiefel. Peter & Kay offer an eclectic show of standards and surprises.