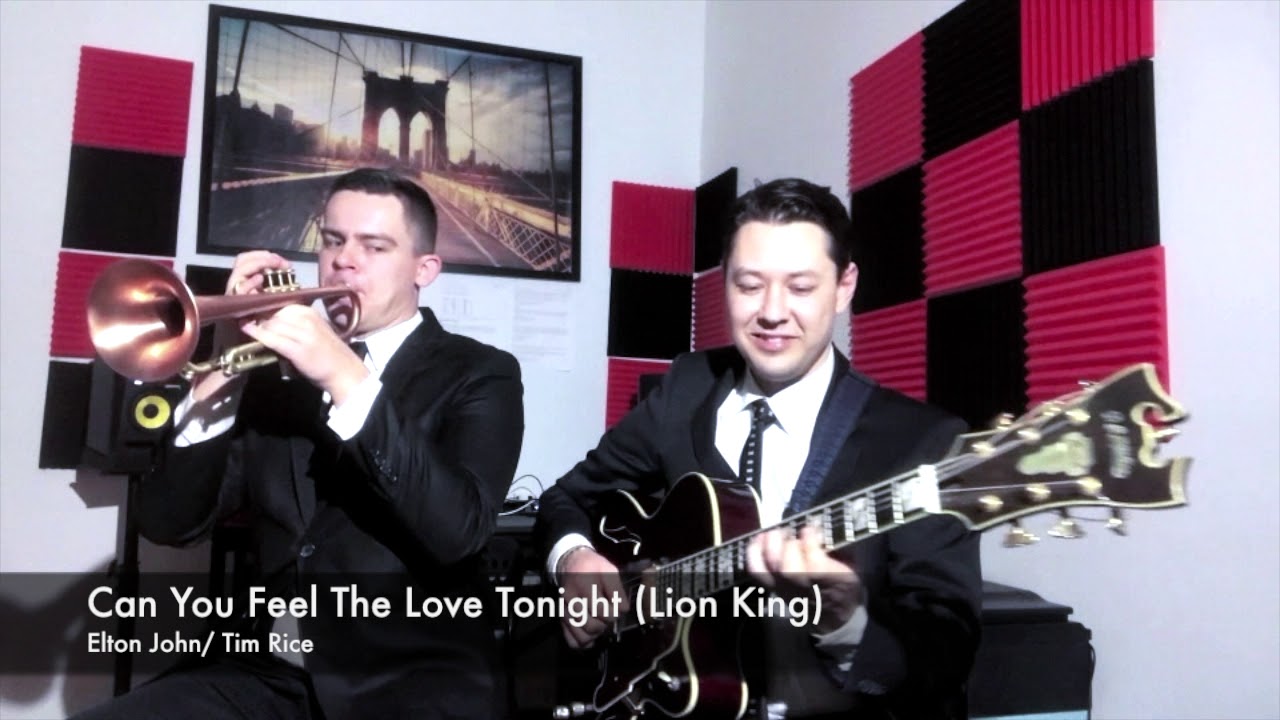 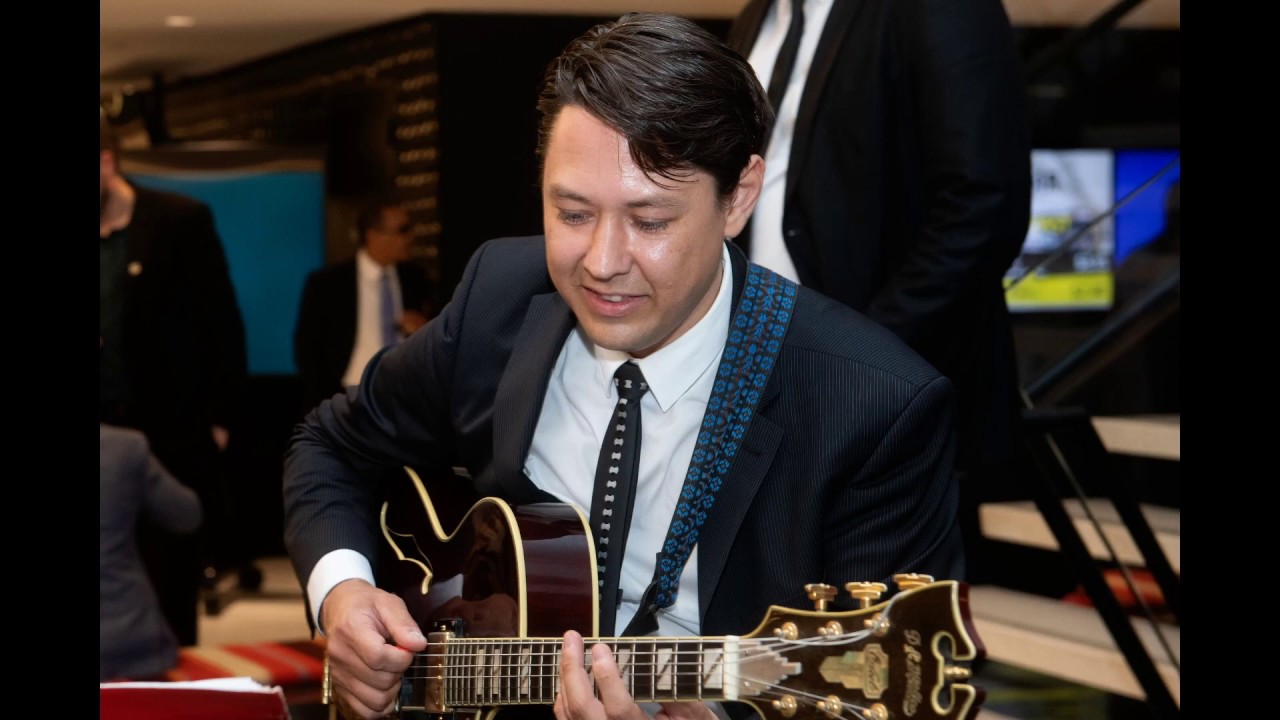 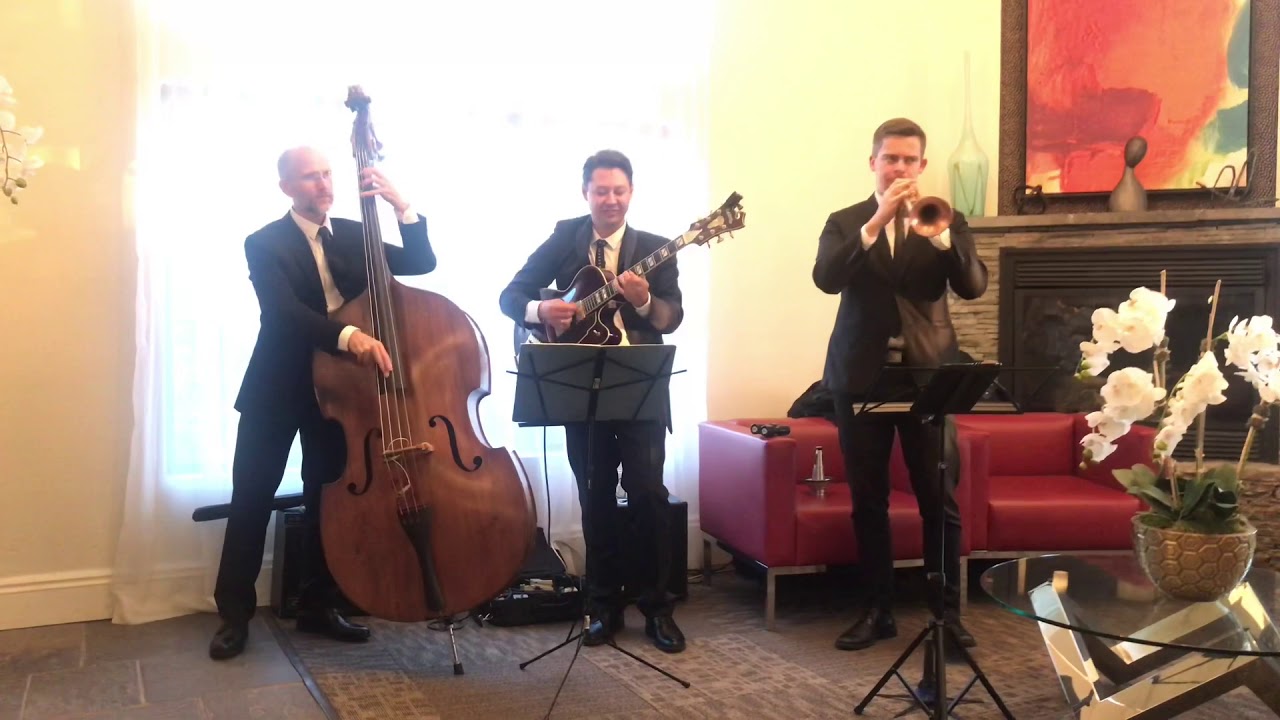 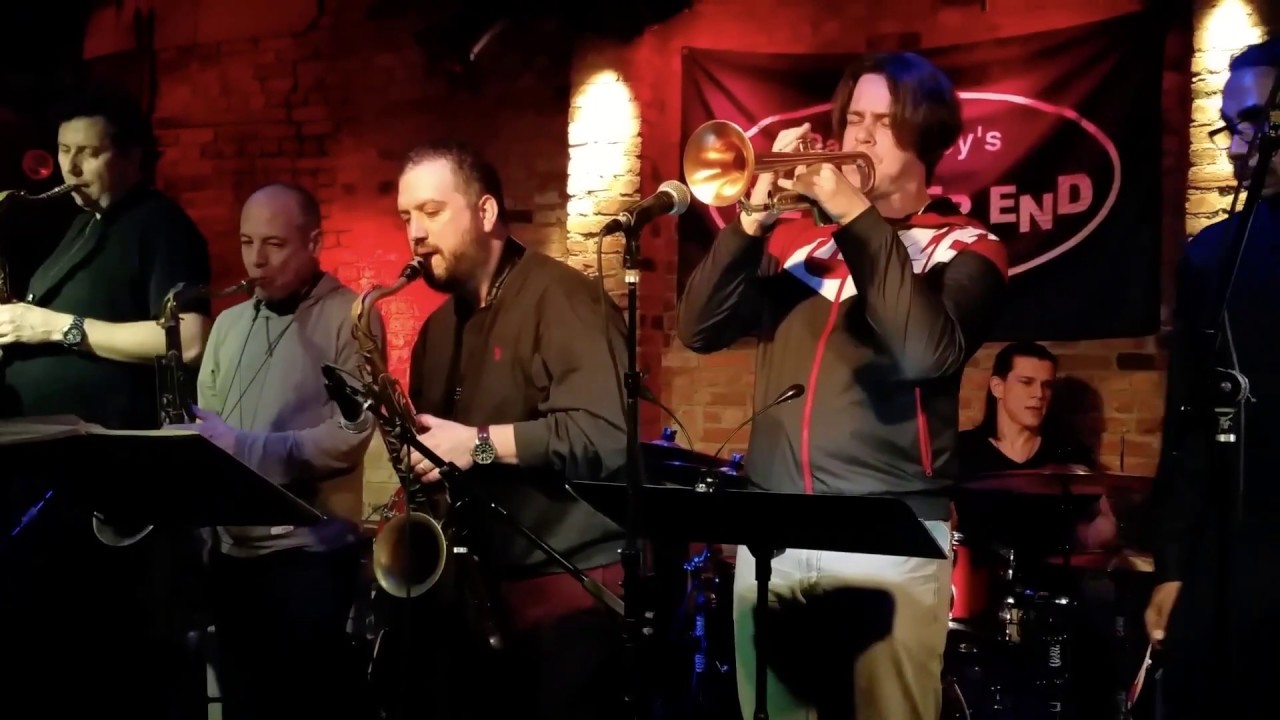 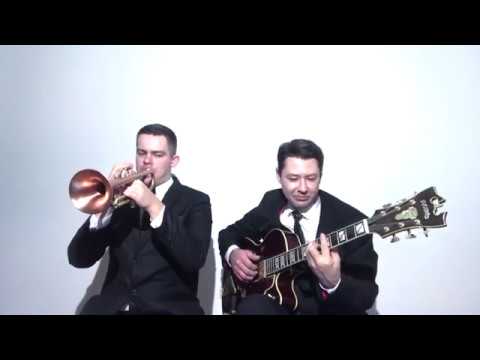 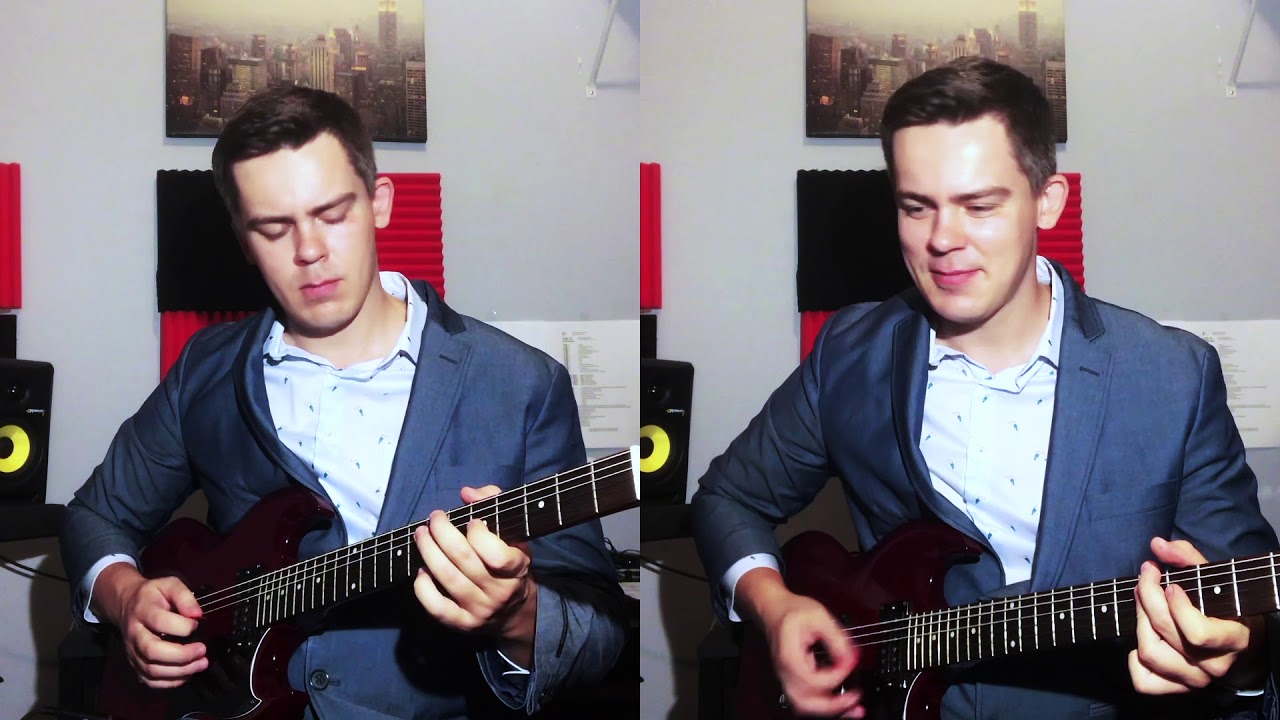 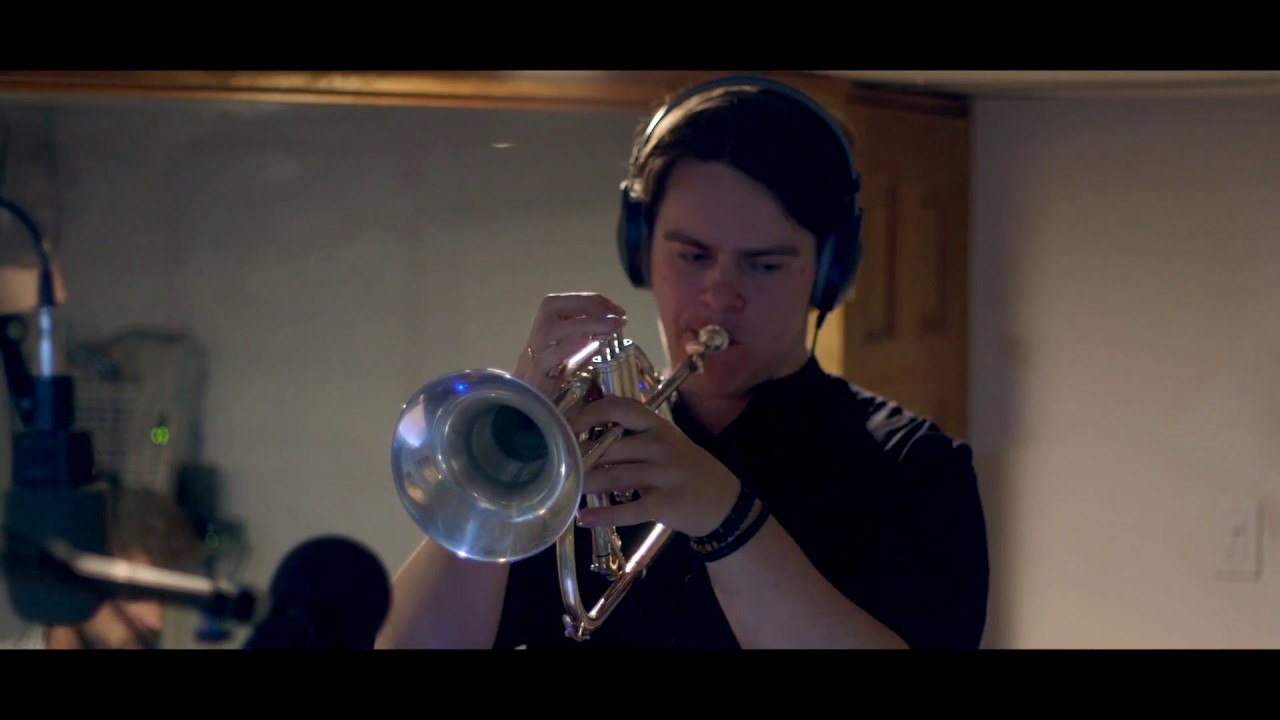 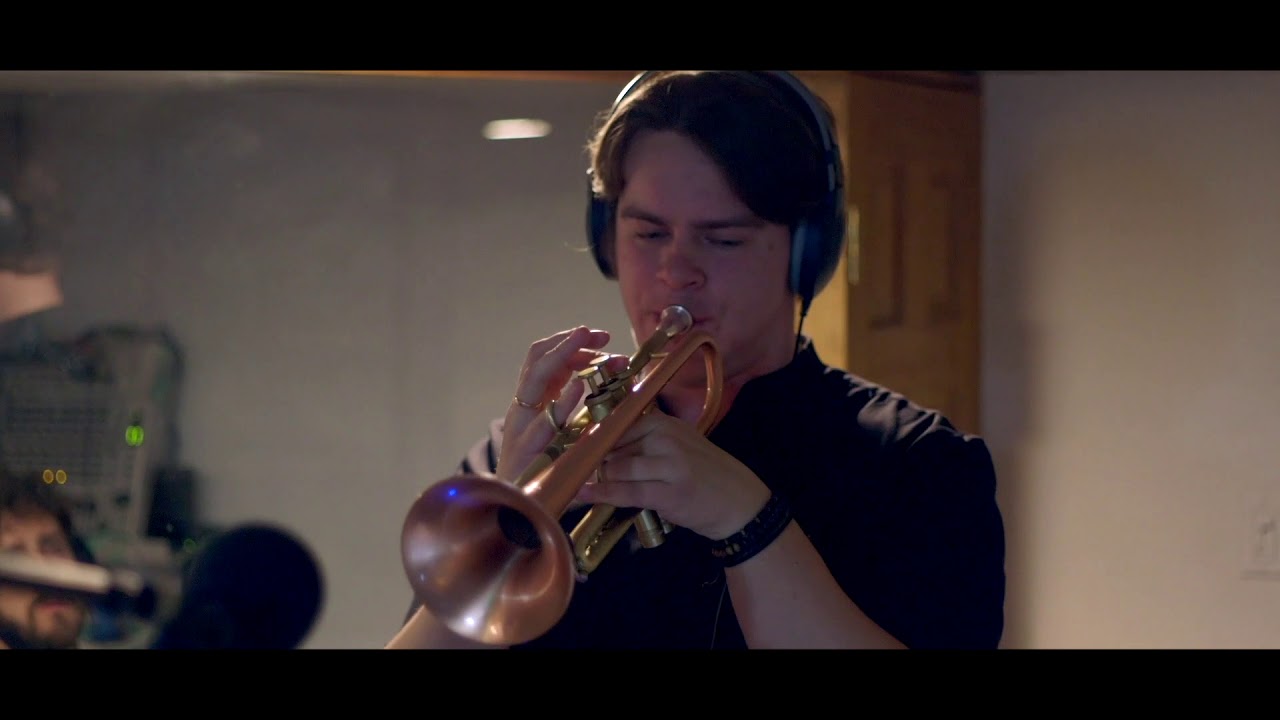 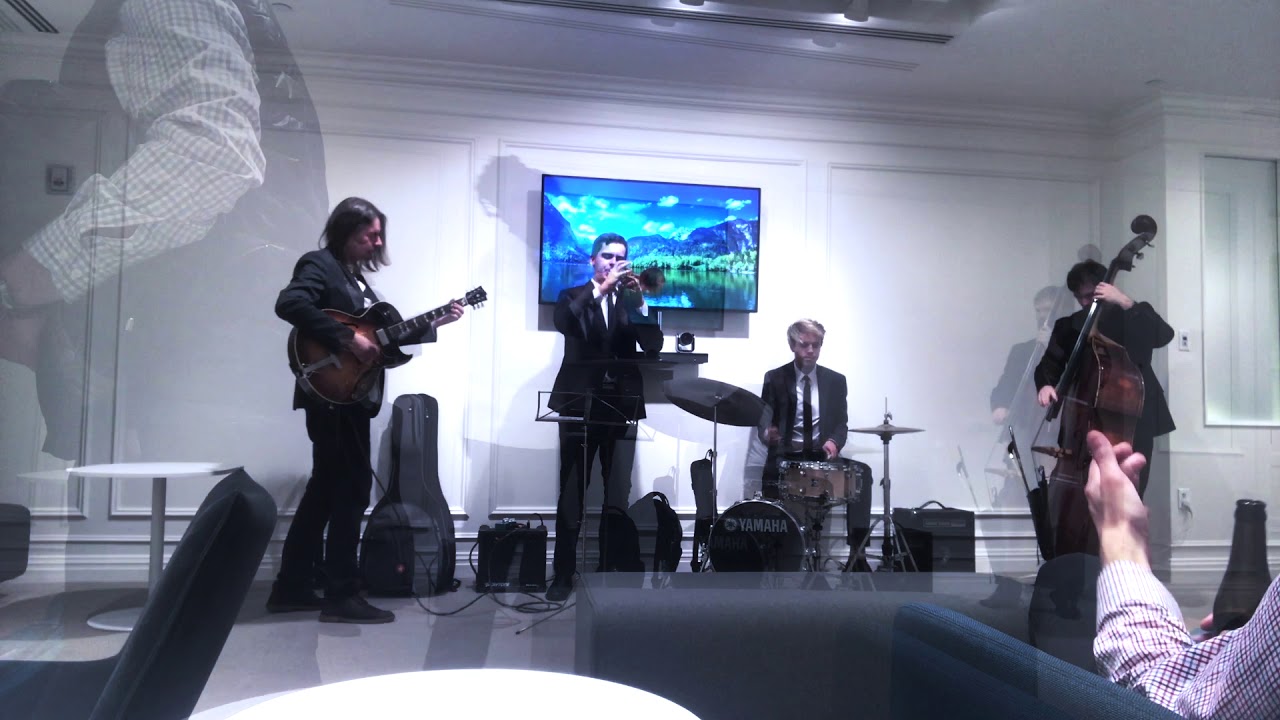 Pasha Karchevsky Music Group is a live music service operating out of NYC. This multi-instrument band is available to play at wedding ceremonies, receptions, cocktail hour and any private event. Providing a broad selection of music, these versatile musicians are well-versed in creating a memorable soundtrack to your unforgettable day.

Some Kind Of Wonderful

Talk about exceeding my expectations! The Pasha Karchevsky Music Group played for my fathers 95Th birthday party - during this pandemic no less so lots of care was needed - and they crushed it. We had a modest budget so could only afford two pieces, Pasha on the trumpet and Arthur on the guitar, but it may as well have been five pieces. Pasha is an insanely talented trumpet player. He connects to the audience in a soulful way at the same time bringing tremendous energy and and mastery of the music. Arthur, the guitarist had the most awesome vibe and was wonderful as well. He was a perfect presence and was smiling the entire time. They played standards like Fly Me To The Moon and Hello Dolly that had the 95 year old birthday boy jitterbugging. Add to that, that both Pasha and Arthur were entirely professional and full of grace throughout. They rolled up looking like total pros in great looking black suits as well. The whole experience was impressive and I can’t wait to book them for another gig. They truly made the event one in a million. I wish there were ten stars on the scale!

They were professional from start to finish. They arrived earlier but the person for the surprise was late and they waited for them to arrive before playing and were really great about the entire situation. Would always recommend them to anyone.

Thank you, Justin! It was a pleasure to play for you.

Pasha played the trumpet at a surprise birthday event that I held in my backyard. The process of working with Pasha, from start to finish was stress-free and highly professional. We really enjoyed the range of songs that he played- from modern hits to classic Miles Davis. He even played a challenging Balkan song that I had requested. I highly recommend Pasha to anyone.

Thank you Pasha for giving my family this unique experience, your enthusiasm, positive spirit, and TALENT really shined through. We hope to work with you again!

I highly recommend Pasha. He is the consummate professional. Presents himself very well and is a very talented musician.

We were so happy to have Pasha join our special event! He was extremely professional and played beautifully!

Thank you so much Kristie! God bless you!

Pasha and his team is awesome!

They accepted all my requirements and played a wonderful music on the occasion of my loved one’s birthday.

Hired this Bossa Nova Band for the cocktail reception at a Corporate Holiday Party. They provided a lovely performance! Would use them again.

Pasha showed up early and dressed to the nines. He was attentive and receptive of direction as we didn’t really know exactly how the procession of a burial would go. He played the bugle taps on his trumpet ever so beautifully, it made the occasion complete. Thanks, Pasha.

Pasha was great! He played happy birthday for our co-worker and everyone was so happy! He came on time and was very professional.

Pasha provided a captivating performance for an audience of over three hundred. His talent and versatility is undeniable. He is also a gentleman. Many thanks.

Thank you, Greg!!
It was a lot fun to play at your event!!

Very professional and well dressed. The Music was relaxing and added class to our event, will rebook.

This band did an amazing job! They arrived on time and were very pleasant and personable. They played for my school's art show and reception after; their talent was impressive and everyone loved their musical selections. I couldn't have been happier with the outcome. Please book them if you can, they will not disappoint!

Pasha played at my fathers funeral. He did an exceptional job, polite, on time, well dressed and most importantly played an exceptionally. Will use him again on other events.

Pasha coordinated with me weeks in advance and checked in multiple times to make sure his timing for our event was all set up. His playing was excellent and made a special moment perfect for me and my now fiance. I highly recommend a Pasha for any role you are pondering.

Pasha was a delight to work with. He showed up on time for rehearsals and the gig, was well-prepared, and was even willing to play a few handbells for our Easter service! I'm so glad I met Pasha through Gigsalad. I will hire him again. I highly recommend Pasha for any occasions. Thank you Pasha!

A very nice young man with a great horn

Pasha is a very well studied musician who plays a great jazz trumpet. He recently played solo at my restaurant for Fat Tuesday and my customers loved him. His fee is very reasonable for such an accomplished musician and I would recommend him for any event. Bob Connelly Little Goose Cafe

It was a wonderful service for my birthday. Pasha is a very good trumpeter with beautifull tone. Looking forward to hire him again!

Our musicians are passionate about creating memorable events and their talent and expertise guarantees that every event is given the utmost attention to detail.
​
Whether we are preforming at private events, wedding ceremony/receptions, or corporate events we strive to tailor our music to our cliental needs.

Pasha Karchevsky is a rising-star jazz trumpeter, composer and educator. Austin Winds and Reunion Blues artist. Pasha won many prestigious international competitions and performed at major venues and jazz festivals around the world. Over the past 10 years of his professional career, Pasha shared the stage with a number of top-tier artists such as Mireille Mathieu, Wynton Marsalis, Bob Mintzer, Conrad Herwig, Terence Blanchard, Allan Harris, Igor Butman and Alex Sipiagin among others. In 2015 Pasha published his first book “12 Jazz Trumpet Transcriptions”.

Pasha was born in Novokuznetsk, Russia in 1989. His father was a driver, mother is a dispatcher. None in his family was interested in music. Just out of the blue at age of fifteen Pasha picked up his first trumpet, he fell in love with this instrument at once and no matter what Pasha made a decision to continue his life as a musician.

When he was 17, he enrolled to Novosibirsk Musical College named after Murov where he met his first teacher and mentor Vladimir Lobanov. While studying in Novosibirsk Pasha participated International Competition of Young Jazz Performers 2009. He took grand-prix. In 2010 Pasha graduated with honors from that college and went to Moscow for audition at Russian Academy of Music named after Gnesin. After successful audition Pasha was accepted to attend the Academy.

From 2010-2014 Pasha was a soloist of «Academic Band» led by the People’s Artist of Russia Anatoly Kroll and «Big Jazz Orchestra» led by trumpeter Peter Vostokov. During that time Pasha took part in many festivals in Moscow and other Russian cities with these bands.

In December 2014 Pasha took part in the international competition “Gnesin Jazz”. He became a winner at once in 4 nominations: “The best instrumentalist”; “The best original composition”; “The best ensemble” and “The best arrangement of the jazz standard”.

On April 30, 2015 Anatoly Kroll invited Alexander Oseichuck’s ensemble to the concert devoted to Day of Jazz. The leader of ensemble was Pasha Karchevsky, performed original composition. The composition “Road from” which was written by Pasha was announced by radio Jazz for the Day of Jazz in Moscow.

In June, 2015 Pasha Karchevsky published his first book “12 Jazz Trumpet Transcriptions”. The book received excellent comments. Pasha became the first man in Russia who published a book for jazz trumpet. The largest jazz magazine in Russia “Jazz.ru” published an interview about this book.

In the fall 2014 Igor Butman made the special program “Future of the Jazz” on which he presented new jazz generation from the different countries: Pasha Karchevsky (Russia), Azat Bayazitov (Tatarstan), Polina Zizak (Russia), Russel Hall(USA), Evan Sherman(USA). At the concert in Tchaikovsky’s Hall Pasha showed himself as an outstanding composer with extraordinary musical ability.

In 2013-2015 Pasha was a member of the worldwide famous Jazz band “The Moscow State Jazz Orchestra” consisting of outstanding Russian jazz musicians led by Igor Butman. In 1999, Igor Butman founded the Moscow Jazz Orchestra and since then it has quickly become the hottest ensemble of its kind in Russia around the World. Throughout his collaboration Pasha had (throughout all collaboration with this orchestra) tour across countries and continents in Europe, the United Kingdom, the United States, the Far East, Russia and elsewhere.

All Of Me
Almost Like Being In Love
Autumn Leaves
All The Things You Are
At Least
Black Orpheus
Blue Bossa
Chega De Saudade
Call Me
Caravan
Come Fly With Me
Come Away With Me
Desafinado
Days Of Wine And Roses
Don't Get Around Much Anymore
Dream A Little Dream Of Me
Fly Me To The Moon
The Girl From Ipanema
I Can't Get Started With You
It Had To Be You
Love
Meditation
Misty
My Favorite Things
My Romance
Satin Doll
Stomping At The Savoy
Under My Skin
​
Ceremony music
​
All Of Me - J. Legend
Ave Maria
Amazing Grace
Bridal Chorus
Beautiful In My Eyes
Canon In D
Can You Feel The Love Tonight
Can't Help Falling In Love With You
God Gave Me You
Halleluja
Just The Way You Are
In My Life
I Will Be Here
Love Me Tender
La Vi En Rose
Marry You
Make You Feel My Love
Over The Rainbow
Put Your Head On Me
Perfect
Photograph
Stand By Me
Sunrise, Sunset
A Thousand Years
Unchained Melody
Unforgettable
Wedding March
Your Body Is A Wonderland
​
​Pop and Classics:


Just The Two Of Us
Let's Groove Tonight
September
The Way You Make Me Feel
Let's Stay Together
This Love
Sir Duke
Isn't She Lovely
You Are The Sunshine Of My Life
I Want It That Way
Sugar
My Girl
I Feel Good
Sex Maschine
Shape Of You
Come Together
Yesterday
Don't Worry Be Happy
Happy
Uptown Girl
I Just Called To Say I Love You
Stay With Me
Johnny B.Goode
​
​