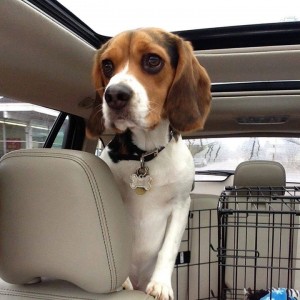 Parish Gap offers a broad variety of pop-rock musical sounds, tastefully and artfully presented with excellent vocals and superb musicianship. Our repertoire consists mostly of original compositions composed over a 30 year performing career that has taken us to most of the USA and Canada. In addition, we season our menu with the best and most popular cover tunes collected on the journey. Our ever-changing blend of styles ranges from rock 'n' roll to easy listening, jazz to folk, and blues to country, taking the listeners on a delightful Journey through Song. If the audience is into listening and appreciating great vocal and instrumental presentations, we pour out quality songs that please.

Be the first to review Parish Gap

Parish Gap offers a broad variety of pop-rock musical sounds, tastefully and artfully presented with excellent vocals and superb musicianship. Our repertoire consists mostly of original compositions composed over a 30 year performing career that has taken us to most of the USA and Canada. In addition, we season our menu with the best and most popular cover tunes collected on the journey. Our ever-changing blend of styles ranges from rock 'n' roll to easy listening, jazz to folk, and blues to country, taking the listeners on a delightful Journey through Song. If the audience is into listening and appreciating great vocal and instrumental presentations, we pour out quality songs that please.

The group consists of:
Tom Wright on guitar, harmonica, and vocals, and Bob Rause on keyboards, bass, and vocals. They have been a musical duo since they met in high school in the Chicago area. Together they comprise the heart and soul of Parish Gap's unique sound and presence. As a songwriting and performing team, their seamless sound creates music that they describe as "Art Rock"—music that paints pictures in the minds of the listeners.
Heather Moorland has honed her singing and performing skills in many choirs, a cappella groups, and has performed with bands throughout the Pacific Northwest. The beauty of her voice and her dynamic performance style never fail to impress. She knows what the audience wants, and always delivers.
Stephen Down, who artfully provides the heartbeat of the group on drums. He is an extraordinary percussionist and delivers the solid, lively beat that gets people’s toes tapping. His talent and sheer power as a versatile rock 'n' roll drummer will knock your socks off!
Nona Miller has been singing since the age of four. She sang in choirs all through school and music is her true joy. She has been singing for weddings, county fairs, family and friends and is always ready to deliver her best to the audience. She sings from a deep emotional commitment to music. Her unique sense of style captivates and thoroughly entertains.
Together, they create uncompromised quality, variety, and taste in a musical experience appreciated by all who hear them from young to old. It would be our pleasure to perform at your venue.

Parish Gap: Local and Incredible
April 13, 2011. Article by Theresa Griffith
The Bio reads: “Parish Gap offers a broad variety of pop-rock musical sounds, tastefully and artfully presented with excellent vocals and superb musicianship. Their seamless sound creates what they describe as ‘Art Rock’ – music that paints pictures in the minds of the listeners. We pour out quality songs that mesmerize with mood and grace that you can feel in the air. Discerning audiences will appreciate the flawless professionalism our seasoned group brings to the stage coming from experience and tight collaboration.”
Flawless professionalism?
You always have to wonder about self-made descriptions of local bands like this. Maybe even doubt that they could measure up to such statements, but having been the eyes and ears of The Commuter last night, I must say it was more than accurate.

I was not prepared for such an enjoyable evening. I was planning to leave after tasting an hour of the show, but couldn’t. That flawless professionalism they were selling kept me wanting more! I kept expecting to find a “weak link” in the group, but never found it; what I found instead was a group of musicians who are so strong individually, they could all stand alone as solo artists. Put all those individuals back into one cohesive unit and you have an one amazing mix.

They were so tight, they flowed as one unit with multiple working parts. When I say “tight,” I mean it in every sense of the word; not only musically, but relationally. Part of the pleasure of their concert was to feel their rare camaraderie on and off stage. You could see that they totally adore and celebrate each other, which only added to their stage presence and unity during the performance.

This band plays everything from classic rock to easy listening, jazz to folk and blues to country — covering popular tunes from artists like Fleetwood Mac, The Doors, Aerosmith, Carrie Underwood, and Lady Gaga, to name just a few, but much of their repertoire consists of original compositions composed over a 30 year career that has taken them over most of the USA and Canada.

I especially liked the first-rate, original song “Respect,” which Nona sang with the same excellence with which it was written. This young lady has some powerful pipes and amazing versatility.

Nona and Heather team up to be a dynamite duo because their voices are so compatible and mature. They are able to match the seasoned experience of the guys in the band who have been successfully honing their craft for some 30 years.

This is not to say that the guys are deficient in any way. As I listened, I kept feeling like I was in Chicago or NYC, because of the amazing skill and proficiency they displayed. I say this as a musician myself, who has traveled all over the world, and fairly hard to impress.

Tom Wrights’ guitar licks and screamin’ harmonica were awesome and Bob Rauses’ keyboard’s/organ and vocals were exceptional. Bob was a highlight of the night for me with his ever-changing vocal style; sounding at times like Sting, and other times like Louis Armstrong. Drummer, Stephen Down, kept all this virtuosity in sync with his adrenalized, impeccable rhythm work.

Here is our list of original works and covers as well;

We show up complete with over 2000 watts of out front power, enough to play just about any indoor venue and be heard not to mention that the guitar and keys are both amplified as well. AND, we show up with enough lights to put on a real party atmosphere with over 5000 watts of stage illumination and party lighting. (We require at least two 30 amp circuits within 50 feet of the stage, to ensure that we don't trip the circuit breakers.)

Our set list includes a diverse variety of music and many times we pull songs into the mix to get the party going. Tom has been doing this for so many years that he virtually reads the audience and picks out the songs necessary to get you out of your chair and on the dance floor.

Two 30 amp circuits near the stage

Chris H. said “We were happy to find that the Talbott brothers were available for our family celebration. Their music was original, fresh, and expressive. I can't say…”