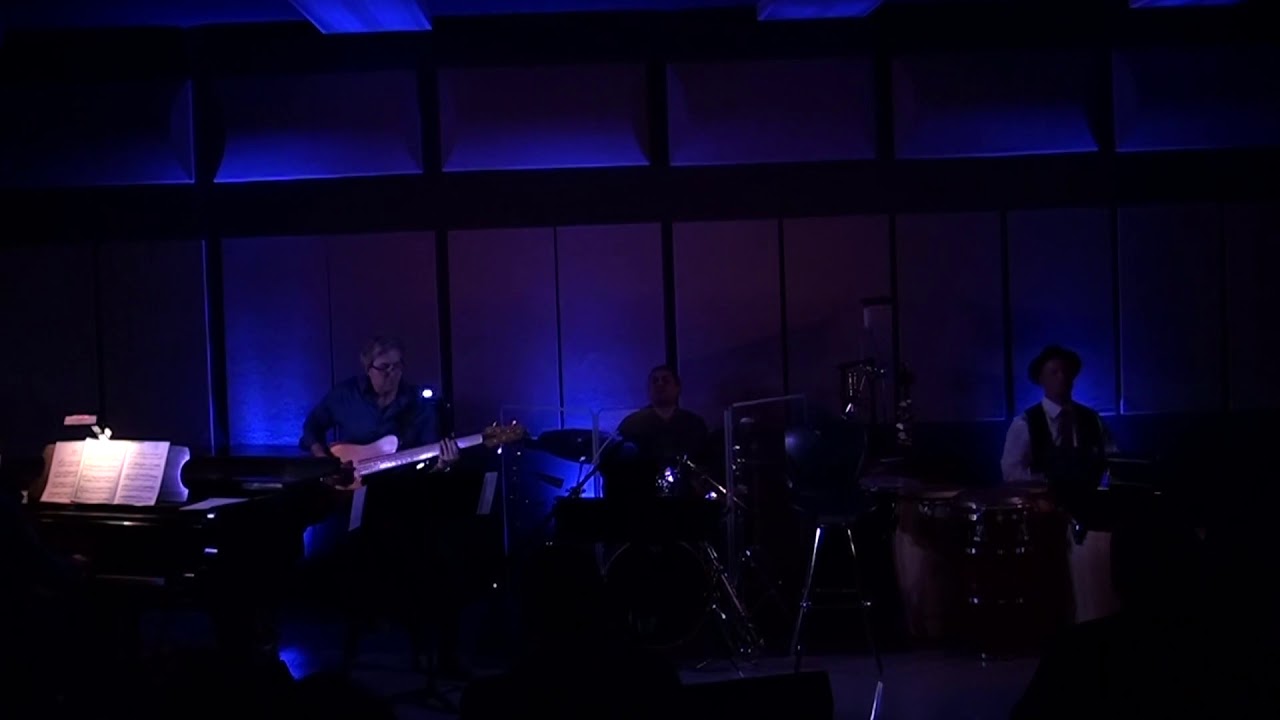 We are a band that mixes world rhythms with jazz and popular musical styles.

Be the first to review Montuno Blue

Pianist Andrew Carroll is an award winning multi-instrumentalist, composer, arranger, and producer. He began piano studies at the age of four and discovered jazz piano when he was nine years old under the tutelage of Rick Montalbano. With more than two decades of professional experience, Andrew has spent years listening to his musical heroes in efforts of capturing the essence and sounds of great piano players. He has shared the performance stage with many of the greats in the music industry, including Burt Bacharach, Steve Miller, Jane Monheit, Elliot Mason, and Peter Eldridge.

Bassist Chris Colabello is the newest memeber of the band, and is fluent in all styles of electric bass playing. He has played with many staples of the Upstate New York Music music scene, including Atlas, The Minds Eye, Spaces, Paul Bollenbeck, and Latin jazz legend Dave Valentin.

Percussionist Dave Donley, who is originally from Los Angeles, grew up playing Afo-Cuban folkloric music. Dave is a featured performer in the band on congas, shekere, pandeiro, timbales, and more. Dave has performed Rhythm Tribe, Chaka Khan, Tierra, War and regionally with Grupo Pagan.
​
Vocalist, Melody Rose
​
Melody Rose is a singer/songwriter from New York. Melody has been fortunate to have many prestigious opportunities, such as touring Europe on two occasions and performing at various music conferences and festivals along the east coast. Rose recently opened for Howard Jones at the Paramount Theatre in Huntington, NY. Cryptic Rock says "Rose harkened back to the best female acts of the ’60s and ’70s as she gave off the vibe of an edgy Carole King, the sharp wit of Rickie Lee Jones, and the power and confidence of a seasoned Diana Ross." Melody attributes her unique vocal style to her various musical upbringings. She trained classically in opera for nine years, and studied jazz for seven. Upon receiving her M.A. in music composition, Melody continued to work on her craft as a singer-songwriter, and subsequently released her E.P. in February 2015.