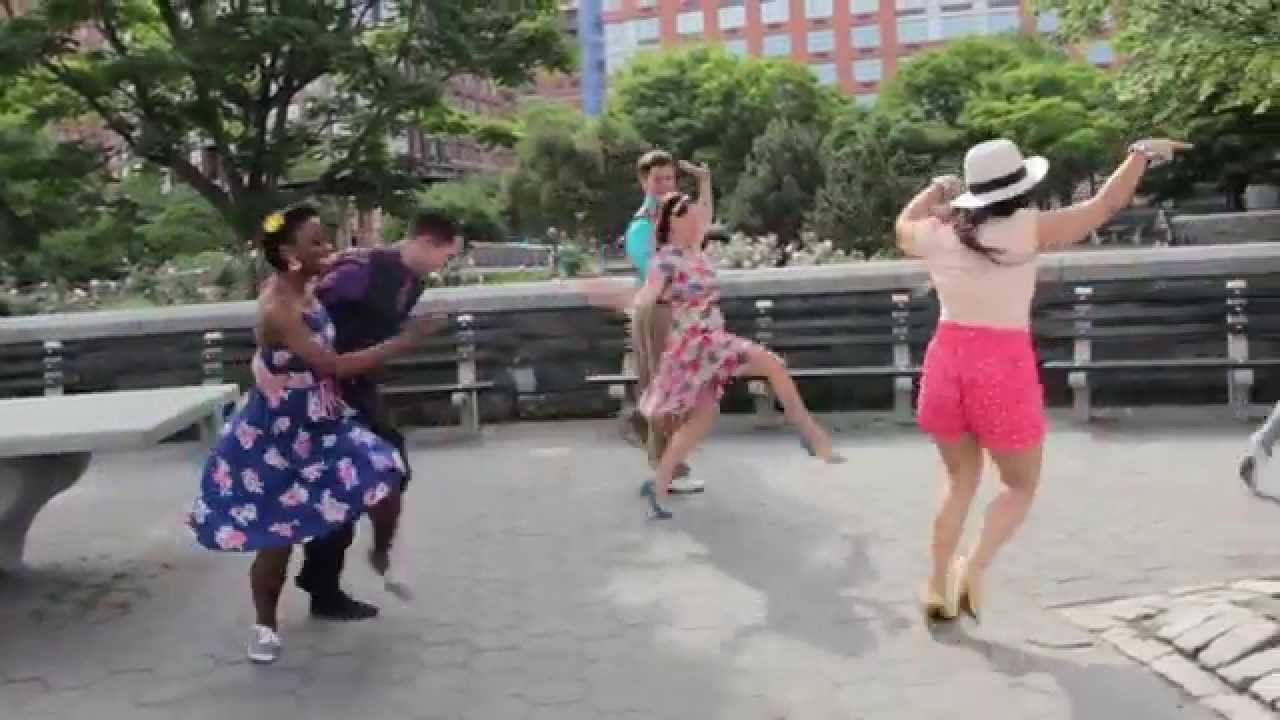 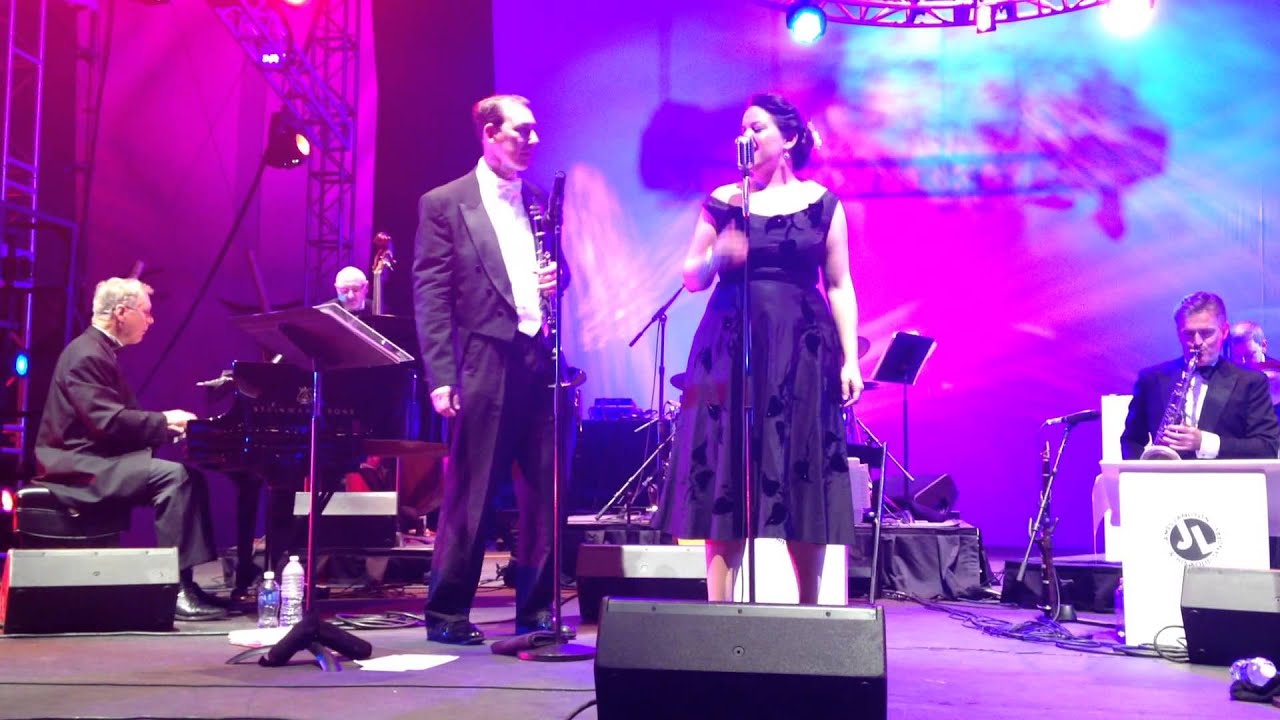 Say It With a Kiss
Molly Ryan

Manhattan's Premier Swing Songstress - featured in Vanity Fair as a "jazz millennial on the rise." With a focus on the American Songbook and popular music from the teens, 20s, 30s and 40s, Molly's swingin' jazz band can be sized for any event, public or private. From a romantic duo of piano & vocals to a large 12 piece big band, our musicians offer a combined experience of over 50 years in the field of musical performance.

Be the first to review Molly Ryan

"A Jazz Millennial On the Rise" - Vanity Fair and "A critic's favorite" - author and music writer for The Wall Street Journal, Will Friedwald, who goes on to say, "Molly swings the melody - as well as the words - without affectation of any kind. She brings a straight-ahead innocence and total believability to the music that refuses to admit that sixty or seventy years of distractions have ever happened. She sounds worldly wise beyond her years, wonderfully gentle and lyrical." Indeed, Molly's silvery voice and lush, elegant vocal style evoke the big band singers of the 1930s and breathe new life into familiar old standards.

Since moving to New York City from Roseville, CA in 2003, she has become one of the most sought-after vocalists on the New York jazz scene. She has performed at such prestigious Manhattan venues as the Café Carlyle, The Town Hall, Rainbow Room, Joe’s Pub, Birdland, Dizzy’s club Coca-Cola, Iridium, The New York Historical Society Museum and The Player's Club. She has performed alongside such prominent jazz artists as Randy Reinhart, Jon-Erik Kellso, Bria Skonberg, Dan Barrett, Mark Shane, Rossano Sportiello, as well as with the preeminent 1920s-style orchestra, Vince Giordano’s Nighthawks. She is a member of Gordon Au’s Grand Street Stompers. She is also the rhythm guitarist and vocalist with James Langton’s New York All-Star Big Band, which performed to a sold-out audience at Midsummer Night Swing and has performed monthly at the Rainbow Room. Molly also performs periodically with the gypsy jazz group Fête Manouche.

Molly has appeared at numerous jazz festivals and parties throughout the U.S. and abroad including Central Illinois Jazz Festival, North Carolina Jazz Festival, New York Hot Jazz Festival, Old Jazz Meeting “Zlota Tarka” in Ilawa, Poland, Winter Jazzfest in New York City, Jeff and Joel’s House Party, Hot Steamed Jazz Festival in Essex, CT, the Great Connecticut Traditional Jazz Festival, Orange County Classic Jazz Festival in Southern California, Sweet and Hot Music Festival in Los Angeles, and the Sacramento Jazz Jubilee, at which she has appeared both with her own group and with a band led by her friend and mentor, pianist Bob Ringwald. She has headlined in Paris at jazz clubs such as the famed Le Petit Journal and Autour de Midi, and has been featured as a guest vocalist with Andrej Hermlin's Swing Dance Orchestra throughout Germany in a monumental tribute to clarinet legend Benny Goodman.

Molly has created and performed a critically acclaimed tribute to Mae West and is drawn to double-entendre songs/lyrics. Molly's debut album, Dream a Little Dream, featuring Bob Ringwald, was released in 2002. Her second solo album, Songbird in the Moonlight, featuring Dan Levinson, Mark Shane, Kevin Dorn, and Jon-Erik Kellso, came out in 2008. Molly can also be heard on the albums Steppin' Around with Dan Levinson's Canary Cottage Dance Orchestra (Stomp Off Records, 2006), At the Codfish Ball with Dan Levinson's Swing Wing (Loup-garous Productions, 2009), and Four on the Floor with the Palomar Quartet (Loup-garous Productions, 2008). In 2013 she released Swing For Your Supper, featuring Bucky Pizzarelli and guest vocalists Banu Gibson and Maude Maggart. Molly’s 2015 release, entitled Let’s Fly Away, features piano legend Dick Hyman. Molly can be heard on the Grammy Award-winning HBO television series Boardwalk Empire.

We cover popular songs of the early 20th Century, jazz standards, the Great American Songbook, gypsy swing tunes and more. We can customize our set list to fit your needs and are always happy to learn new/favorite songs for your event.

Renee R. said “Alex Levin and his bass player transformed what would have been a quiet luncheon into an elegant…”

Savannah L. said “I have to say my experience with the Creswell club was the best among all my wedding vendors.…”

Roopa A. said “Wish I could give 10 stars!! This band is out of this world!!! They were definitely one of…”

Scarlett E. said “I could truly gush about Matthew's Jazz Band all day long! The guests were as happy with them…”