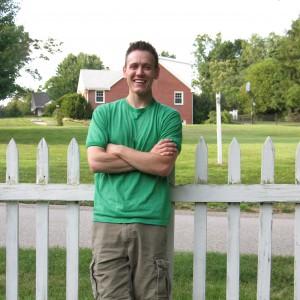 Professional Guitarist/Keyboardist/Soloist available for staff parties, graduation parties, family get togethers and more. Whether you are looking for some 'in the background' instrumental piano music or some 'lets get everybody moving' rock/pop music, I can help! Would love to do business with you. So please send me a message and lets figure out how to meet YOUR needs! Have a great day!

Be the first to review Mike Rodgers

I love to get a crowd excited and involved in the show - however it is appropriate to the audience. For example, if I'm playing at a nursing home for 20 residents, I certainly want to get them involved, but I don't want to play loud obnoxious rock music that will scare them. I may talk to some of them during the show. Get to know them. Draw them in. Make it a personal and lasting experience. Likewise if I'm playing a graduation party for 100 people and they want everyone to have a good time, I'm going to use the same approach. However, I will tweak the genre and time period of the songs I'm playing, and may even hope to plan something special for the student graduating and his/her parents such as a dedication song.

In 2002 Mike Rodgers bought his first guitar. Actually, his first experience with any musical instrument was on the piano when while he was younger, his mom enrolled him in lessons. And although his formal training in music has helped him make the transition to the six stringed lute, he is a self taught guitarist. "There are a lot of resources online that make it easy to learn guitar. It just takes a little dedication. I really wanted to learn so I did."
​
It wasn't long after this that his newly developed finger picking skills were being used among friends and in high school bands. "The better I got, the more I wanted to play and sing for people." And that he did. In 2008 he marked over 100 performances throughout the Erie, Pennsylvania area - his college hometown.
​
While dedicating most of his time in his studies and community service, his passion for playing and singing continued to grow, as well as a newborn passion for writing. "Music goes beyond reason and touches people at different moments in their lives. I can remember listening to one of my favorite bands growing up, the Goo Goo Dolls and how much their music meant to me. I began to fall in love with the idea of writing stories and communicating language through song."

﻿After much rearranging, writing, and re-writing, as well as many days in the recording studio, Mike released his first album on August 31, 2011. The album, Down For The Taking was a compilation of his writing style during his college years; articulate, honest, and personal. "So We Run" and "Things I've Never Understood" from the EP were featured in EveryNewDayPictures 2013 Film, Secrets In The Snow. He also won a talent show contest for his song "Hey Lover."
﻿
In the months following his new release Mike believed it was time to move from Pittsburgh to Nashville. So that's what he did. "There is so much about Nashville that makes it easy to be a musician and love what you do." Throughout his time there he's performed at many places including the world renowned Bluebird Cafe. He is a regular at the Commodore Grille inside the Holiday Inn near Vanderbilt University. "This is probably my favorite place to play in Nashville. Debi Champion does the booking and she is just amazing and always makes it a great night for everyone."
​
Mike is currently working on songs for a new album. "The greatest thing I've learned about songwriting since I've been in Nashville is that every song I write has to be about my own life. You can be creative and imaginative as a writer - putting yourself in other people's shoes while listening and proposing the most creative way to express and idea." He has also taken a liking to writing for other people in times of need - writing a song for 3 of the victims surviving the Aurora, CO Movie theatre shooting and for a girl in Oklahoma that was denied her High School Diploma for using the word "Hell" in her valedictorian speech.
​
Outside of his career as a musician, Mike enjoys success in other areas of his life. He is a graduate from the Gannon University School of Philosophy as well as a member of the Phi Sigma Tau Honors Society in Philosophy and the Psi Chi Honors Society in Psychology. He also has a passion for cooking and teaching others how to care for themselves. "Cooking is definitely an art and takes a lot of practice. As I still learn I want to empower people to better themselves and show them how cheap and easy it can be to live a good 'food lifestyle'
​
In his spare time Mike can be found enjoying the sights and sounds of Nashville. "There is so much fun and good things going on here - especially with music. And that is good, because its what I love the most!" He plans on releasing a new CD in the fall of 2013 as well as a music video for each of his songs.

Let me know what you need and we can go from there!

I have an extensive list of catalogues with songs ranging all the way back to the "Carolina in the morning" days. My most common genre of music is anything from 1995 to today as I perform regularly, music from Three Doors Down, Matchbox Twenty, and more!

I'm a sucker for the mid/late 90's. Bands like the Goo Goo Dolls, Third Eye Blind, Hanson, and Shawn Mullins are some of my favorites.