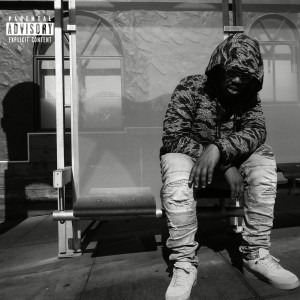 A hip hop artist with an impressive lyrical skill set, driving beats and a dynamic performance ethic. Great chemistry with DJs, even better with a live band. Sure to rock a show into oblivion!

Be the first to review MerkSVillain

Merk is an eclectic brand of San Francisco/Bay Area Hip Hop and no newbie to celebrity shoe-ins. He’s had his most influential moment in music happen when he was 16 when he was mentored by Jahi of The Light, who toured with the likes of Talib Kweli, Dead Prez and Coco Brovas. After working in multiple studios and attending San Francisco State University, he met Grammy Award Winning Producer Bobby Ozuna who would later become one of his most profound teachers.

Other teachers and mentors who helped mold the young artist are Johan Thomas & DaVinci of Thorobred Ent, Marty McFly & Akil of the Monopoli, TL Smith and Anthony Marshall of The Lyricist Lounge (MTV)/ Master of The Mix (BET).

It's no myth that hip Hop is alive and well in the hearts of SF Neighborhoods. The Alemany and Potrero Hill projects raised the young MC /producer and this is evident in his descriptive style of writing. Merk contorts the elements of heavy analog synthesizers, obscure samples, 808 bass thuds, sinister bass lines and warped drum breaks to form a unique brand of Lo-Fi hip hop.

Merk's musical Influences include his own uncle who was active in the late 80s, leading an underground soul group called Pure Ecstasy and in the 90s as head of GLIDE Memorial's critically acclaimed gospel choir. He is also influenced by the soulful sounds of Marvin Gaye, Curtis Mayfield, the cool jazziness of Miles Davis, John Coltrane and Charlie Mingus. Merk notes 9th Wonder and James "J Dilla" Yancy as 2 of his favorite beatsmiths.
Lyrically, Merk's style has a swing reminiscent to rappers such as Nas, Jay Electronica, Sean Price and Kanye West. The sound is new age, galactic rap.

Merk's debut EP "Fragments of Fiction" in 2011 was well-recieved among locals and his forthcoming untitled EP falls nothing short of brilliant. Also performing throughout the bay, Merk has opened shows for the likes of Erk The Jerk, Trackademiks of The Honor Roll and the legendary Bored Stiff crew. 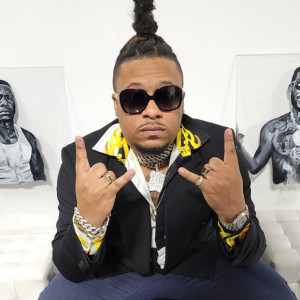 It said “Von definitely has star power. Everything you are looking for in a Artist he has it. Knowledgeable down to earth has sex appeal and talent👌🏾😝”