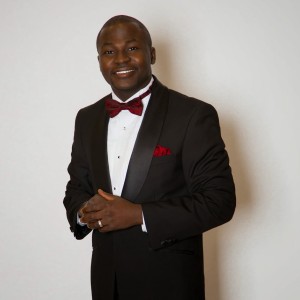 David Oke a.k.a MC Rhema is an international award winning Christian comedian and an excellent MC/Compere for your events. He is funny, spontaneous and clean.

Be the first to review MC Rhema

David Oke commonly called A.G.S or MC Rhema is a minister of the gospel called by God with the mandate “To empower the saints and to bring all men to the knowledge of Jesus Christ”. He is a minister, gospel artist, Psalmist, Producer, Comedian and Multi-Instrumentalist. David Oke grew up in a family that has a very strong spiritual foundation and faith in Jesus. He has so much passion for the things of God and He is unashamed about His love for God. At the age of 10, he started playing drums at His local church in Osogbo, Nigeria and at 13, he has been able to master five musical instruments. In 2006, by diving arrangement, God miraculously paved way for him to move to the United States of America to fulfill God’s mandate upon his life He recorded his debut album in 2010 and since then he has been performing all over the United States. His music career has gotten him several awards both in the United States of American and Nigeria. David Oke so far has recorded four albums, viz; Ipa (Might), Erujeje (Awesome God), The Faithful one (1&2), and Revival. David Oke is married to beautiful Ayobami and they are blessed with two wonderful children.