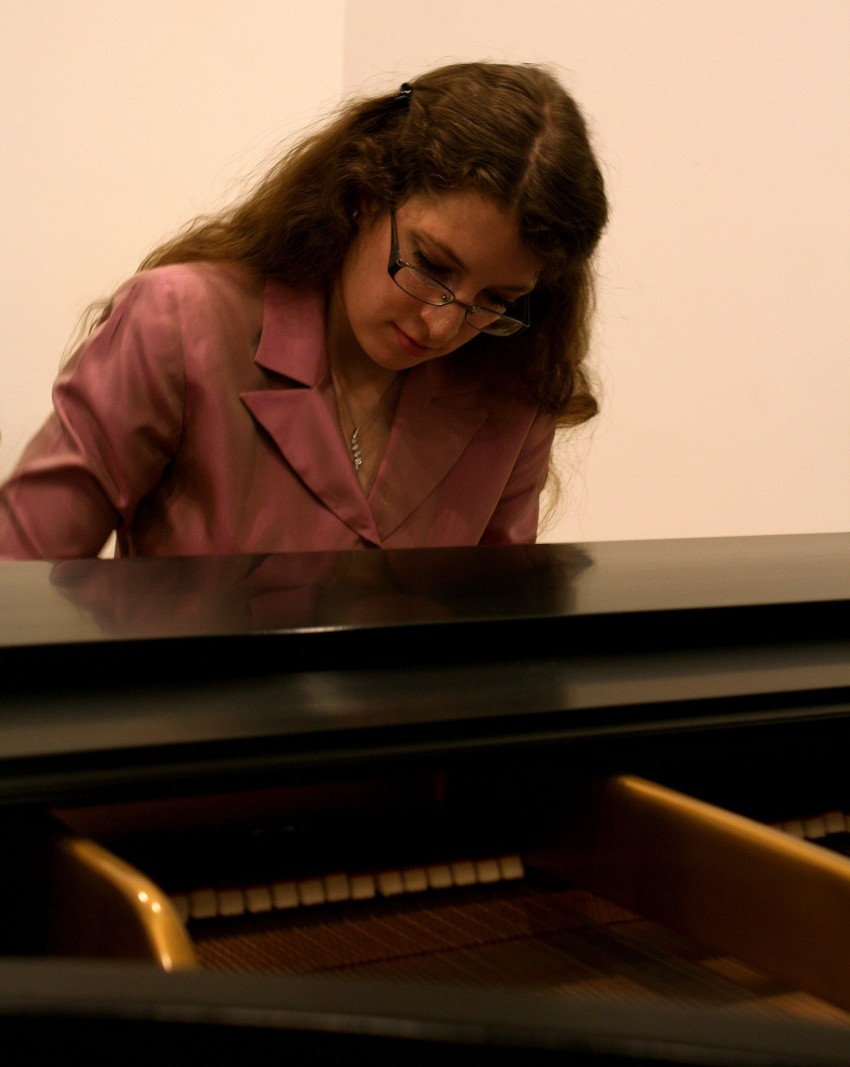 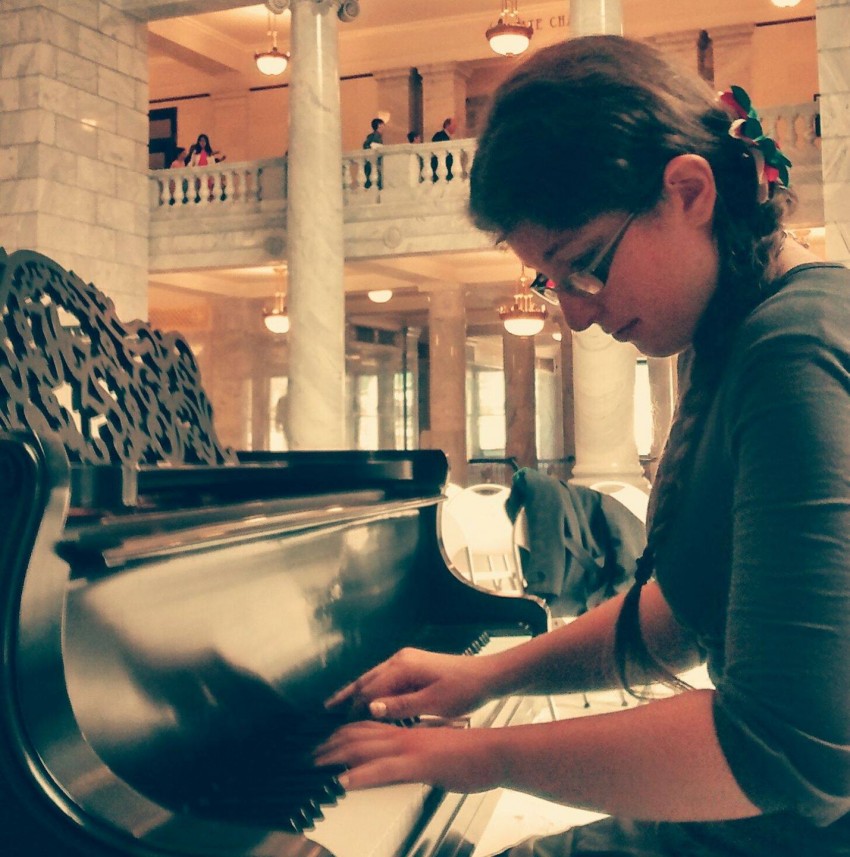 I have been playing the piano for 16 years. I have a Bachelor's degree in music, and have received accompanying scholarships for accompanying a wide variety of instrumentalists, vocalists and ensembles. One of those instrumentalists was Grammy award winning hornist Marian Hess. I have provided background music for the Conference Center and Joseph Smith Memorial Building. I have also played for wedding receptions and wedding ceremonies. I have performed solo with the American West Symphony and the Nachtmusick Chamber Orchestra.
My repertoire is a combination of Disney medleys, Classical, Broadway, and oldies love songs. I will provide the best atmosphere you could want for your wedding!

Be the first to review Mary's Musicland

-Punctual
-Quick to respond
-Professional
.Dependable
-Easy to work with

Mary Mecham received her Bachelors of Music in Keyboard Pedagogy from Weber State University in April 2017. She has received such honors in the piano program as “Most Improved” and the piano jury honor roll. She has received full tuition accompanying scholarships accompanying instrumentalists and vocalists in various recitals, master classes and competition auditions. In 2016 Mary was privileged to accompany Grammy Award winning hornist Marian Hess.

Mary has performed in the world renowned Ghione Theater in Rome, Italy and esteemed concert halls in France, Switzerland, Romania, Bulgaria and Slovenia. She has also performed with the Nachtmusik Chamber Orchestra of Orem in Mozart’s piano concerto no. 23 in A Major. In 2012 Mary performed the third movement of Grieg’s piano concerto with the American West Symphony under the direction of Joel Rosenberg. Other performing opportunities include playing in the conference center, and playing for the graduation convocation for Weber State’s BIS graduates.

Mary began teaching at 16. while under the internship of the Piano Prep Program at WSU, she taught both private and group classes from ages 6-17. Her students have received awards in the Piano Festival at WSU.

Mary has provided background music for the Conference Center and Joseph Smith Memorial Building, and has played for wedding receptions and wedding ceremonies. Every performance she has received only positive feedback from those in attendance.

Mary is a quick learner and great sight-reader. If there is a particular song you want played, just provide the music, and she will play it for you.

Love Songs
• The Way We Were
• All I Ever Need Is You
• Almost Paradise
• Theme from “Footloose”
• Always and Forever
• And I Love You So
• Close To You
• The Greatest Love Of All
• I Honestly Love You
• Isn’t She Lovely
• Love Story
• Nobody Loves Me Like You Do
• On The Wings of Love
• One In A Million You
• Somewhere, My Love
• Suddenly
• Tonight I Celebrate My Love
• Up Where We Belong
• We’ve Only Just Begun
• With You I’m Born Again
• You and I
• You Are So Beautiful
• You Light Up My Life
• You’re The Inspiration
Classical
• Chopin Nocturne Op. 9 No.2
• Pachelbel Canon in D
• Jesu Joy of Man’s Desiring – Bach
• Air on a G String – Bach
• Prelude in C Major – Bach
• Fur Elise – Beethoven
• Lullaby – Brahms
• Preludes op. 28 nos. 4,6,7,20 – Chopin
• The Girl with the Flaxen Hair – Debussy
• Reverie – Debussy
• Panis Angelicus – Franck
• Ave Maria, based on Prelude in C Major by Bach – Gounod
• Morning – Grieg
• Ombra Mai Fu – Handel
• Meditation – Massenet
• O Mio Babbino Caro – Puccini
• The Swan – Saint-Saens
• Gymnopedie no. 1 – Satie
• Ave Maria – Schubert
Disney Medleys
• Somewhere Out There
• A Whole New World
• Can You Feel the Love Tonight
• When You Wish Upon a Star
• Beauty and the Beast
Familiar Songs
• Send in the Clowns
• The Greatest Love of All
• Unchained Melody
• Theme from Ice Castles/Impossible Dream medley
• You Needed Me/Dreaming medley