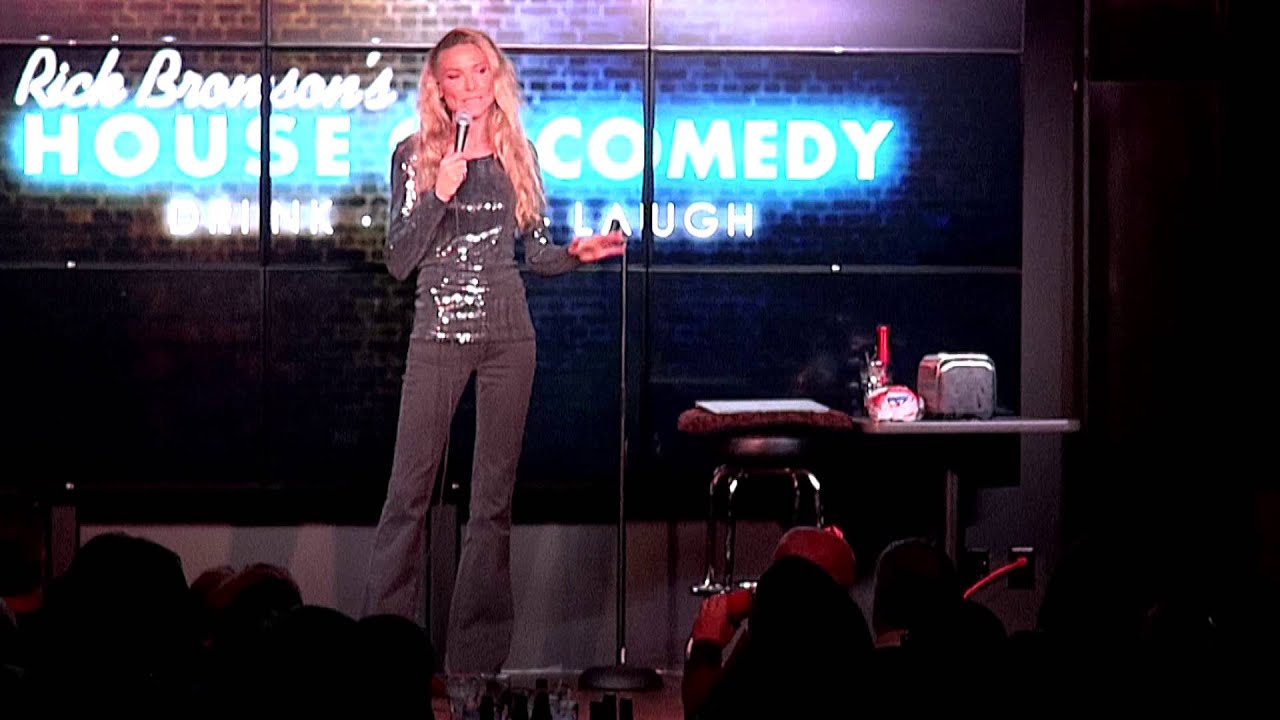 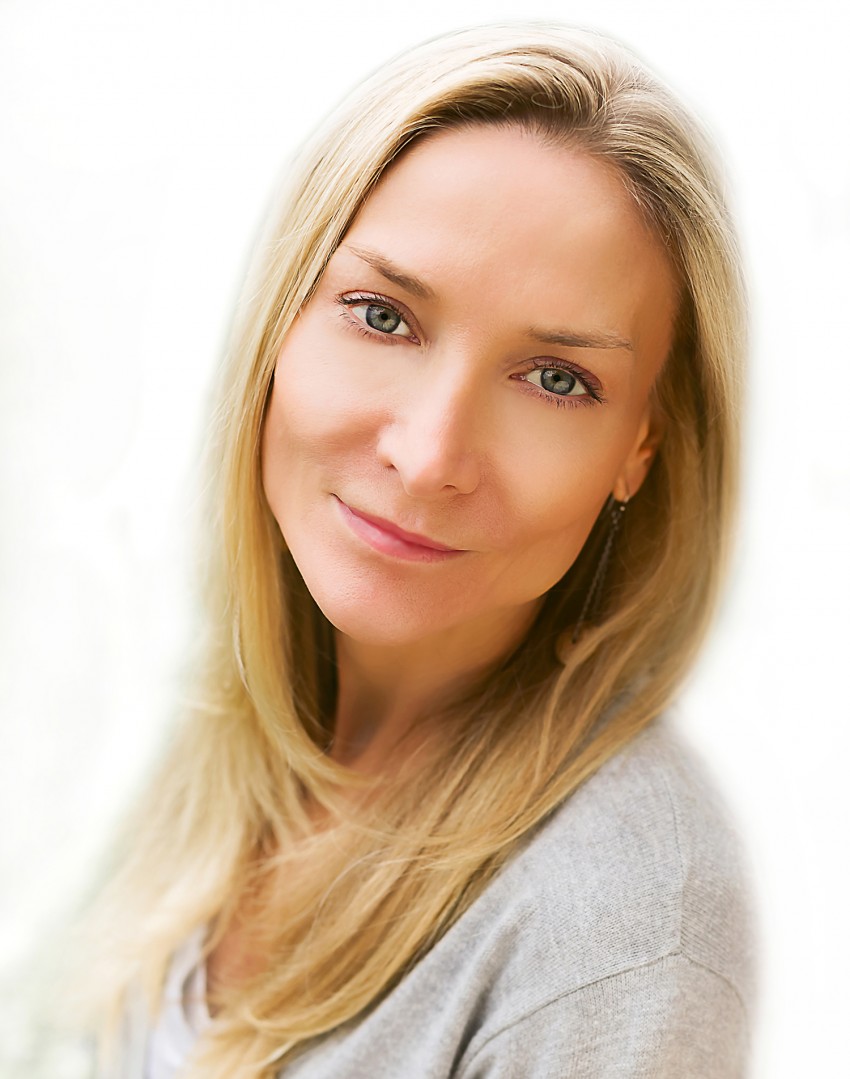 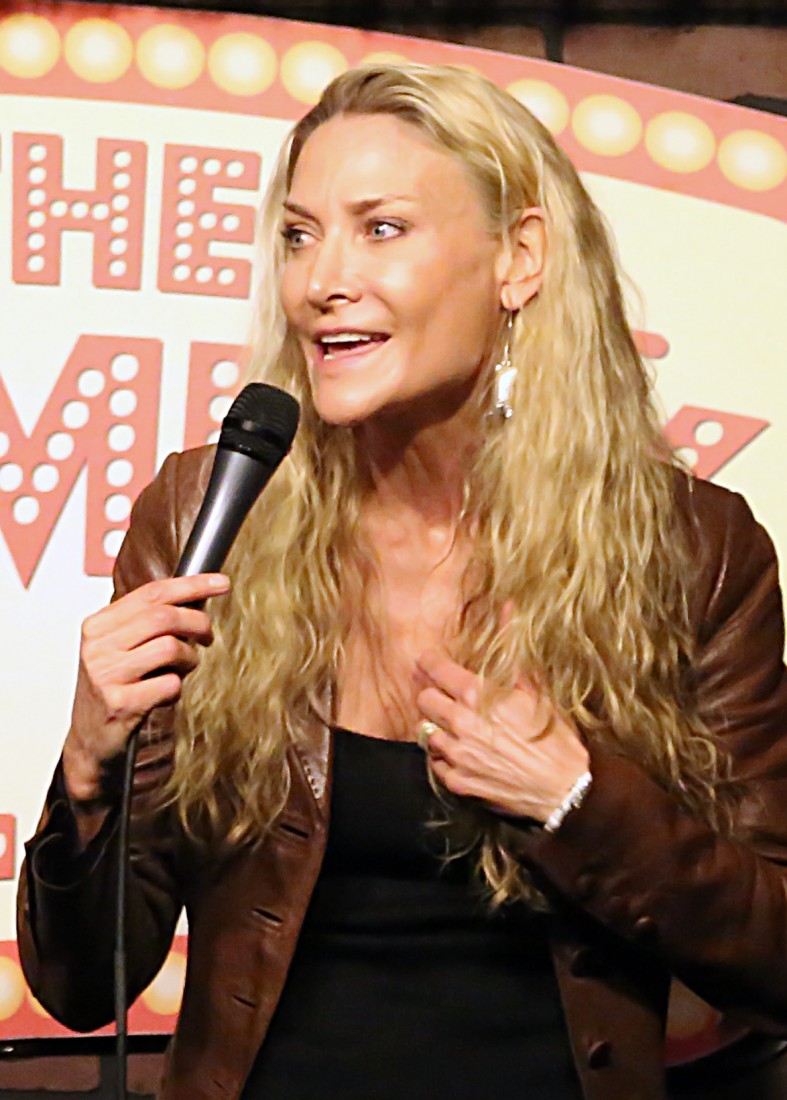 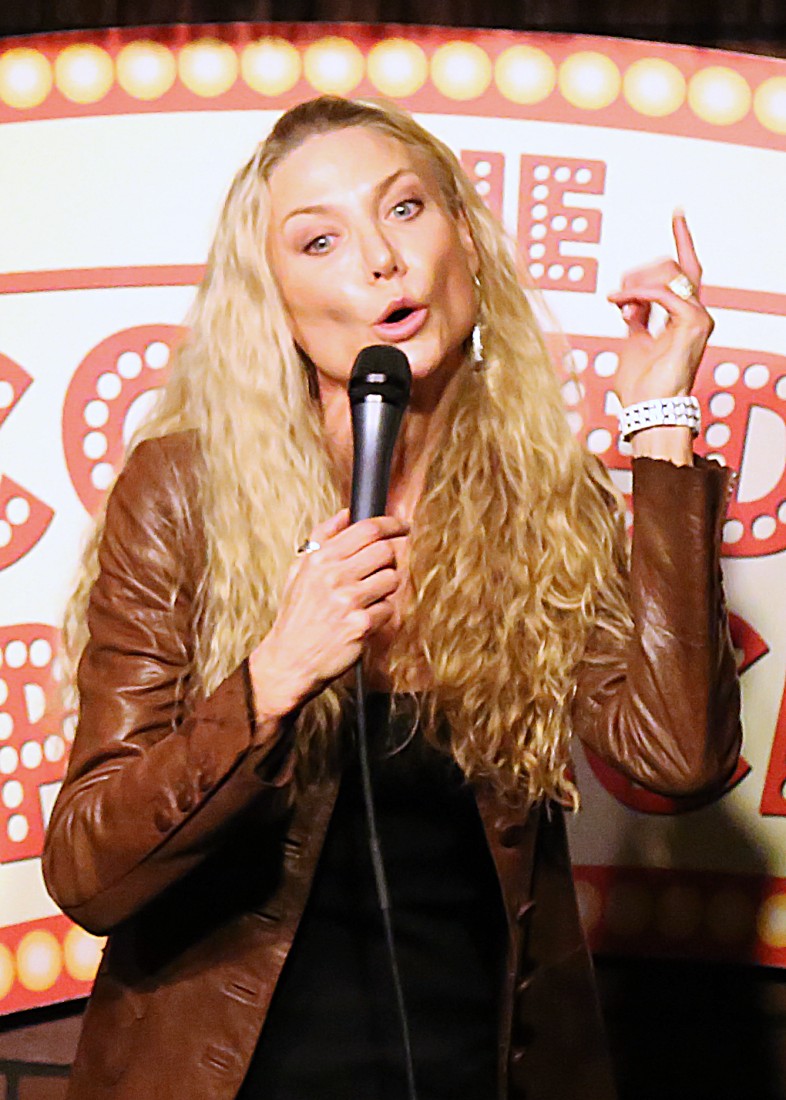 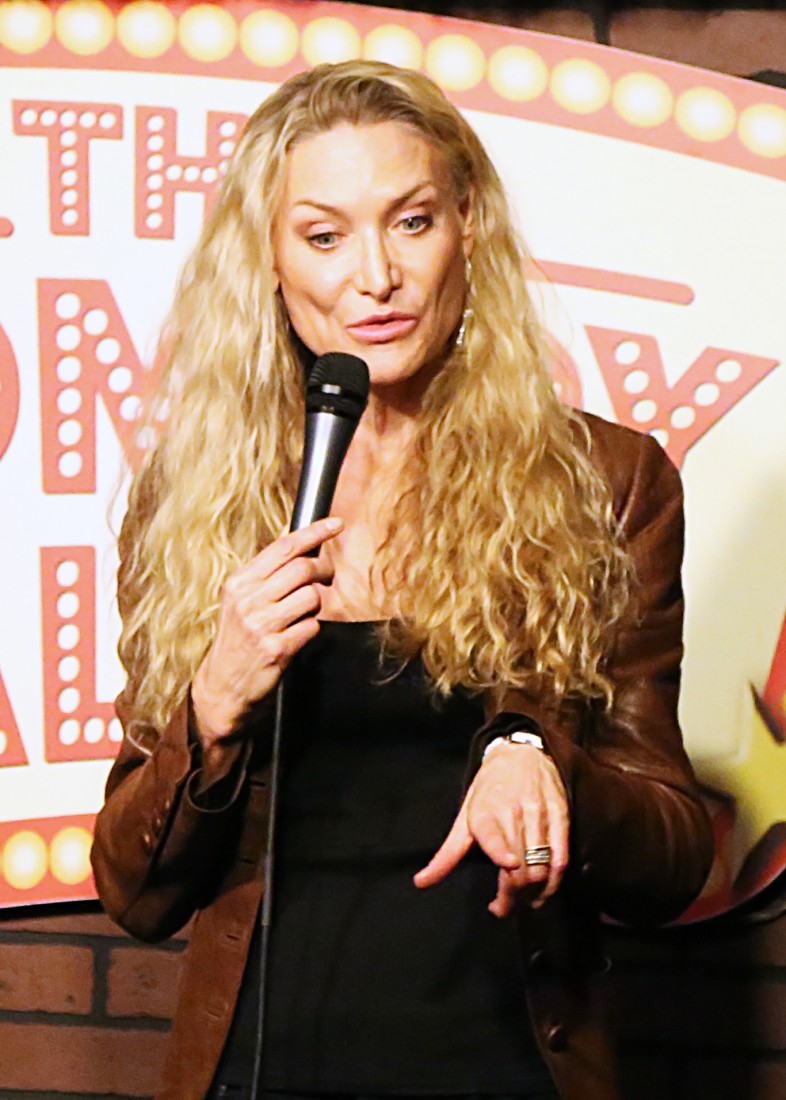 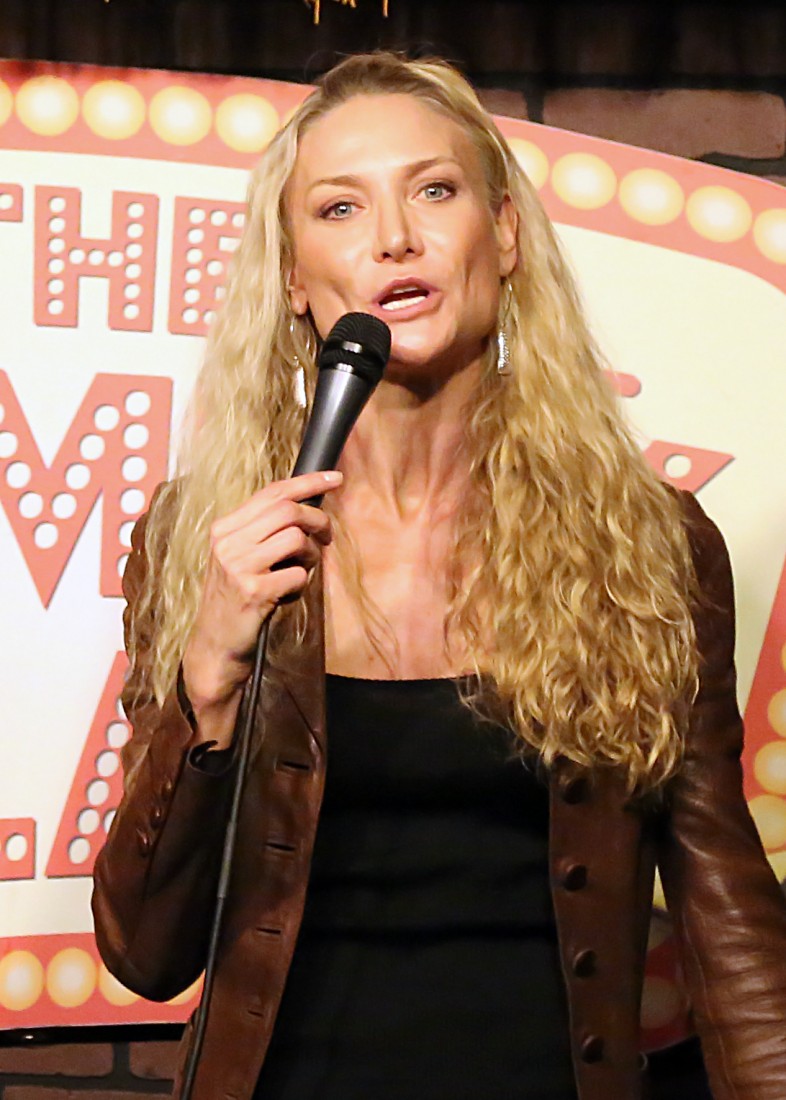 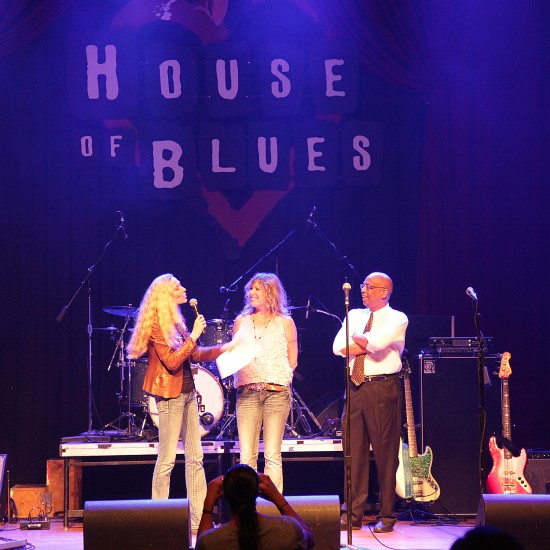 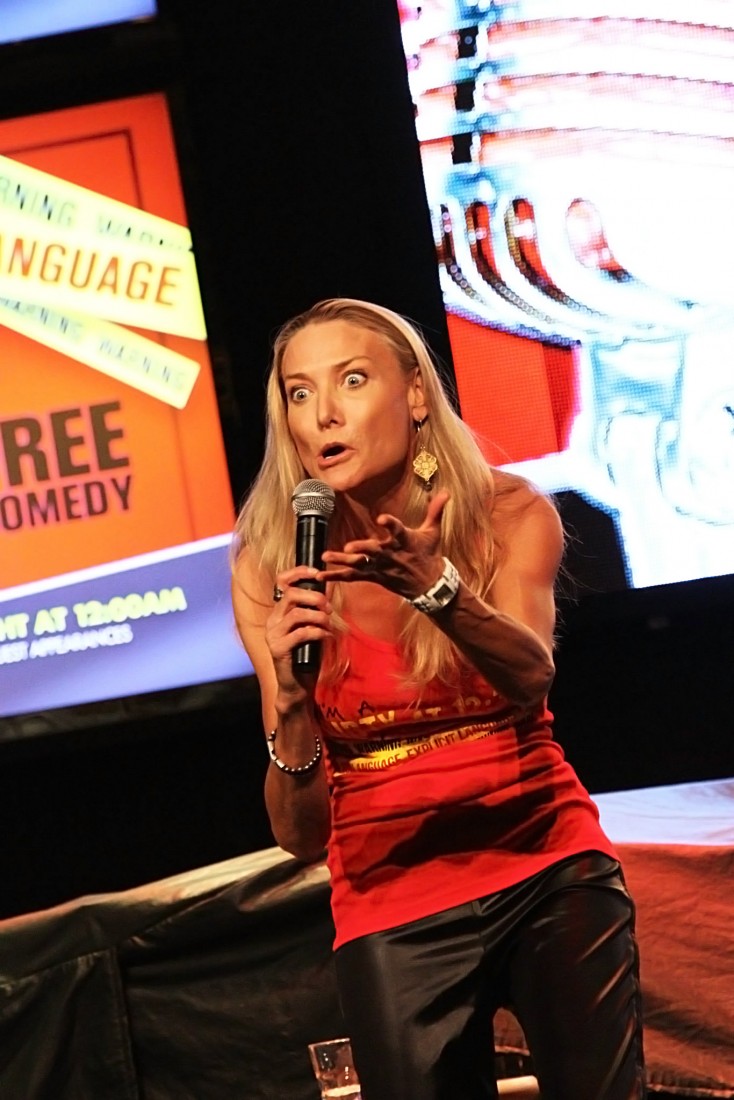 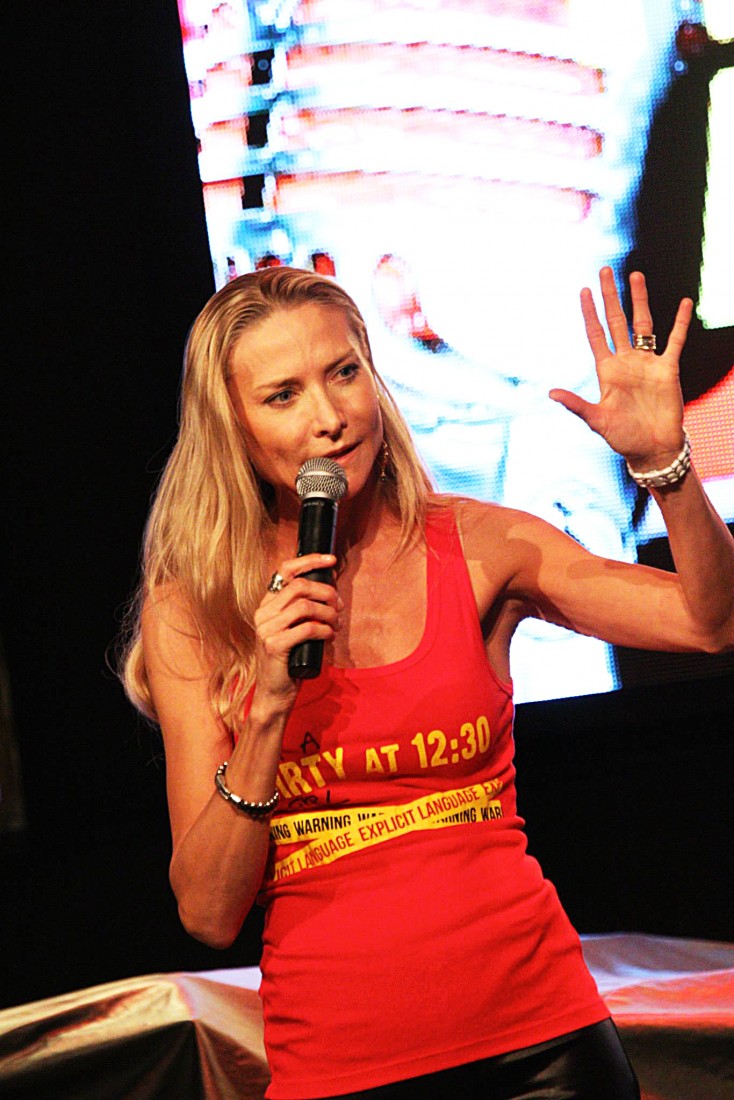 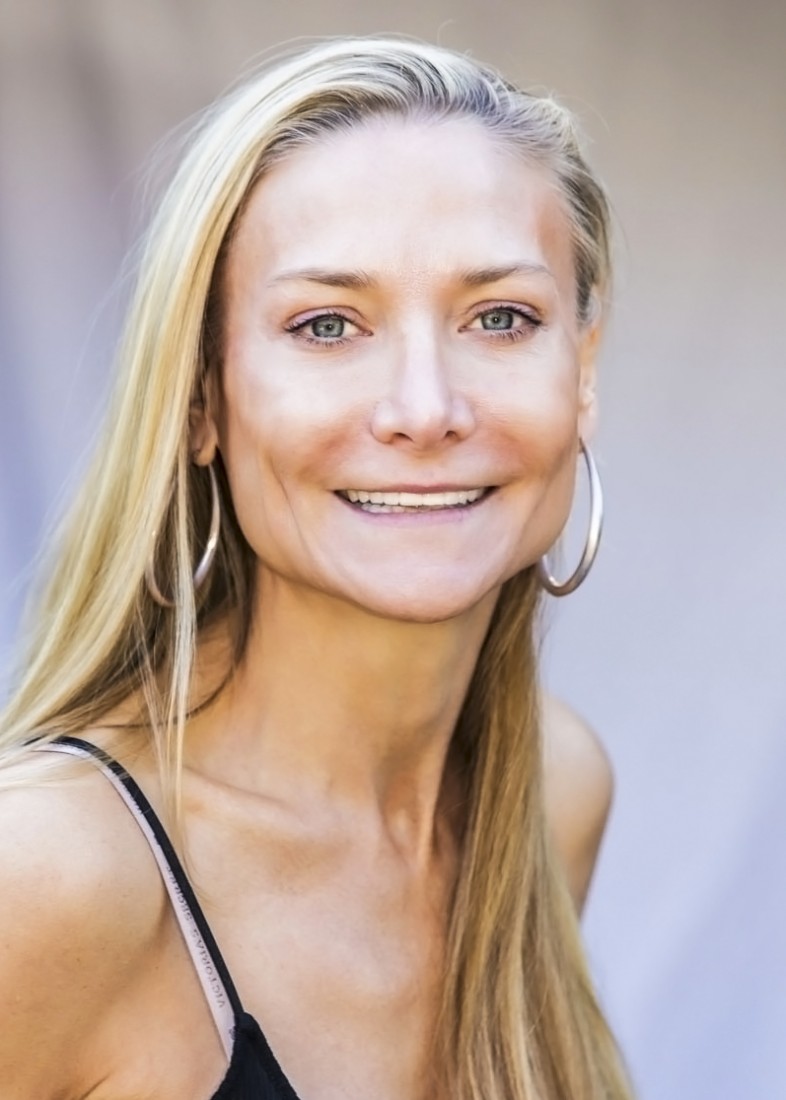 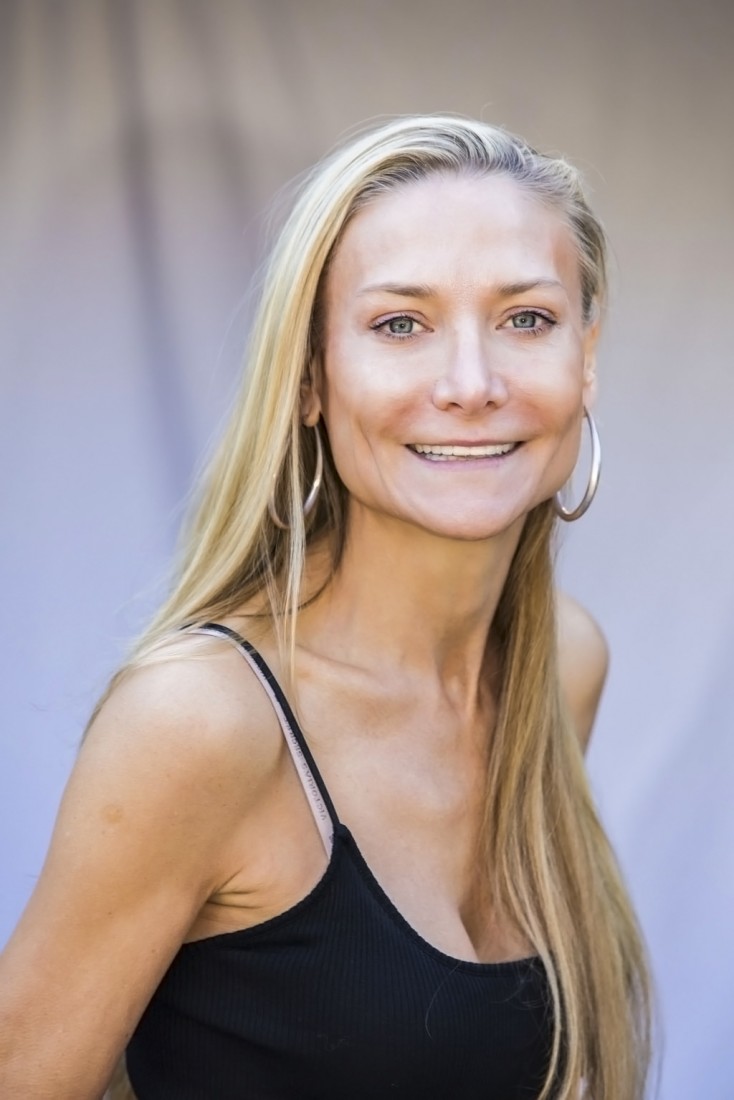 Australian. Funny. Professional. Comedian. Emcee with more than 20 years experience. Hire me for your corporate event party or fundraiser as emcee or stand up comedian. I can be hired solo, or with my a band of experienced comedians and/or auctioneers to suit your event. I have been hired to do just about everything from inspirational speaker to marriage officiant to rock concert host to book narrator and actress. My stand up material covers observational humor to stories about my Australian childhood, and my Dutch immigrant family. I can customize my services to suit your needs whether corporate fundraiser or practically any other event, and I always make sure clients are happy :)

I hired Maria to play a spokesperson role in a corporate product video. She was on time, well prepared and was a joy to work with. I would definitely recommend her talents and look forward to working with her again someday. Twas a pleasure. Oh and she is REALLY funny. That is all. Thank you, Maria!

Thank you for the review Rodrigo! I hope I get to work with you again soon :)

Maria was great to work with. She was professional and prepared. I recommend her services.

Thank you Jamar. I look forward to working with you again :)

Maria is Professional, Creative, & a Joy to work with!

Maria was hired to narrate my Children's Book. She has a very pleasing voice, and that's why I picked her out of the many on Gig Salad. I had no idea how creative and committed she would be. She created voices for all the characters in the book, and they are charming. Our communications were always easy, and she would get back to me promptly if I called or emailed her.
I would recommend Maria Herman for any event. She is a gem!

Thank you so much for the wonderful review! I had a blast working with you and the sound engineer at Pixel Studios in La Mesa. Great experience and very professional all around :)

Maria is a huge part of my sketch comedy radio show where she can do any accent I can possibly think of - I try to stump her too. She has several different English accents (did you know that people from West London and East London talk differently? I know that now when I asked Maria to do an English accent and she gave me a dozen different regional choices)... but it's not just English, she can also easily do Russian, German, Indian, Irish, Spanish, French, Jamaican, Chinese, a teenager and countless others. The crazy thing is that it's not just accents that she does, as there are a lot of skits were she voices animals and inanimate objects, and it sounds like you would think it would. Her goldfish and cow and my favorites. I cannot stress enough how great Maria is at voicing various and numerous characters.

You just keep 'stumping' me Rick. I love working with you, and putting a personality on the characters you dream up :)

Best Officiant Ever? You Bet!

After knowing Maria for some time now and knowing how not only charismatic, but hilarious she is, my guy and I knew we had to have her as our officiant at our wedding. Maria accepted and boy did we make the right choice!

Everyone in attendance raved about how great she was- hysterical and classy without taking the spotlight off of us. She livened up our wedding and made it so much more memorable than it would've been without her. We were able to tell Maria exactly what we were looking for and not only was did she deliver, but she was incredibly easy to communicate with and very professional. How many weddings have had officiants that you can remember for good reasons, not bad (I went to one where the minister didn't pronounce the bride OR the groom's names right.. UGH!)? Maria kept our guests engaged (and changed us from engaged to married! HEYO!... hm.. yeah.. let Maria write the jokes) and set the mood for a great party. Our wedding wouldn't have been the same without her and we will be forever grateful!

I booked Maria as the opening act at the National Comedy Theater for Kids In The Hall Kevin McDonald. She was hilarious and worked completely clean which was a pleasant change from most comedians I've seen. I would book Maria in a hear beat!!!

Maria Herman was such a blessing for a charity event that I planned in July. She is hilarious and very talented, very personable and kind, and really passionate about what she does and the causes she works with. Not only did she do comedy for my event, but also was an excellent emcee and helped publicize the event in any way she could. She was great support and encouragement, and very dedicated and committed. I highly recommend her services to anyone! She is awesome!

Thank you for the recommendation Maya! Working with your group was a pleasure and a lot of fun. And the venue in Balboa Park was a great choice. I look forward to working with you again soon.

When you hire me, you get talent, professionalism and one crazy organised person who aims to please :-) Just let me know how I can custom create a performance just for your needs. I can be funny, quirky, and light hearted, or heartfelt and serious. It's up to you.

I have more than 20 years emcee experience, and more than 10 years’ experience as an on-air personality in the broadcasting, as a radio-actor, radio and television journalist, announcer, and voice-over specialist.

Maria is an upbeat Australian living in America, whose ‘up here vs down there’ observations give her global comedic appeal. Mix in growing up with in a shack with a kangaroo, and then marrying a ‘Jew with a Jet’ and you’ve got all the fodder for funny. Point Loma Life Magazine’s 5 page cover article called her animated style ‘fun to watch and simply hilarious’.

Maria has performed for the Troops in Afghanistan and her TV appearances include KUSI’s Good Morning San Diego, UTTV’s Comic Strip. International Festivals include Edinburgh Fringe, Amsterdam Fringe and Perth Fringe in Australia. Maria is the first Aussie female to perform in India at Mumbai’s Laugh Factory; the only comic to have graced the main stage at the world renowned EAA-Air Venture in Wisconsin; and the first comic to perform at National Comedy Theatre’s San Diego venue when she opened for ‘Kids in the Hall’s’ Kevin McDonald.

Maria is also an award winning Radio & TV journalist, news reader; and voice over specialist, whose ‘goldfish’ character is a favorite on San Diego’s sketch comedy radio show ‘Keeping it Weird’. And with more than 20 years of MC experience at fundraisers, comedy shows, music fests and state fairs, and 10 years in full time morning radio, she’s not only professional, but on the spot funny, every time.

I can perform stand up comedy for 15 to 60 minutes. Emcee times vary greatly from 1 - 5 hours and longer. If necessary I can provide my own audio. :-)

My set list is very diverse.
I talk about my husband, my parents, my son and my extended family in general.
I talk about things I observe in human behaviour and current events.

I grew up watching Monty Python and Dr Who. And I love reading Deepak Chopra and Dalai Lama books ... well you HAVE to read th Dalai Lama ... can anyone understand him to listen to?? I love Eddie Izzard because he lifts the level of comedy to a higher plane of thinking and I try to do that with my comedy too.

Staging area and spotlight. Sound is great, but I can bring my own.