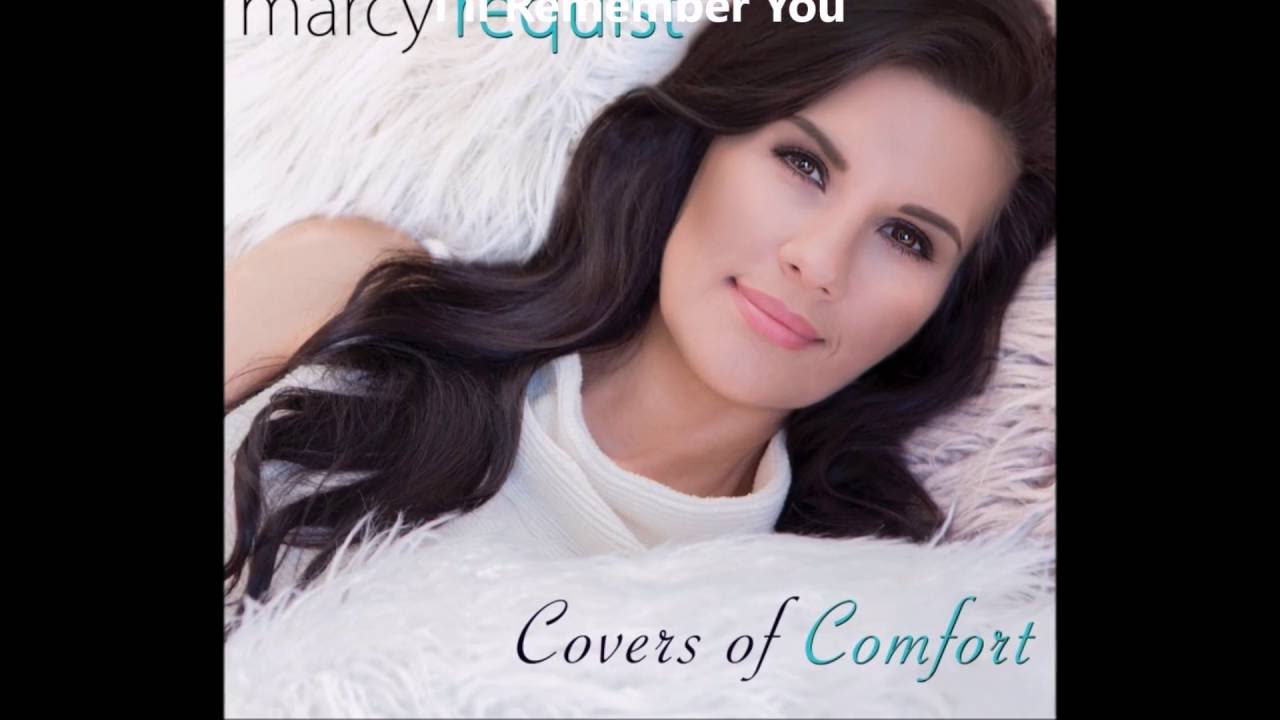 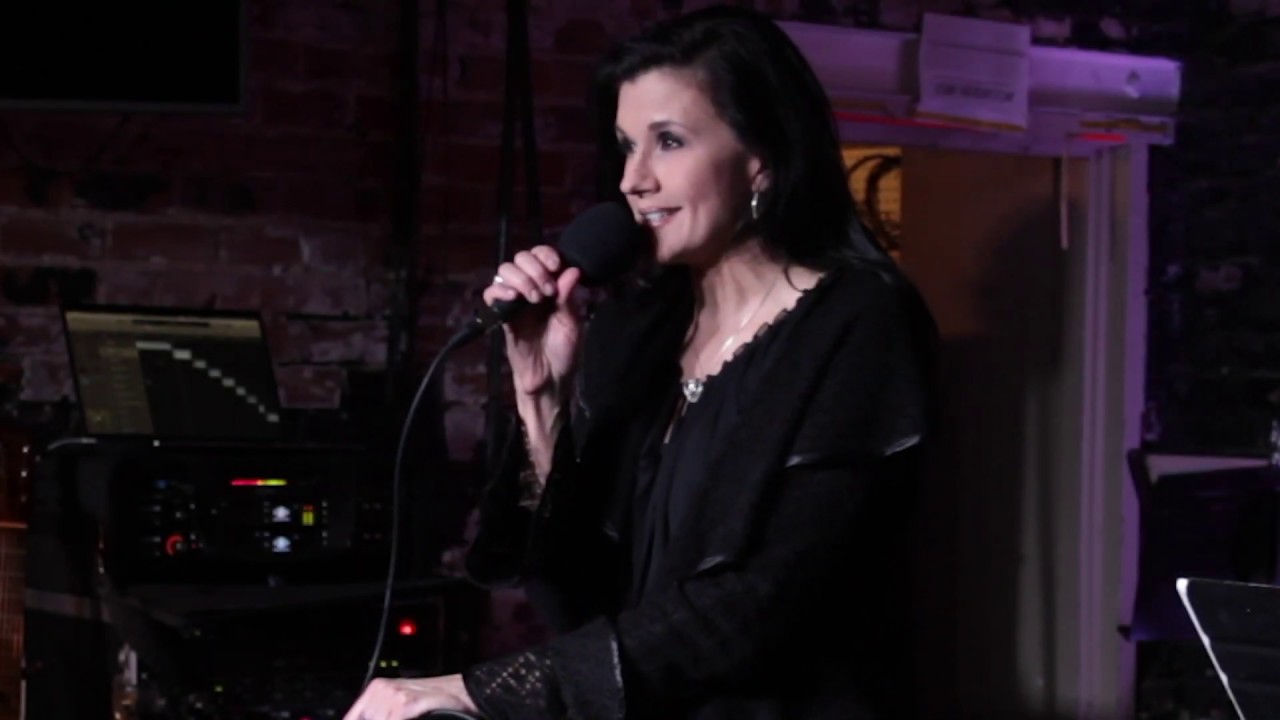 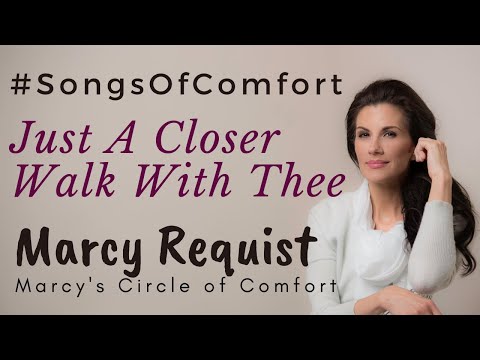 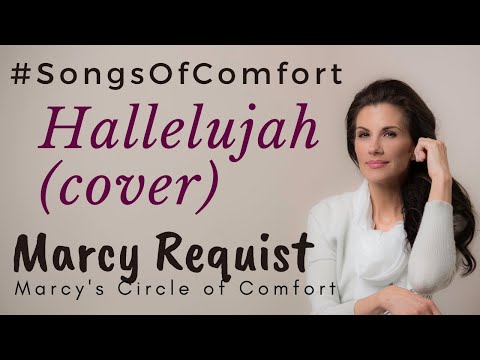 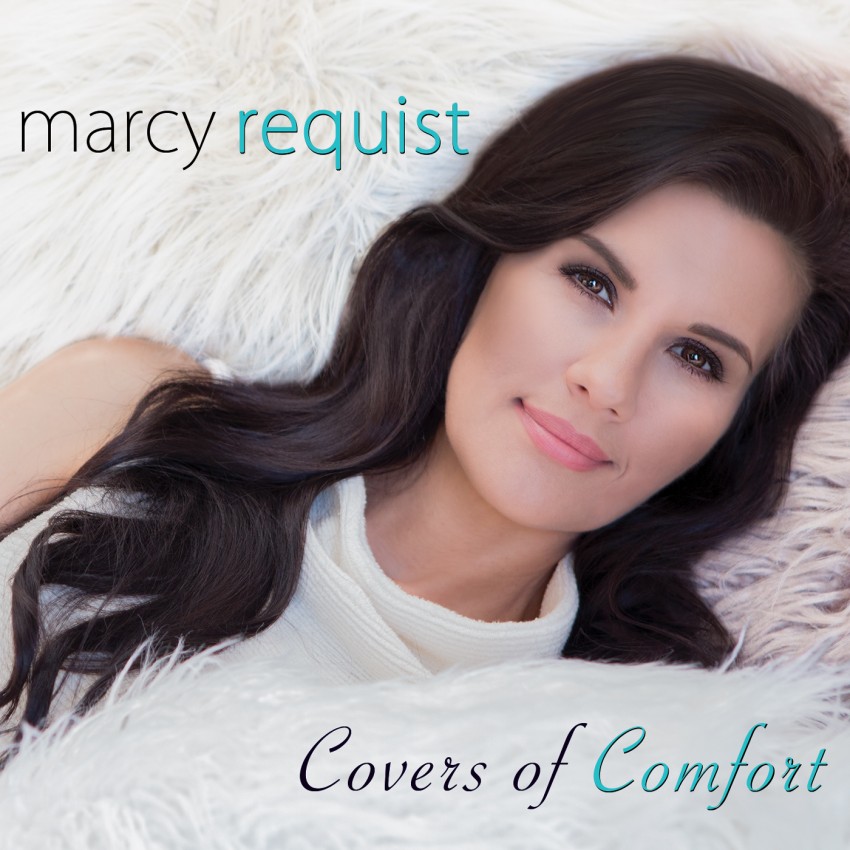 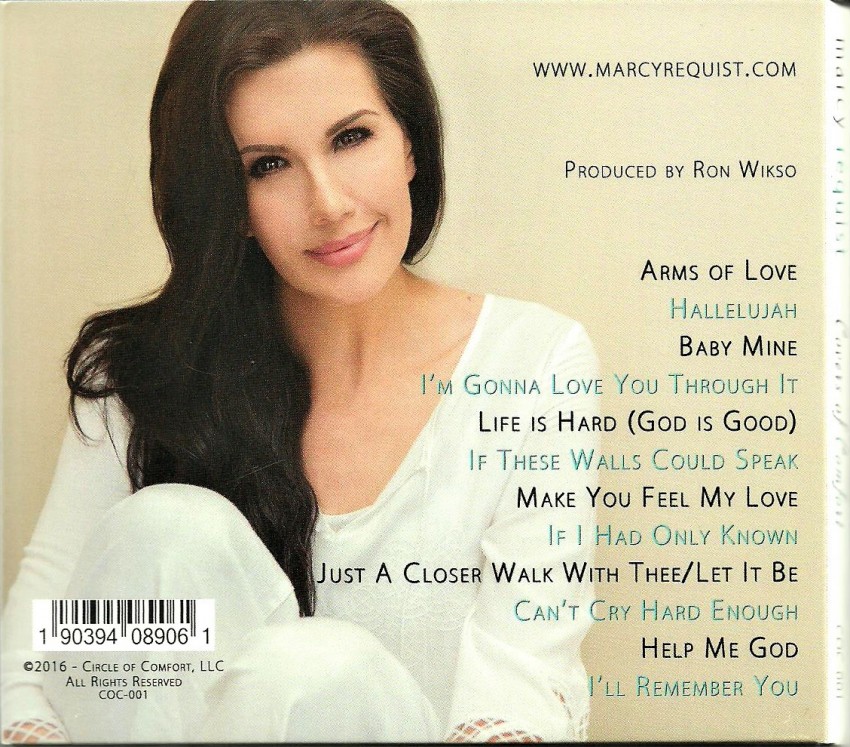 Back Cover of CD with Songs 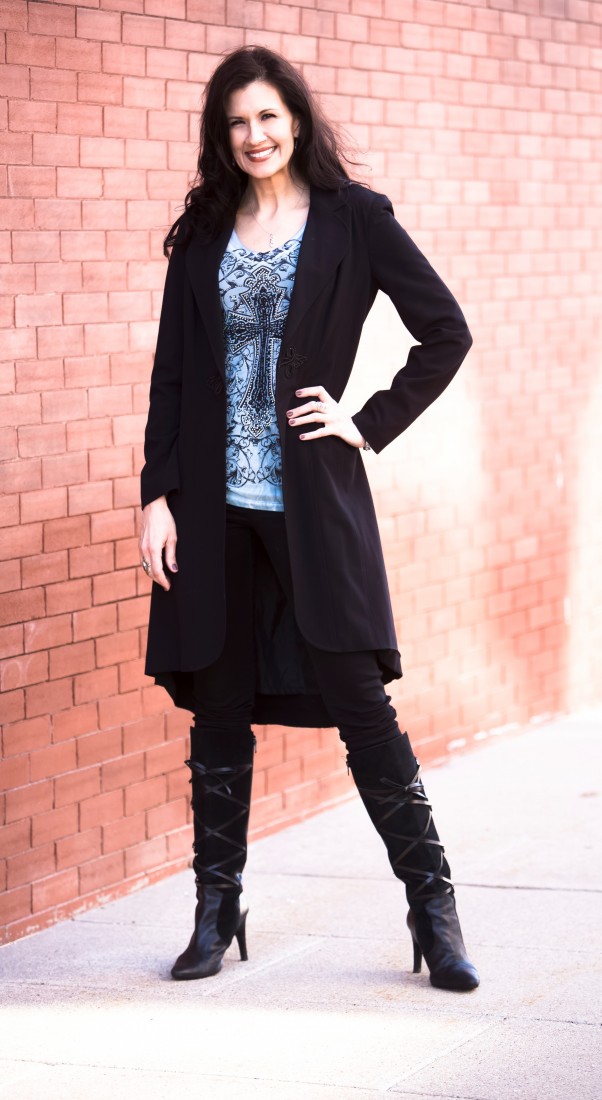 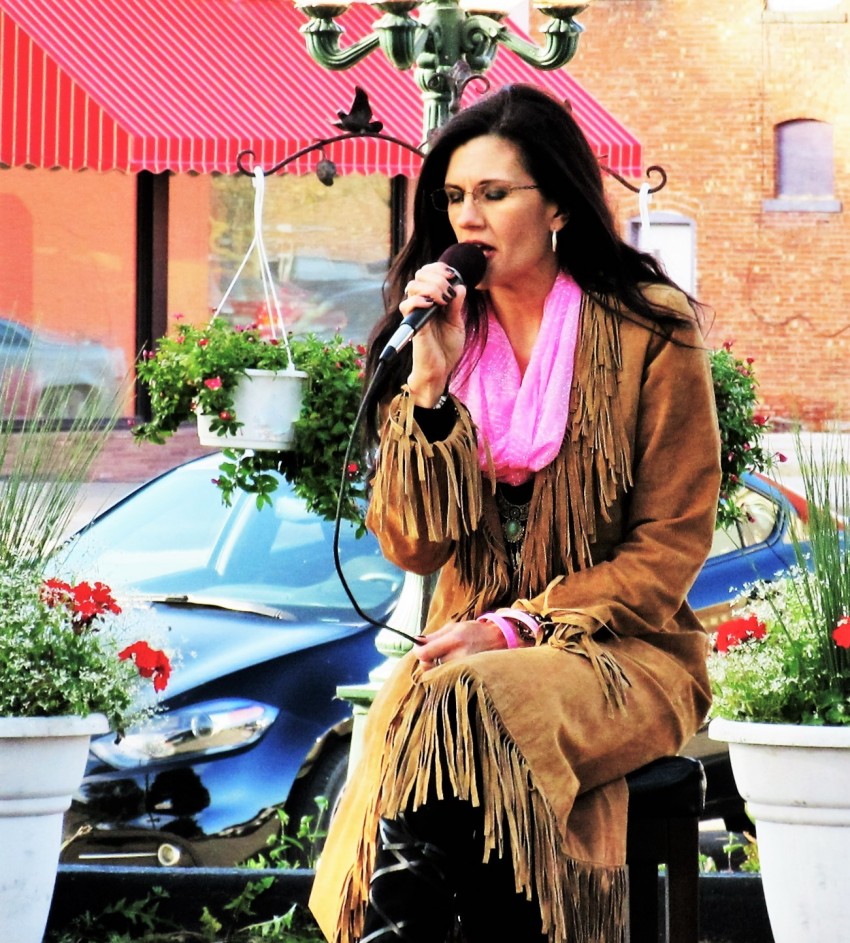 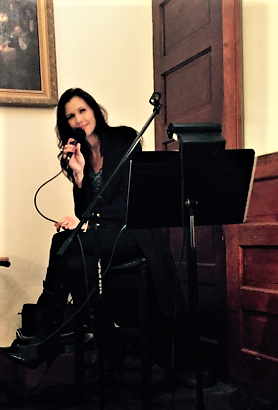 Marcy singing in a restaurant. 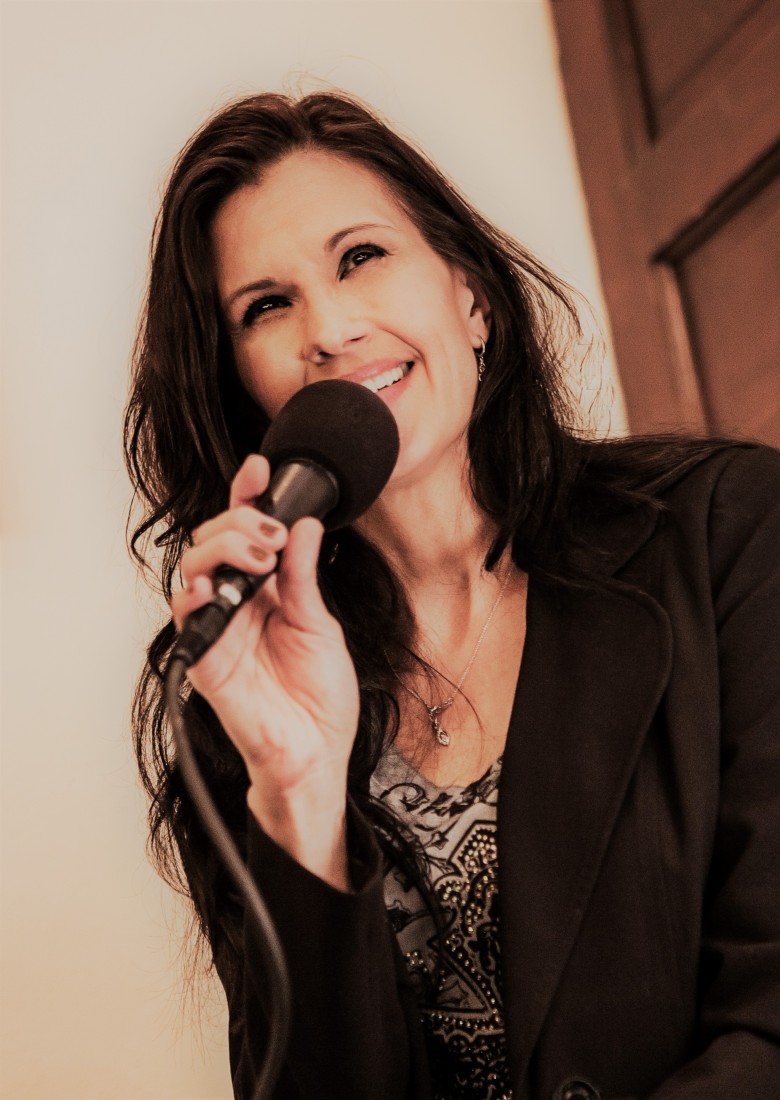 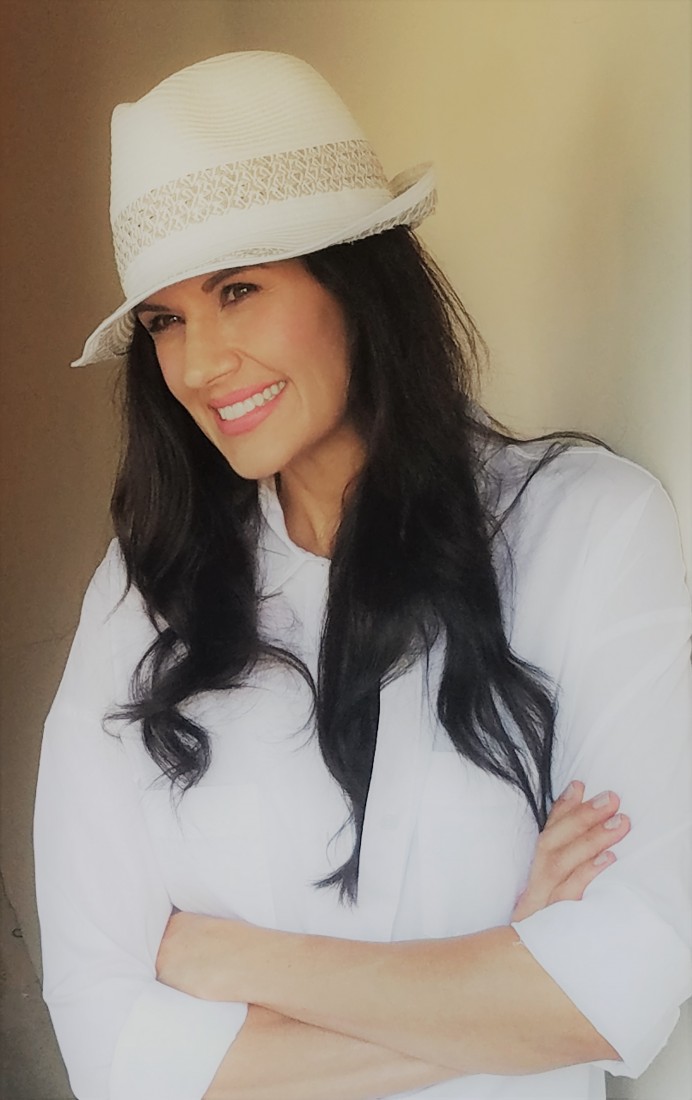 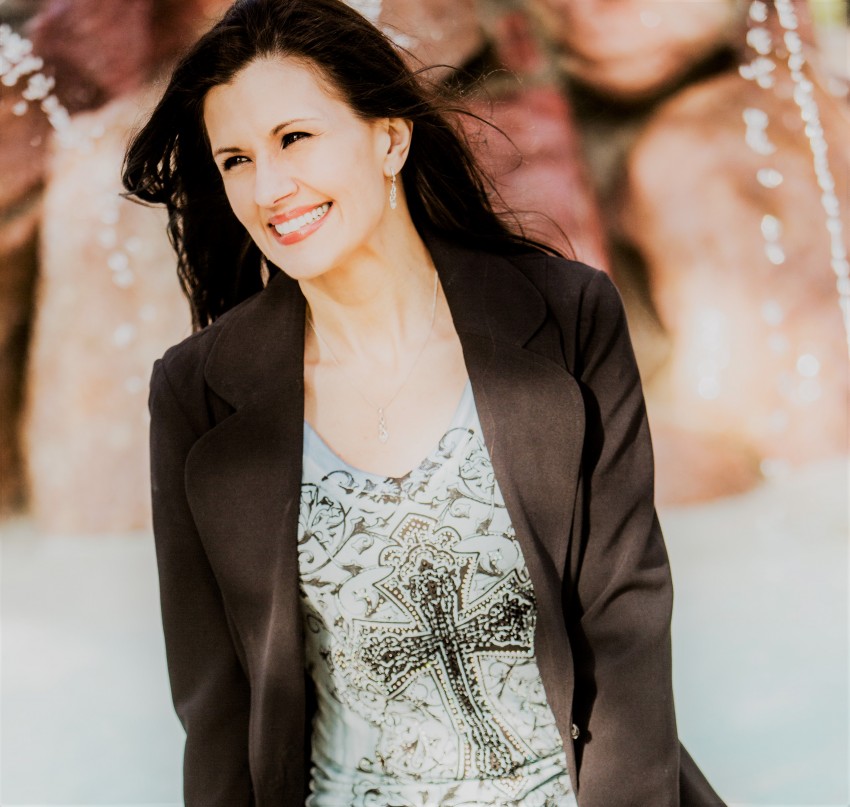 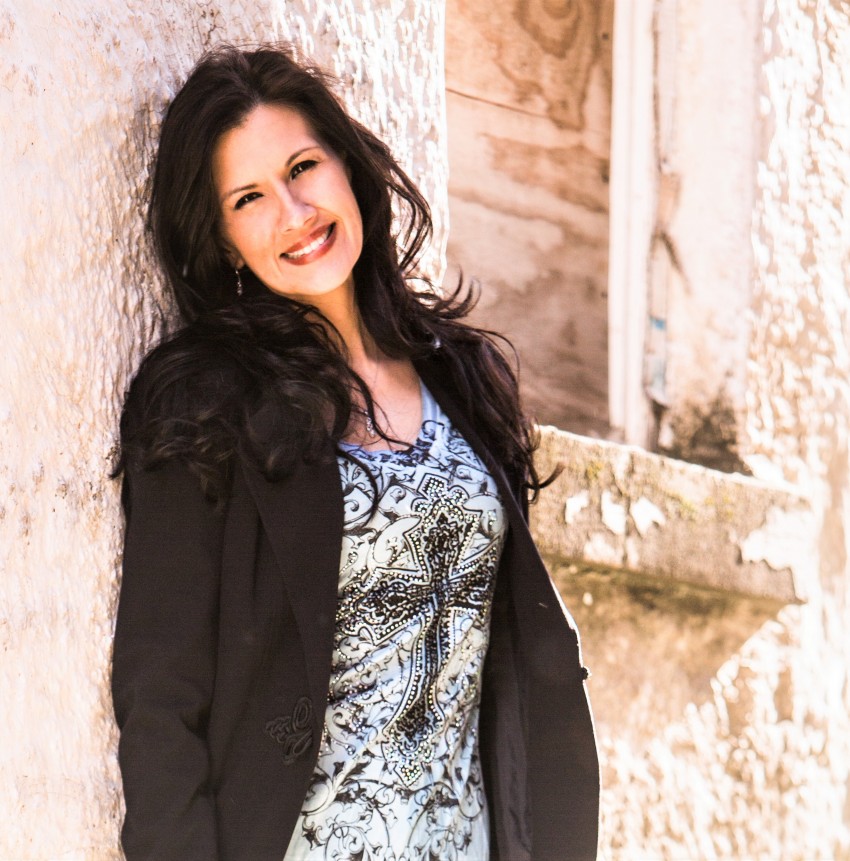 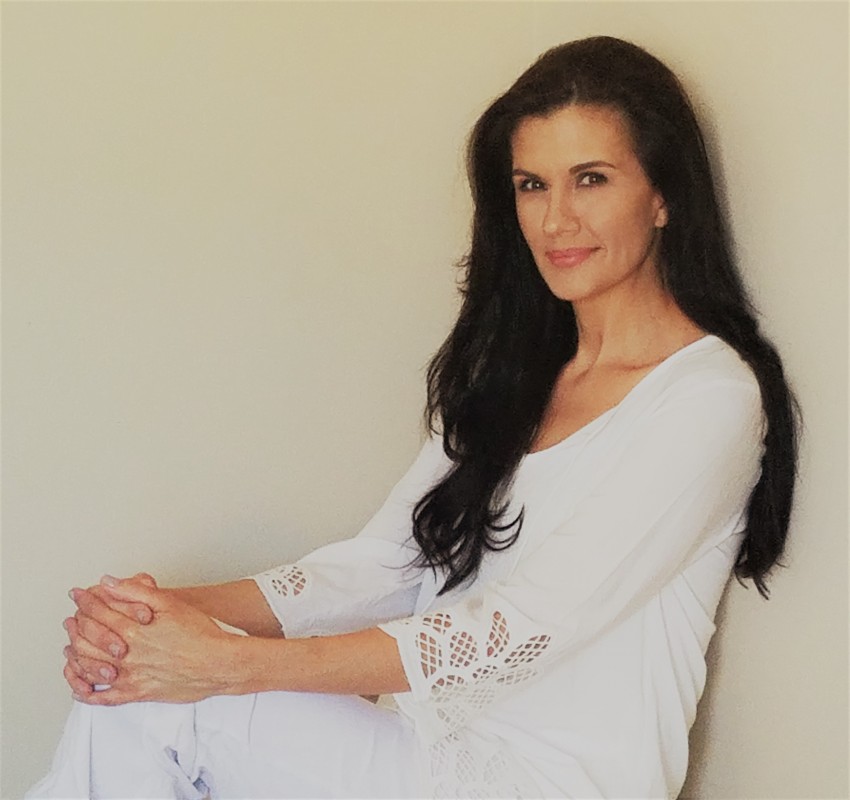 Through healing music and stories, Marcy creates a Christ-centered "Getaway of Grace" that gently touches every heart in the room.

Your attendees are encouraged to "Dress to DE-stress, Not IM-press". All are warmly welcomed to a place of compassion where Marcy invites everyone to join her in a "Circle of Comfort".

Marcy believes "Everyone Has a Story, and Every Story Has a Storm".

Audience members will learn techniques for weathering those storms. Marcy also offers suggestions for recharging the batteries of abandoned dreams, plus how to get past the "life-stuff" that drained them.

Guests will walk away feeling renewed, relaxed, and ready to "Give God the reins, and let go of them too."

Be the first to review Marcy Requist

Marcy sings and speaks from an understanding heart filled with compassion for everyone!

Whether you need an "Evening (or Afternoon) of Comfort" for your church, community, or corporate event. Or, if you are looking for a soloist to perform during another occasion; Marcy has a program to meet your needs.

Marcy's "Evening of Comfort" really begins in your guest's closets.

Prior to the event, all attendees are encouraged to:
"Dress to DE-stress - Not IM-press"

This is a "safe place" of comfort where:
"Comfy Clothes are Recommended - Fuzzy Slippers Optional"

During the Marcy's "Evening of Comfort" programs, your guests are warmly welcomed with a simple breathing exercise to relax. Then, through singing and storytelling, Marcy creates a Christ-centered, "Getaway of Grace" that gently touches every heart in the room.

The songs and stories are deeply moving, and sometimes stir emotions. Yet Marcy's sense of humor, and ability to interact with her audience, keeps the mood light. Many people have said, "Marcy's songs, and soothing voice were exactly what I needed to hear."

Everyone in your audience has a story that includes a storm (or two).

And, everyone in your audience has had (at one time or another) a dream (or two).

Marcy understands it's hard to pick up the pieces after a storm. That's why she also offers suggestions for recharging the batteries of abandoned dreams. Plus, how to get past the "life-stuff" that drained them.

Your guests will walk away feeling renewed, relaxed, and ready to not only "Give God the reins, but let go of them too."

Following the program, Marcy would love to meet with your group personally, and has CDs and other items of comfort available for purchase.

Thank you for your consideration!

Marcy Requist is a Christian Speaker/Singer/Songwriter/Pianist/Voice Talent from Iowa who knows "Everyone Has a Story, and Every Story Has a Storm".

During her own storms (losing friends and family, caring for sick and injured children, going through a difficult divorce, etc.), Marcy turned to music as a way to "pray when she couldn't find the words". This playlist of songs became an album ("Covers of Comfort") - but only by accident.

That story, and the things she learned getting through tough times, are now a message she shares in hopes of offering others a refuge in their storm.

She understands it's hard to pick up the pieces after a storm. That's why she also offers suggestions for recharging the batteries of abandoned dreams. Plus, how to get past the "life-stuff" that drained them.

Her "Evenings of Comfort" programs create a Christ-centered, "Getaway of Grace" that gently touches every heart in the room. Through inspirational music, moving stories, and simple relaxation techniques; audiences are able to catch their breath, and take shelter inside her "Circle of Comfort".

Marcy's desire is for all attendees to walk away feeling renewed, relaxed, and ready to not only "Give God the reins, but let go of them too."

About Marcy
Marvin and Barbara Requist were married 17 years before welcoming their first (and only) child Marcy Lea in June of 1968.
Her parent’s love of music had a very important influence early in her life. She remembers her father singing, records playing on the console cabinet stereo, and her mom’s guitar as her first memorable sounds. Marcy’s grandmothers also played a vital role in her appreciation of music. Her maternal grandmother had sung and played guitar in a band, and her paternal grandmother was a pianist who saved money for Marcy to buy her first piano at the age of 6. It’s a Wurlitzer, and to this day is the only piano she has ever owned, and where she does most of her writing.

Marcy’s Songwriting
Marcy’s interest in writing began as a child when she would write for her friends and family. The first song she wrote was called “Rainbow’s End”, and was written for a friend’s installation as Worthy Advisor in The International Order of Rainbow for Girls (a Masonic organization). At her own high school graduation ceremony, she performed a song she had written called “One Last Goodbye”. She also sang it for the 50 other candidates while Miss Iowa USA. (It was the last night of the contestants being together at the Miss USA pageant.)
In 1993, Marcy wrote “Christmas Eve 1973” for a very specific reason. Her paternal grandmother was living with Alzheimer’s, and had lost most of her family memories. This sad reality inspired Marcy to write a kind of “Christmas Carol of Remembrance” to remind her grandma of the special times the family had spent at their home in the country. She was hoping the intimate details of the “snapshots” she held in her mind, and transcribed into lyrics, would inspire her grandma to remember what that Christmas scene looked like. Marcy called it “Christmas Eve 1973” because she remembers that year as a kind of charmed moment. Everyone was gathered together, healthy and safe. On the day before her grandma’s passing, Marcy stood by her bedside. She thanked her for the many years of delicious baking, her most cherished piano, and for making every Christmas Eve so special. Then she told her grandma about the song she had written on that piano dedicated to those enchanted Christmas Eves, and sang a few of the lines from the song to her. Most would say that under the medical circumstances, there was little chance her grandma was able to understand. But Marcy would tell you that the look in her Grandma’s eyes proved otherwise. Music was a gift her Grandma had given her, and it was what they shared the last time they were together.
During the years that Marcy stayed home to raise her three children (even though she loved her role of “Mommy”), there was little time to sit down at the piano, so writing took a long hiatus. But, she kept her song ideas collected in a box, and promised herself when the time was right she would return to doing what she had always wanted to do.
Unable to find a magic permission slip that granted her the right to do what she loved, she decided to take a chance anyway. She hoped she could find a “spare room” in her life that would give her the space to work on the things she had been “putting on a shelf”. This room ended up being a cold, unfinished basement, but it worked. With only an old yellow lab named Bo at her side, she sat down at the piano, and opened the long-awaited door of creativity.
That brings us to today, and a few more chances taken. There were doors opened (and closed), and places found to work that supported her visions. People came into (and out of) her life who would either embrace her passion for music – and join her in sharing it with others, or turn from what they didn’t understand, and run from what threatened them.
Life is happening all around her and now she is grateful for the chance to turn her ideas into songs on her piano, and not just ideas hidden in a box.

Marcy’s Singing
As a child, Marcy became fond of the human voice while being rocked to sleep by the sweet, soothing melodies of her mother’s beautiful voice, and hearing the deep, rich voice of her father singing along with Jim Reeves records. Lucky to be from an extended musical family, Marcy gained a deep appreciation for song phasing and lyric interpretation from the gorgeous, velvety voice of her Aunt Kathy. With her cousins, Marcy spent many hours around the piano, and in front of the record player practicing and planning “shows” that were graciously attended by other members of the family.
Marcy’s love of singing in a group began as a child in the First Baptist Church choir in Red Oak, Iowa. She remembers her Junior Choir Director, Mrs. Ruth Stevens, telling the kids to “sing like you mean it, because you know you DO!” In grade school, she was encouraged to sing and play the piano alone in front of her classmates by her chorus teacher Mrs. Marlys Conrad. This was very helpful in learning to combat stage-fright at an early age. And, from the distinguished leadership of her first band director, Mr. Richard Simpson, she learned how to respect the music, and give rehearsing the dedication it deserved for the best results.
In Jr. High, Marcy met the man who would have the greatest influence on her love of music performance when she became a student of Mr. Larry Mannasmith. He guided Marcy through auditions and contests, directed her in musicals, coached her on singing techniques, and spent countless hours with her and her best friends in school around the baby grand piano in his chorus room singing, and sharing stories. During her pageant years, Larry and his wife Rhonda were a constant source of support.
In 1989, Marcy was able to share her love of music as she traveled as “Miss Iowa USA”. She often sang the National Anthem and performed at a variety of community events and occasions.
Marcy has also sung for a host of charities and fundraisers over the years. Some of these include Children’s Hospital Omaha, Child Saving Institute, Make-A- Wish, American Cancer Society, Arthritis Foundation, Joslyn Art Museum, The Salvation Army, American Heart Association, etc.
It is an honor for Marcy whenever she is invited to be a part of a milestone event in a family. It always amazes her how just the right song choice can mean so much. Whether it’s the union of two hearts through marriage, or bidding a sad farewell to someone gone too soon, she finds music to have incredible powers. It’s either the perfect accompaniment for a celebration, or warm embrace of comfort when saying “goodbye”.

To be determined based on the size of the venue, and the number of people in attendance.

Please contact Marcy prior to the event to discuss.

Songs will vary depending on the occasion, but I will frequently do songs from my CD "Covers of Comfort":
"Arms of Love"
"Hallelujah"
"Baby Mine"
"I'm Gonna Love You Through It"
"Life Is Hard (God Is Good)"
"If These Walls Could Speak"
"Make You Feel My Love"
"If I Had Only Known"
"Just A Closer Walk With Thee/Let It Be"
"Can't Cry Hard Enough"
"Help Me God"
"I'll Remember You"

Other favorites include:
"I'd Really Love To See You Tonight"
"Come Away With Me"
"The House That Built Me"
"Come Some Rainy Day"
"Here's To Life"
"These Boots Are Made For Walkin'"
"Glitter In The Air"
"She Used To Be Mine"
"Fly Me To The Moon"
"Never Saw Blue"
"You Don't Know Me"
and many others!

Marcy's greatest influences are artists who have written, sung, or performed with such authenticity and emotion that she literally wore out cassette tapes and cd's embracing their musical gift.

To be determined based on the size of the venue, and the number of people in attendance. Please contact Marcy prior to the event to discuss. Thank you.