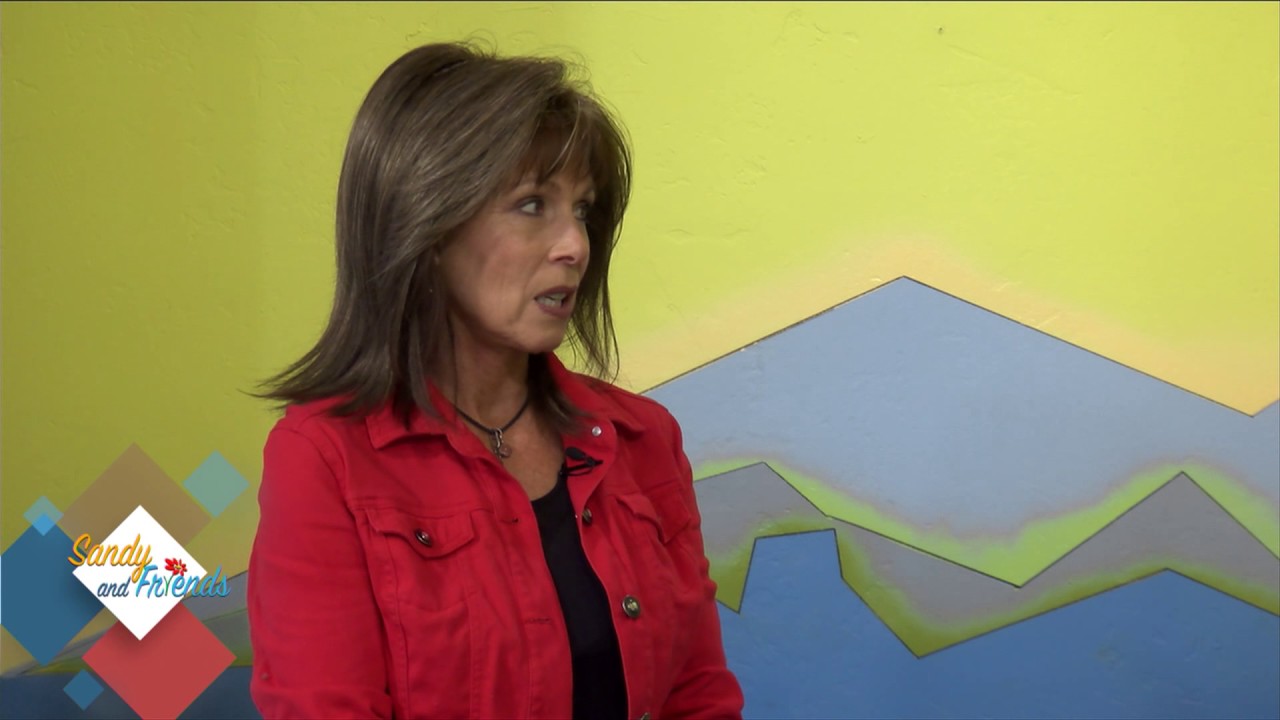 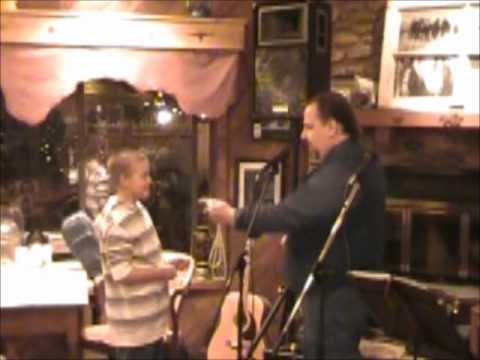 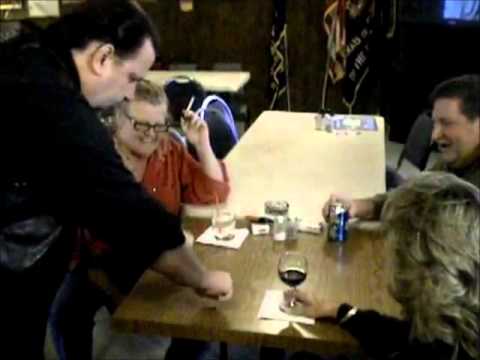 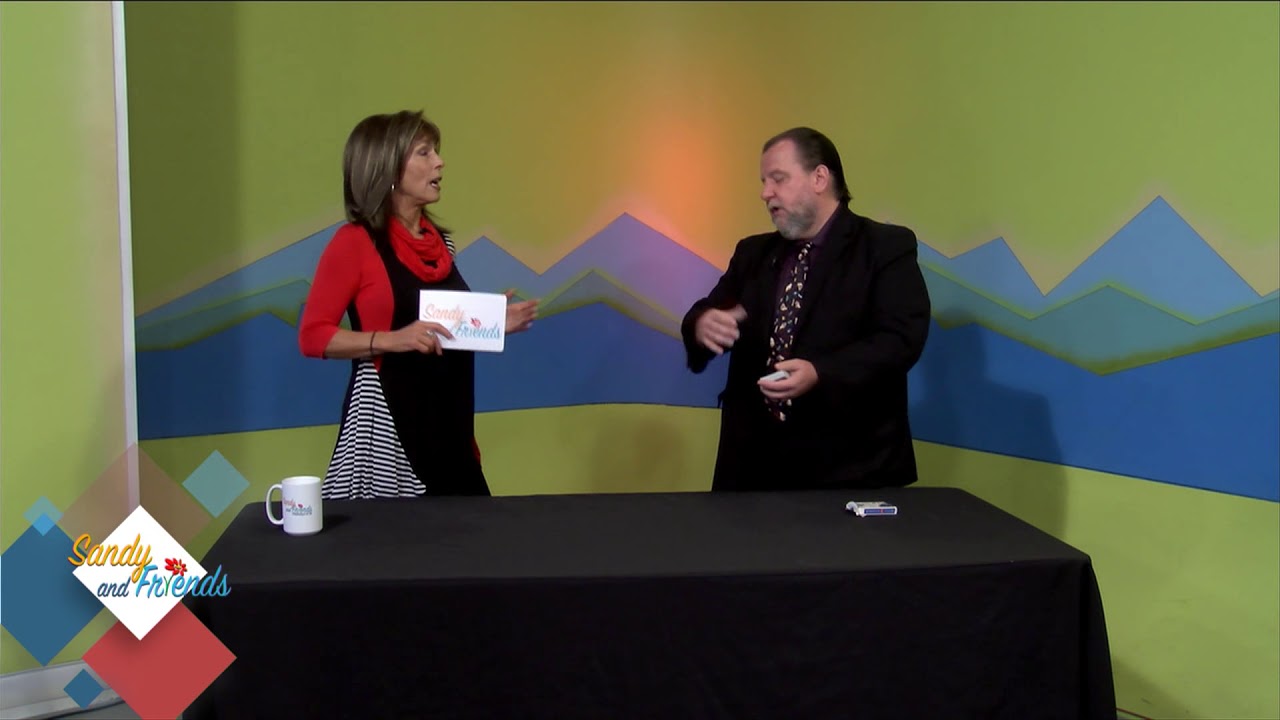 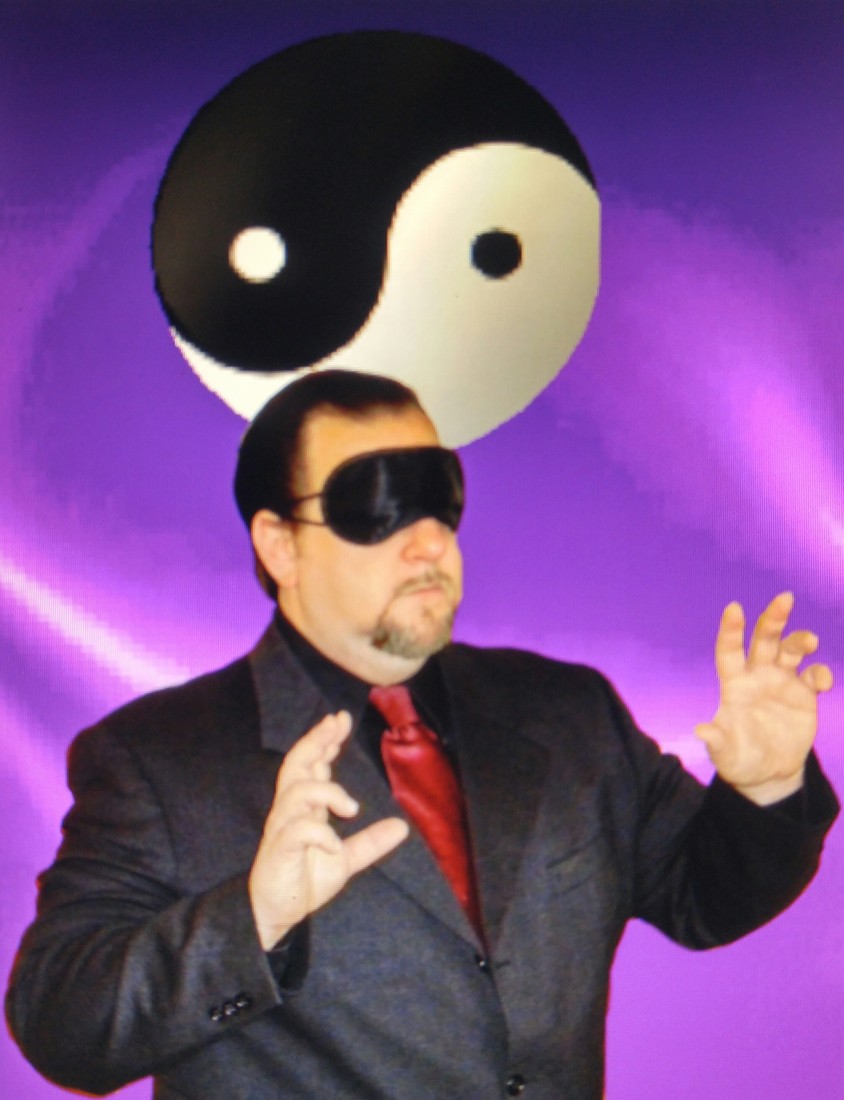 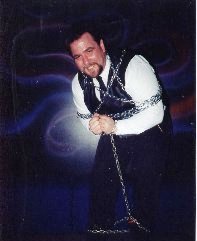 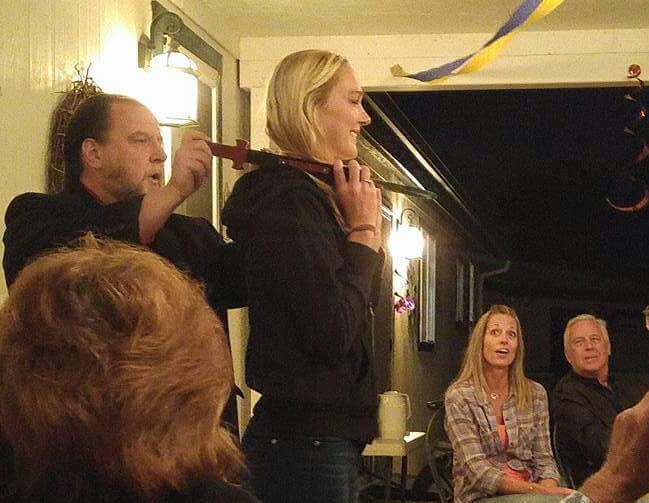 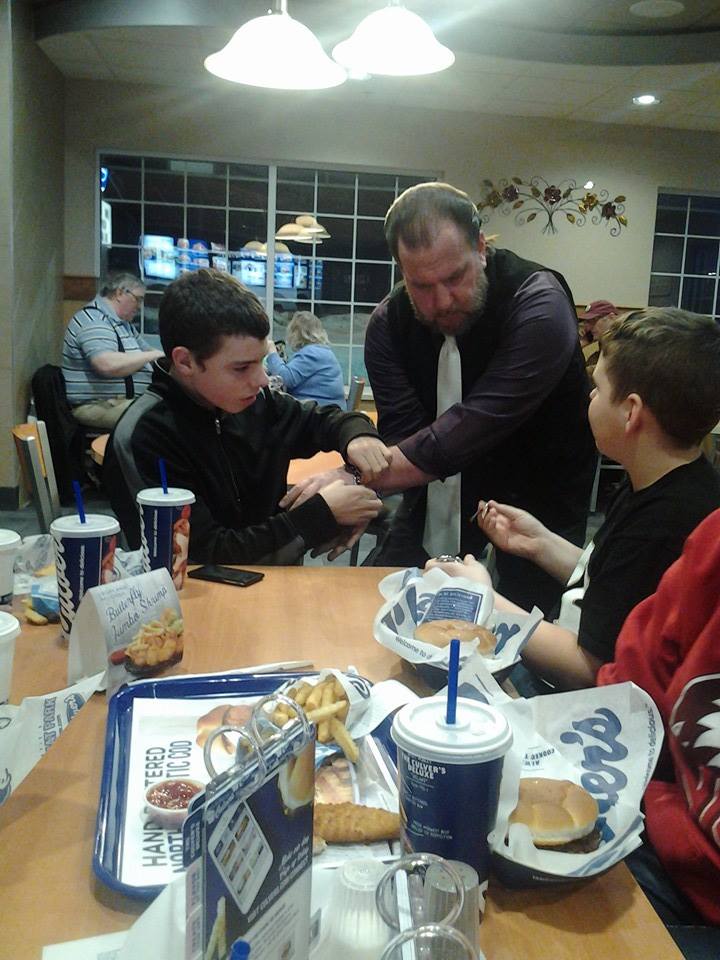 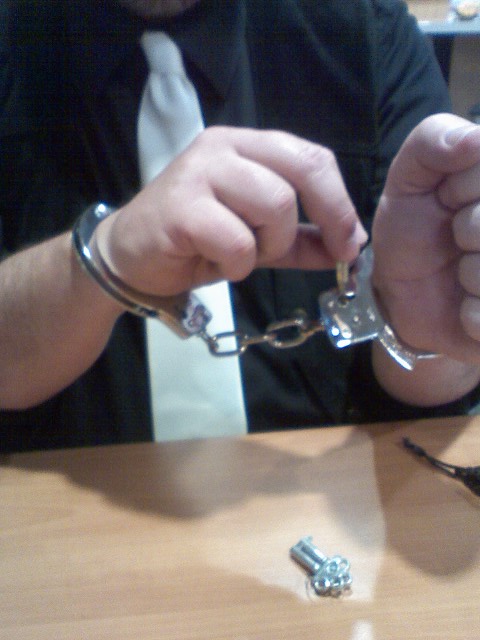 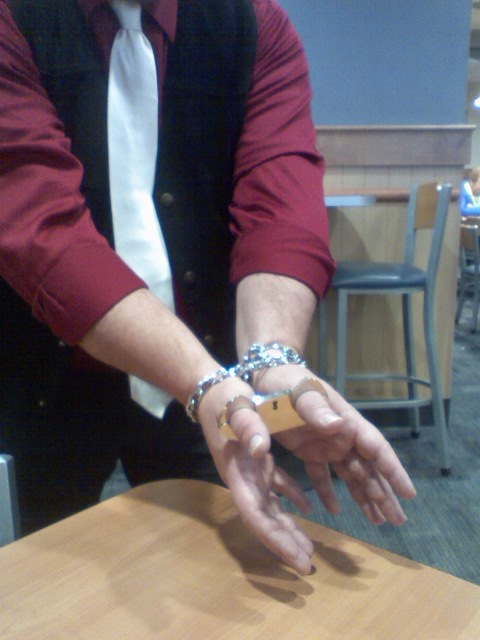 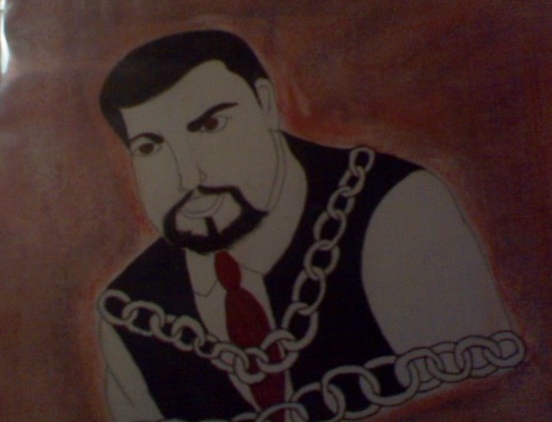 Self Caricature (Ink and Marker over Pencil) 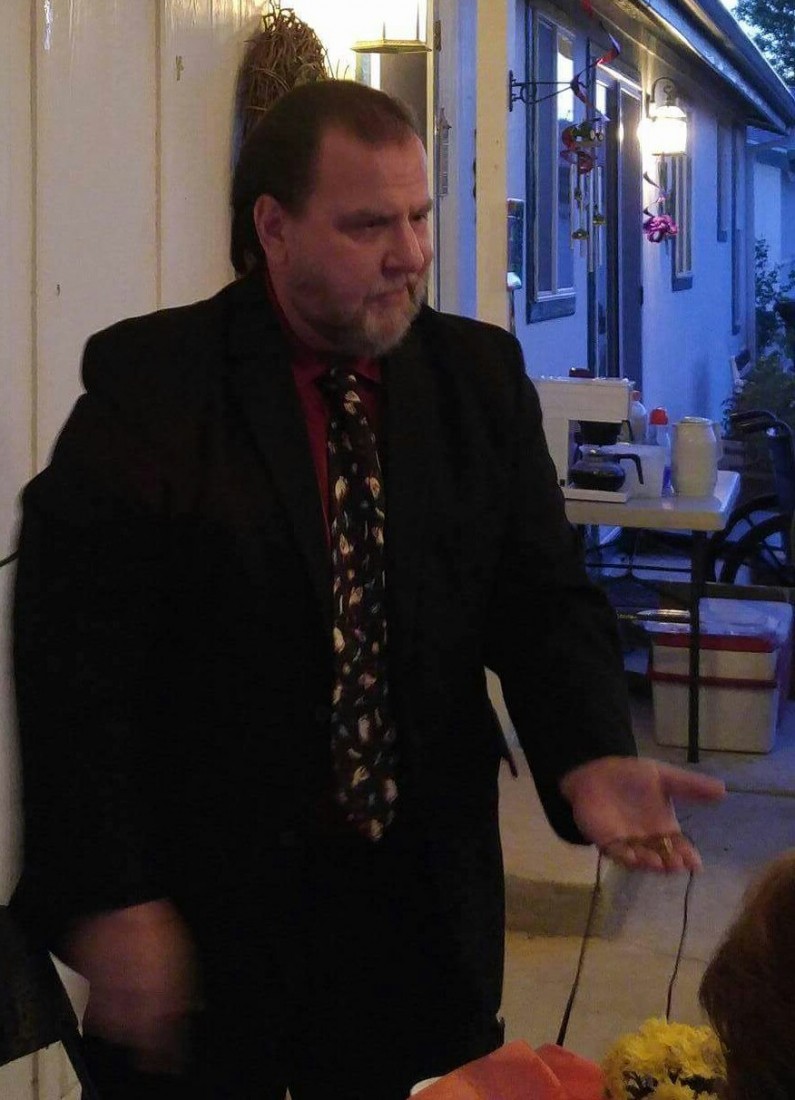 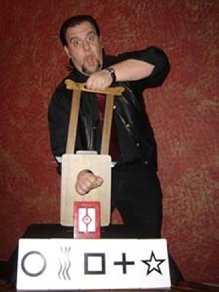 Magic Show for Salute To Seniors in Prescott, AZ.

West Wind Productions has been producing community senior shows in five states for the past nine years. The shows feature vendors, prizes, and live entertainment which includes song, dance, music, and fashion shows among other talents.
For the 2014 show in Prescott, AZ. we were referred to a local magician named Jim Saylor who made his first appearance at a Salute To Seniors show. Jim was punctual and well prepared. He engaged the audience with his illusions and went beyond what was expected by staying afterwards and performing close-up magic for individuals. What a special touch!
I highly recommend Mr. Saylor for mystifying and lighthearted entertainment at any gathering or event.

I have to say that BOTH of my grandson's(6&7) LOVED Jim's performance! And I cannot say enough good about it. Very well done Sir! I'd give you 6 stars for your Expertise, Communication, Professionalism, Value, and Adaptability if I could! Look forward to seeing you again!

Thanks for the great review Jack. It was fun performing for you and the boys. I'm glad you all enjoyed it.
I too am looking forward to getting together again.
Take care.
Jim

To Whom It May Concern,

I work at StoneRidge Community Center in Prescott Valley as the Activities Director. Part of my job is hiring entertainment for large community parties. I hired Jim Saylor as the main entertainment for our annual Holiday Party on December 12th, 2009.

Jim entertained a crowd of about 100 people with his magic and humor. I received many compliments from the residents who attended the show. Most of the residents had not seen a show like this before and were very pleased.

Jim is easy to work and communicate with. He is prompt and professional. I would hire Jim back for future parties. It was a real treat working with him. If you have any further questions, please so not hesitate to call me.

I have seen Jim on several occations. He is truly a great entertainer! His shows are always exciting and funny. He interacts with the crowd so well. I would have no problem booking him for anything from a childs birthday party to a retirement party. I look forward to seeing him again!

Jim is a gifted performer, his comedic timing, and ability to play to any age is a real jewel in his crown. His mastery of illusion is top notch, and will keep you guessing for hours after.

Jim is a GREAT Magician he is very knowledgable in the art, with a lot of experience in all types of magic. I have known Jim for over a year and he always brightens up the room with his BIG Heart and the way he makes everyone around him feel comfortable. I would strongly recomend Jim to anyone looking for a professional Magician and also a Magician, that can keep you entertained with his comedy.

Jim has a comedic timing that really draws a crowd into him and he also enjoys mingling into the crowd making everyone a part of the show. Some people like to see entertainers because of the name on the board, I liked seeing Jim because he made me feel part of something.

The party was great and you did a really nice job. I got lots of compliments and thank you so much again for being a part of the party.

jim's connection with the audience was apparent from the start, as he began with some jokes to loosen the croud up. his cloise up illusions are among the best i've seen. he is a master of illusions as well, as you try to follow him you are lost till HE wants you back. he always showws the audience a very good time. then his famous straight jacket escape astounds you. all in all a very entertaing show was had by all.

I had the pleasure of watching him perform at Festival of the West in 2008. It was am impromtu performance, I was the emcee, and he had me come on the stage and help out. Good performance--funny and entertaining, and I had a lot of fun being a part of the act.

In the Close-up Magic act spectators will have chosen cards and coins visibly change in their hands. They will cut ropes in two and watch as the pieces become one right under their noses. Single objects will multiply in their own closed hands - and more.
During the Mentalism routine audience members will have their thoughts read; fortunes told; witness predictions (often made days before the show) come true; and more.
As an Escape Artist, Jim has liberated himself from all types of restraints; ropes, locked chains, mailbags, packing crates, etc. Audience members are encouraged to participate by restraining Jim with their own locks. His most challenging escape was to free himself from a Straight Jacket while suspended upside-down five stories above Lincoln Highway in DeKalb, IL. (a task successfully accomplished in just 2 minutes).
The experience and emotions felt by the audience as Jim expertly performs his close-up illusions, mentalism, and escapes can be described in two words...amazement and joy.

Magic: Comedy magic of all types for all audiences. (Expert, 20+ years experience)

The most recent influences on my performances have been my friends and mentors Ed Fowler (E. Raymond Carlyle), Norman Bigelow and Earl Nelson.
Mr. Carlyle was the first person to perform the "Houdini Seance" at The Magic Castle in Hollywood, CA., and had more than 60 years of show business experience. Mr. Bigelow was a world renowned Escape Artist and creator of “The Doors of Death” escape. Mr. Nelson is not only a world famous magician, he is also an actor and author, and one of only two people to ever be named "House Magician" in the history of the prestigious Magic Castle in Hollywood, CA.
Past influences and instructors: Houdini, Richard Webster, Jay Marshall, Bob Brown, Eugene Burger, Ed Marlo, Dunninger, Richard Gough, Alan Wakeling, Lou Costello, Tommy Wonder, Roy Benson, Dai Vernon, Bob Kubota, and so many more talented magicians and comedians, too numerous to mention here.

As I perform different type/size shows my requirements vary. In general all I need is adequate performing space and possibly a side table and sound system (which I usually have with me).