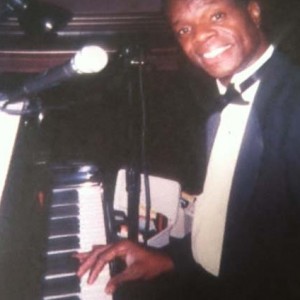 I can sing in different voices, do one man band, or bring duo, trio. or quartet, also entertainer with / comedy

Be the first to review Lou Cobon Concept

Texas has given birth to a number of remarkably, exceptionally talented individuals, including the multi-talented Lou Cobon.
This native Houstonian is a musician, actor, and composer. Lou has been mesmerizing audiences for over a decade with his charming wit and amazing talent. His popularity has awarded him access to some of Dallas’s most elite and influential citizens, performing at functions for such distinguished names as Dallas Billionaire Edward Cox, Television and Film Star Chuck Norris, Senator Royce West, and the prestigious Hunt Family of Dallas to name a few.

Lou has also graced the halls of Dallas’s most prestigious hotels and
restaurants. Not only does this one-man band perform alone, he also has a band, a trio, and a duet combo to appease your musical pleasure.
Lou’s versatile style and unusual ability allows him to be able to satisfy anyone’s musical appetite, serving up a main course of soulful and contemporary ballads, topped of with a few sweet and sensuous jazz tunes.


You are invited to come, relax, and experience an unusually captivating evening with the awe-inspiring and alluring sounds of Lou Cobon.