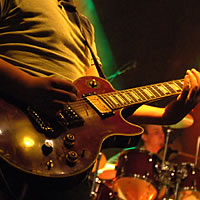 Long Time Divided is a hard working, blue-collar rock band based out of Pittsburgh, PA. We have opened for such national acts as Fuel, Static-X, Soulfly, Soul Asylum, Drowning Pool, and more. Our music is all original and we have been featured on both 105.9 The X and 102.5 WDVE (both are Clear Channel radio stations).

We have been featured in Front Magazine, specifically issue 175, and our debut album was put in Tim Benz of The X Morning Show's "Top 10 Albums of 2012" (105.9 The X). If you're looking for hard rock in the vein of Stone Sour and Seether, look no further than Long Time Divided.

Be the first to review Long Time Divided