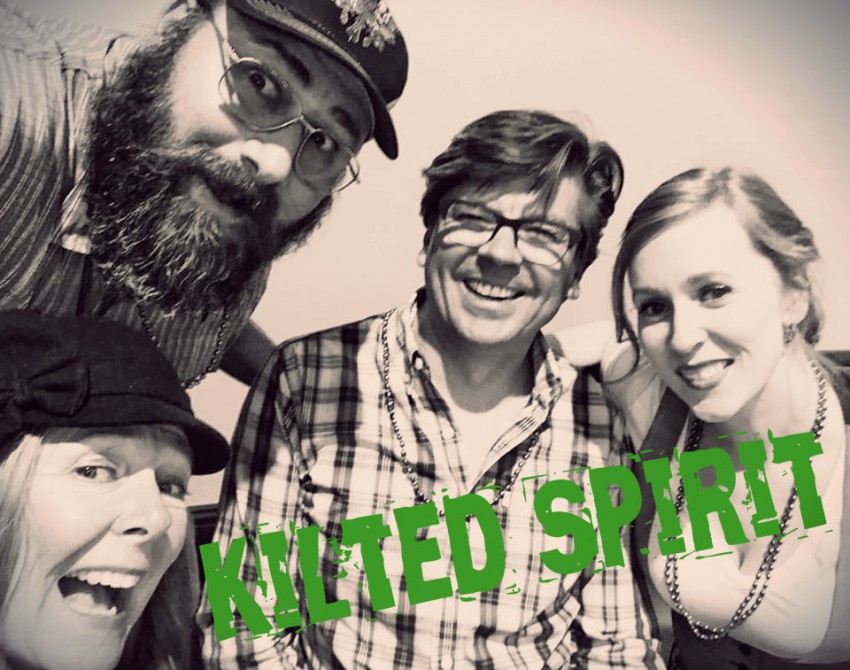 From lively toe-tappin' Irish and Scottish jigs & reels,
to drinking songs and popular covers-
Kilted Spirit is a Phoenix Irish band guaranteed
to bring on the craic!!

Be the first to review Kilted Spirit

“They get it popping. They’re more than just a band. They’re fun," Mealedia White, Manager of Seamus McCaffrey's Irish Pub

"In my professional opinion, Kilted Spirit is the best Irish band in Arizona. We love you guys!
Hope you can join us again in 2015!"
Darryl Toupkin, Kiss Me I'm Irish Run

Kilted Spirit is a four-piece Irish band that can accommodate your every need. In addition to the musicians below, we can also add a bodhran player and/or Irish dancer to your performance.

Colleen Collins on vocals, guitar, Irish flute, and tin whistle, is a classically trained guitarist with a powerful and expressive voice, a crisp guitar style and an impressive touring resume who has performed and taught guitar for many years.

Coming from an Irish and Scottish heritage, Colleen felt compelled to perform Celtic music at an early age. She studied Irish flute technique at the Arizona Irish Cultural Center, where she also became a member of the Celtic choir, "Celtica!". Her influences include Irish singers Karan Casey of Solas, Mary Black, Susan McKeown, Niamh Parsons, and Scottish singers Eddi Reader and Julie Fowlis, as well as Irish flutists Kevin Crawford of Lunasa and Matt Malloy of the Chieftains.

Megyn Neff on fiddle and vocals received her Bachelor of Arts degree in Violin Performance at Northern Arizona University in Flagstaff, AZ. She performed as principal violinist and assistant concertmaster for the NAU Symphony, Chamber and Opera orchestras, and worked as a section violinist with the Flagstaff Symphony Orchestra for several years. She was honored with orchestral scholarships and was chosen to represent all strings in the 2008 NAU School of Music Honors Recital. During this time, she was also inspired to collaborate with local community folk musicians exploring the genres of gypsy, Klezmer, Americana folk, bluegrass, and Cajon fiddle.

Megyn is now happily settled back in Phoenix where she plays with several bands including North Brother Island and the Jon Rauhouse ensemble. She has most recently performed with the Irish band, Trotter's Wake. Her current orchestral memberships include the West Valley Symphony, Arizona Pro Arte Ensemble, Phoenix String Quartet, Sweetwater Strings, and is often booked for weddings all over Phoenix and Sedona as a solo violinist. Megyn is in high demand for recording sessions for albums, soundtracks, and other unique projects.

Christopher Moreno is a classically-trained guitarist who performs Irish bouzouki, guitar and electric stand-up bass with Kilted Spirit. He has studied with guitar virtuosos Christopher Parkening, Manual Barrueco, and David Tannenbaum. He has performed at Irish pubs across the city, though is versed in all styles of music from Spanish guitar to punk rock to bluegrass.

Rob Commer, on drums and vocals, has enough energy to power a fleet of locomotives. An inspiring force that stems from the soulful beats and the power and passion of his performance.

When you listen to the drumming of Rob Commer, emotions will connect and rhythms will soar as you air-drum along... even if you've never heard the tune before.