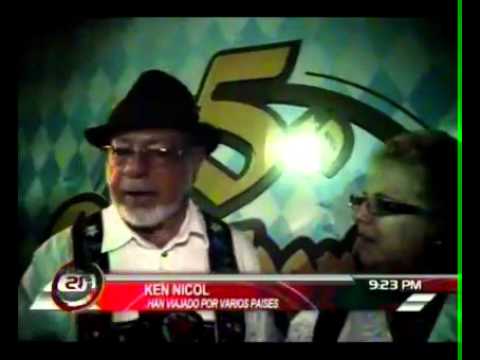 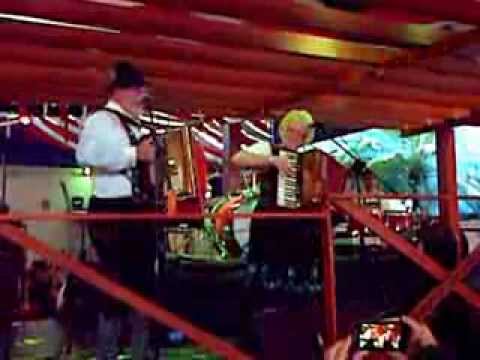 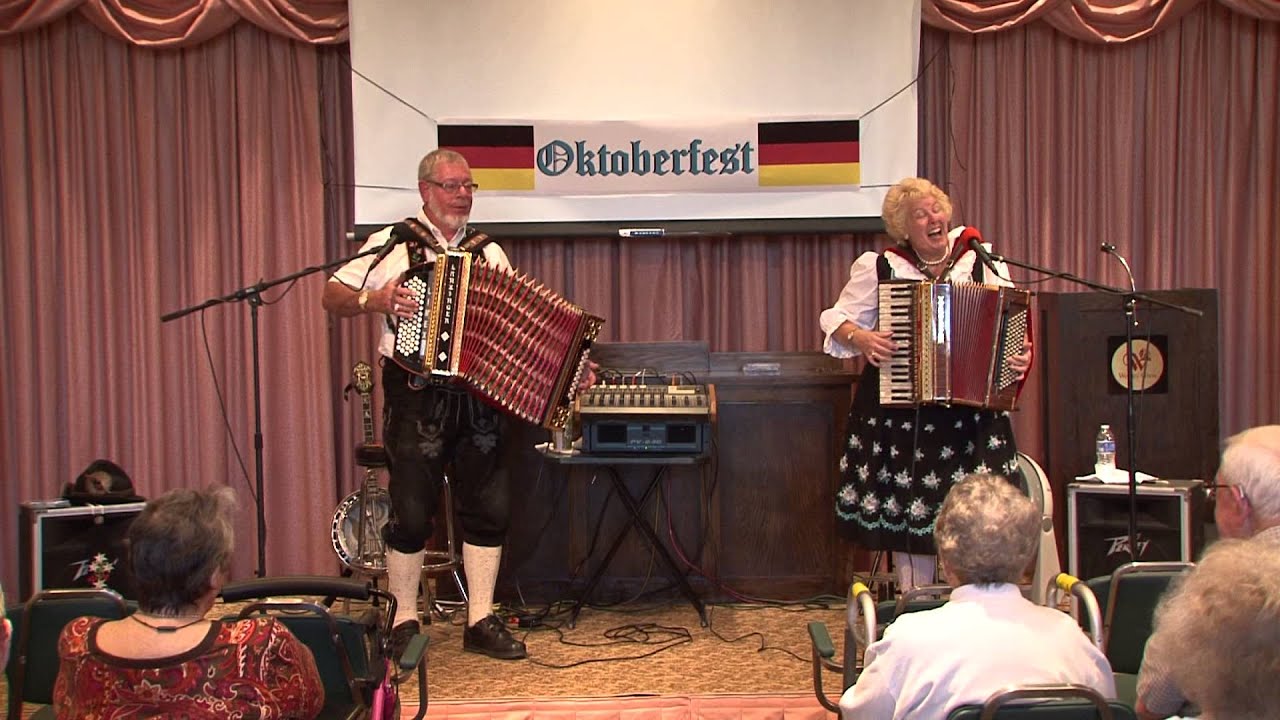 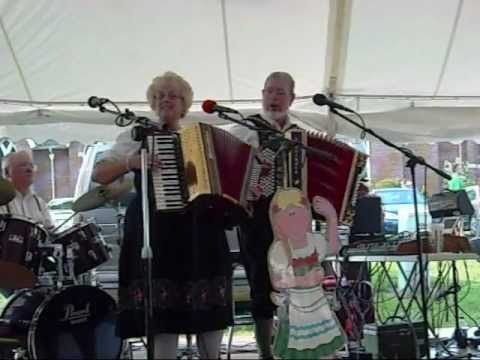 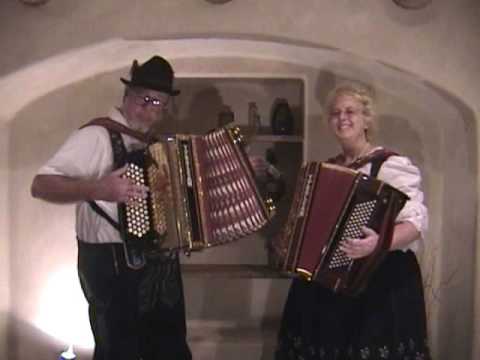 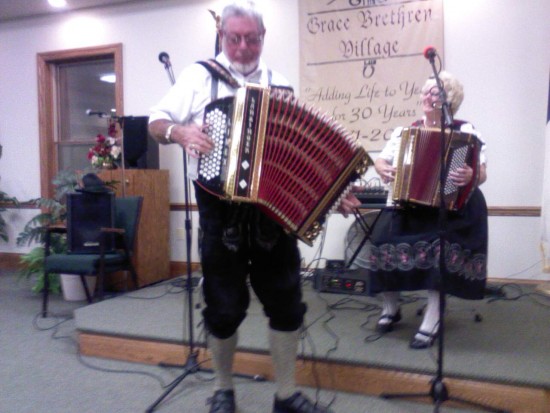 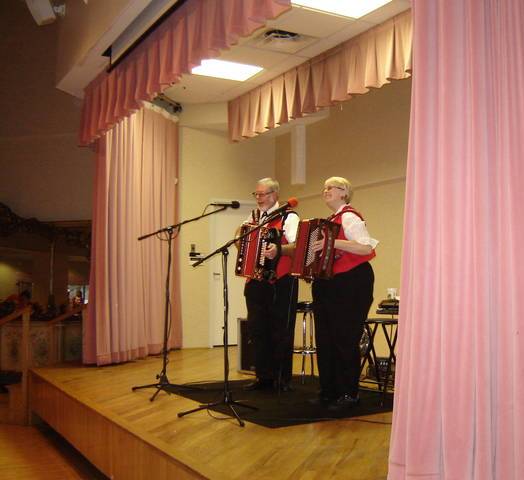 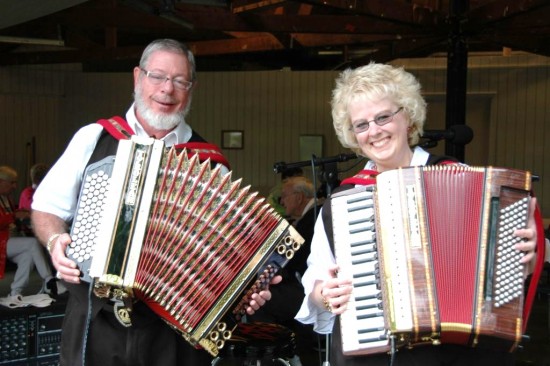 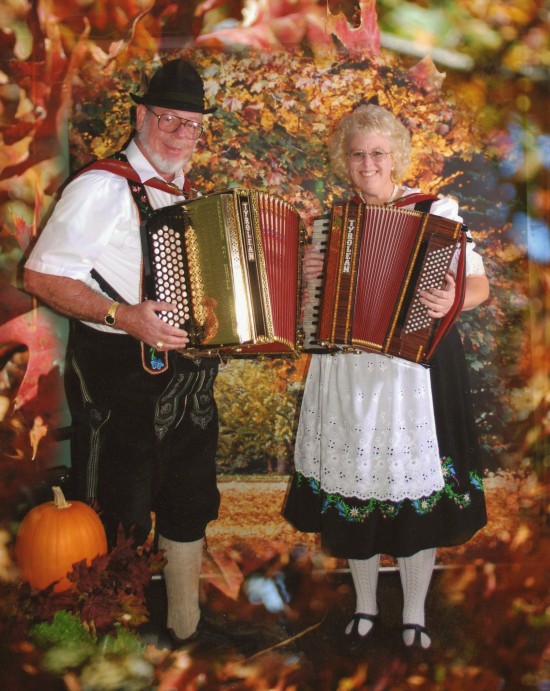 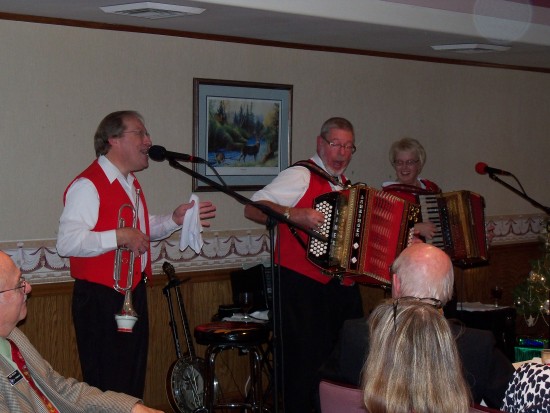 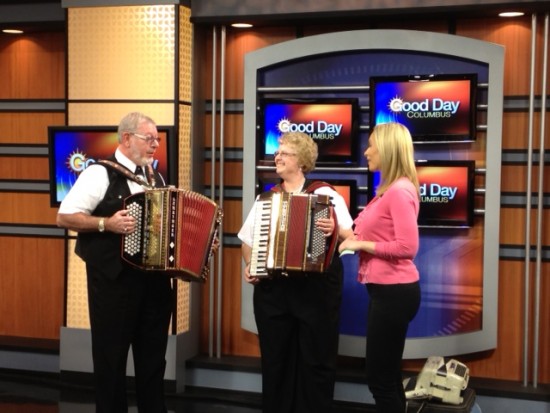 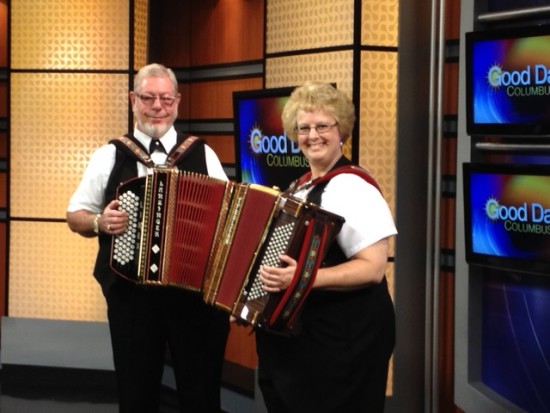 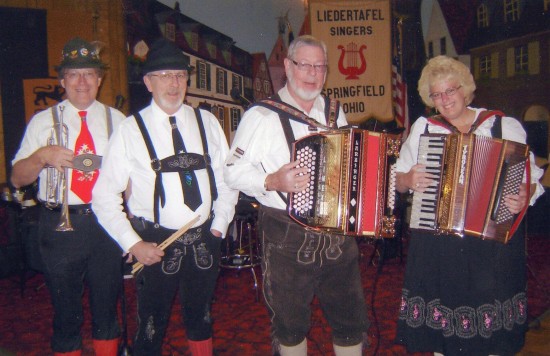 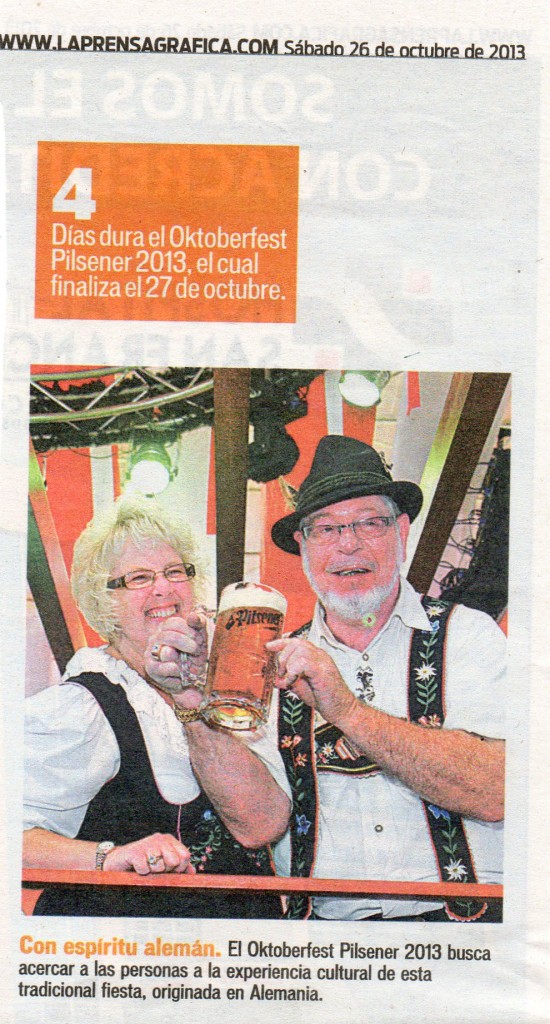 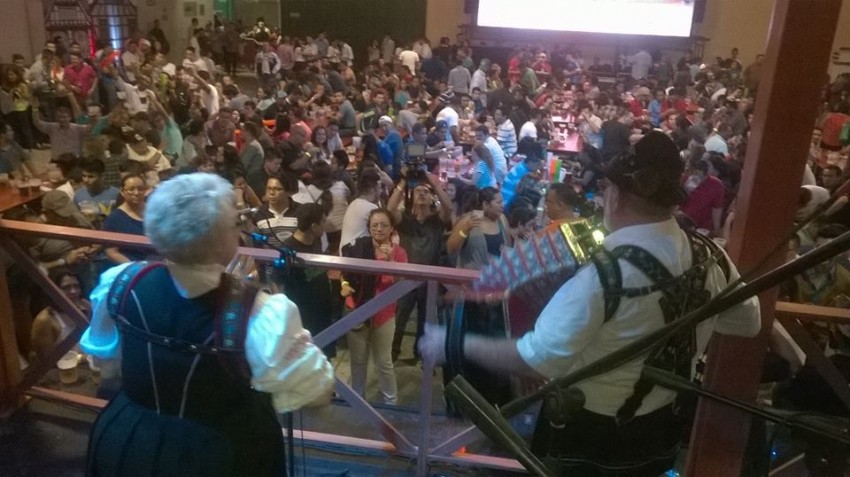 Ken and Mary have worked as an accordion duo for many years, playing a large variety of music for events mostly around the Midwest, combining piano accordion with the latest state of the art button accordion with MIDI enhancement to produce multiple music styles and sounds.

Thanks, Ken and Mary!

What a great time we had! Ken and Mary did a fabulous job at our party, and we highly recommend them! They were both very friendly, and Mary had such a beautiful smile on her face the entire time. Definitely can see that they enjoy what they do!

Thank you so much for your wonderful review and your kindness!!! Best wishes to you and your family!!!!

Thank you Mr. Hart and all those who attended the event. Everyone was so nice to us and made us feel very welcome. We're so glad you enjoyed our music.

Ken and Mary gave us a splendid evening, with all kinds of music (as requested). They showed up on time and set up with little trouble. I would definitely hire them again.

Fantastic stage performance! We have gold-plated hand-crafted Italian accordions with midi. We can sound like a 4-5 piece band for your black tie events or we can costume ourselves in authentic German attire for your ethnic events. Have own sound system to accomodate most needs or can stroll accoustic. Styles of music performed include jazz,swing,show,waltz,polkas etc. WILL TRAVEL. No job too big or too small.

Ken Nicol and Mary Drake are "Ken & Mary Turbo Accordions," an accordion duo out of central Ohio. They strive to dispel the stereotype that accordions are just for playing oompa or polka music. Quite the contrary, they perform a wide variety of music in their concerts, with one of our most popular concerts being "Milestones & Memories," a Welk style format show that includes many songs that one would see on the Lawrence Welk shows - including big band, dixieland, ragtime, waltzes, old standard song favorites, sing-along favorites, some ethnic tunes, and polkas - to name a few. And just when you think you’ve seen it all, they throw in some songs totally unexpected from them or their accordions! What makes their concerts so appealing includes their instrument combination and the high energy level of their performances. Ken performs on a 5-row,custom-built button accordion with the latest electronic sound enhancements. This allows his instrument to not only sound like an accordion, but also a myriad of other instruments as well, such as violins, harp, piano, organ, tuba, trumpets, trombones, and even steel drums for their island cruise numbers (which begin with the blast of a cruise ship horn) and Alp horns, a yodeler, and cow bells for their “trip to the Alps” songs. When paired with Mary's custom built piano accordion, they create an awesome sound and a very entertaining show. For even more spice and variety, they also include an Italian mandola and tenor banjo in their concerts and climax that portion of the concert with a breathtaking performance on the banjo. They believe concerts are much more entertaining when the audience is engaged in the programs – they’ll never just stand on stage and play at them. In addition to performing as a duo, Ken and Mary also perform as a 3 & 4 piece band by adding a trumpeter/vocalist and/or percussionist.

Ken’s music background has spanned over 50 years. He has played a number of instruments including the guitar, mandolin, Italian mandola, and the 3, 4, and 5-row button accordions. Through the years and up until several years ago, his main instrument was the Tenor Banjo. In fact, he was bestowed the title “Baron of the Banjo” by the International Polka King, Frankie Yankovic. Ken founded and directed the Restoration Rag/Jazz Band, which performed all over the Midwest for 35 years. Ken has also performed at the German Pavilion at Disney’s Epcot Center over 30 times and has performed for special celebrations for the country of Estonia in Boca Raton, Florida, arranged through Disney’s Department of Foreign Productions. Mary’s background has spanned nearly 40 years and includes performing at festivals, banquets, and parties.

There are so many great musicians/performers who have been a positive influence on our music. It's hard to list them all, but some of them include Lawrence Welk, Myron Floren, Frankie Yankovic, Eddie Peabody, the Humphrey Brothers, and Roy Clark. Our audiences are also a big influence on us. They challenge us to become better musicians and to find even betters ways to entertain.

mostly need to be located near an electrical outlet or electrical cord. 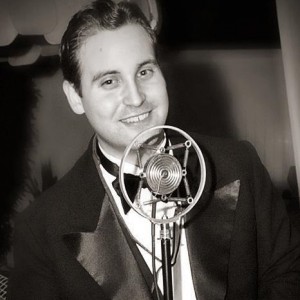 Nicole said “Punctual, personable and interactive, can’t wait to have him back”