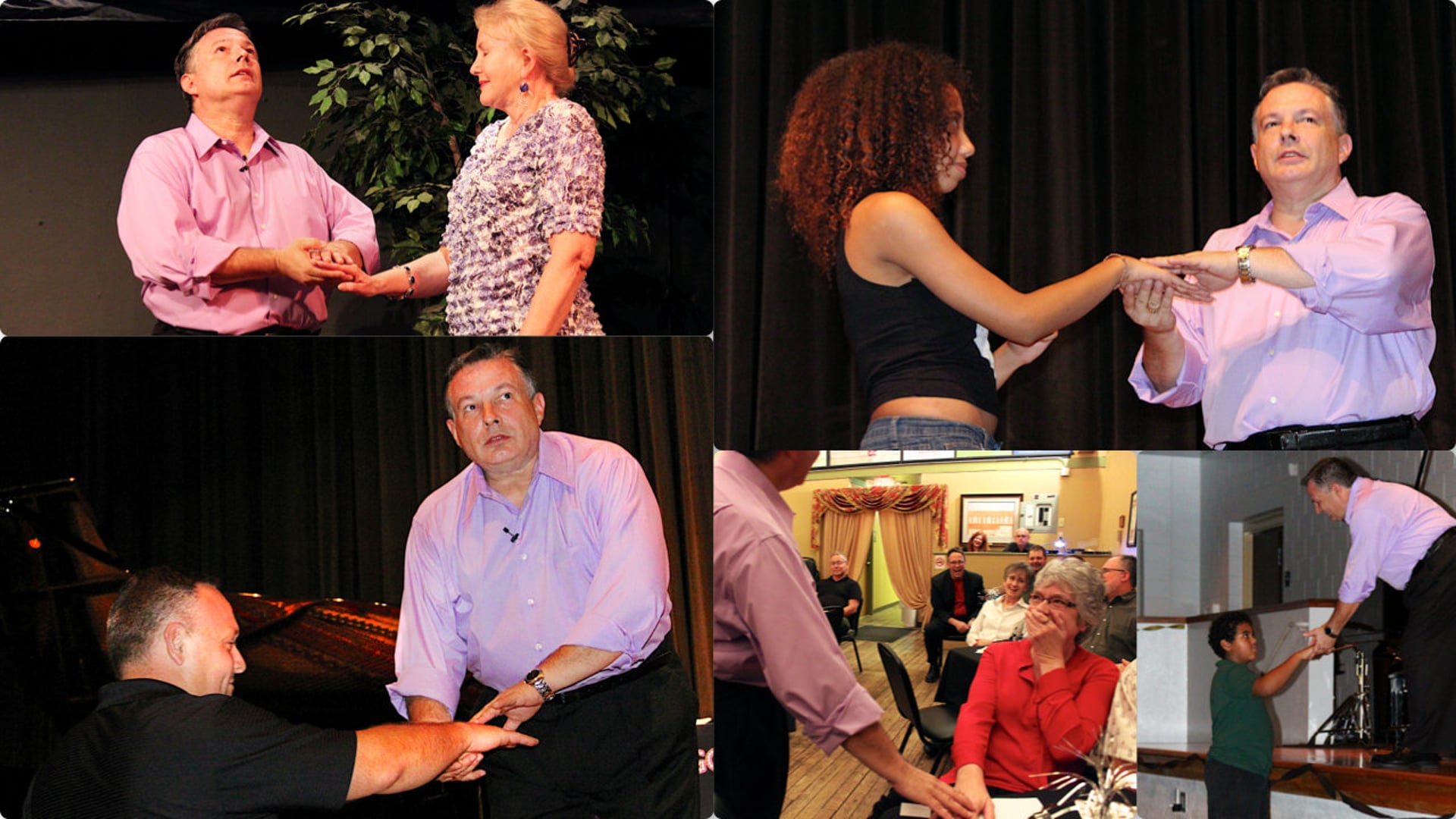 The Musical Mindreader In Action 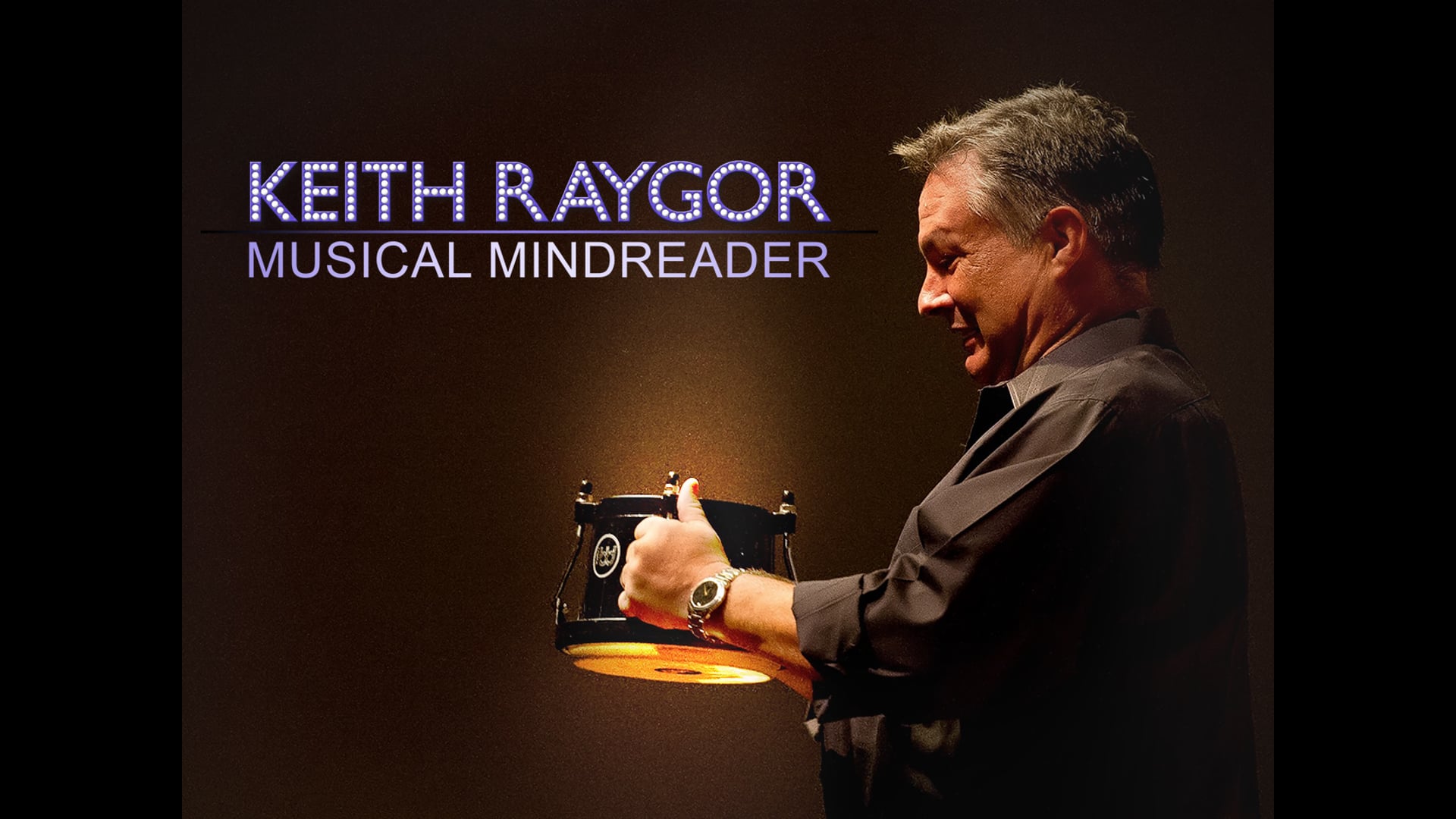 Scenes From The Musical Mindreader

Based in Naples, Florida, Keith is renowned in close-up magic and mindreading; and his stage show "The Musical Mindreader" is highly regarded by fellow entertainers, event planners and audiences - because of his performances, and because he's easy to work with.

Keith's experience and integrity guarantee the success of your event. Thousands of shows as a full-time professional magician for that past 25 years is your ticket to peace of mind and the world of wonder and astonishment. Call now to check Keith's availability.

Be the first to review Keith Raygor, The Magician

Keith's performances are very engaging. He specializes in involving everyone in the magic and the laughter. He brings this energy to the stage and to his close-up performances. But above all - he brings his consummate professionalism and integrity to all of his on-stage and off-stage work.

And you should definitely expect your guests and customers to remember you and thank you for a long time because of Keith's attitude and talent. If you have any questions at all, please don't hesitate to call or write.

Keith Raygor is the Musical Mindreader. His years of training in music, sound, theater and art, allows him to ‘hear’ the songs you’re singing to yourself. And it comes out in a most amazing way!

Growing up in a musical family of 7 in Minneapolis, Keith’s mother encouraged her 5 children to explore theater and music, among other creative endeavors. His stints include being a percussionist with the Air Force Band, followed with a year of playing piano and performing sleight-of-hand at a Sheraton Hotel.

Keith then enjoyed 12 years of crisscrossing the country playing club dates while performing in show bands. Any free time Keith had during this phase was filled as a stagehand for Bruce Springsteen, Boston, Grateful Dead, the Police, Jackson Browne and numerous other entertainers and touring Broadway plays. A 5-year stint as a Cruise Director and Entertainment Director culminated in a versatile and well-rounded professional.

His unique approach to the magical arts that earned him two Best Entertainer awards in Florida and a host of Fortune 500 clients.

Keith can provide the lighting and the sound for most any size room and audience requirements. For a look at the contract rider for his stage show "The Musical Mindreader", check the photo gallery above - you'll see the easiest rider in the business!

Where magic, music and mindreading merge into one superb performance!

The room gets quiet . . . Someone near the back silently sings their favorite song to themselves. You could hear a pin drop. With the touch of a hand, within moments, Keith is playing that song on the piano.

No one other than Keith performs this amazing feat. It must be seen to be believed.

Naples magician Keith Raygor repeats this feat again and again. His stage show mixes in brilliant exchanges of laughter and magic unlike any you’ve ever seen. They’ll not only remember the event, but they’ll remember who made it possible! This is a large part of the reason Keith is repeatedly chosen by event planners for corporate events and private parties across the US and Europe.

Combining his expertise in communication with his dialog of music, Keith has trained himself to recognize the rhythms subconsciously expressed by you, whether you’re singing a song in your mind or maybe thinking of a friend or favorite destination; your thoughts become the music of the night. As you think of songs, Keith will perform those songs, all without you uttering a single lyric or note.

Magic also plays an integral part in his Musical Mindreader show – the astonishment of your guests in between laughter and melody leads to a wonderful finale! This one-of-a-kind show entertains, engages and inspires. From start to finish, trust the professionalism that comes from Keith’s thousands of performances. They’ll experience an unforgettable adventure with amazing surprises so be prepared to laugh, and then laugh some more.

No required items for close-up magic