Justin Toito and The High Rollers 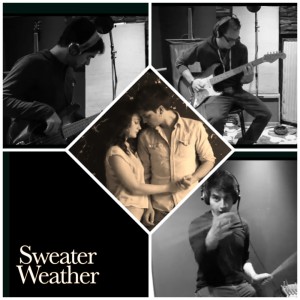 Justin Toito & The High Rollers are ready to take 2014 by storm! Having played for crowds of 30 to 30,000, these gents are suitable for any venue and every occasion. From Clubs to Bars.. Highschools to Universities.. Fundraisers to Weddings.. these boys are creating history that you should be a part of.

Thank you for your interest !

Be the first to review Justin Toito and The High Rollers

Hamilton based Singer/Songwriter Justin Toito has recently embarked on a new music career featuring his supporting band – The High Rollers. Toito is currently signed with multi-platinum award-winning producer David Bendeth (Paramore, Hedley, Papa Roach). Since his signing Justin has currently worked with band members from Boys Like Girls, Jason Mraz, and Wave. Not only has Toito worked with amazing artists but his new supporting band has worked with many as well. Artists include: Tommy MacDonald (Hedley), Chris McNiell (Glass Tiger), and recording engineer – Dean Maher. Justin Toito & The High Rollers are ready to take 2014 by storm. You can expect this upcoming band to make a splash in this years’ music scene.

Marieeve F. said “For a corporate event, we couldn’t have had a better musician. Their music style, their presence on stage, and they are all excellent musicians. I am…”

Matt F. said “Talent, class, an excellent blend of music! This band always shows up ready and it is obvious they enjoy themselves! A real crowd pleaser! Get out and…”