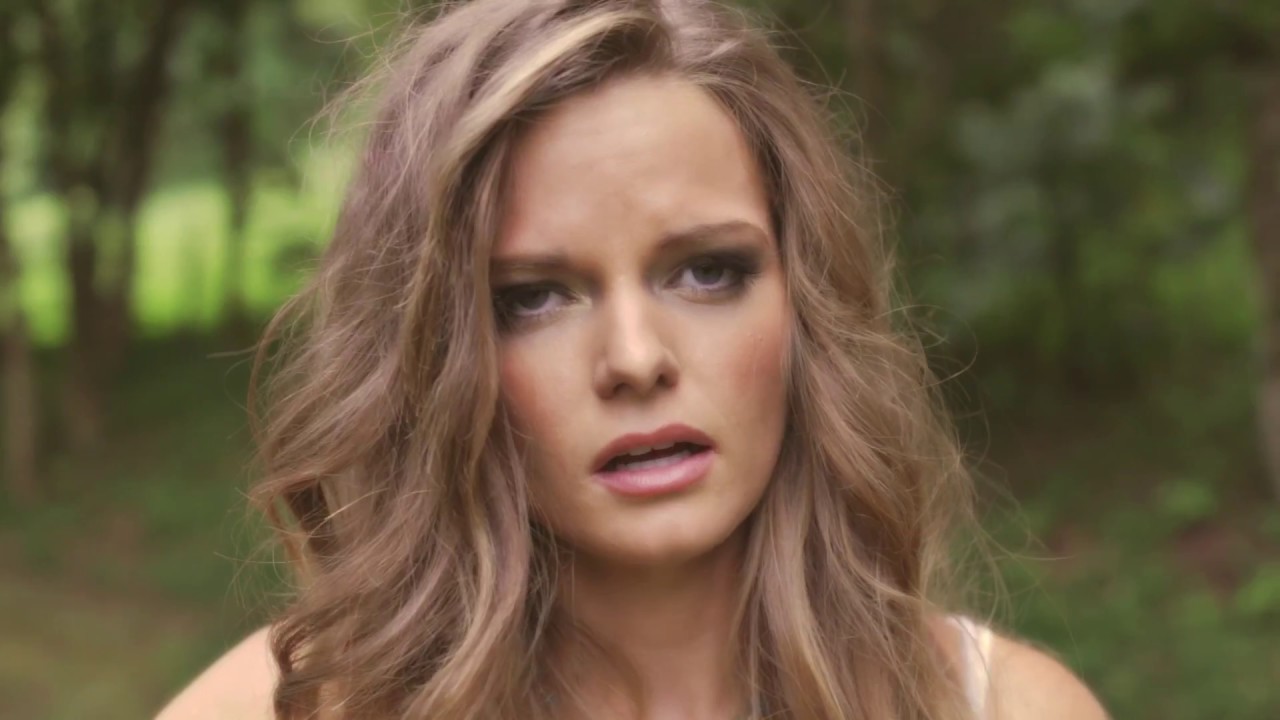 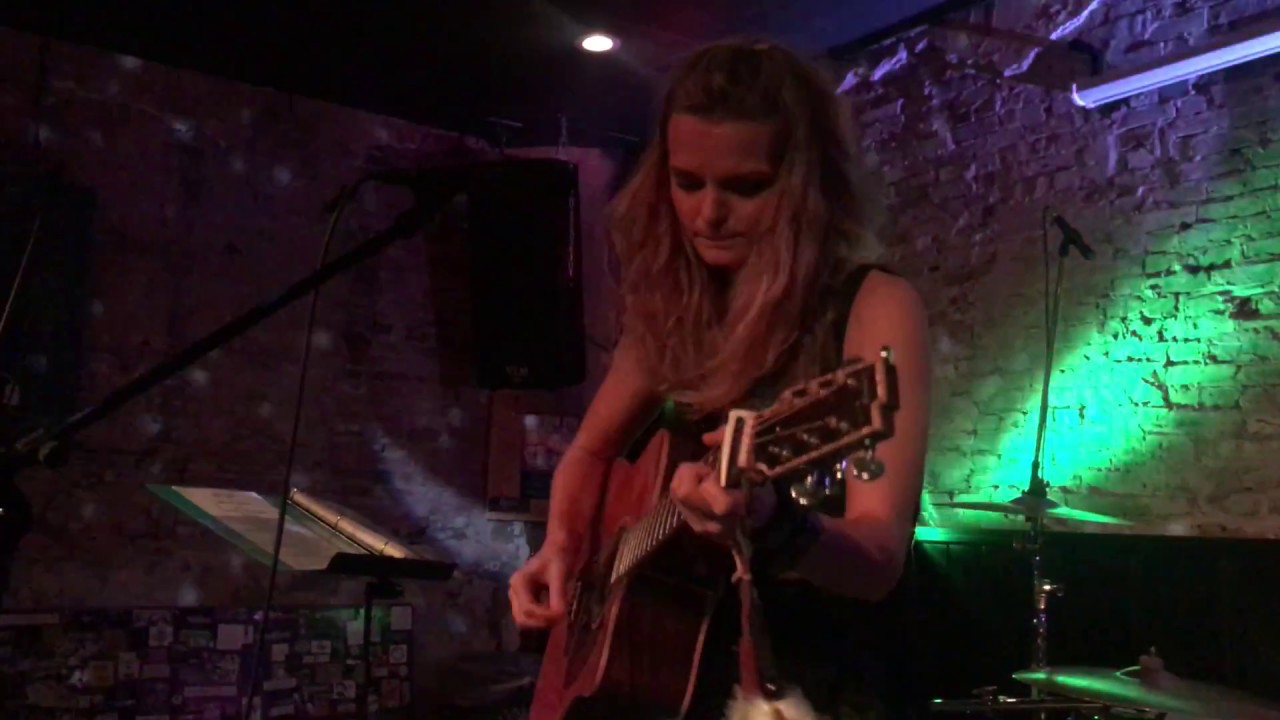 Back To My Roots 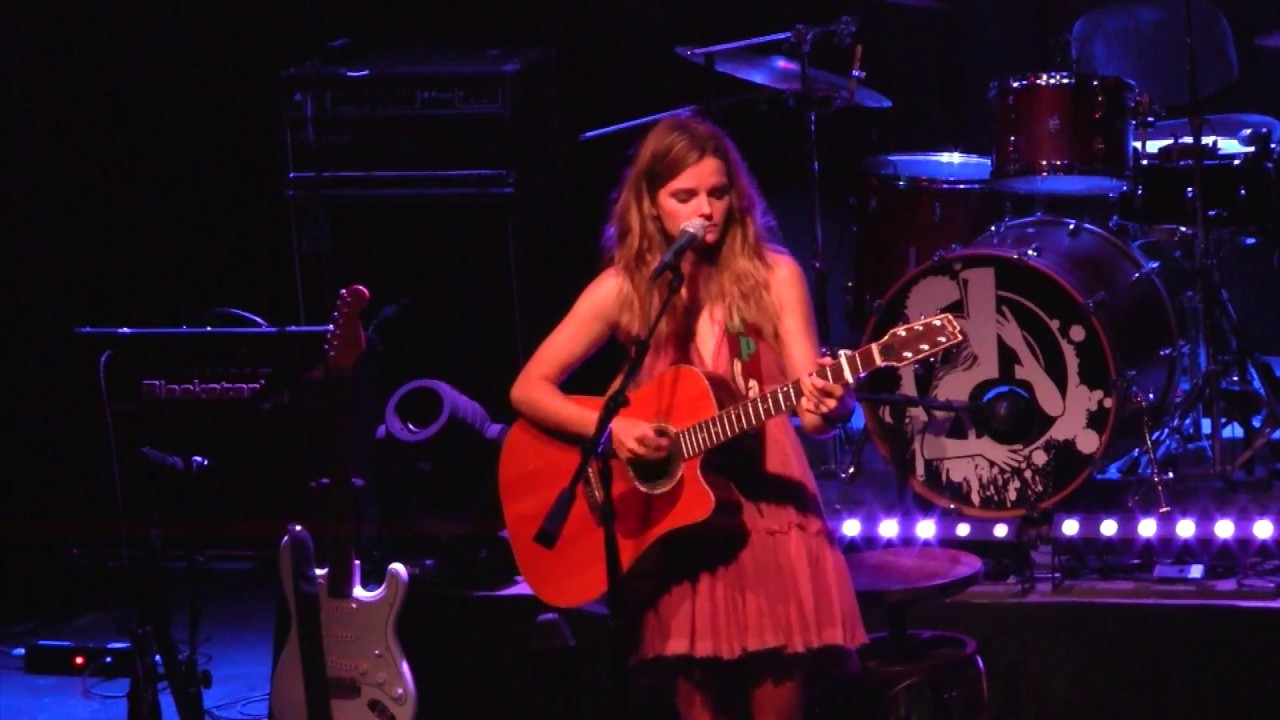 It Was A Sin

Back To My Roots
Jordyn Pepper 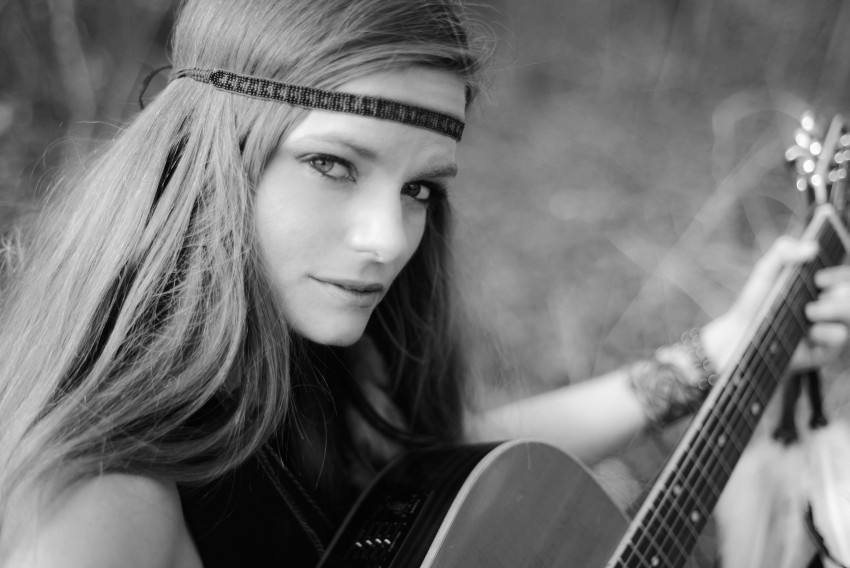 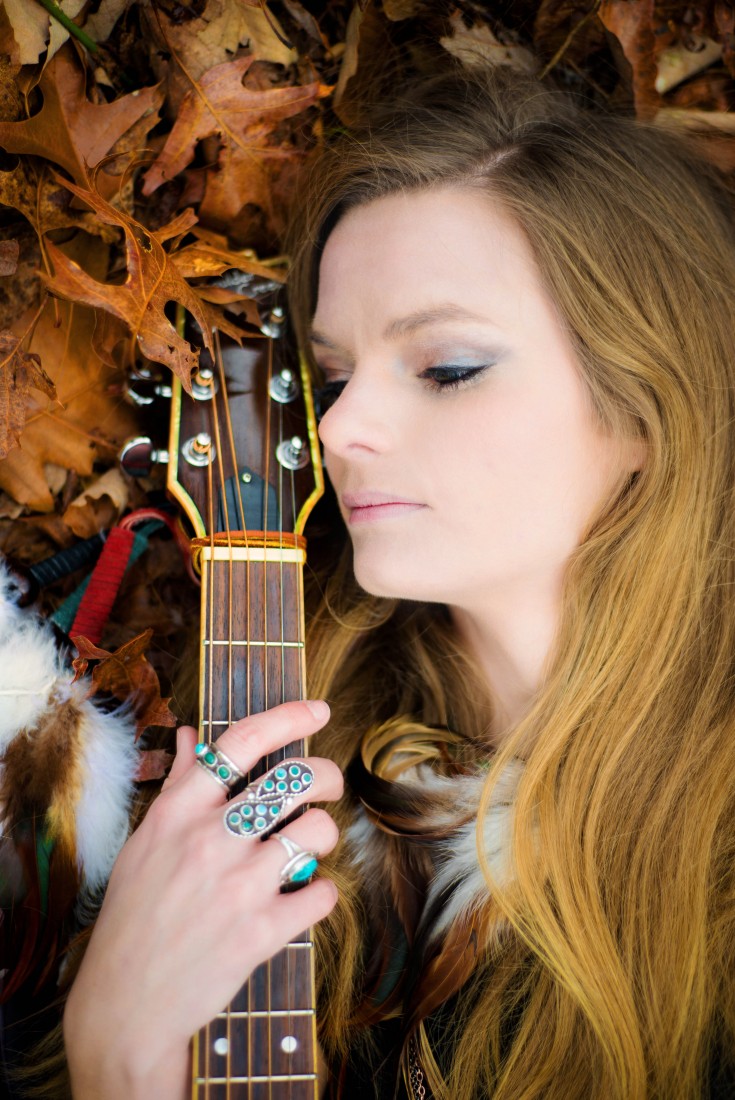 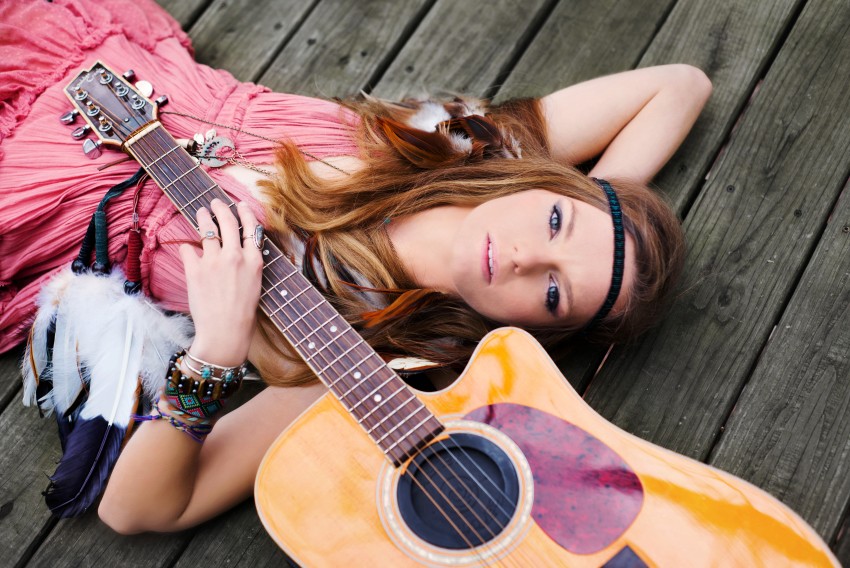 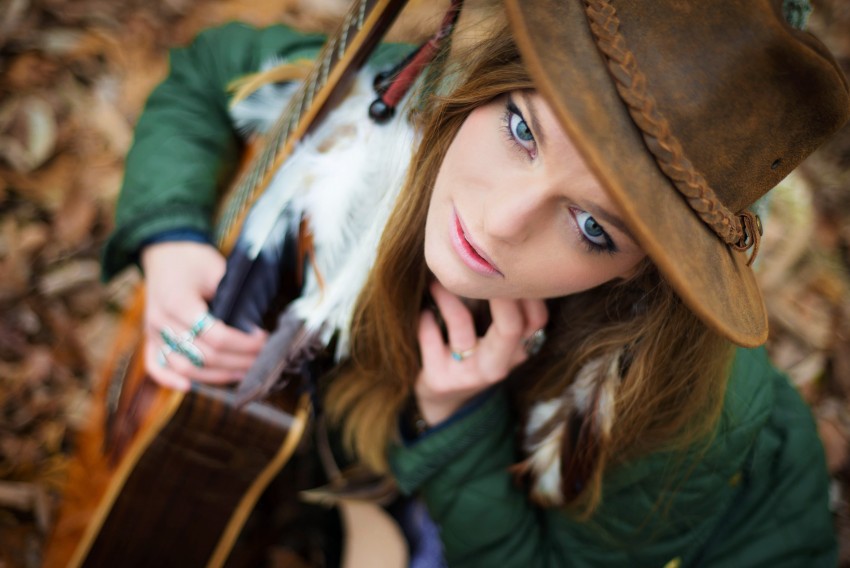 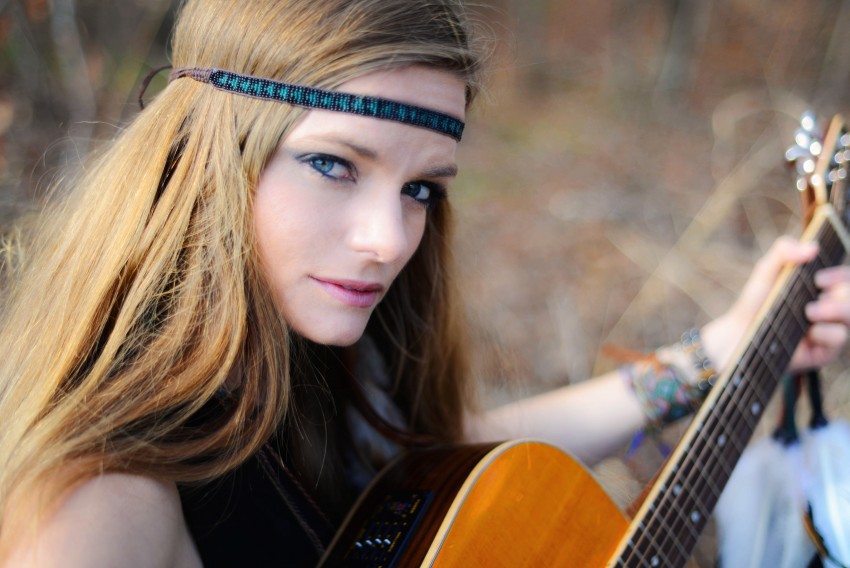 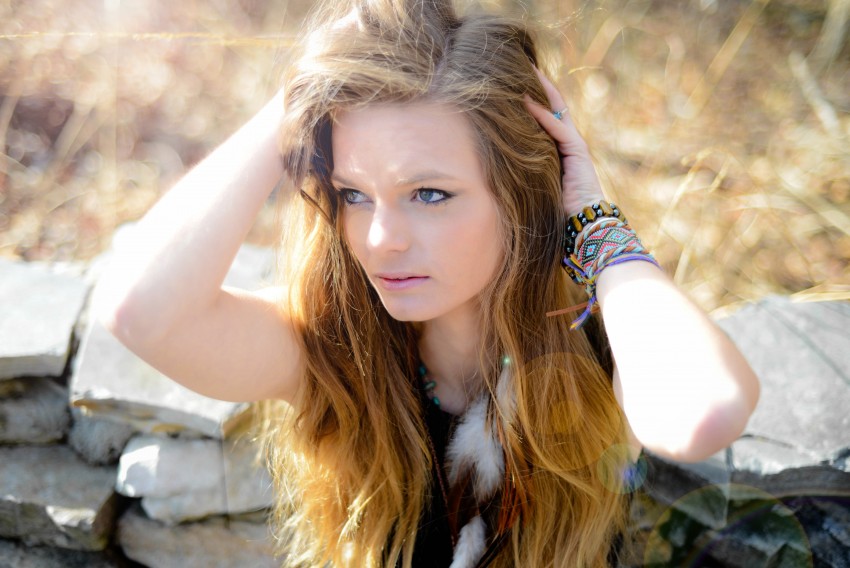 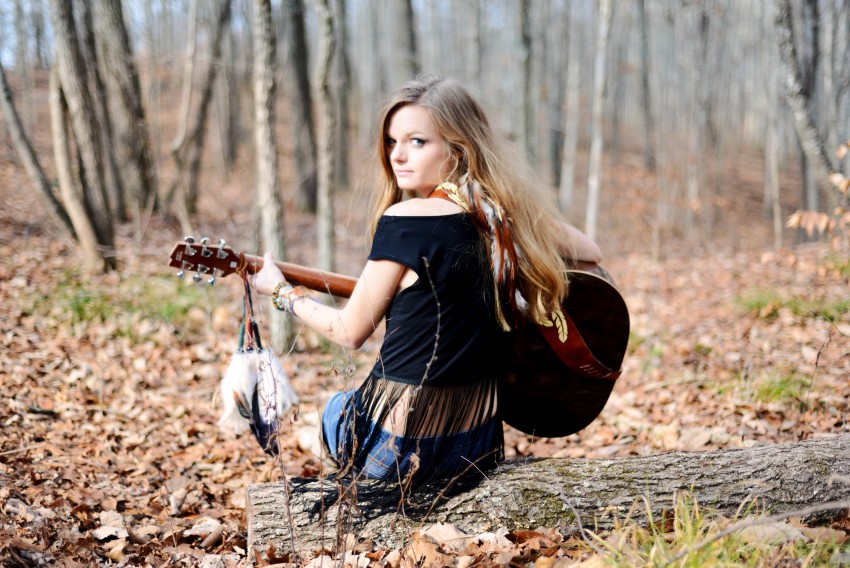 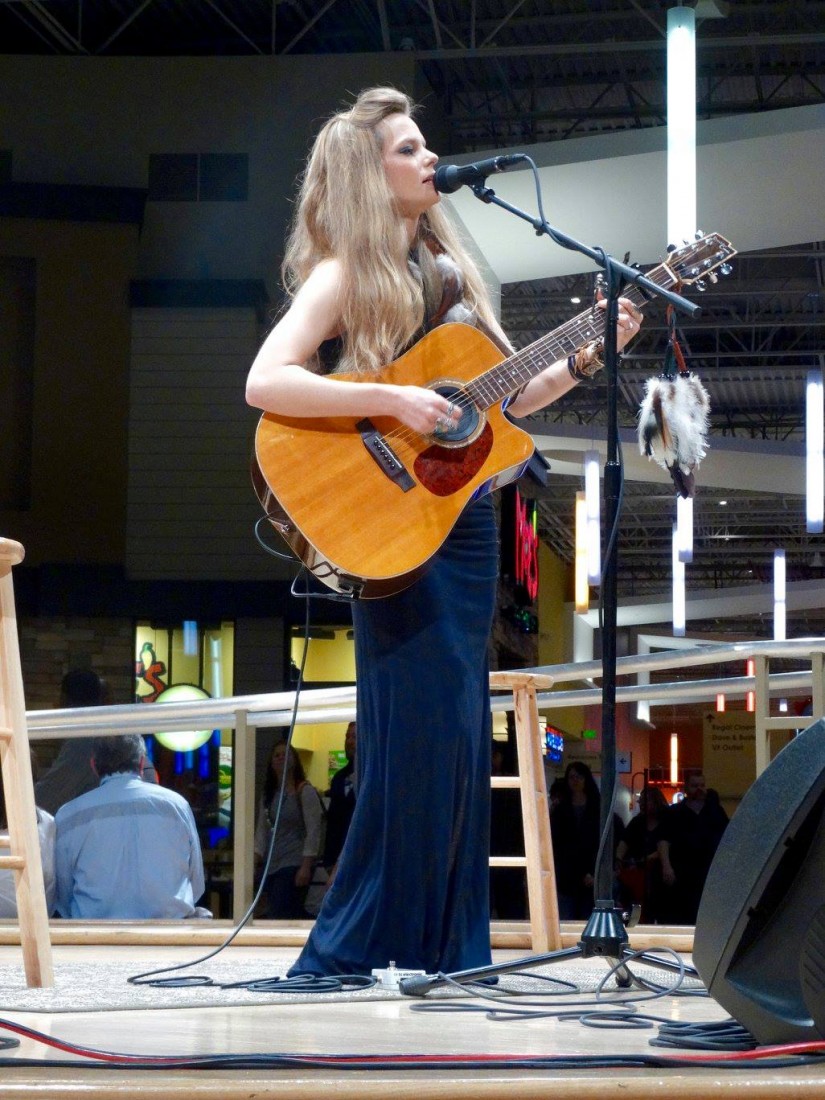 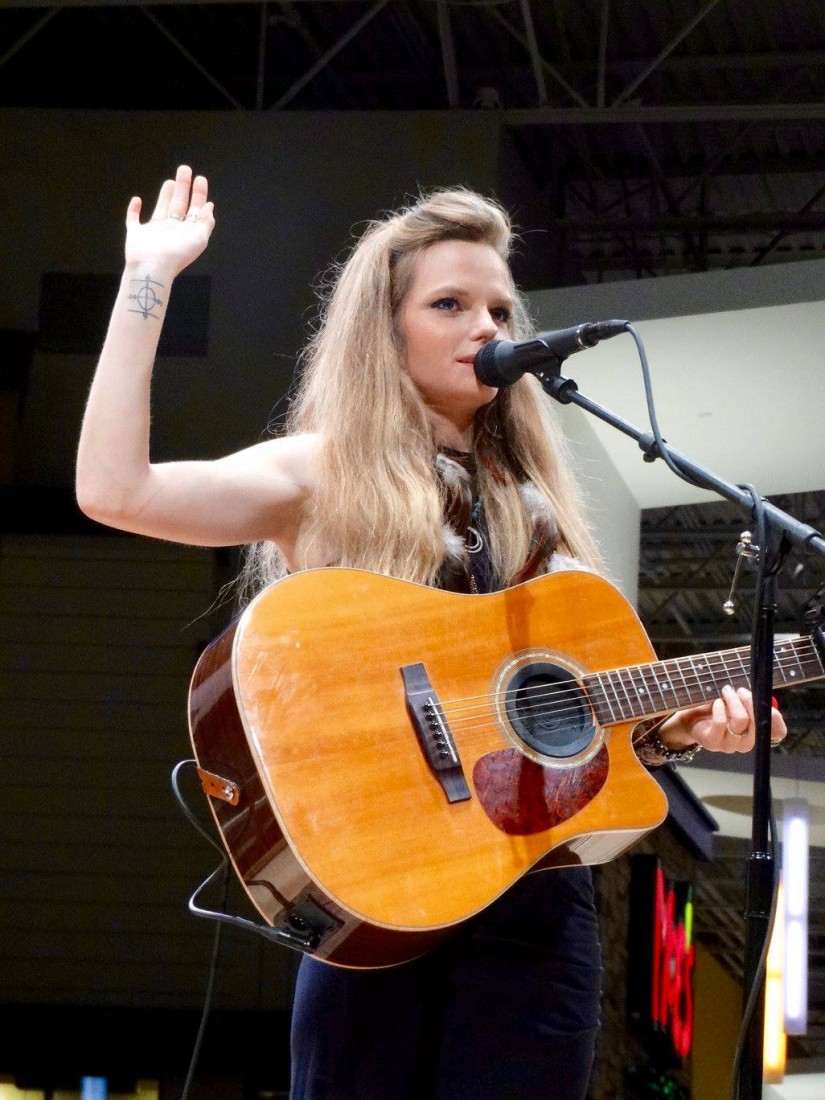 Nashville based award winning Americana, Singer/Songwriter Jordyn Pepper described by many as a breath of fresh air. She was recently signed to Howlin' Dog Record. Jordyn is know for captivating her audience with her original songs that have been described as hauntingly beautiful. She also likes to mix in some of her favorite artists to cover like, Fleetwood Mac, Emmylou Harris, Brandi Carlile, James Taylor and the list goes on. She really loves to play hits from the 60's and 70's as well.

Keep Jordyn on your radar -- she is bound to keep rising among the ranks of young Americana artists. Her songs envelop you with great stories and catchy hooks...a do not miss!

Jordyn Pepper is an old soul in a young body. She appeals to audiences of all ages and has a natural ability to draw people in. We love her at The Listening Room in Covington, GA.

If she is playing a small intimate house show or performing to thousands at a festival, whatever the event she is know for captivating her audience. She is a storyteller and her song selections, which include originals as well as covers are a testament to her love of a great story. You will hear some favorite hits of the 60's and 70's era, as well as some of her favorite artist of today. Brandi Carlile, John Butler Trio, The Revivalists are just a few, and the list goes on and on.

She can provide an all original set if needed or do a mixture of originals and covers. If playing multiple sets she will play for 45 to 50 mins and take a 10 min break. However if the venue permits she has been know to play for two hours straight because the vibe of the crowd is so strong. She is a true entertainer and will tailer her show to your event. She travels with her own sound system if needed. She looks forward to performing at your event!

She is the perfect blend of organic, deep-mountain roots, folk (with a little splash of soft blues), rock and country.  Put it all together and you have the makings of an Americana artist.  Her name is Jordyn Pepper, and she has something to sing about. Recently signed to Howlin’ Dog Records Jordyn just released her freshman album “Mountain Rain.” Her first single "Back to My Roots" was released earlier last year followed by her second single “1862” both from the album.  She also is proud of her official music video for “1862” which can be viewed on Youtube. This Nashville based singer/songwriter is described by many as a breath of fresh air, with crystal-clear vocals and a uniqueness that only says, “That’s Jordyn Pepper.”

"We here at Howlin’ Dog hear shades of Loretta Lynn, Natalie Maines, Stevie Nicks and others in the lineage of great female singers, but most of all we hear Jordyn Pepper, weaving all of these threads into a seamless expression of a young woman venturing out into the world,”
Don Richmond, engineer/producer at Howlin’ Dog, said.

Originally from Monte Vista, Colorado, Jordyn says growing up in a small town on a potato and barley farm with not much music influence was hard for a girl trying to find her voice.

“I would sing as much as I could whether it would be in church, driving the tractors in the fields or even in my room with a hairbrush,”  she said. “I would sing all the time! My mom would always say, ’I hear a diamond in the rough,’ when I was singing.”

In her early years, Jordyn was very influenced by country music, mainly because that was the only radio station in her small town.  Her favorite group back then were the Dixie Chicks; which you can hear a little weave of their influence in some of the music she writes today.  Since moving to Nashville (and just plain growing up), she became more influenced by other groups and singer/songwriters such as Fleetwood Mac, Stevie Nicks, Patty Griffin, John Butler Trio, Led Zeppelin, and Mindy Smith.  You can hear a little of each of these artists — with her own twist on them _— in her songs.  One of the highlights of Jordyn's career was winning two years back to back the 2016 and 2017 Josie Music Awards for Individual Vocalist of the Year for Folk/Americana/Bluegrass.

You will find Jordyn continuing to hit the road this year promoting her new album “Mountain Rain.” She really has a blast meeting new faces and seeing great places. If she is in your area come in and join the fun!  Find out why she plays her shows barefoot.  Join Jordyn's mailing list to find out what's happening and what's in the future for her adventures.  She is your organic, free-spirited, barefoot hippie and her story continues to be written.

What other are saying about Jordyn:
Jordyn Pepper writes and sings music that is hauntingly beautiful. She draws her musical pictures from emotionally compelling, ancient roots of mountain and back woods strains which have always have and always will be part of the American music core. She herself is a beautiful, grounded girl who knows who she is. Creatively gifted, the ‘other side’ of her brain is strong too - her steady, professional work ethic reflects the stable stock of successful, entrepreneurial parents. From my happy observations as her vocal coach, I predict that Jordyn will change the world.
-Judy Rodman, Award Winning Vocal Coach

Jordyn Pepper is truly a breath of fresh Colorado Mountain air. Far removed from the manufactured pop country on the radio today, Jordyn's music is sparse, rich, haunting and hypnotic. This woman sings with conviction and soul. I really love this music.
-Skip Mahaffey, CMA Radio Personality of the year

"I am working with Jordyn for an Artist Development Program and she has been wonderful to work with. She is very talented, and has a delightful personality. I am grateful to have the  opportunity to help her with her studio experience in this program, and have no doubt she will be successful in her career”
-Bob Bullock, World Renowned Recording Engineer

I have been working with Jordyn Pepper as her live performance coach and I have to say, she is one of the most colorful people I have had the pleasure of working with. Her beauty and gentle spirit disguises the adventurer that lies below the surface. Always poised, this girl is full of spunk, and drive. She has an approach that does not include the word "can't", so working with her is quite a compelling experience. She is open, creative and has vision. To be able to do what she does with climbing, snowboarding and the other extreme sports she is drawn to, she has become a master of wise choices that can be made in an instant. Jordyn is the kind of person I'd want on my team. She is committed, she is determined and she is willing to take a calculated risk to get to the top. When you are able to hang by your fingertips on the edge of a cliff, and make clear, solid decisions, you are ready for anything.
-Diane Kimbrough, Live Performance Coach

My influences are Stevie Nicks, Brandi Carlile, John Butler Trio, Emmylou Harris, The Dixie Chicks, and the list goes on. My favorite songs to cover are hits from the 60's and 70's. 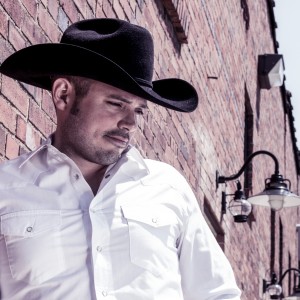 Wesley R. said “Kyle was amazing! Very personable and professional. Provided music for our backyard party and made every guests experience that much better with the great…”

John R. B. said “Actually had to cancel last minute due to death in the family but she was very attentive to all my emails, questions, etc leading up to the event. Pleasure…”