Jim Gilman aka "The Squeezinator" 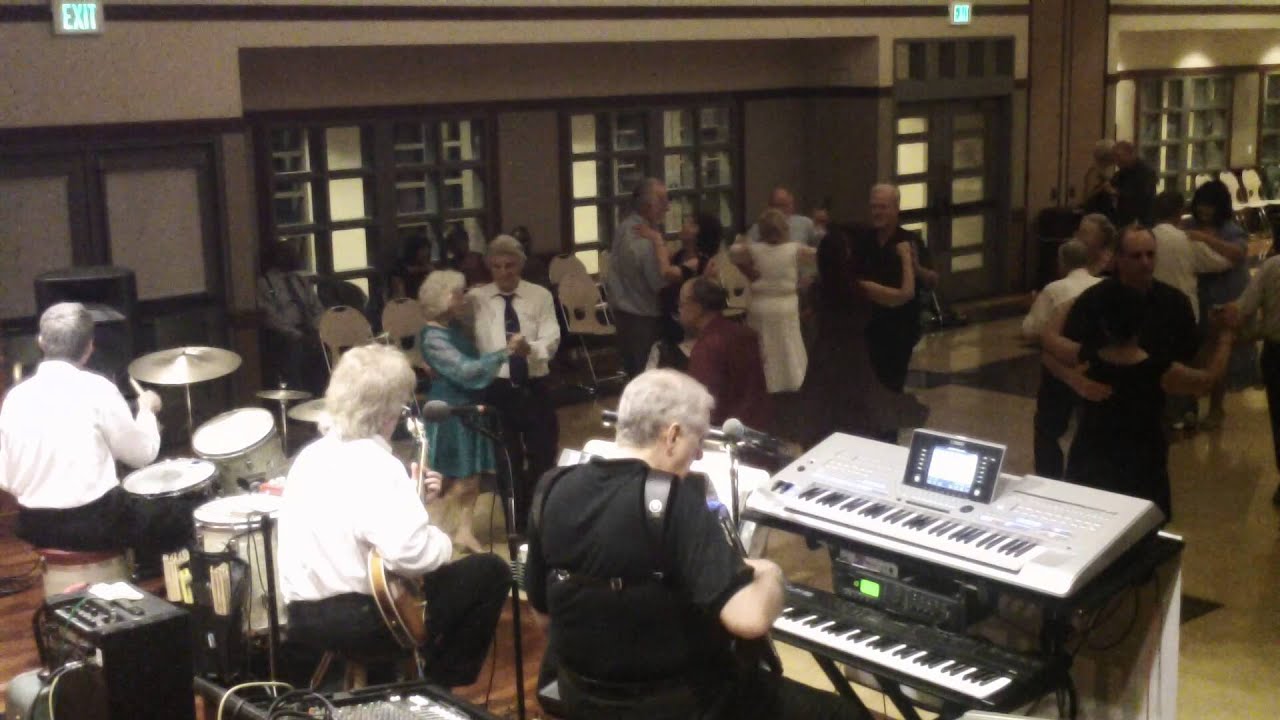 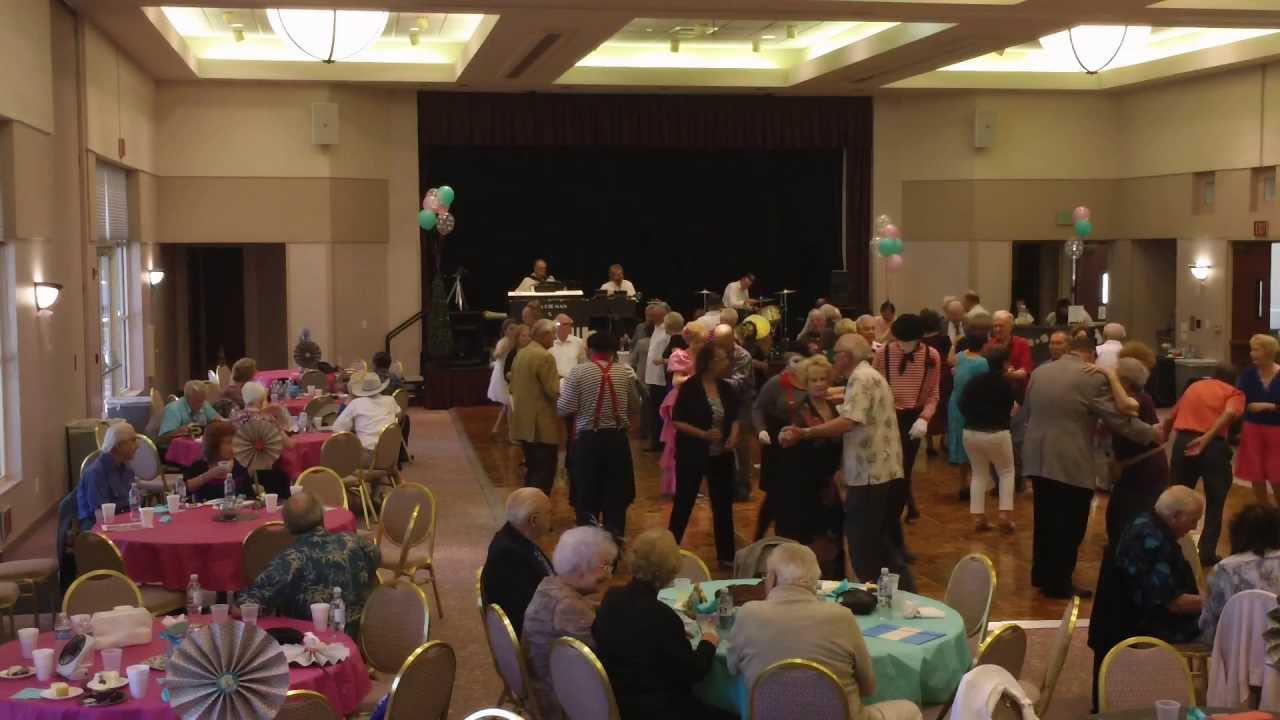 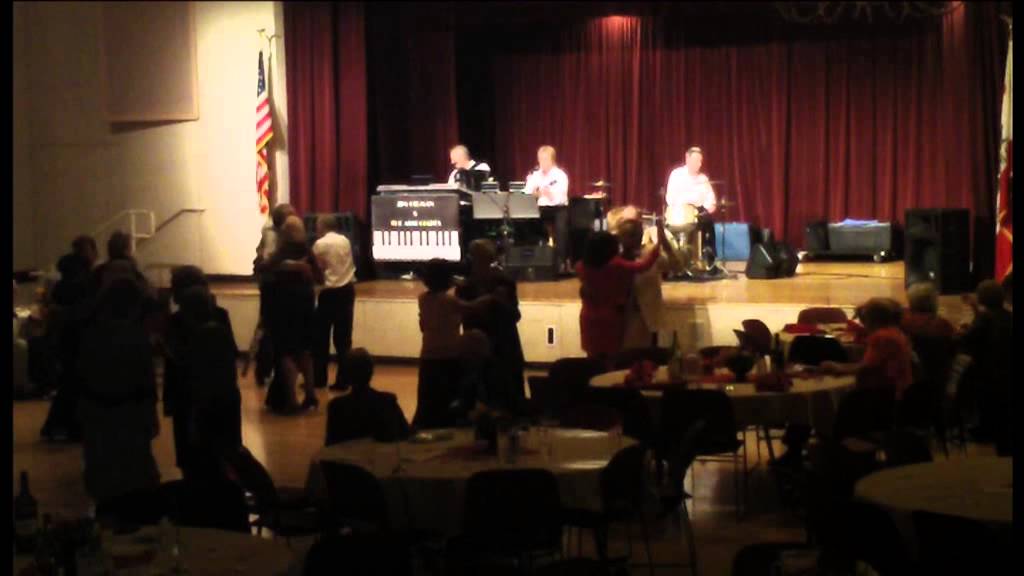 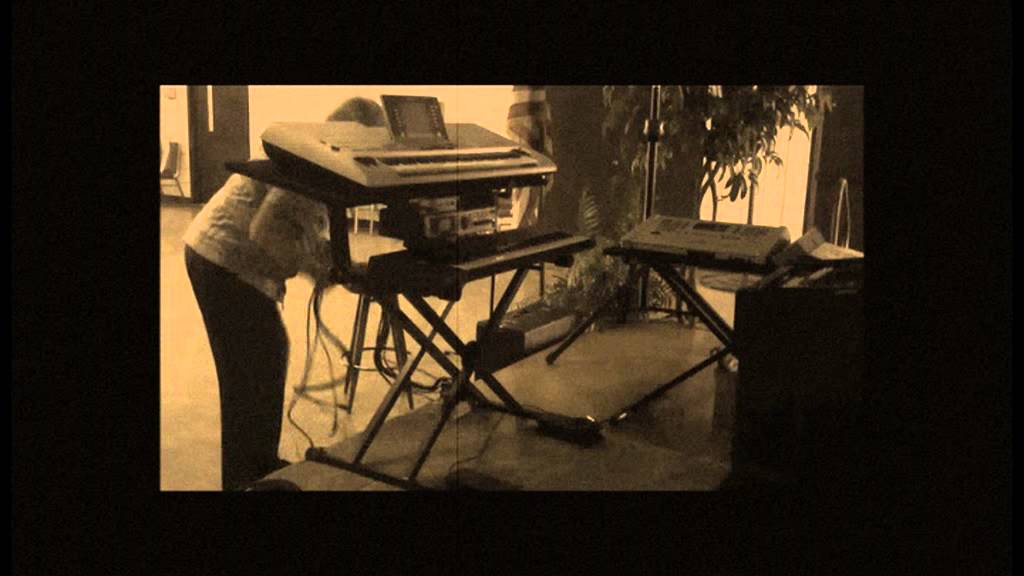 "Setting up for a performance" 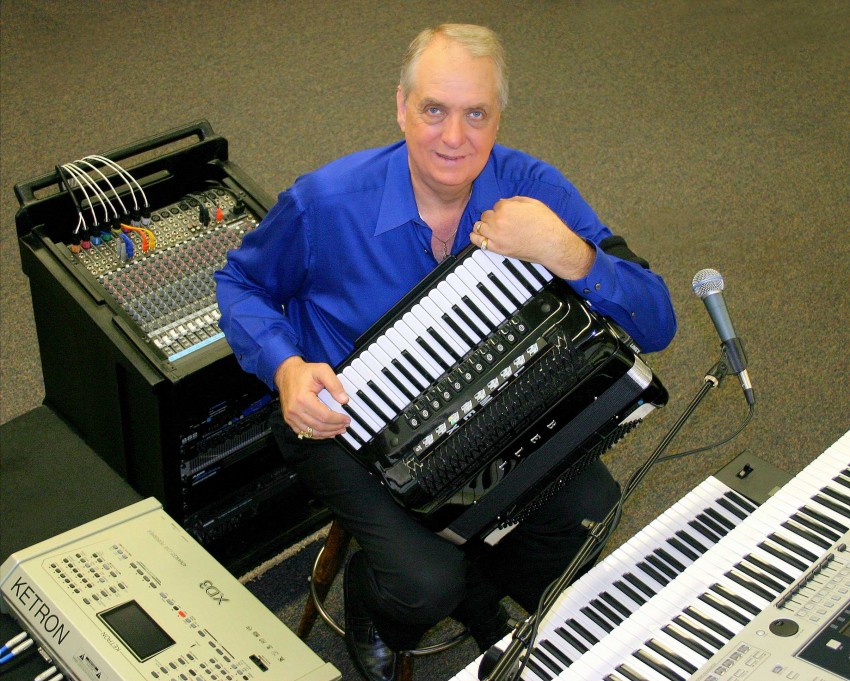 With my full set up 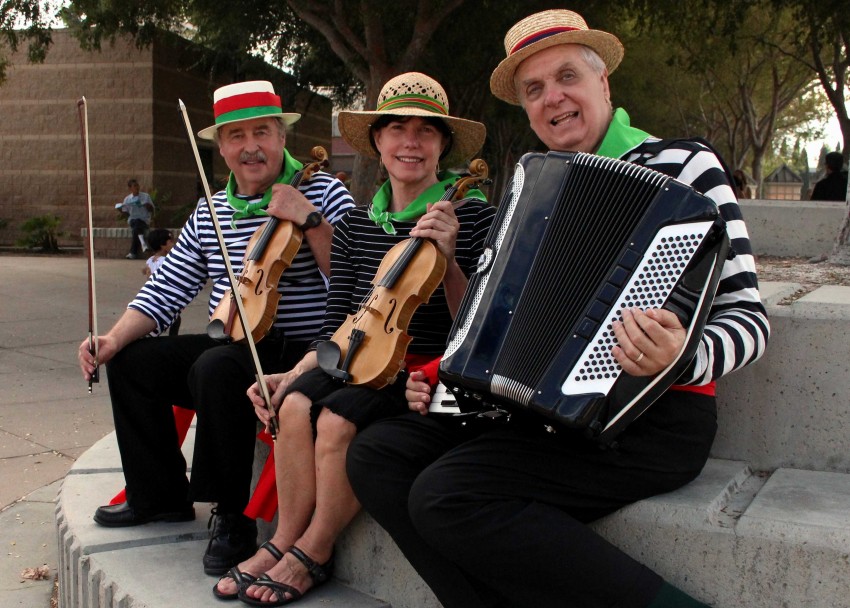 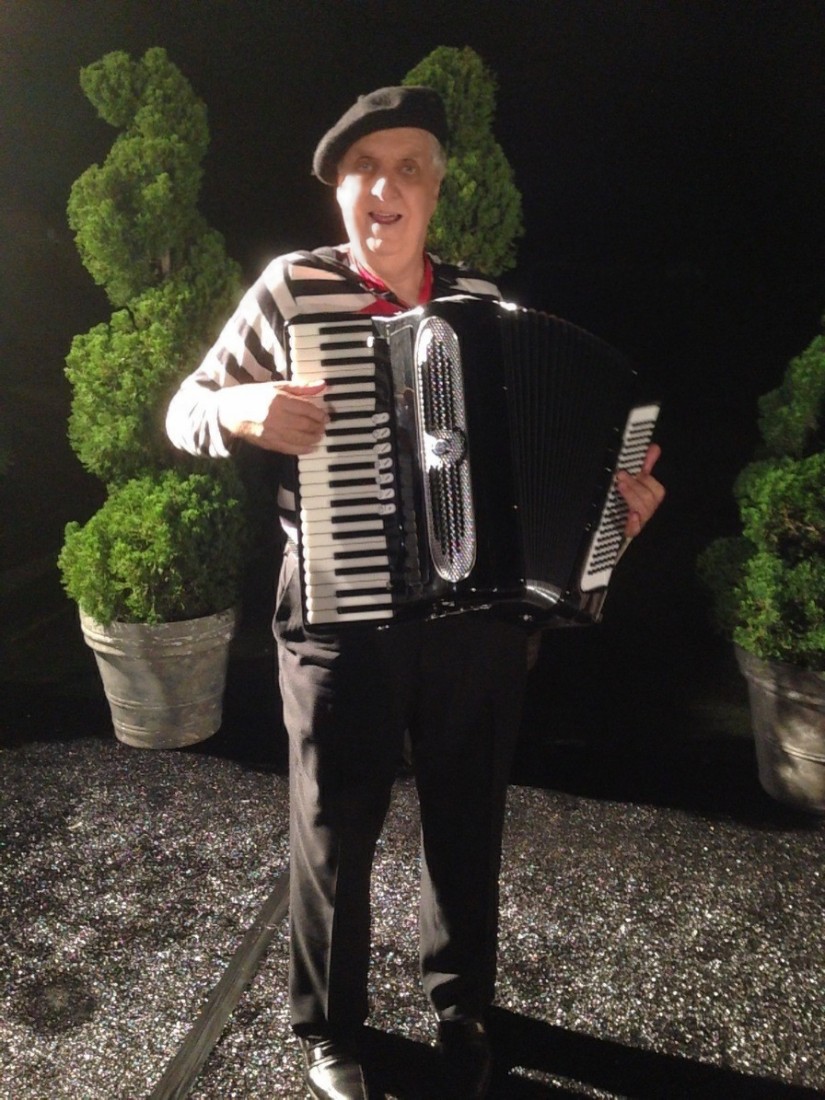 Strolling in my french beret for a Parisian theme 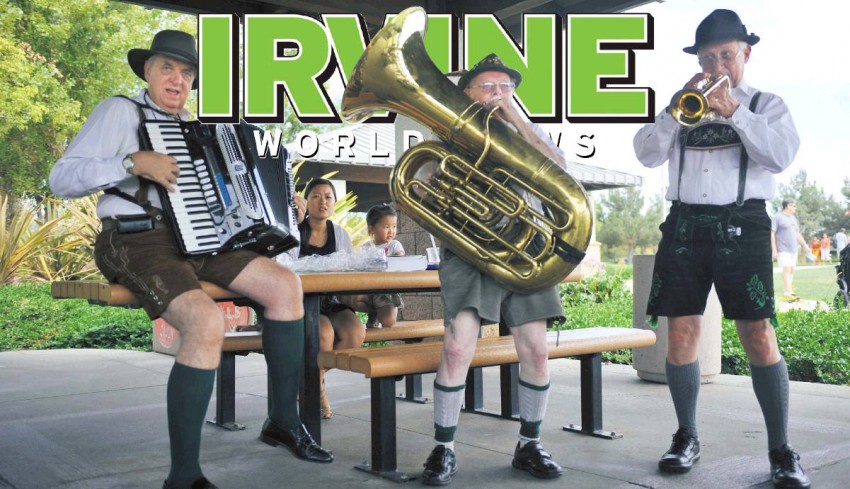 On the cover of the Irvine World News 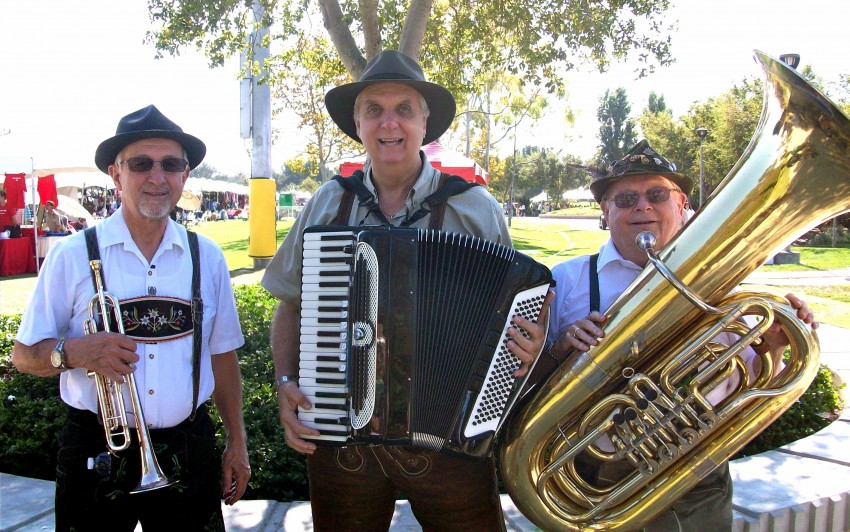 A tuba, a trumpet and a pair of lederhosen - all you need for Oktoberfest 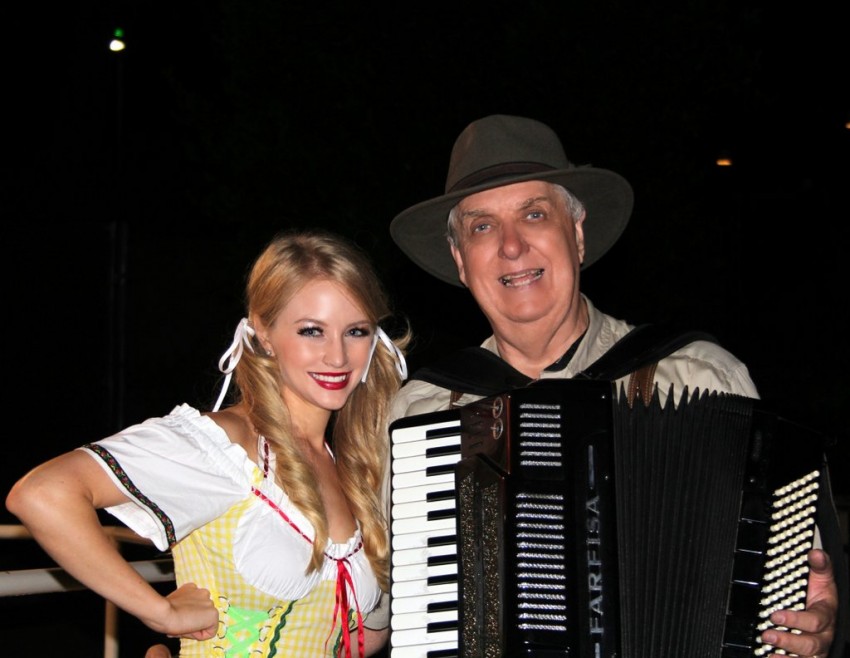 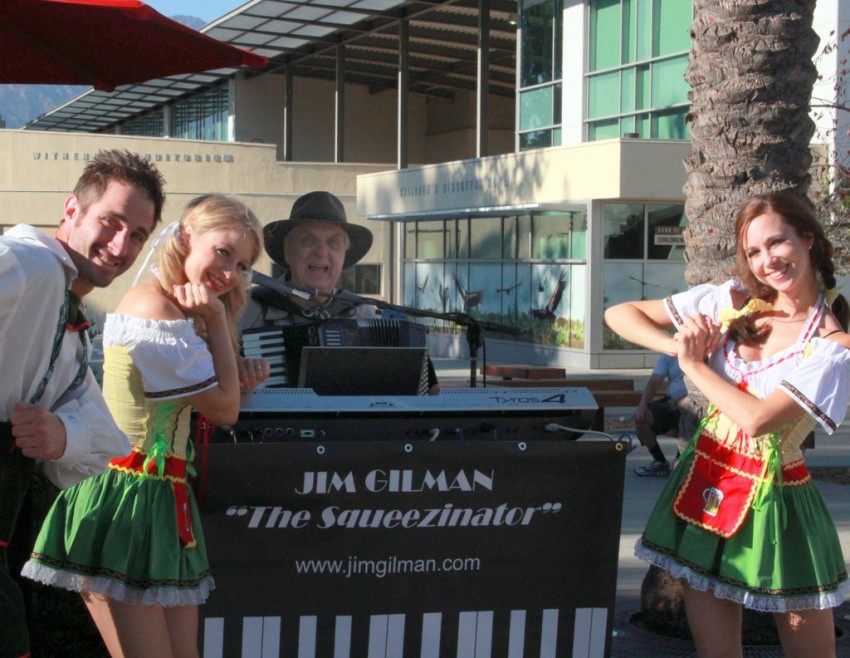 At the L.A. Zoo music draws a crowd every time 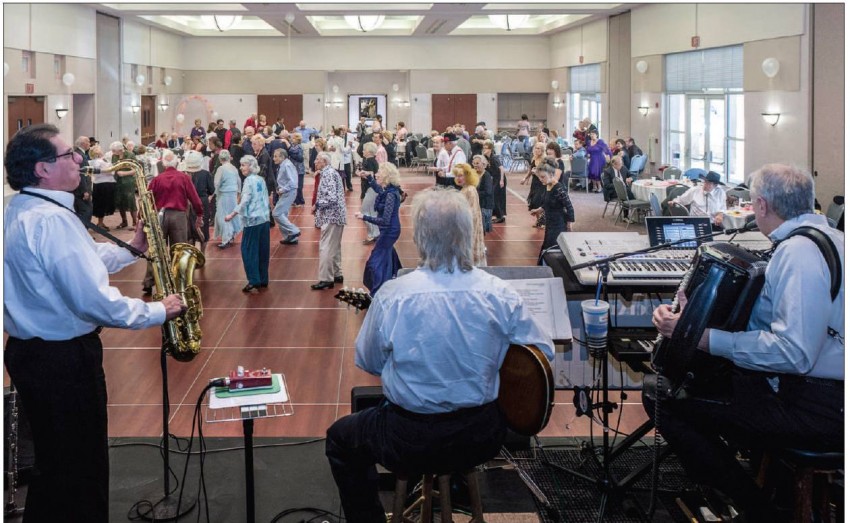 People love to dance to our music 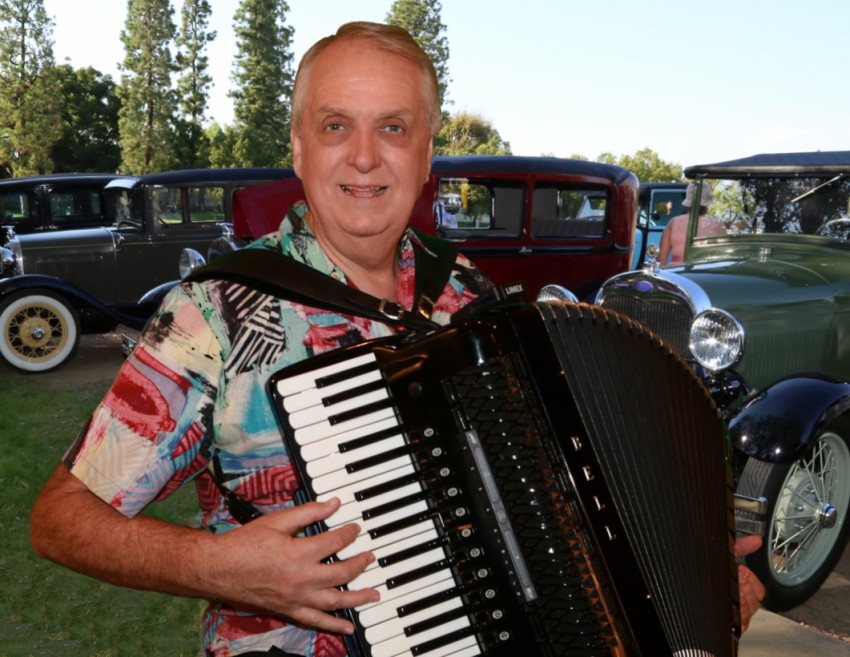 My third year playing for the Whittier Model A Club 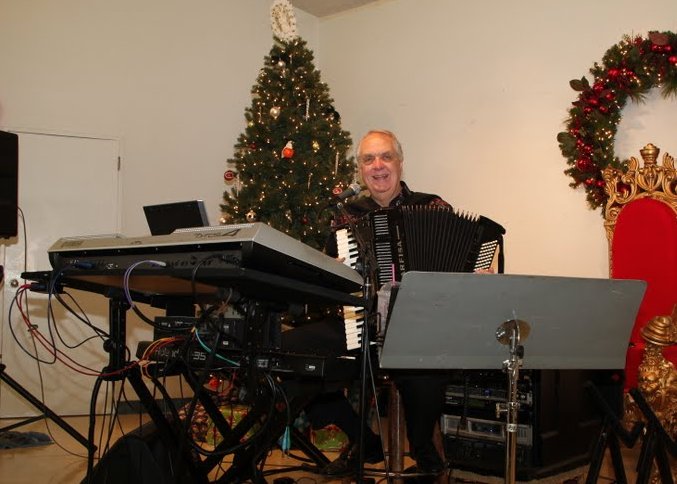 Christmas at the Artesia Sr. Center 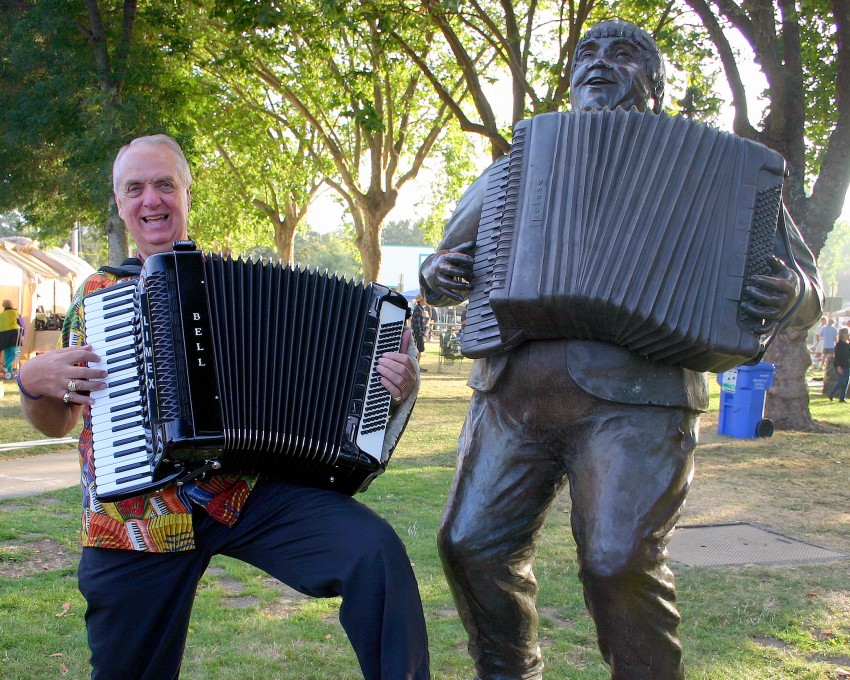 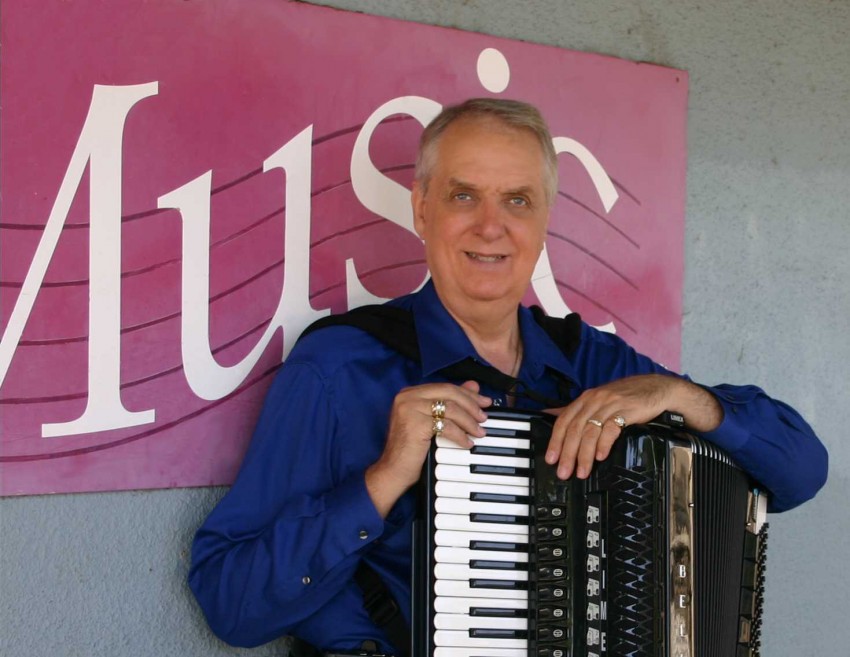 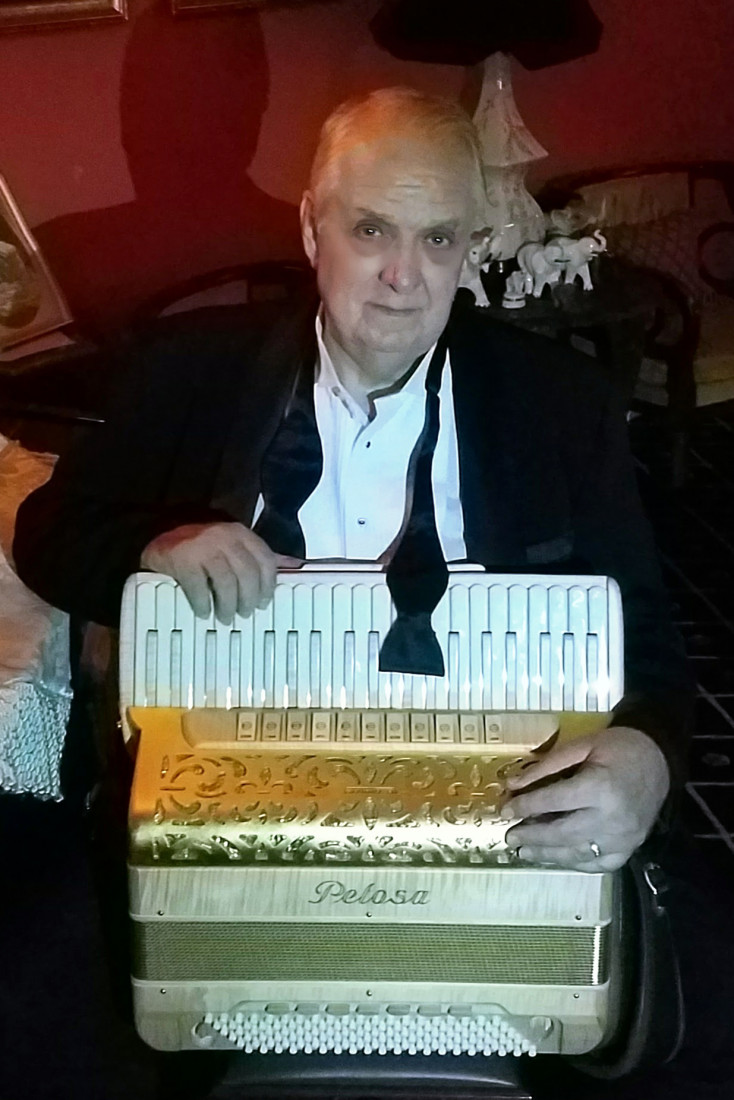 My new accordion with the 24kt gold grill

I use an accordion to access, via MIDI connections, a multi-variety of electronic modules/keyboards. They provide a full orchestration behind my performance. I specialize in smooth dance music (swing, foxtrot, waltzes, rumbas, polkas, etc.) but I can also do light rock, line dances, and country western and just plain easy listening. I can scale my performance from a small living room with just an acoustic accordion up to larger venues with over $70,000 of equipment, including the P.A. - I'm completely self-contained. I've been a musician/vocalist for over 40 years and have played cruise ships, corporate events, Oktoberfests, country clubs, and anniversaries. You'll love my sound.

Jim delighted guests in his Leiderhosen and Gold Accordian. He played all German favorites, Big Band favorites, and let us all sing along too! We danced the chicken dance and happy birthday. Professional, on time, well prepared, best part of the Party!

Response from Jim Gilman aka "The Squeezinator":

Thank you so much for your kind words. I had as much fun as everybody there. Looking forward to Frank's 100th.

We asked "The Squeezinator" to come out and perform for our Church's 31st Anniversary "Octoberfest" this past Sunday. He was GREAT! We would definitely recommend him for ANY gathering or event. He played multiple instruments and kept our crowd of around 200 people entertained for the agreed on time. We will keep him in mind for future events for sure! Everybody loved what your musicianship and style! Thanks again Jim! Keep squeezin'...

Response from Jim Gilman aka "The Squeezinator":

Thank you so much for your review. I enjoyed playing for your congregation and would love to do a return gig any time.

The following was an article written about me in Coast Magazine:

Listening to Yorba Linda local Jim Gilman tell stories about his 53-year-long relationship with the accordion is something akin to curling
up with a book written by a favorite author: The tales, despite the fact that you’ve never heard them before, are nonetheless the slightest bit
familiar. They’re also funny, and definitely quirky. There’s “Wedding on a Plane,” the story about a radio contest that found Gilman speeding to the nearest East L.A. freeway exit to audition over a gas station pay phone, only to lose out at the last minute to Myron Floren of “Lawrence Welk Show” fame. Years later, Gilman met Floren in Las Vegas, where he joked with him about “stealing” the contest. Then there’s “My First Professional Gig,” the one where Gilman’s father spotted an ad in a Long Beach newspaper in 1969 looking for an accordion player to replace an aging street performer at Knott’s Berry Farm. “Wanted: Accordion Player,” recalls Gilman. “Hadn’t seen an ad like that before, haven’t seen one since.” If it was serendipity that called to Gilman to continue his practice of the accordion, he’s taken full advantage of it. That first job at Knott’s Berry Farm, at 40 hours a week while wearing a monk’s robe (“That first day nearly killed me,” says
Gilman, “because, you know, that accordion was heavy”) was challenging, especially for a kid also trying to graduate from Cal State Long Beach. But if you ask Gilman, he’ll tell you he had hit the big time at $1.85 an hour, “plus the fact that I was in show biz,” he says enthusiastically. That first full-time job led to an investment in a new electric accordion and the opportunity to walk on with bands that
needed an extra player at the last minute (“One of the best lessons I’ve ever had,” says Gilman), and finally to a bulletin board looking for band members. “So we found ourselves a drummer, rehearsed for a week and auditioned for an agent,” he says. “He told us we open in Wisconsin in three weeks.” The band, "Free and Easy", traveled the country for years, eventually dissolving when family obligations of the various members became a priority, and Gilman went solo, relying on his Musical Instrument Digital Interface (MIDI)-equipped accordion to create the illusion of an entire band with only one man at the helm. “Technology has come a long way since my first $77 accordion,” says Gilman. “Now, all of a sudden, with MIDI, you have a full orchestra.”

If I'm setting up my usual rig, I need approximately an area 10 foot by 15 foot to accommodate my equipment. If just playing acoustic accordion, obviously much smaller - maybe just a stool.

I arrive in an Isuzu box truck with a lift gate. Because all my equipment is on carts, I need to know if there will be stairs, curbs, etc. to negotiate.

I allow myself about an hour and a half to set up my equipment (not counting the time required to get 4 carts of equipment from the truck to the stage). Ballrooms on upper stories of hotels obviously require more time on my part for cartage. Please let me know if this is the case.