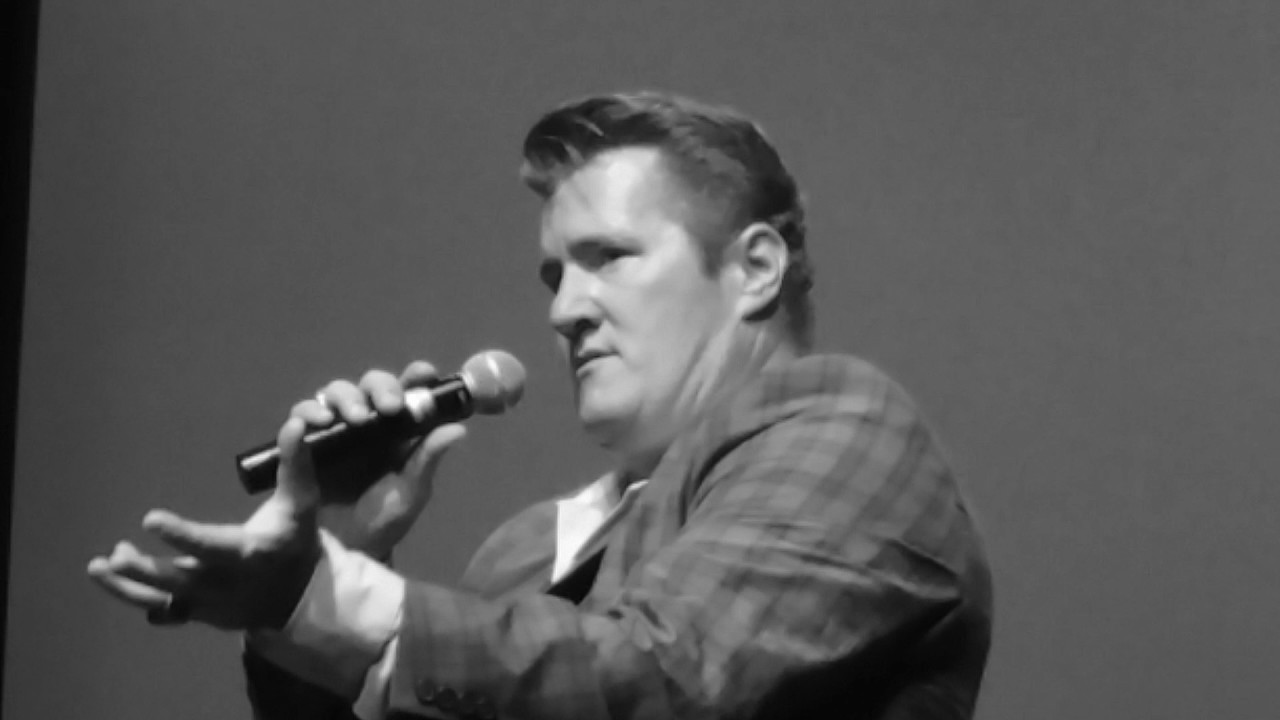 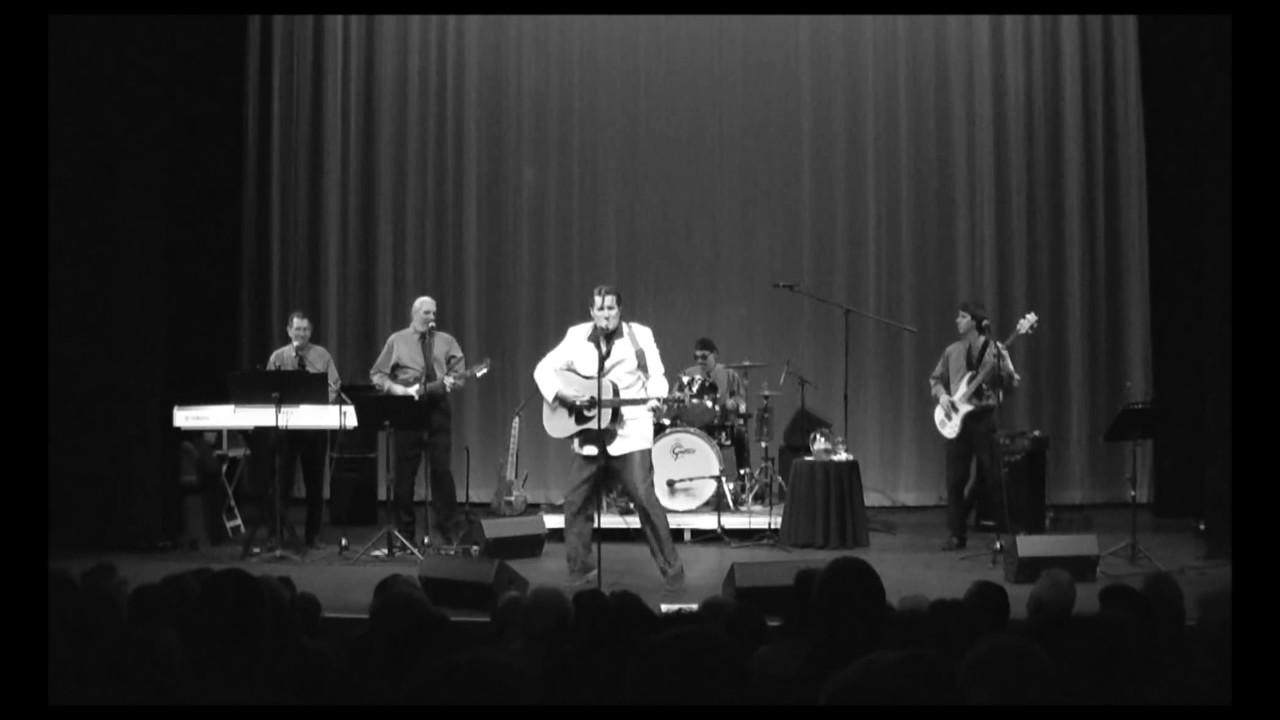 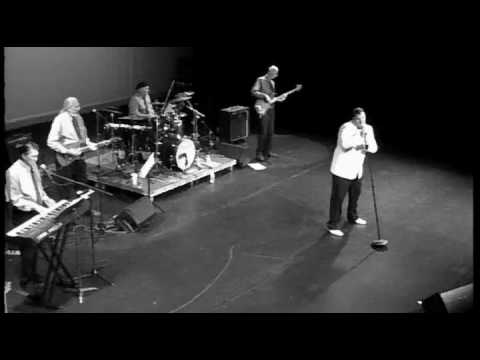 I Forgot To Remember To Forget
Jim Anderson 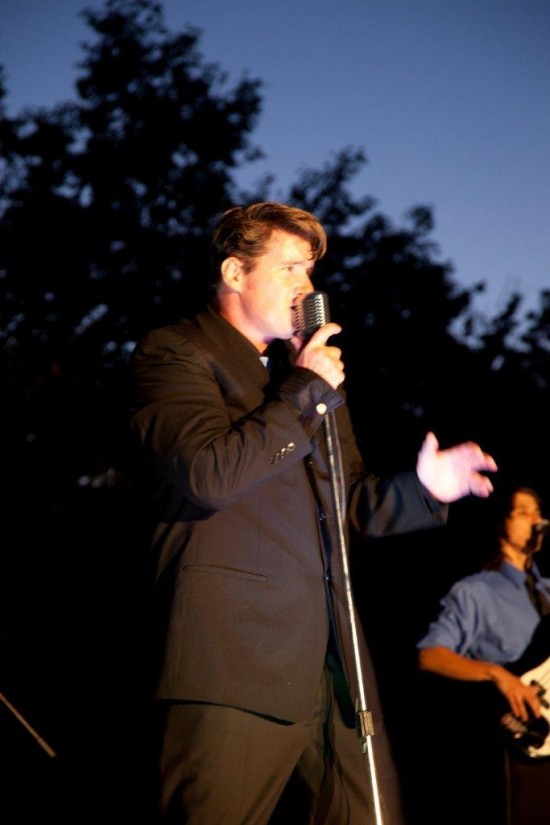 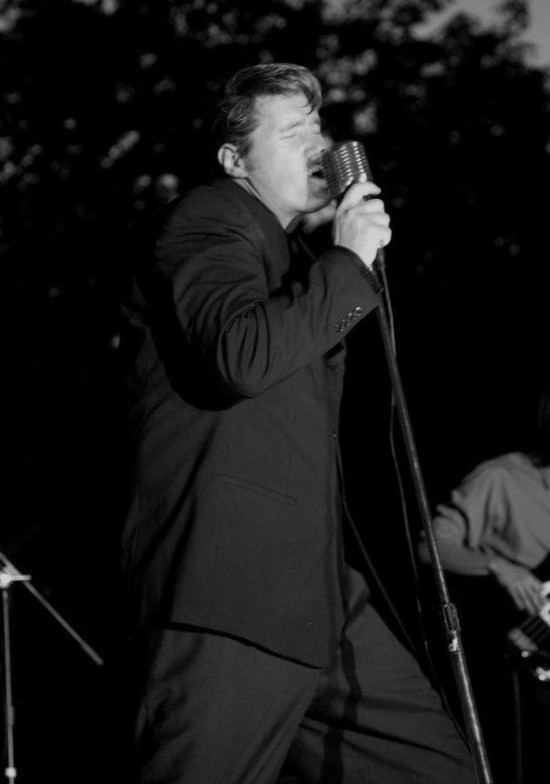 Loving All of You 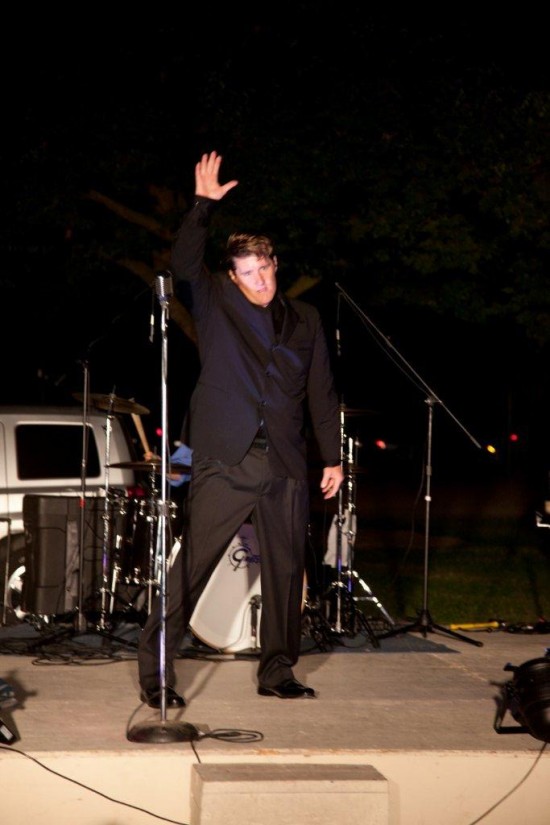 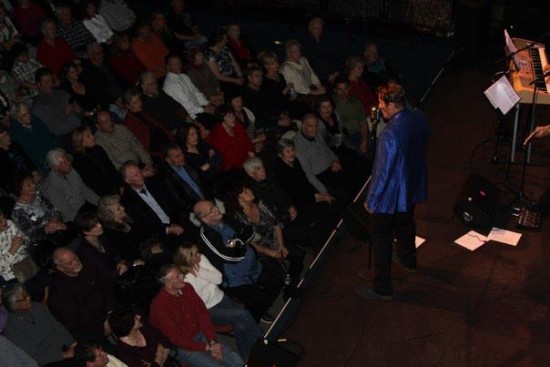 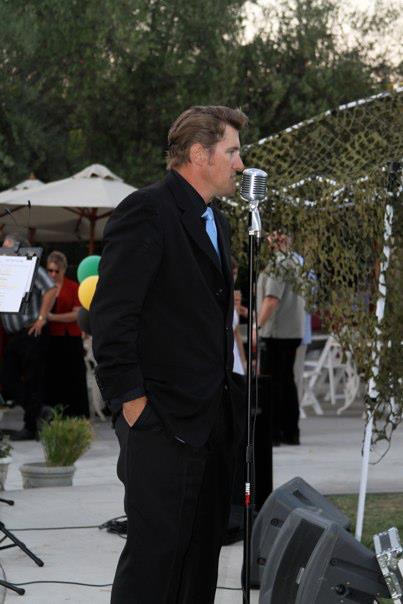 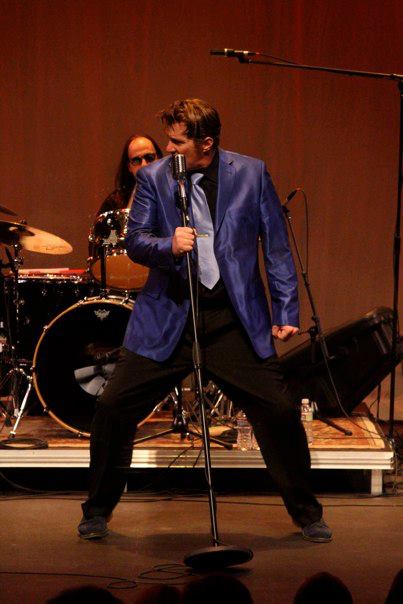 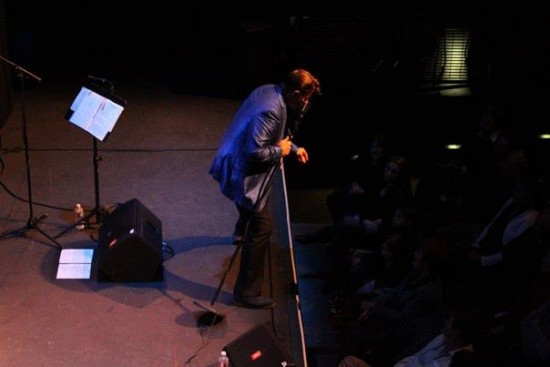 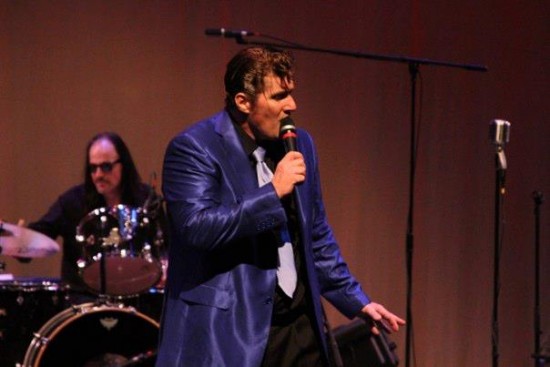 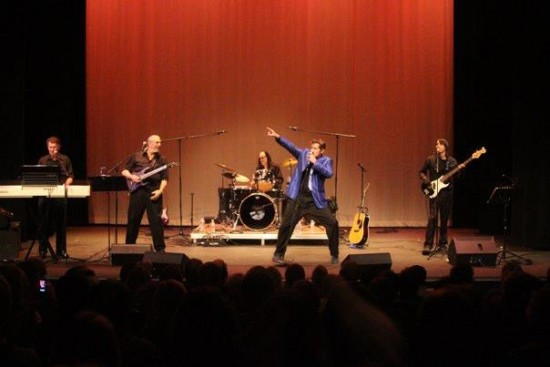 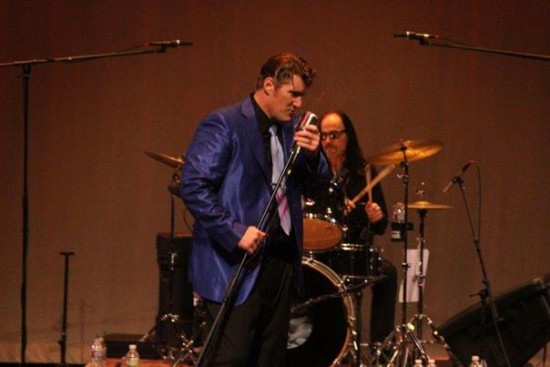 Jim Anderson & the Rebels are performing everywhere with the Highly Successful "Authentic Elvis Experience". This is not a typical Elvis Impersonator Show, but an authentic tribute to the music of Elvis Presley. They have traveled many states performing what is touted by Lifelong Elvis Fans as, "The Most Authentic Tribute to Elvis Presley and His Music to Date!" He has opened for great acts such as: The Coasters, Platters, Del Vikings, Isley Brothers, Marvalettes, Doug Kershaw, and Zydaco Flames. This is not a typical "Jumpsuit Elvis Impersonation Show". Now a retired sheriff, Jim is tearing up the stage and screen. He is now a Screen Actors Guild Actor with many roles under his belt.

These guys are amazing, talented and great performers. We were just in Porterville for our friends anniversary and these guys performed. Let me just say everyone there approx 140 guest were smiling, laughing and totally enjoying the show. My hubby and I danced along w a few others. It was just not a tribute to Elvis but a marvouls night. The band was pleasant to talk to. Total interaction w the guest. Thank you for the enjoyable night.

Response from Jim Anderson & The Rebels:

Thank you so much for the kind words. We had an amazing time and truly appreciate your kindness.

We saw Jim Anderson and The Rebels in January, 2012 in Pleasanton, CA at the Firehouse Arts Center.

We were delighted to two hours of early Elvis Presley music, very well presented, tasteful, and high-energy. There was a minimum amount of biographical background minutia, mostly just music. The band consisted of two guitars, a drummer, and keyboard who really complemented Jim with light-hearted humor with a great stage presence. Jim was authentic to early Elvis, no sequinned jumpsuit. The volume was suitable for us, unlike some of the rock concerts I've had to endure.

Jim really interacted with the audience. He made several trips out into the orchestra seats, and even a trip to the balcony seats to smooze with the audience which was primarily in their 50's and 60's and decidedly skewed to being female. At 64, these were my peoples.

Jim Anderson and The Rebels were a great value, put on a great show, and I'd certainly see them again if they came to my area again. They played their hearts out for us, and in return had my wife's and my own!

We can travel anywhere in the world. Thats right...anywhere!! We are retired and ready to rock you out of your seat and to your feet. We love bringing the excitement and screaming of the good old days of concerts. A whole lotta shakin'...gyratin' hip swivelin' good times. Good old fashion great times. We have a polished show that is truly for all ages. We have played in front of thousands and have yet to ever have a complaint. We are ethical, hardworking, and strive to make everyone smile and have a great time during our shows. This should bring back memories for those who saw Elvis in the 50's and for those who didnt, it will hopefully give you a close second in experience. If you are an Elvis fan I believe you will truly enjoy our tribute and if you are not, I think you will enjoy the show anyways. Take Care...PEACE!! We

My name is Jim Anderson. I am a 43 year old medically retired Deputy Sheriff, who was injured in the line of duty. I am writing to you to inform you that I have re-entered the music field singing EARLY Elvis Music. I am performing an Early Elvis Presley Tribute, though I am one year older than he was when he passed (YIKES!). Please understand that I do not dress up in a jumpsuit, sideburns, black wig, jewelry, etc. I sing the early 1954-1964 style of music. I hope this is not an unorthodox letter, but in my 19 years in Law Enforcement I have learned that there is nothing better than be up front and truthful.

I started singing when I was about 16 years old. It always was and always will be my first passion in life. I was coaxed into singing at a variety show when I was in high school and then was later told that I sounded a bit like Elvis and wiggled the same. I began singing and eventually became pretty popular as an amateur singer. I was able to open up for some big name acts such as the Coasters, Platters, Del Vikings, Isley Brothers, Marvalettes, Doug Kershaw, and Zydaco Flames. It was to say the least awesome. I met my wife and then stepped off the stage to pursue my 2nd passion, Law Enforcement.

I was injured catching a homicide suspect and went through several surgeries. I was forced to retire and then somehow found my way back on stage this year. I started entertaining again a few months ago and surprisingly enough it has become very popular. I perform an Early Elvis Tribute Show. It is kinda Ironic that I am one year older than Elvis when he passed away and yet I am pursuing his Early Years of Music. I cannot help it I guess, it brings out a passion in me that is unparalleled.

I also started acting in film & TV this year and I am now eligible for my SAG card... That was pretty interesting being part of the shows that I acted in. It was a bit easy I have to admit, because the parts I was hired to play were COPS. No matter what my first passion is singing and I don't think there is a close second.

I have been booking shows this year and they have continually been successful. We have never had a complaint, nor have we ever had a bad show. I am very confident in the band and myself as far as our ethics, timeliness, and entertainment. I have a four piece band behind me and they also do three part harmony. I put a couple of the videos up on Youtube, as well, we have a website and FB account.

I truly would love the opportunity to prove my worth to you. I am going to start recording some Country-Boogie Woogie-Rockabilly type of music soon and would love to make that a bigger part of my show…that takes time….so I am working on it.

Enough of the chatter.... We can travel since we are retired and we have very strong work ethics. I wasn't quite sure if you wanted an act like ours so I figured I would give it a shot. I appreciate your time in even reading this letter.

Below are some our sites for your review. I guess that about wraps it up...thanks for the eyes and ears with this message...

We have drums, bass, guitar, and keyboard. All of these instruments are the top of the line instruments for backline gear. Each of these gentlemen has their own monitor in front or to the side of them. Three of the four are also part of a 3 part back-up harmony so they require microphones as such. I am the lead singer and play a non mic'd acoustic at times. I use two to four monitors at the front of the stage. I use the old style Shure SM55 II microphone, that looks like the old square box style with the new gear inside. I also require a wireless microphone because I interact with the audience when I leave the stage at times. We require the following: Lead mic. on straight stand, wireless mic., three boom stands with back up microphones, full drum kit mics for bigger venues, bass-guitar-keyboards mic'd. Monitors in front of stage atleast two & all four of the instrumentalists have a monitor near them. thanks u bunch!!!

Of course Elvis music. I alos love a particular style of sound that I describe as Country-Boogie Woogie-Rockabilly. Kinda an Early Elvis Style of music in a fuller sound of todays instruments. The same kick and excitement! 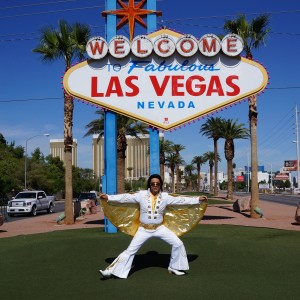 Rebecca R. said “Working with Shawn for the event was great. He provided timely communication and came early for the event. He drove all the way from Union City in horrible,…” 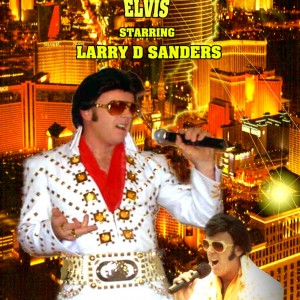 David I. said “Everyone was super-impressed and Elvis was back in the house🙂 Thanks again!!!”

Kathryn S. said “Thank you for pulling our even together with your final touch. We were all pleased to have you in the travel house.”