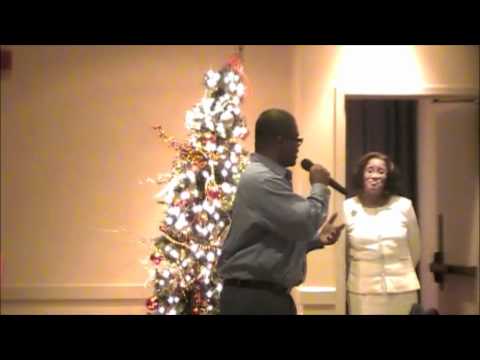 Greetings! Jimmie Fitzgerald of Watch Yo Mouth Productions, is ready for you to get your laugh on with his absorbing, energetic, engaging, fun-loving style of Christian and clean comedy. He does church, corporate, cd release party, private, and special events, birthdays, anniversaries, galas, fundraisers, conferences, weddings, and much more. Book Jimmie for your special event, you will be glad you did! Thank you for this wonderful opportunity of allowing Jimmie to serve you through laughter. Stay Encouraged and Be Blessed in the LORD!!!

JFitz hosted our men's basketball tournament for a non-profit Branches & Roots Educational Network. He totally kept the crowd entertained from the very young children to adults. Engaging them by having dance contest for some of our giveaways to call the game in very entertaining ways. People still approach us about him and how much they enjoyed his style of humor. He impressed my husband and I so much, he will be hosting my 30th anniversary party in a few weeks, and I can't wait!!!!

God gets all the glory,thank yall so much laughter is good for the sold.

This guy is F-U-N-N-Y. I'm a comedian too. But when they need more than one comedian, I won't do a show without Jimmy! Book him and you are guaranteed to have laughter in the room and thats the truth.

Review by Helen B.

Jimmie is absolutely hilariously funny! He tells real-life stories in such a way that you feel that you were experiencing the moments with him, cheerfully. He brings to life the joy of being a christian in every sense of the word!!! :-)! Hats off to this funny man! You need to book him for your special event while you can because soon his calender will be booked-up.

J. Fitz's comedy is family friendly and it expresses contemporary issues, such as music, church experiences, marriage, animals, blue-collar workers, cooking, rearing, and family, sports, education, social networking, professions, and so much more! Your audience will be at ease with his warm, fun-loving, energetic and engaging style of comedy. For 30 minutes to an hour or more show, J. Fitz will give you 6 to 7 laughs or more per minute.
The first half of his show is mostly audience participation and stand-up and the last half of his show is mostly his characters, which has appeared on the early morning radio show that he co-host. Whatever your comedy preference may be, J. Fitz can deliver.
Your audience will leave with a merry heart because J. Fitz's comedy doeth good like a medicine.

Hello Friends!
Jimmie Fitzgerald (J.Fitz)is one of the best and up-coming Christian Comedians, who is affectionately known as "hilariously funny-man", will keep you "rolling with laughter," along with promoting the love of CHRIST.
He is a native of Nashville, TN and he keeps his audience laughing to the point of tears with his larger than life comedic-style. Jimmie has been showcased from the Music City of Nashville, TN to the Peachtree state of Georgia with his many merry heart characters, such as Deacon Jones, Little Buddy, Pastor Lue, Skeeter Woods, Jimmie Baker Baby, Uncle Junebug and the Tireman, just to name a few.
Jimmie has been the headliner for many special events. He has opened up for several gospel artists, such as the Marble Twins, Lee Williams and the Spiritual QCs, and cd release party. J. Fitz has performed at the Christian Comedy Association Conference with platinum Christian comedian Chonda Pierce, Bone, just to name a few. Jimmie's prouction company, Watch Yo Mouth Productions holds its annual "Christmas for the Homeless" in Nashville, TN. He currently performs for the cancer patients at the Hope Lodge every first Tuesday of the month in Nashville, TN. He has emceed valentine banquets, talent shows, literary jazz festival showcase for Delta Sigma Theta, "Testimonies of the Heart" Dinner Theatre, co-hosted an early morning radio show, impersonated the world renowned famous singer, James Brown, starred in the Tennessee Performing Arts Center (TPAC) Play "Deliverance" as a Deacon and a Rapper, and he has performed at the LP Field Tennessee Titans Professional Football Team Stadium for the "Laughter is the Best Medicine" Health and Arts Program L.A.S. Therapy Network and Development Group, Inc and also at L.A.S.7th Annual December Gala.
Jimmie also has captivating improvisational skills, quick wit, spontaneity, and a dashing personality that connects him with his audiences, in which he received several standing ovations and that has sat him apart from other Christian comedians. J. Fitz has been working the comedic scene, professionally for nine years and it is paying off. His unique style of humor resonates with his audience like no other comic today.
Jimmie has a GOD given sense of humor that is being polished daily so that audiences like yours and around the nation can experience laughter in such a way that it makes their heart merry like a medicine. Please allow Jimmie to minister in comedy to your audience. Thank you!