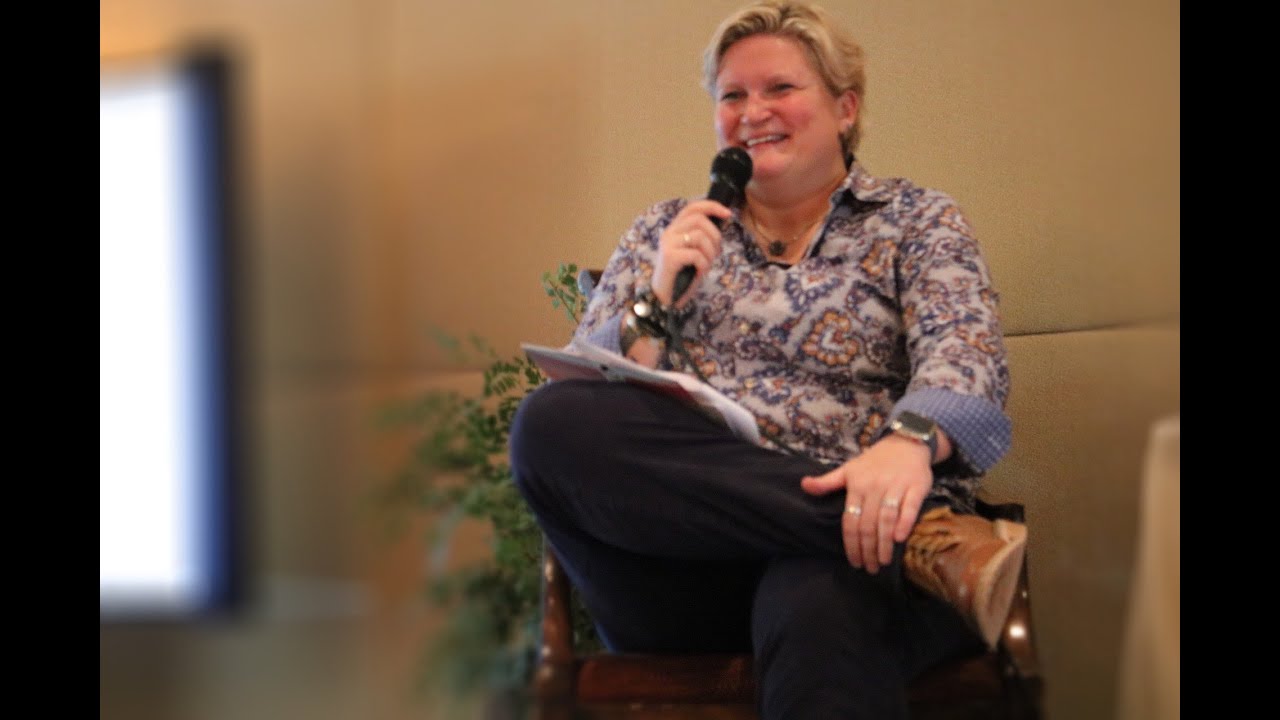 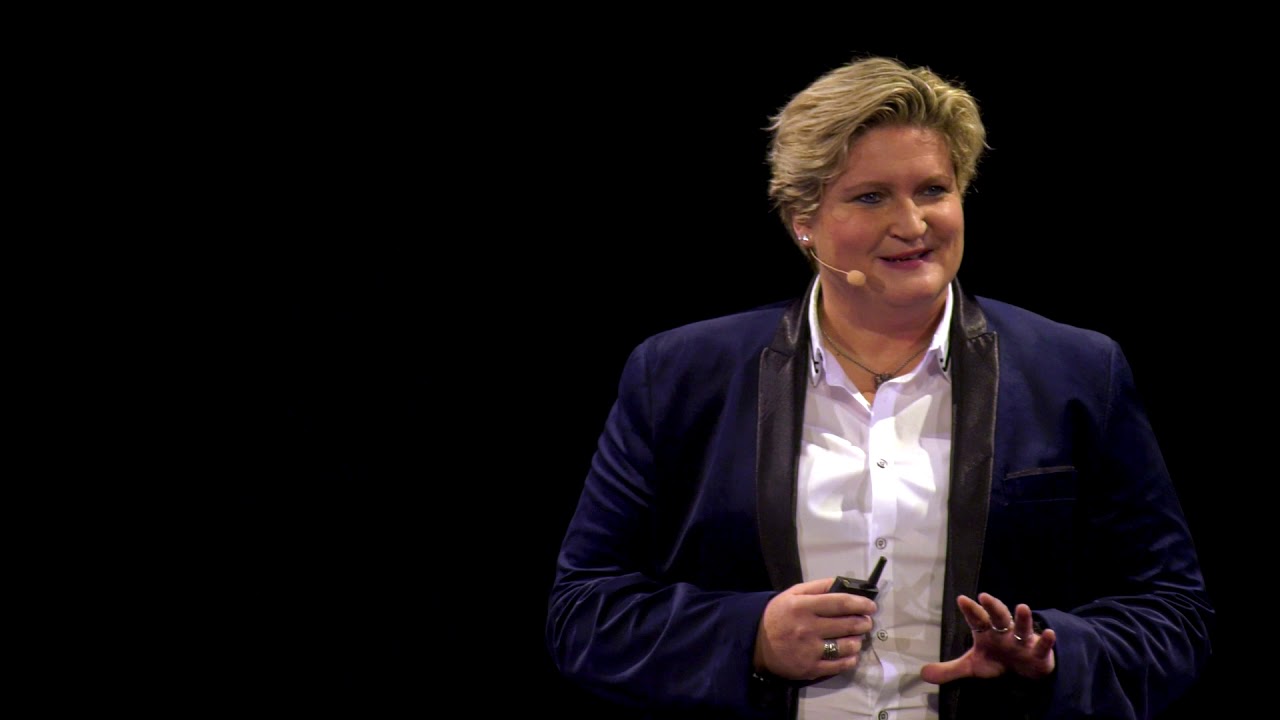 How Community, Connection and Compassion will Change the World 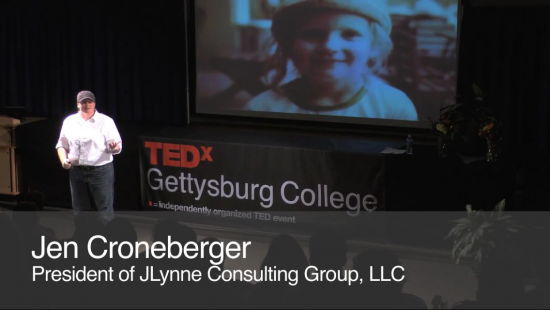 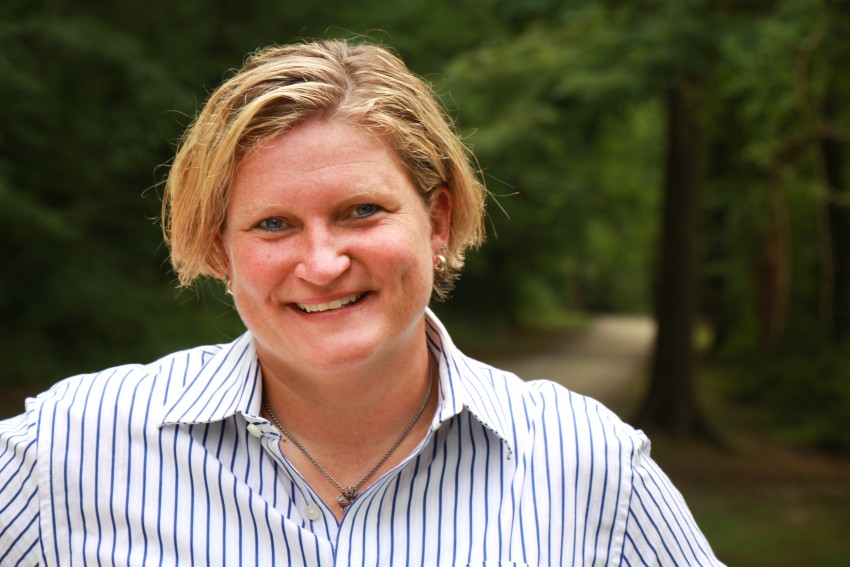 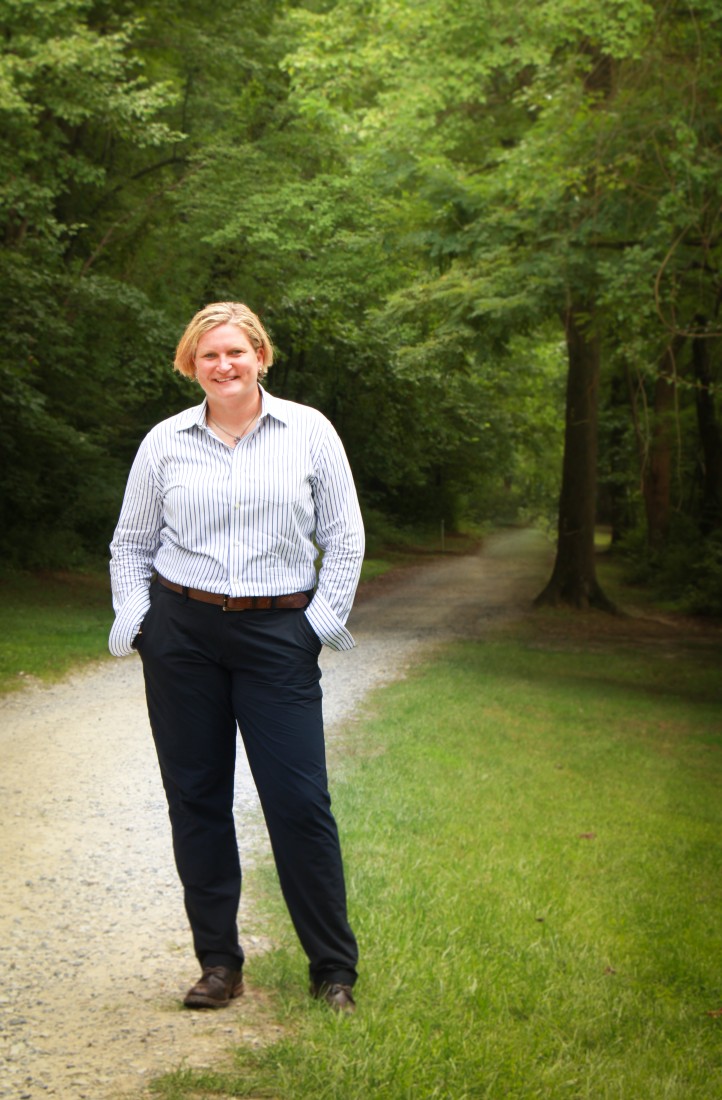 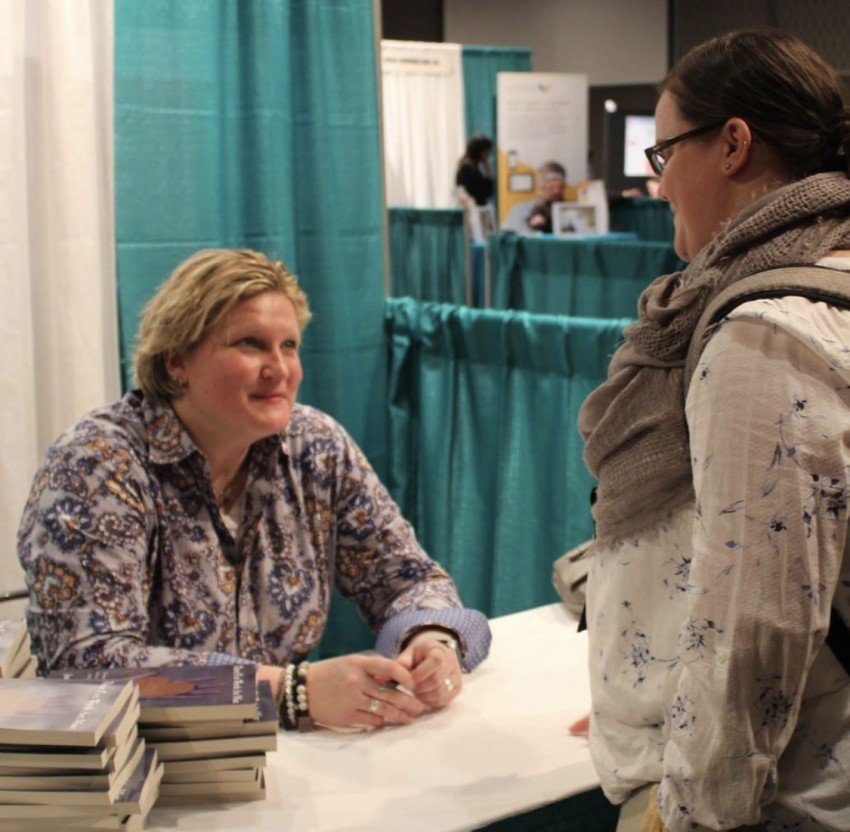 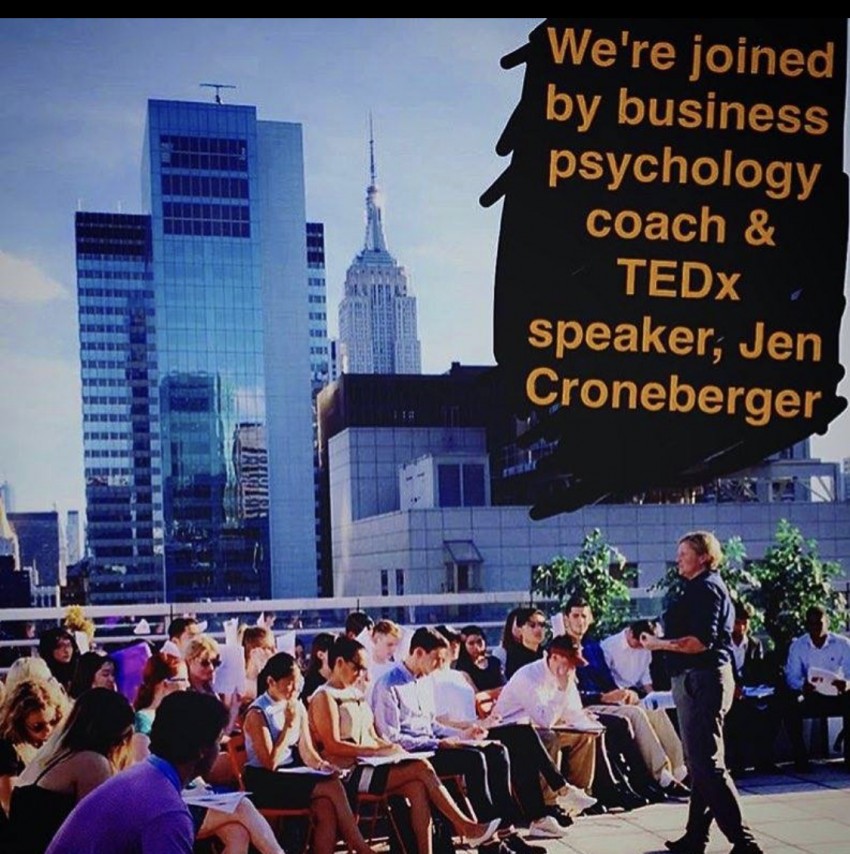 On a rooftop in NYC speaking at City Internships 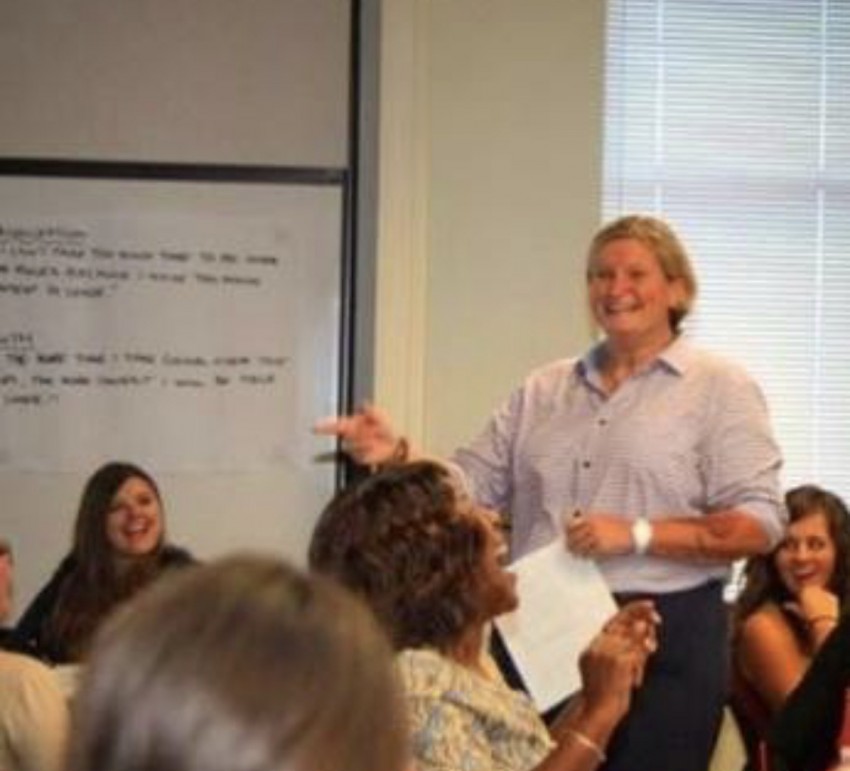 Workshops with educators don't have to be boring. 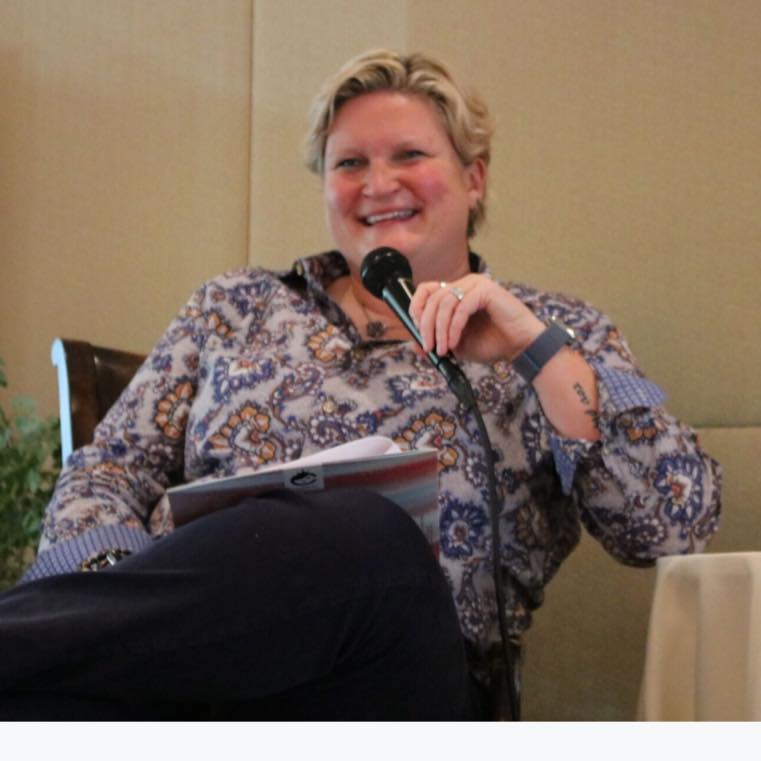 Speaking for a retreat with Tracy Davidson, News Anchor from NBC10, Philadelphia

I am a motivational speaker who speaks at schools, corporate events, organizations, teams and conferences. I have been on the TEDx stage 3 times, interviewed by 6ABC's Action News (Philadelphia) 4 times as a Sports Psychology expert, chosen as the 2009 Female Business Leader of the Year by the Chester County Chamber of Business and Industry. I speak about what it looks like when we show up as our best selves in everything we do, team building dynamics and leadership, accountability, confidence, character, bullying, honoring ourselves and each other and helping to create a deeper connection and a new conversation in our daily lives.

I've had the pleasure of hearing Jen speak and reading her book. I have never been so moved and so motivated to change to my life. She speaks from the heart and is so thought provoking you'll want to see her again and again. It changed me... let it change you.

Most inspirational I have heard

Jen Croneberger came to visit our staff last fall. She is the most inspirational and engaging speaker I’ve ever had the privilege to listen to. One big eye opener was her perspective on everything, on life. Usually, with so much going on, you don’t stop and look at all the little things which is what she did. Looking at all of the key parts, makes you envision the whole a lot differently. That’s what makes her inspirational, she’s truly gifted. After her visit, the atmosphere changed at the office.

I bring something refreshing and different to schools and corporate events alike. But don't listen to me...
Here are a few words I have received via email after speaking at an event:
"We wanted you to know that after our daughter heard you speak it changed her life, it changed her as a person"

"Jen has a way with words. She understands all kinds of people and she is the least judgmental person that I have ever met which is one of her biggest attributes and why she is so respected. "

"THANK YOU SO MUCH FOR A WONDERFUL WORKSHOP My goodness it was powerful…Jen you are a genius at having us dig deeper into ourselves and recognize 'WHO” WE ARE, NOT WHAT WE ARE!!!!!!!"

“Thank you” just doesn't come close to expressing our thanks and feelings to you. It is a blessing to have you amongst us."

"Jen, never have I felt what I did when I left the room today. I know I didn't say much while I was there... but I went home and started making my new life because of what you taught me. Your powerful words affected my soul more than I could ever tell you. I know now that I am enough. Thank you for all you bring to the world. I couldn't be who I am today without you."

"Quite frankly, you have changed my life. And you continue to do so every time I read what you write or hear you speak. You are the best of the best."

"Thank you for serving as a role model for all of us. Me included."

Jen Croneberger is a widely sought-after speaker for corporations, schools and universities, organizations and teams alike. She was the CEO/Founder of Excellence Training Camps, Inc. and is currently the president of JLynne Consulting Group, LLC.

Most of her last 10 years have been spent working with people of all ages, from all walks of life, instilling confidence and building deeper connections and awareness. Jen was consulted by MTV’s show “MADE” as a mental skills/fear coach for one of its subjects in the Fall of 2007. She has also been interviewed on four different occasions by Philadelphia’s ABC affiliate, Channel 6 Action News and was selected by the Chester County Chamber of Business and Industry as the 2009 Female Business Leader of the Year.

Jen uses everything she has learned and taught over the years to create team-building/team-chemistry seminars as well as keynote speeches for corporate clients, youth leadership programs, women-in-business groups, schools, non-profit organizations and sports teams of all levels. Mental game coaching seminars and workshops are specifically done for teams (age 11 & up) and coaches for all sports. Confidence, accountability, leadership, getting through adversity, and “playing” for love of the game are some key topics Jen focuses on in all of her presentations. Jen developed an international women’s coaching group called “Soul Tribe Evolution Project” and will be releasing more programs in the near future. Jen spoke at the National Fastpitch Coaches Association national convention in Orlando, FL in 2012 and is an annual speaker at the University of Tennessee in Knoxville for their Christmas Camp. She also delivered a TEDx talk at Gettysburg College in 2013 and at Seton Hill University TEDx in February, 2014 as well as March 2014 at West Chester University.

Jen also works with many community groups and organizations on a regular basis including West Chester Communities That Care, Girls Leadership Program, Girls Take Charge Leadership Camp, Girls Leadership Academy and the National icouldbe.org Mentoring Program. Jen spent two years as an adjunct professor at Ursinus College, teaching a course on the philosophies and principles of coaching. While at Ursinus, she was nominated by her peers both years she served as head coach for the Centennial Conference Coach of the Year award in 2011 and 2012. also served as the Education and Publications Committee Chair for the National Fastpitch Coaches Association from 2010-2012.

In 2010, Jen released a workbook/coaches’ manual, in collaboration with Dr. Patrick Cohn, on instilling and maintaining confidence in softball and baseball players. Jen also writes inspirational and motivational stories on her blog and for various other publications on a regular basis. Her latest project was her first book release: “These Five Words Are Mine”, A collection of blogs about seeing everyday life with new eyes was published in December of 2012.

Jen Croneberger is an inspirational speaker unlike any others you have heard.

Jen will travel all over the US and Canada to bring her message to your group. Travel fees are additional.