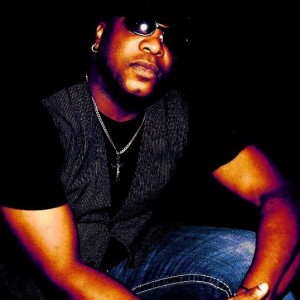 Be the first to review Jason Greenlaw & The Groove

Jason Greenlaw & The Groove
Hailing from Central Arkansas, Jason Greenlaw & The Groove is one of the state’s most established bands. Formed in December 2007, Jason Greenlaw & The Groove have played over 450 shows in 8 different states including OH, IL, MO, FL, TX, TN, KY, and LA. Enduring the hardships of the industry while at the same time breaking down musical barriers, the band has managed to record and release 1 full-length album and 2 EP’s all receiving extended radio play. Their latest project entitled Peace, Love, & More Groove was released in October 2011. This album was recorded and produced independently by Greenlaw Entertainment, the band’s independent label. It was also released on the radio by KABF 88.3FM. One of the band’s greatest accomplishments. Jason Greenlaw & The Groove has opened for such acts as Jimmy Van Zant, Foghat, and several other prominent artists. They have appeared in over 30 radio spots in Arkansas and across the mid-south. They were featured live on KATV’s Good Morning Arkansas television show upon the release of the band’s first full-length album entitled “Soulburn”. The band also has had over 60 articles written about them including newspapers, magazines and internet articles. The band is also avid supporters of our military’s veterans receiving the esteemed award “Appreciation of Contribution” from the Veterans of Foreign Wars Office in recognition of Arkansas Fallen Heroes Memorial. The band was also named Best of The Best by The American Cancer Society for the support in the battle against cancer. Most recently, in March of this year, Jason Greenlaw & The Groove was featured as Artist of The Month in YBIB magazine.

THE MUSIC: The band has been noted for forming their own genre of music “Rock & Soul” To see Jason Greenlaw & The Groove live is an experience you will never forget. This high energy, funky, groovy rock and soul style of original music guarantees music lovers of all ages a magical ride. In addition, when it comes to a cover, no one puts an ear catching twist on your favorite songs like Jason Greenlaw & The Groove.