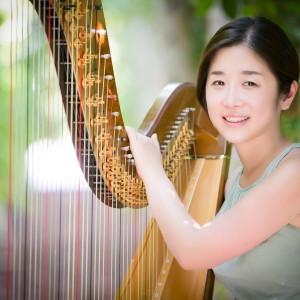 So sweet and talented. Her playing the harp was a big hit with everyone...

Dear Kevin,
Thank you so much for hiring me for your special day. Congratulations on your wedding! It was beautiful wedding ceremony and reception. It was my pleasure to play music for the wedding. Thank you!

Hee Jin Yoon is everything, and more, that you would want in a harpist. She has the best personality, character, and talent. She arrived earlier than the time she was scheduled to arrive. She was flexible with all of the requests we had given her for our Christmas production (which there were many) and she executed all of them perfectly. The audience was in awe of her playing and didn’t want it to end. Through it all, she had a smile on her face and enjoyed every moment which makes it fun for everyone! This is now our “go to harpist” because we were more than satisfied in every area. Hee is the most incredible person you’ll ever meet. She is kind, humble, strong, and always willing to do whatever it takes to make any event great! Thank you Hee for making our Christmas services memorable and unforgettable! We love you so much & look forward to hiring you again!

Hee Jin Yoo played the harp beautifully! All of our guests complimented how wonderful the entertainment was. She performed many songs on the harp and every one of them was to perfection. Thank you for helping make our event a success!

Wonderful musician and very professional. Fine personality. Guests were very complimentary about her playing and presence.

Yoon is very active as a soloist, orchestral and chamber musician. As a soloist, she has performed Debussy's Danses sacre et profane with Lancaster Festival Orchestra, Mozart's Concerto for Flute and Harp in C Major, K. 299 with CCM Philharmonic Orchestra of University of Cincinnati, Handel's Concerto Op.4 No.6 with the Korean Symphony Orchestra. Yoon is principal harpist of the Lancaster Festival Orchestra in Ohio and has played in the Cincinnati Ballet Orchestra, Cincinnati Chamber Orchestra, Kentucky Symphony Orchestra. 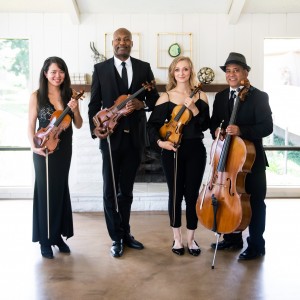 James S. said “I highly recommend Ocdamia Strings team , they were very professional since our first appointment until the end. They did an spectacular job by keeping…”

Lola G. said “Anna was AMAZING! I hired her for my mom’s memorial service. She was professional, polite and even gave suggestions on how to integrate the harp through…”

Lisa . J. F. said “Jillian was easy to work with, Prompt and our guests enjoyed her performance tremendously! Thanks Jillian!”

Michael T. said “Our experience with Maggie’s Harp could not have been better. We produce formal Knighting Ceremonies for a european Royal House each year in Beverly…”