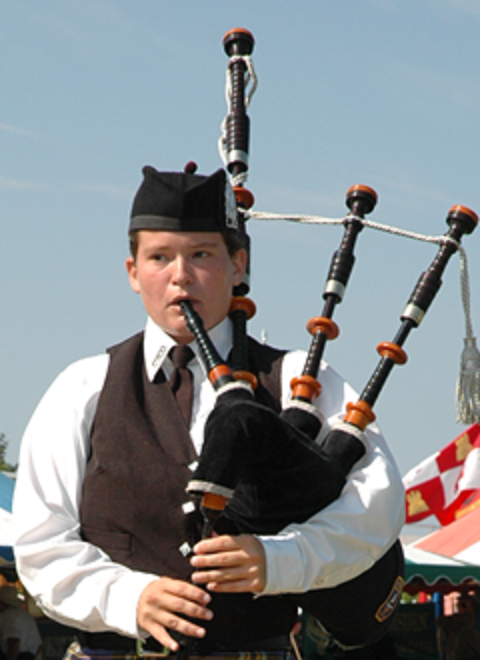 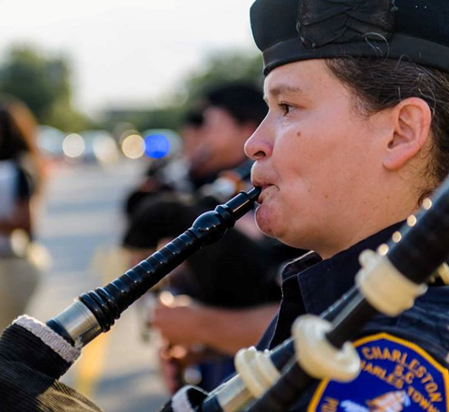 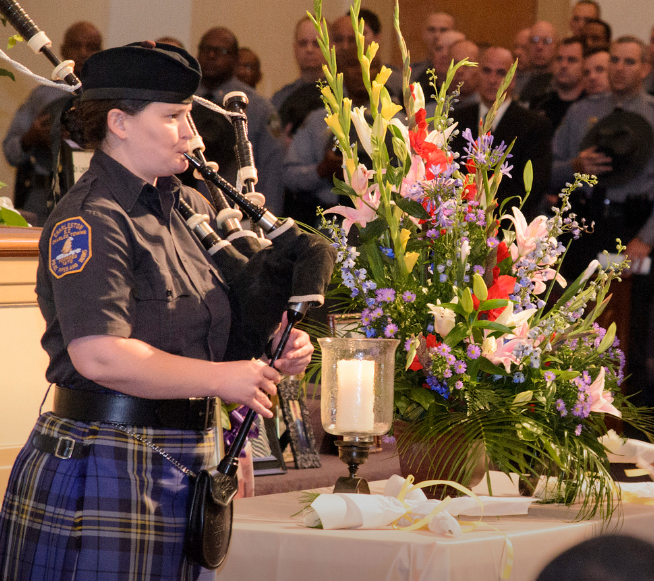 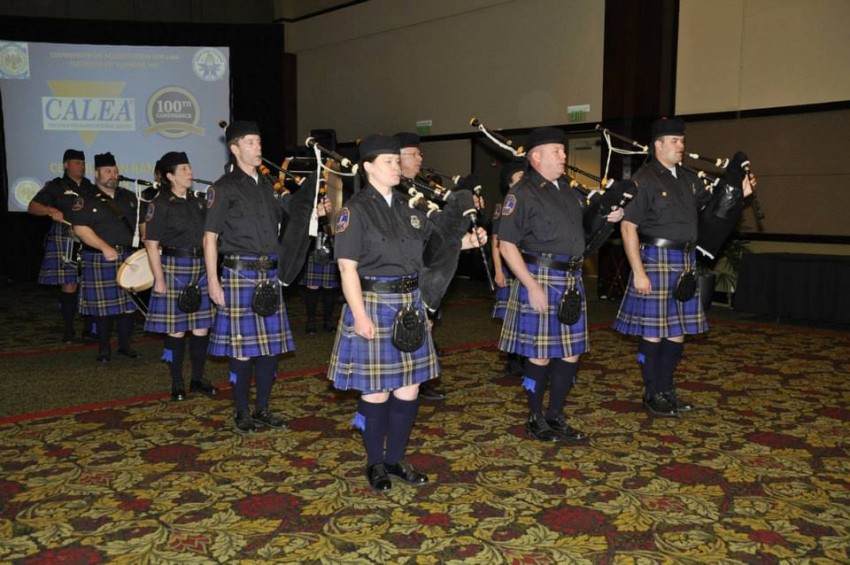 Performing with the Charleston Police Pipes and Drums at CALEA conference

As a classically trained musician with over 20 years of bagpiping experience, I provide a professional quality service. I am a Grade 2 solo competitor in the Eastern United States Pipe Band Association and an active member of the Charleston Pipe Band. Whether you're planning a wedding, funeral, church service, graduation ceremony, sporting event, or festival, the beautiful music of the Great Highland Bagpipe will certainly make your event more memorable. I look forward to the opportunity to share the wonderful art of piping with you and your guests.

Be the first to review Heather Pastva, Bagpiper

I will arrive to events dressed in appropriate highland attire. I can play a wide variety of tunes including traditional marches, strathspeys, reels, hornpipes, jigs, hymns, and piobaireachd. Please let me know ahead of time if you have specific tune requests and keep in mind that not all music fits well on the Great Highland Bagpipe due to the limited range of the instrument. I will attempt to accommodate all requests for suitable tunes.

If you don't know exactly what music you would like to hear, just let me know. I can suggest tunes that are appropriate for the specific occasion.

When I heard bagpipes for the first time at the age of eight, it was love at first sound. I told my dad "I want to learn to play whatever that is," so he promised to get me started on the bagpipes. It took a few years, but I finally had the opportunity to start lessons in 1997 with Dr. John Lentz in Abingdon, Virginia. Shortly afterward, I was introduced to Sandy Jones, the co-founder of the North American Academy of Piping and Drumming and began attending the NAAPD during the summers. As a student, I took classes with instructors including Sandy Jones, Ed Neigh, Bill Caudill, Gregg Abbott, and Bill Logan.

Upon relocating to Blacksburg, Virginia for college, I began receiving instruction from Burt Mitchell. Throughout my time as a student at Virginia Tech, I continued to take lessons, perform with multiple pipe bands (Warpipe, the Virginia Highlands Pipes and Drums, and the Abingdon Highlanders), and pipe at various events for the Virginia Tech Corps of Cadets. I also played baritone saxophone and mellophone in the Regimental Band, the "Highty-Tighties."

I started practicing with the Charleston Police Pipes and Drums during the summer of 2002 under the direction of Pipe Major Sandy Jones while in the area for an internship. Upon permanently relocating to Charleston in 2004, I began lessons with Rogers Branson and James Dillahey. Since joining the Charleston Pipe Band (formerly the Charleston Police Pipes and Drums), I have had the opportunity to perform throughout the the eastern United States and Canada with competition units ranging from grade 5 through grade 2. In addition to playing bagpipes with the current grade 3 band, I play snare drum in the grade 4 competition unit. I continue to improve my skill set through lessons with instructors of the North American Academy of Piping and Drumming.

Here are some of the most common requests I receive:

I play a lot of traditional bagpipe music including marches, strathspeys, reels, hornpipes, jigs, and piobaireachd. I also play some patriotic tunes upon request so long as they fit well on the Great Highland Bagpipe.

If you have a specific request, please ask.