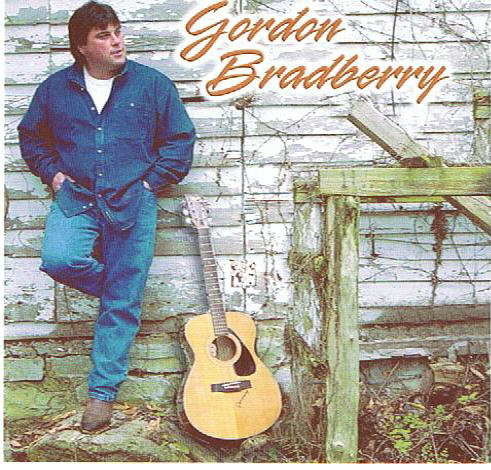 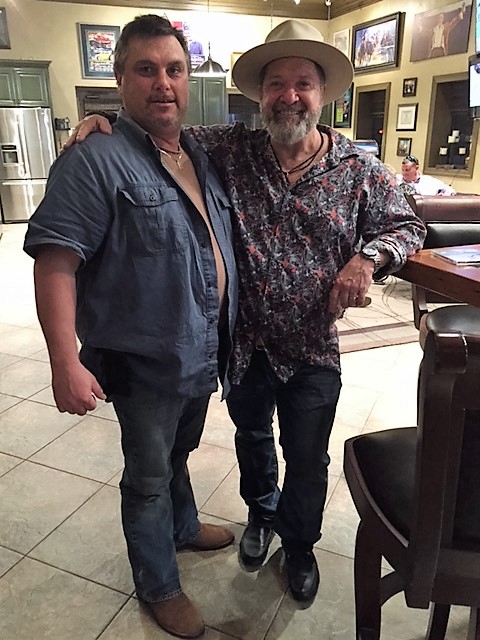 My friend Wayne Toups and I. 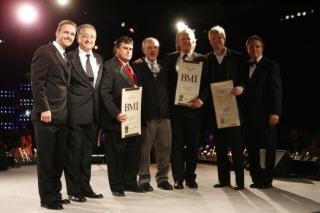 Be the first to review Gordon Bradberry

An audience would see an entertainer/songwriter that will thrill them with original songs that he's had recorded my major national recordings artists as well as hear the stories behind the creations of the songs. They would also hear some classic country cover songs . All this from an artist with a unique delivery and a sharp sense of humor.

Gordon Bradberry grew up on Grand Isle, Louisiana’s only inhabited barrier island, amidst a rich Cajun and Creole culture that became the canvas for much of his writing. He credits the unique cast of characters in his hometown — combined with growing up in his parents’ bar — with much of the fare for his songs. Before he was tall enough to see over the table, Gordon remembers shooting pool while standing on an empty Coca-Cola case and becoming a jukebox junkie for the likes of Kris Kristofferson, Johnny Cash, Ronnie Milsap, The Rolling Stones, Otis Redding, Jackie Wilson, local Swamp pop, Cajun artists and New Orleans influences like the Nevilles, The Meters and Antoine “Fats” Domino.
His dad bought him his first guitar at the age of 13. Only months later, a chance meeting with vacationing Hall of Fame songwriter, Wayne Carson Thompson (“Always On My Mind” and “The Letter”) was the beginning of a lifelong friendship and the first beacon to light Gordon’s path on his musical journey. After studying music theory and composition at Nicholls State University, Gordon married his lovely wife, Monique Henry and they moved to Nashville, Tenn., just two months later.
Lisa Palas, another gracious hand in Gordon’s career, convinced her publisher, music row veteran songwriter and publisher Chuck Neese, to give Bradberry’s songs a listen. Neese took an interest in Gordon and secured him an internship in the tape copy room of Neese’s joint venture partner, Warner/Chappell Music Publishing. After a stint at “Song College” which is how Gordon refers to his tape room experience, he landed his first song with a major artist when Lee Greenwood recorded “Final Touches.” Less than a year later, Conway Twitty, one of Bradberry’s favorite artists, declared in a song pitch meeting that “Final Touches” should be the title cut of his upcoming album. To quote the bar owner’s son from Grand Isle, Louisiana, “The validation of having Conway Twitty record one of my songs and then deciding to title his album ‘Final Touches’ as well, was one of the most defining moments of my career.”
Gordon then went on to sign the first of his several professional publishing deals with Grammy Award-winning producer/writer Keith Stegall (longtime producer of Alan Jackson and writer of “Don’t Rock the Jukebox,” “Dallas,” “We’re in this Love Together” by Al Jarreau, “Sexy Eyes” by Dr. Hook and many others).
Stegall once told Gordon, “If you believe in yourself as much as I believe in you, great things will happen.”
Gordon is quick to credit his mentors like Wayne Carson, Chuck Neese, Keith Stegall and cowriter friends with a measure of his success. However, one only has to scan his list of accomplishments and listen to some of the songs he’s had recorded to realize it’s Bradberry’s hard work and talent that have afforded him opportunities to work with the best and most elite of Nashville’s music industry: Conway Twitty (Final Touches), Sammy Kershaw (Me and Maxine), Willie Nelson/Hot Apple Pie (Slowing Down the Fall), Wesley Dennis (Whiskey Behavior), Jeff Bates (Long Slow Kisses), Billy Ray Cyrus (Touchy Subject), Montgomery Gentry (Hellbent On Saving Me), George Strait (Hot Grease and Zydeco) and many others.
These days Gordon is writing and recording new songs, performing acoustic shows, working with new talent and occasionally drawing inspiration from another passion of his — fishing the bays and bayous of his dear Louisiana.

I normally play with my acoustic guitar(amplified) and a microphone. Given the nature of the setting and material presented I usually require a stool or chair as well.
Its great when I encounter a venue that has a sound system for the artist but, there are cases where thats not available. In which case, I provide a small sound system that I charge a small fee to transport and set up.

A sound amplification system if available

A chair or stool of some sort. Josh Taylor Live: For 20 years Josh Taylor has been providing South Central United States with the most powerful and influential gift of music. With a remarkable… D B. said “James was fantastic, very talented, timely, professional and easy to work with”