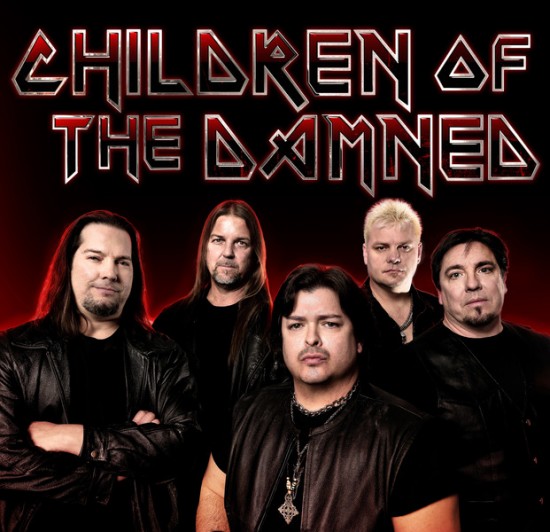 Be the first to review Godz Of Rock

Rob Hussey got his first drum set at age 7. He sat behind the kit and proceeded to blast out Love Gun by Kiss as if he was born to do it. His friends were floored. He was never the same.
By the age of 12, Rob Hussey had mastered drumming and began to dabble in guitar, bass and vocals. Continuing on in bands as a drummer, he aspired to be the lead vocalist. He wanted the challenge of singing the songs the way the legends of rock like Bruce Dickinson, Rob Halford, Steven Tyler, Paul Stanley, Sebastian Bach, Vince Neil, Ronnie James Dio and Geoff Tate did.

Rob Hussey helped found the renowned Iron Maiden Tribute Children of the Damned. It was a dream come true for him to sing Iron Maiden songs live to enthusiastic Maiden fans. Children of the Damned continue to deliver classic Iron Maiden concerts to fans of the legendary band. It has been written in Vegas Rocks magazine that if you close your eyes, you would swear you are hearing Bruce Dickinson himself. The band performs classic tunes from the golden age of Iron Maiden and provides the ultimate Iron Maiden tribute experience.
Children of the Damned also offer a show in tribute to Judas Priest and Queensryche. The band whips the crowd into a frenzy with their renditions of these legendary rockin’ classics. Rob Hussey effortlessly sounds like Rob Halford and Geoff Tate. But that is what sets these bands apart. There are only a handful of rock vocalists in the world that can pull this off.
He doesn’t just sing these songs; he makes you feel like you are listening to the original performer singing live.
Ever the versatile rock vocalist, he has formed the band Cyanide with Children of the Damned band mate Marc Mersol. They are currently recording their debut album. The original songs are a cross between Motley Crue’s Too Fast For Love, Def Leppard’s High N Dry, Van Halen’s debut album, and Appetite for Destruction by Guns N’ Roses. They also wow the audience with classic covers from Motley Crue, Ratt, Van Halen, Def Leppard, Aerosmith, Kiss and much more.
As word got around about his vocal prowess, the demand for his talent grew. Recently Rob Hussey also took over lead vocals for one of the hottest bands in Las Vegas, Outta the Black. The band performs spirited covers of everything from Marilyn Manson to Stryper to Ozzy as well as Skid Row, Lynch Mob, and Dokken. The band concentrates on playing fan favorites that other bands wouldn’t dare attempt to play. The huge crowds at their shows scream in appreciation. Rob recently left the group to concentrate on LV Godz of Rock.
In August 2012, Rob was invited to be a guest vocalist for Kiss Night in Las Vegas. A charity event for the Imagine foundation, it drew a crowd never seen at Count’s Vamp’d. The line to get in was long. Rob did not disappoint, delivering vocal renditions of all 4 Kiss members. Fans were astonished as Rob effortlessly sang like Paul Stanley, Gene Simmons, Peter Criss and Ace Frehley.
No matter what song Rob Hussey is singing, it always sounds like you remember it from the albums. He takes pride in making his voice sound like any legendary singer you can think of. He surrounds himself with the most talented, professional musicians. The shows are top notch, amazing events celebrating the beloved golden age of rock. Do not miss the chance to see Rob Hussey live.