George Whitesell & His All Stars 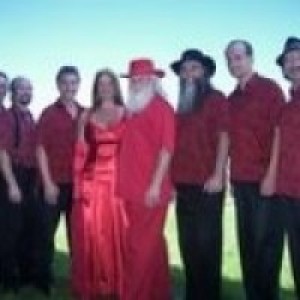 If you want to be entertained, you've come to the right place! Performing Blues, Jazz & Swing, this band has been in high demand at Jazz Festivals, Blues Festivals and Summer concerts throughout Colorado with an occasional wedding. Their high energy show usually ends with a standing ovation! Highlights have been; opening for the Jimmy Dorsey Orchestra in Beaver Creek, the Inaugural Ball for President Obama at the University of Colorado at Boulder's Glenn Miller Ballroom, Trinidaddio Blues Festival, Greeley Blues Fest, Keystone Wine and Jazz Festival, Estes Park Jazz Festival, Blues Under the Bridge and many, many more. The're keeping alive the tradition of "Show Bands" from a bygone era!!!!!

Be the first to review George Whitesell & His All Stars

What proplre are saying about this fantastic band:

Those “of a certain age” remember a style of music from the late 50’s or early 60’s that was neither rock and roll or jazz, but combined elements of both in many dance bands around the country. This kind of music had a swing vibe to it with blues and R&B undertones. It has been called swing blues, jump, and “party blues,” and although the music defies being squeezed into one nice classification, when you hear it, you get it, and you smile! The music immediately whisks you back to a great moment of history where styles of music were colliding and melding, some spinning off into their own directions. It’s fun danceable music, and when put into the hands of the right musicians like George Whitesell & His All Stars has a way of drawing you in and holding your attention.

George Whitesell formed the All Stars in 2006 and despite a schedule of jazz festivals, corporate gigs and parties, and opening for larger more well known national acts, one of the yearly features the band participates in is a Valentines day show and dance which was held Saturday at Castaways in Manitou Springs. Castaways has this whole Vegas lounge feel to it and is the perfect venue for this kind of show. The attendees at Saturday nights show were biased to the mature, but there were plenty of younger music fans there also taking it all in and enjoying the music and repartee between band and audience and reacting to the fun of the band members themselves.

Admittedly to “do it right” this kind of music has to have a little showmanship to it. Jill Watkins – who’s style invokes Peggy Lee and late Irma Thomas – threw in a little Eartha Kitt friskyness to her presentation that was fun to watch while getting the audience drawn into the whole scene. The horn section did their part with synchronized dance moves and hand jives, and George was as animated as they get including knowing when to have some cornball interactions on vocal breaks with Ms. Watkins, and knowing when to play it straight. Also, there’s not many male vocalists that can top Whitesell’s own brand of “scat” vocal improvisation based on random syllables syncopated against the band.

The band closed out the night with Eddie Vinson’s “Wait A Minute Baby (Hold It Right There)” featuring a call and response with the audience that was just a little bit cheese-ball but great fun! Watkins appeared playing horn and Whitesell strapped on a sax during the final number and all 5 of the horn players walked off the stage separating throughout the audience in what was the coolest audience interaction I’ve seen in a long time. All in all a fun show performed by some of the area’s best jazz musicians “bringing it home” to an appreciative audience.

Topping off the day with panache were George Whitesell and His All-Stars with Jill Watkins performing largely jump and blues to rattle the rocky surrounds.Watkins can sing it like nobody can, with outstanding projection and a whole lotta (link hidden)ybody who didn't have a good time listening to George's crew has no-one to blame but themself.

An Extraordinary Birthday Party, George Whitesell’s 60th Was a Serious Bash, by Jim Primock
The Holler, Colorado Blues Society
This is a blues/R&B/jump/swing show band—its members are not only excellent players but also enthusiastic performers—and they did, indeed, put on a show. At one point the audience was treated to synchonized marching/dancing/table hopping, which got a huge cheer.I recommend that you see George Whitesell & His All Stars when you get the chance. I guarantee that you will have a good time.

There was a time in this country following WWII when people sought out danceable live entertainment at small clubs, commonly referred to as ‘rib’ or ‘juke’ joints, either located in urban areas or outside of town in “roadhouses”. Physical traces of these can occasionally be found, but, save for recorded music; the jumping sounds that could be heard within are now almost extinct in a live format. Enter George Whitesell and his dream band, the “All Stars....The full house ranged from barely legal to those old enough to remember the era mentioned above. And, to paraphrase an oft used line in jump music, “this joint was jumpin’.” Peruse the crowd and one noted many confirmed jazzers as well as blues people (funny how that works out with this type of music!) and all were having a good time.
Whitesell has an immense well from which to pull music of that period of the late 1940’s thru the early 1950’s – some of which enjoyed brief re-creations in the ensuing years – and for his first session he chose wisely. The sax sections honking sounds reminiscent of Big Jay McNeely, Joe Houston, or Little Richard’s band, The Upsetters. Brad Eastin’s trademark incredible solos, Chris Wojtecki getting sounds from a bari that should only be legal on a tenor, Kenny Johnston blowing the house down. Ooh! My Soul! John Stilwagen’s precise imaging of Pete Johnson’s backing on the Big Joe Turner numbers, with the rest of the rhythm section nicely driving but never overpowering the song’s intent. And, George providing his excellent vocal and guitar work and keeping the selections in sync with just enough historical banter of the song’s origin in between. To add some dessert to this already excellent mix, blues-based vocalist Jill Watkins from up Boulder way, graced the stage for two numbers. In a word, wow! Her promo describes her powerful voice, playfulness and personality. It should add pulchritude. If you weren’t there, you were not only square, but possibly trapezoidal. George Whitesell & His All Stars provide a righteous and riotous ride through the rarely tapped world of jump and rhythm & blues, long overdue on the entertainment scene. I wish them many happy returns.