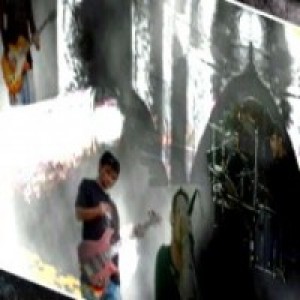 One Day is one of the Midwest’s hottest alternative hard rock / metal bands. Based out of St. Louis, MO, One day has quickly risen to become one of the most recognizable indie bands on radio stations from Chicago to satellite radio. For the past couple years, One Day has been the house band for 2 Mixed Martial Arts promotions. Their high-energy performances have earned them the respect of not only the fighters, but the fans as well. One Day released their first full length CD, Therapy, independently in 2008. The CD quickly rose to become a best selling independent release. The release of their first CD on Freeze Records, Believing is Everything, is expected in spring 2011. One Day is current

We booked the band OneDay to be our special musical guest for our MMA show. The Venue was Rent One Park inn Marion, IL.It holds around 5,500 people. We booked the band to come in the ring during intermission help hype the crowd and promo that they were playing the official after party. They were awesome. They showed up with T-shirts and Cd's to toss to the crowd. I interviewed them and then they gave out their promo merchandise. After the event it seemed that every person had something with the OneDay logo. whether it was a guitar pic to Cd's. Everyone had something. At the after party,the place was packed. Our most successful after party to date. The band blew me away because they were as good if not better than the Cd that I had listen to. They had heard that I liked the song "Friction" from their Cd. They had already played it but I didn't get to hear it.So they decided to play it again just for me LIVE. The crowd did not mind at all. This band is fantastic and I don't say that too often. I'm planning on hiring them every time that we are able to have live music at our event.I can't say enough about them. The least that I can do for what they brought to my show is write this review.
Pro MMA Announcer Dave Davis

Review by Clifton B.

One Day performed at an event we attended and we were very pleased with the high quality of the music and the very profesional manner of everyone involved with Freeze Records.