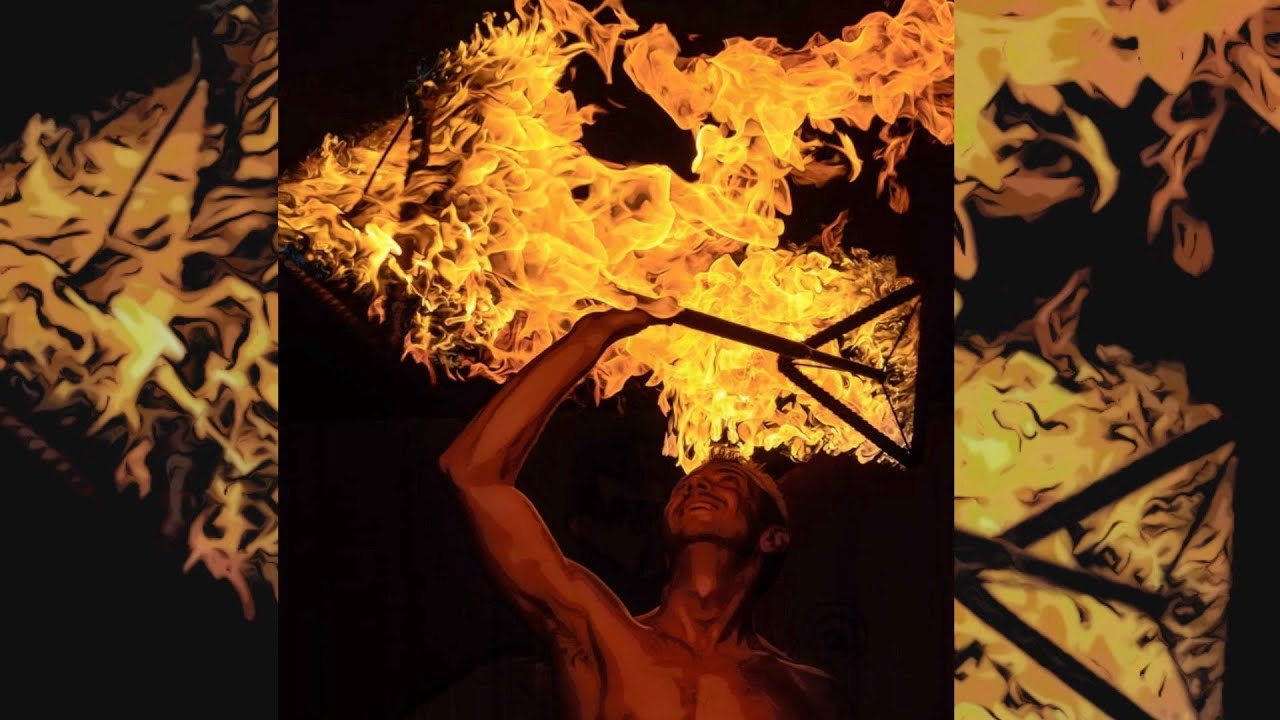 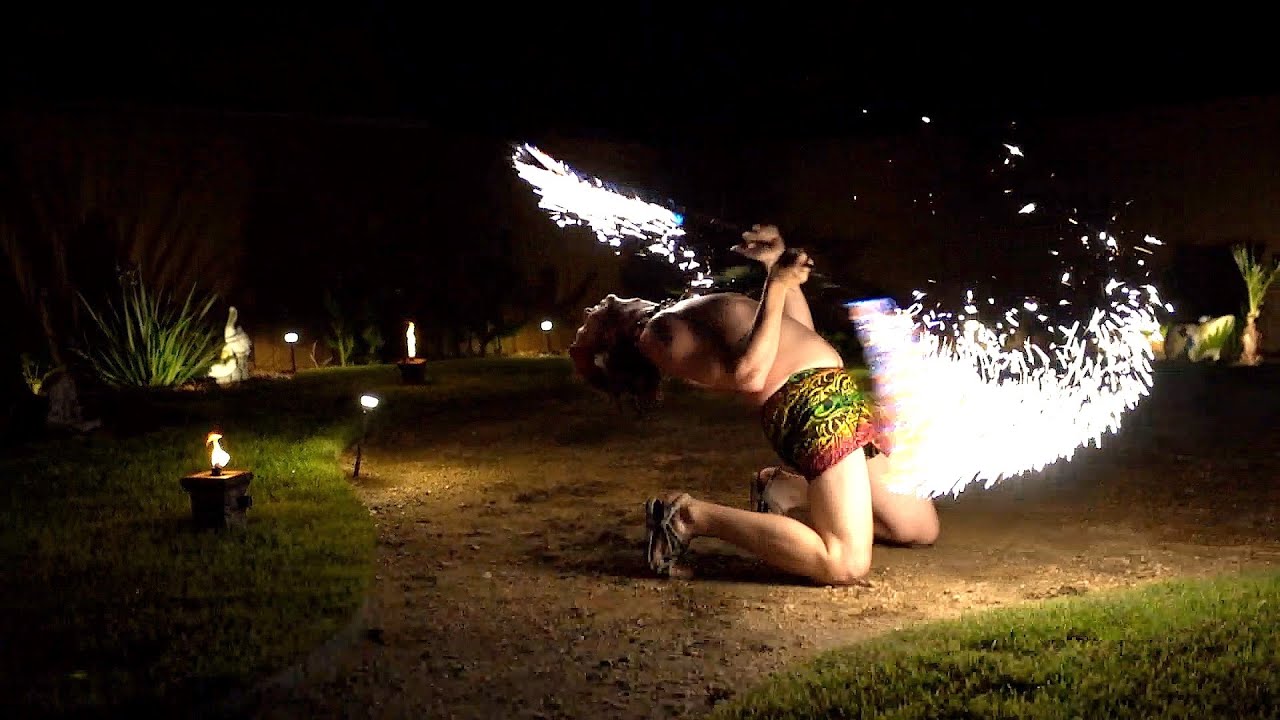 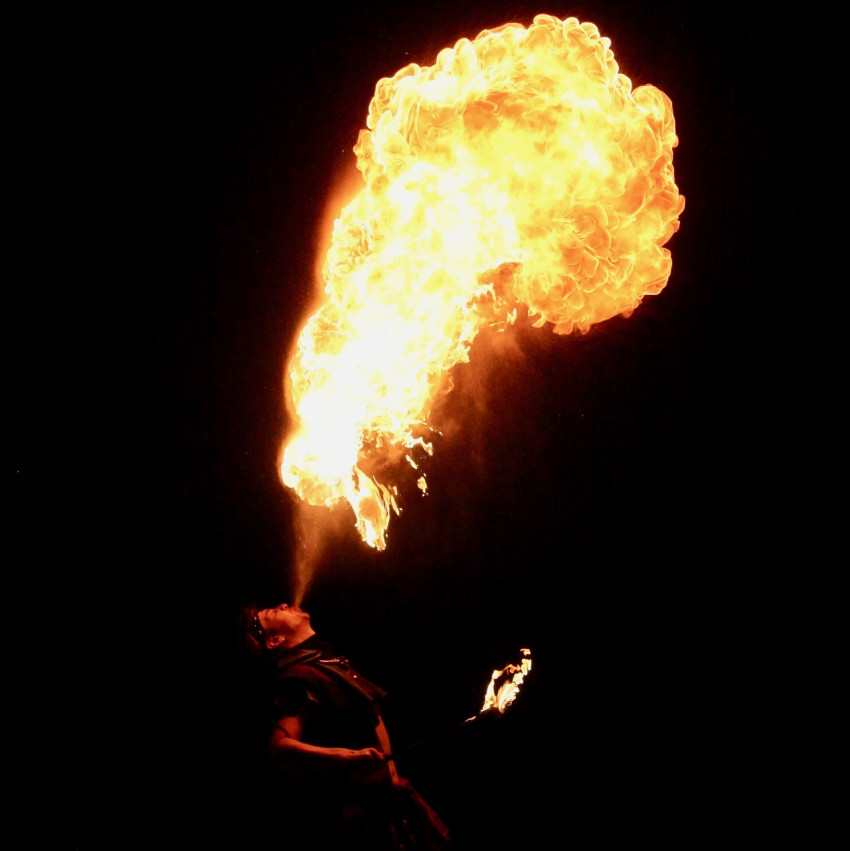 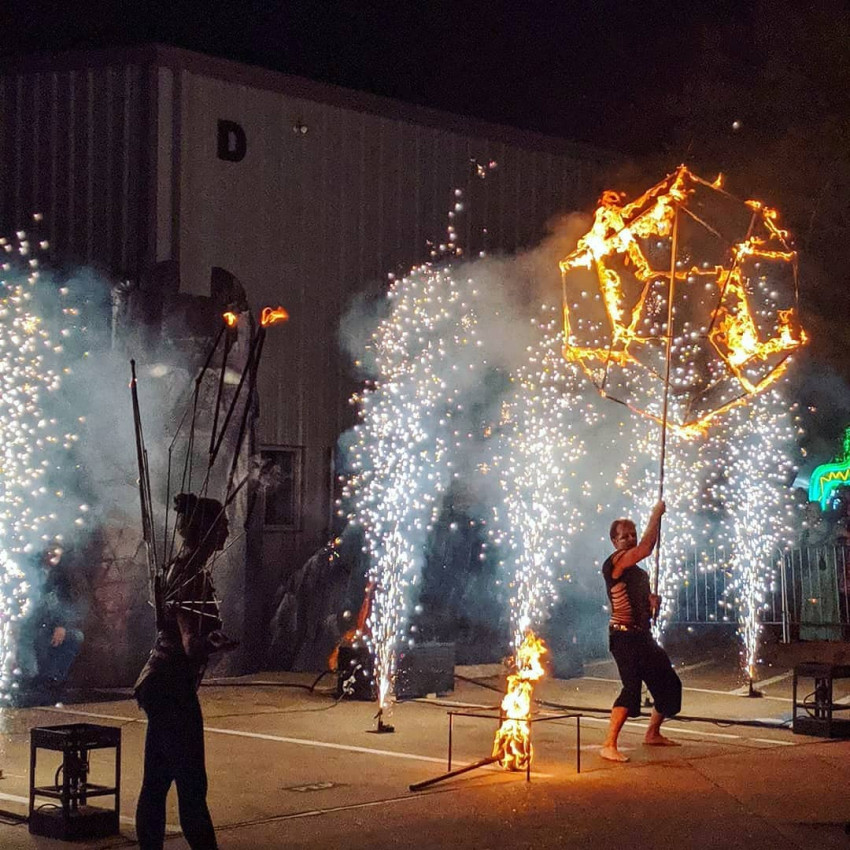 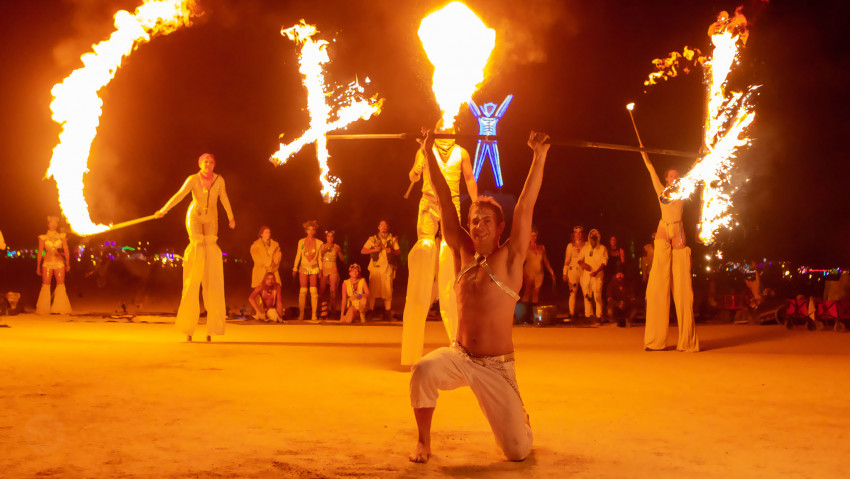 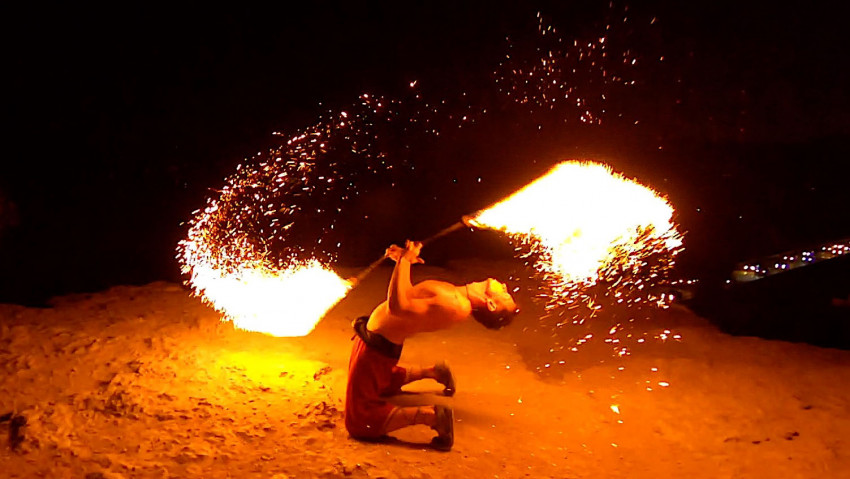 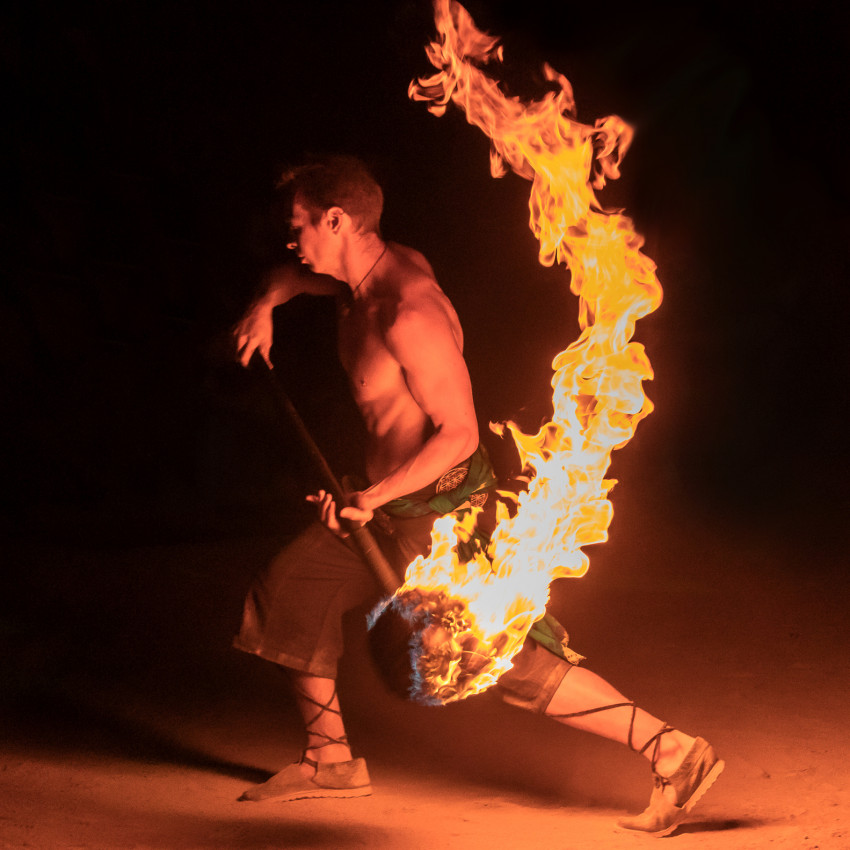 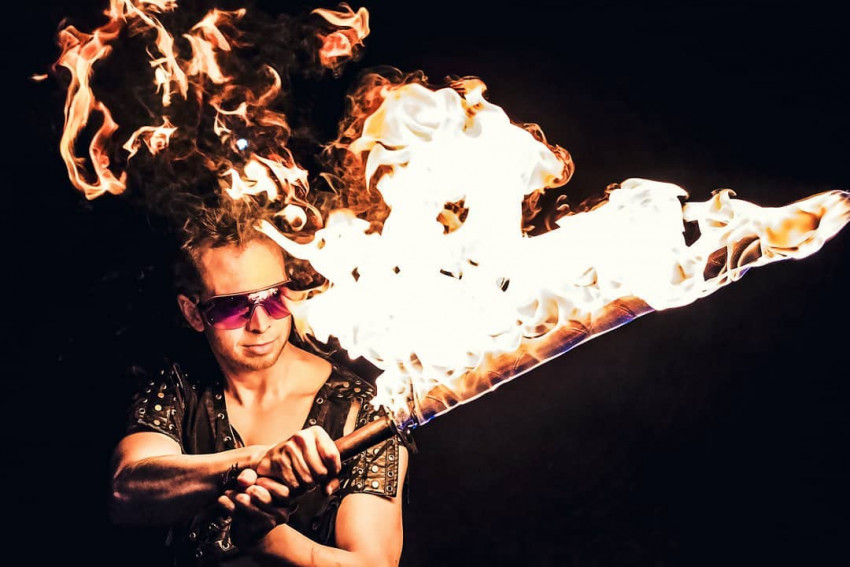 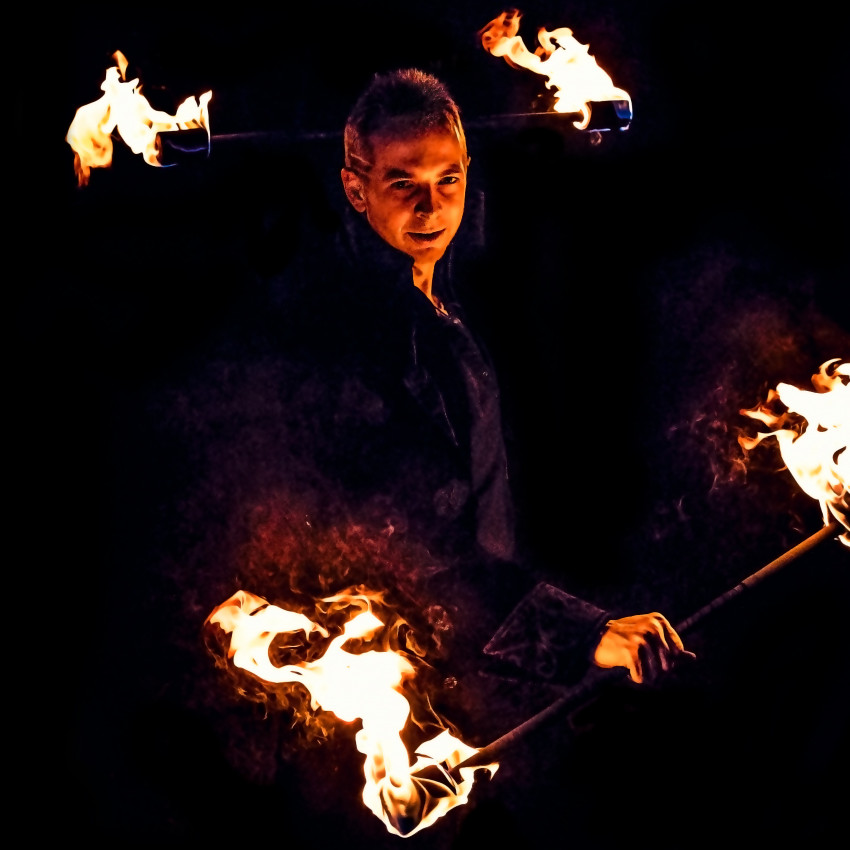 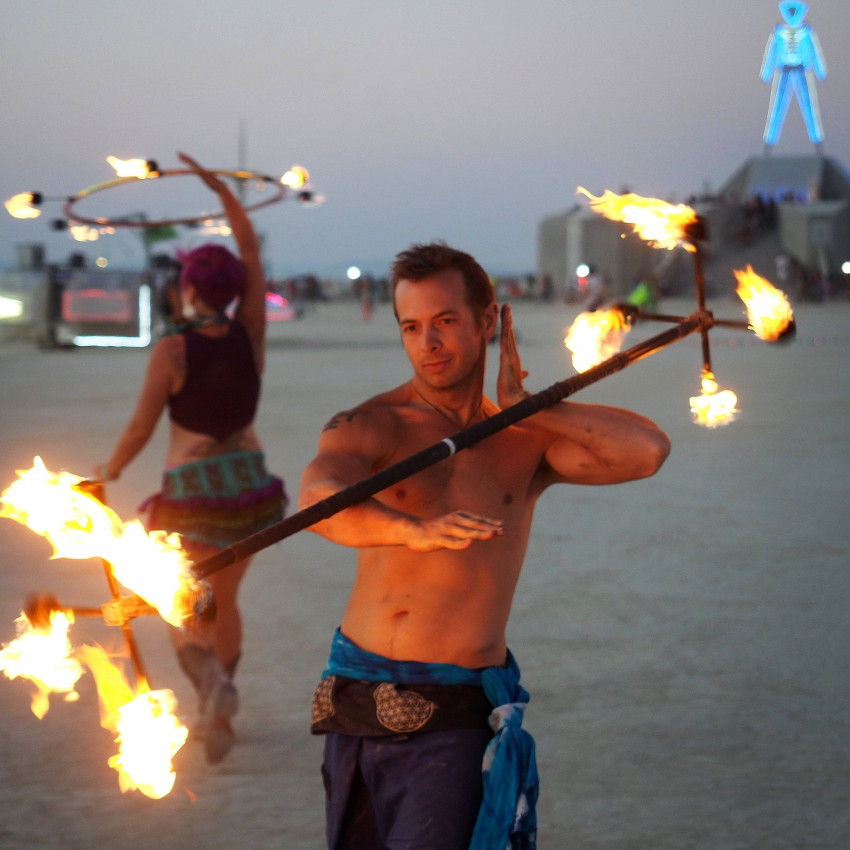 This fire dancer brought big props and the guests at my luau were wowed!

Floki's show was great! He really kept our guest on the edge of their seats! Most definitely the perfect touch to our backyard Lu'au!

Floki was fantastic - he fit in with our group. Our party was awed and amazed, but he also made us laugh and was a lot of fun. Highly recommend for any event - but he was fantastic for our luau and fit right into the group. He was also secretive on his setup so it was a fun surprise for the guests.

I was invited to a dance performance but I never expected a wonderful visual fire dance by a truly artistic person as Floki ! It was a cold night in December but body and mind was warm throughout the evening from his performance

The kids loved the fire show

Thank you Maria, I'm glad everyone had a great time.

Whether you want a fire performer for a large venue or a private party, Floki's Fire will be what you want.

Having some family and friends over for the Holidays, we wanted something special to cap off our party.
Floki adapted to the space we had available and our guests were amazed and thrilled with the show. I would love to book him again for my next event.

Ion Art, had the pleasure of working with Floki's Fire for our Surreal Sea 2019 event. Not only were they reliable in communicating with us about permit needs and what-not, we were blown away by their outstanding performance. There was a crowd gathered around them the whole night & everyone was mesmerized by their routine. Loved having them!

Show requirements based on performance needs.

All musical styles are welcome. Whats your favorite song, decade or music genre.