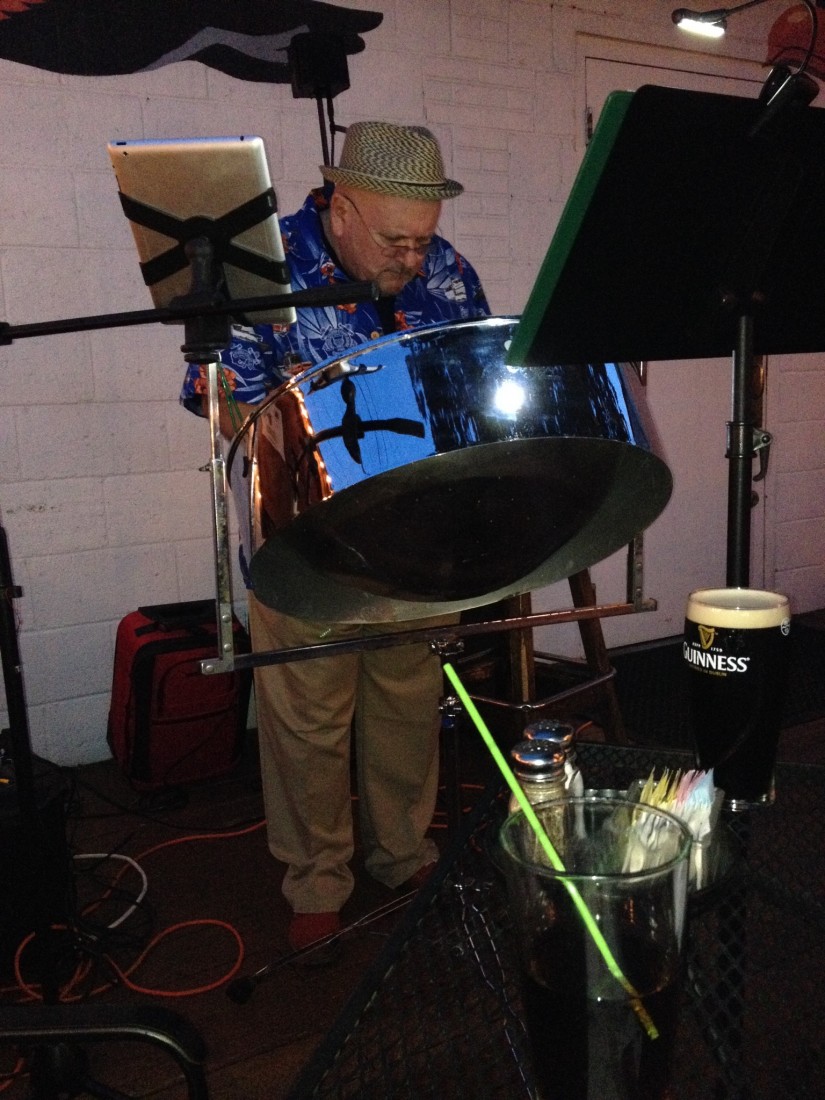 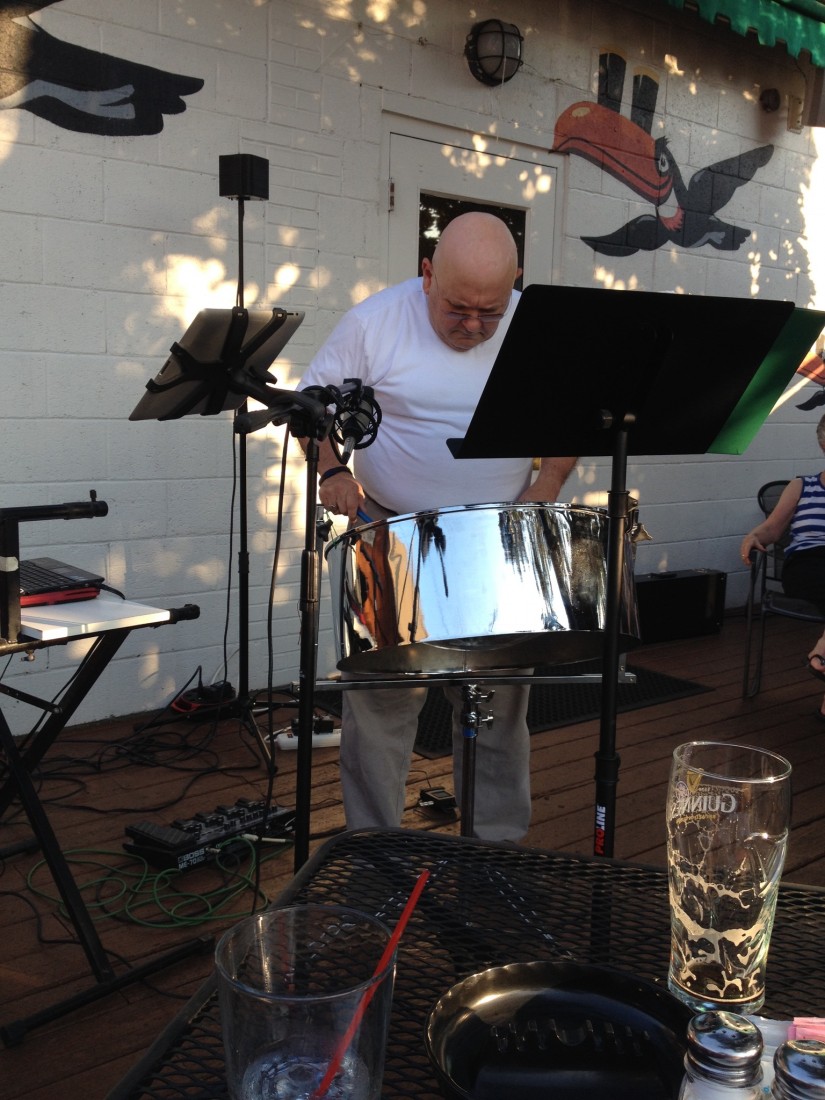 Dave was easy to contact and very responsive. He was extremely engaged in the event and delivered on every request. A professional musician with decades of experience he was able to provide suggestions and a performance that was seamless and smooth. He wore his formal highland attire and fit in perfectly with the wedding party. He played Amazing Grace for my mom after the ceremony that left everyone in tears.

It was a pleasure performing for your wedding ceremony. If you ever travel to the area again give me a call. I’d enjoy a visit. Thanks for the opportunity.

Dave was the hit in our wedding! My husband always wanted a bagpiper at his wedding and I knew I had to make his dream come true! Dave was the perfect fit and he played beautiful music! We communicated how this would be a surprise for my husband and it made him cry! Would definitely recommend him! Thank you, Dave, for making this a memorable moment for us!

Brittany,
Thank you very much for your kind compliments. I wish you the the best. Please keep me in mind for your 50th Wedding Anniversary.
Thanks again,
Dave

The Best Christmas was made by Dave and His Bagpipes!!

If Your Lucky enough to book Dave, your event will be Perfect!!! He brought in our Secret Engagement and Family Christmas party to a New Level!! There wasn't a thing missed, it was Perfect!!! Thank You!!!!

Wonderful evening, a very nice family to perform for.

Very prompt and wonderful for what we needed - celebration of life. Thank you!

Thank you very much for the opportunity to participate in honoring your Father. My best to your family.

Dave provided a special send off for our father, we will not forget. Experience and expertise. You will not be disappointed.

beautiful job on steel drums for a beach wedding

very professional and great job on steel drums. Responds to questions promptly and arrived on time. He added the perfect touch to a beach wedding. I would highly recommend!

Thank you very much, what a beautiful wedding.

Dave got to my home early and spent some time asking how I wanted the event. I also enjoyed talking of other things with him. He is a good man.

A great end to the day!

Dave was on time, super friendly and played all the songs we requested. His performance wasn't perfect but it was definitely worth it, he looked great and we and the neighbors enjoyed the event! Thanks Dave!

Thanks Joe, I will be in touch. Hopefully, the wind won’t be such a factor next time.

Great job! Was enjoyed by all.

Thank you o much fo the opportunity to play for your husband’s birthday and make new friends.

Good Friday bagpipes on the waterway.

I'll carry this beautiful memory with me ALWAYS. What a blessing given to me ,my friends & neighbors by Dave Morgan's beautiful music. Even my pug loved his music. Forever grateful.

Don did a wonderful job above and beyond duty. His bagpipe plane was very very good.
Would hire him again in a minute

It was a true privilege to be part of you family’s tribute to your late husband. I truly wish you the best during such sorrowful times.

Dave is a true professional. His communication throughout was spot on. He showed up ahead of time, looked great in his kilt and his piper skills were perfect!!

Thank you, Kathy, it was a pleasure working for you.

As Dave led the award winning Color Guard into the grand dining room, you knew that high honors were about to be presented.
Thank you, Dave

Dave was punctual and extremely professional. He was a huge hit at the party and we highly recommend him for any bagpipe services!

Thanks, so much for making me a part of your event. If you ever get back down here, give me a shout. I am sure we can find trouble to get into.

We were in awe of Dave and his bagpipes. Could hear him playing as we approached the beach. He playing two songs during the service. So lovely. Very professional but more importantly very personable and easy to communicate with as we were from out of town. I would definitely recommend Dave!

Thank you so much.

Made our party special

Dave Morgan was prompt, professional, and pleasing to us and to all of our guests. We enjoyed his music very much.

Absolute wonderful wedding experience!!! Everyone was on time (early) for rehearsals and performances, and very, very professional in every aspect.

I would highly recommend using this performer again if needed.

Thank Mark, I really wish I would have met you sooner. We have lots in case common, and I really think we could have done some fun thing together musically. Thanks again,
Dave

Bagpipe performances are done in full Scottish bagpipe attire. All performances are individually designed to meet the needs of the client. Rehearsals and conferences can be arranged so that each event is of the highest professional quality.

I am am an established musician with over 40 years of performing experience. My experience includes playing bagpipe, steel drum, and saxophone with the Ringling Brothers Circus, Holiday on Ice, the Chieftains, Kennedy Center, as well as many local, regional and National events. In addition, I served in the United States Coast and Past President of the United States Coast Guard Pipe Band, I am also the Pipe Major of The Greater Pittsburgh Police Emerald Society Pipes and Drums. From 2001 -2003, I served as the director/Performer of the Eighth District U. S. Coast Guard Marci Gras Band in New Orleans, LA. I hold a Master of Arts in Music from Marshall University, and have studied with Alastair Gillies, Nick Hudson, George Balderose, Ellie Manette, Ray Holman, and Robert Greenidge.