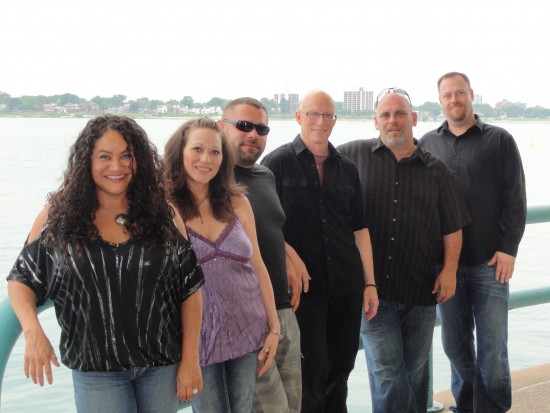 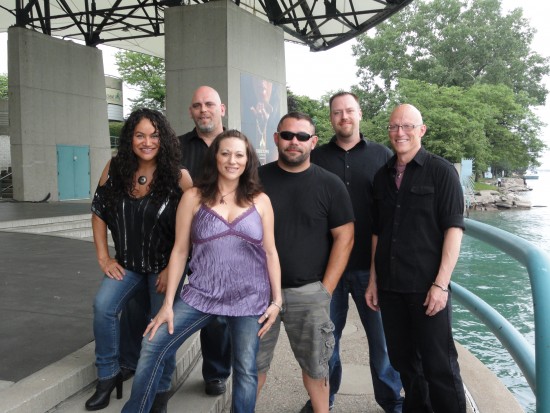 Be the first to review EveryLastDay

A well constructed set incorporating seasoned stage performances, spot on musical performances and an all around good flow to the show. Diana keeps the audience engaged and the music keeps a consistant flow minimizing lulls. The stage has various "levels" as well as a soon to be incorporated video presentation to accompany the musical presentation. Fans always leave an ELD show satisfied that they have spent their money wisely on a truly professional, well put together presentation.

Originally established in 1999 as Stealing Allan’s Rights, Every Last Day, a popular Metro-Detroit area original rock band, is committed to delivering one thing: timeless music within a powerful, high energy show. Through the many changes they’ve endured, Every Last Day believe in a “No Compromise” philosophy when it comes to taking this band to the next level. The band, affectionately known to their fans as ELD, released their first full length album in July, 2003 under the previously named Stealing Allan’s Rights moniquer. Entitled Coming Back Around, the album’s release swiftly earned them a loyal fan base and professional credibility within the Detroit music community. Performing as direct support for several national touring acts at some of the area’s premier venues, Every Last Day learned the ability to deliver on any stage to any audience. In April 2004, Coming Back Around earned the band a nomination for the Detroit Music Awards in the Outstanding Pop Artist/ Group category. Constantly striving for perfection, ELD went into a period of reinvention emerging in 2009 with their most exciting work yet. Singles such as Recovery and You Chose Me exposes the Rock – Nostalgic sound and the raw, yet introspective, lyrics depicting all the change the band has endured. Every Last Day eagerly embraces the new album with one thing in mind: creating timeless music.

ELD’s second album titled “The Other Side” is set to release in summer of 2011. Drawing from real life experiences, the insightful, poignant story lines accompanied by the deep pocket grooves and warm tones create an album anticipated to be their most inspired work to date. Staying true to their philosophy of honoring their personal experiences through song, the second album speaks more to overcoming personal struggles and celebrating growth. The music, melodies, and hooks are upbeat and make you want to dance. “The Other Side” is about coming thru adversity and just feeling good again.
ELD is:
Diana Balsama - Lead Vocals
Pete Cee - Drums, Backing Vocals
Rik Latta - Bass, Backing Vocals
Craig Parker - Lead and Rhythm Guitars
Joe Hassell - Lead and Rhythm Guitars, Backing Vocals
Anamaria Ylizaliturri - Background Harmonies
Contact: Rik Latta

4 vocal mics at frontline....1 at drums on backline.

As stated before, we are an "all original" rock band. We have approx. 2 hours worth of original material with an occassional re-worked cover song.

Too many to list all but here are some: Black Crowes, Humble Pie, Van Morrison, Led Zeppelin, ect...