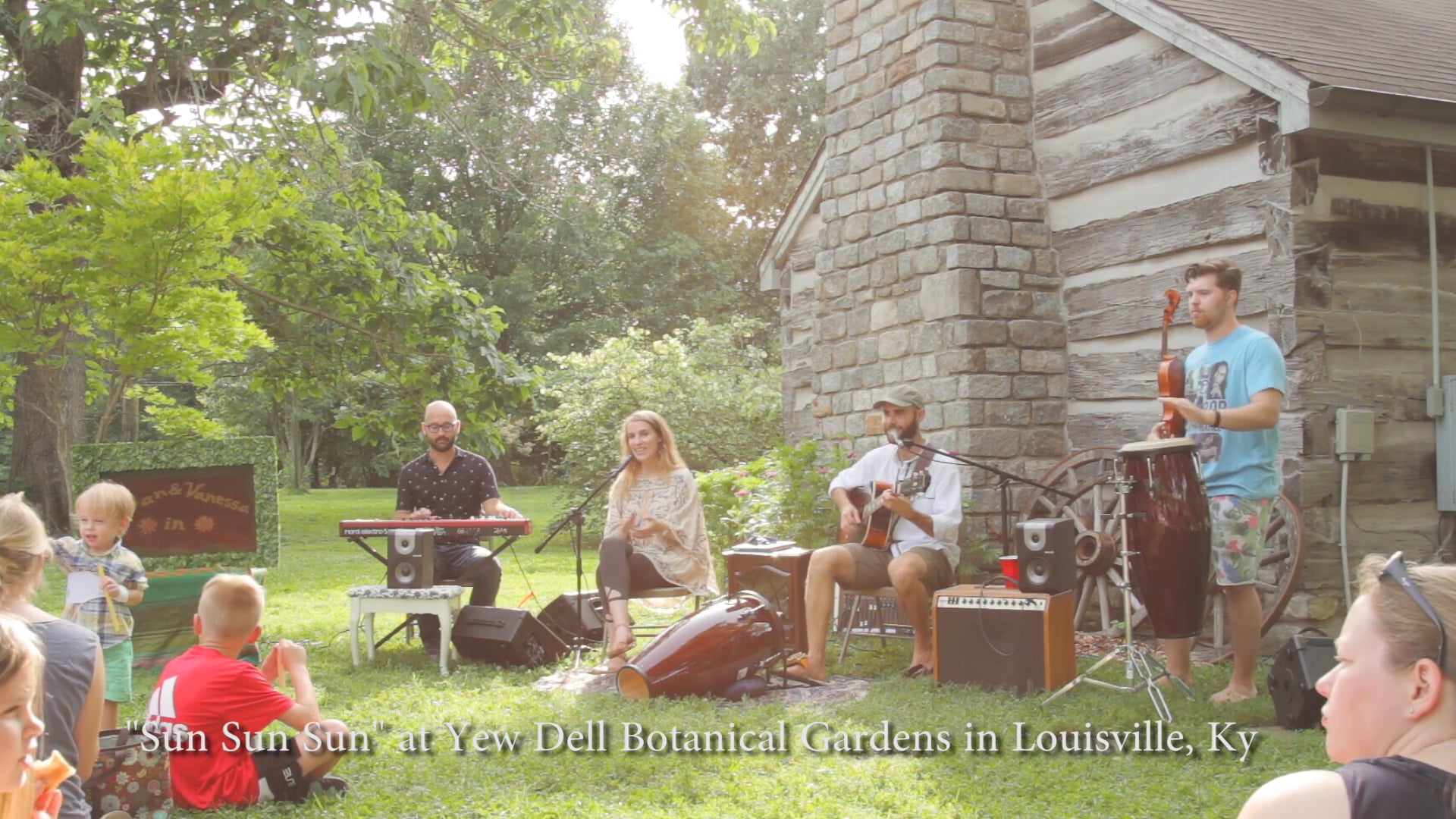 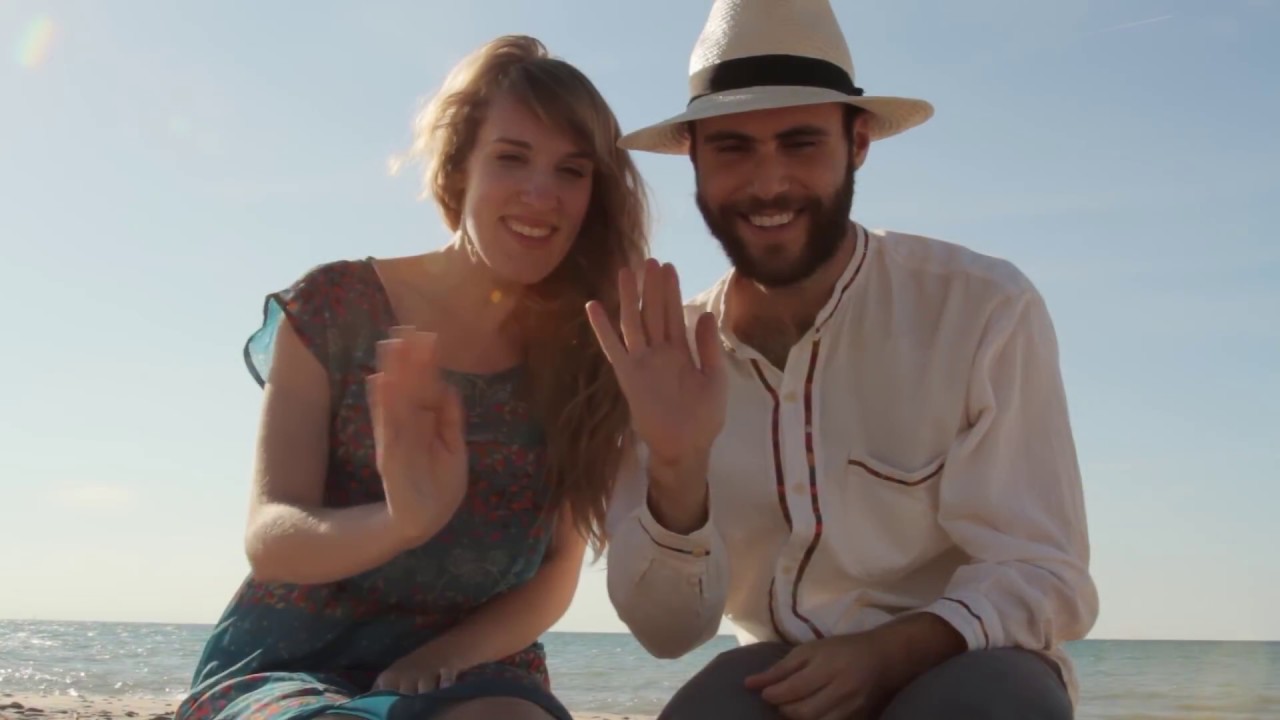 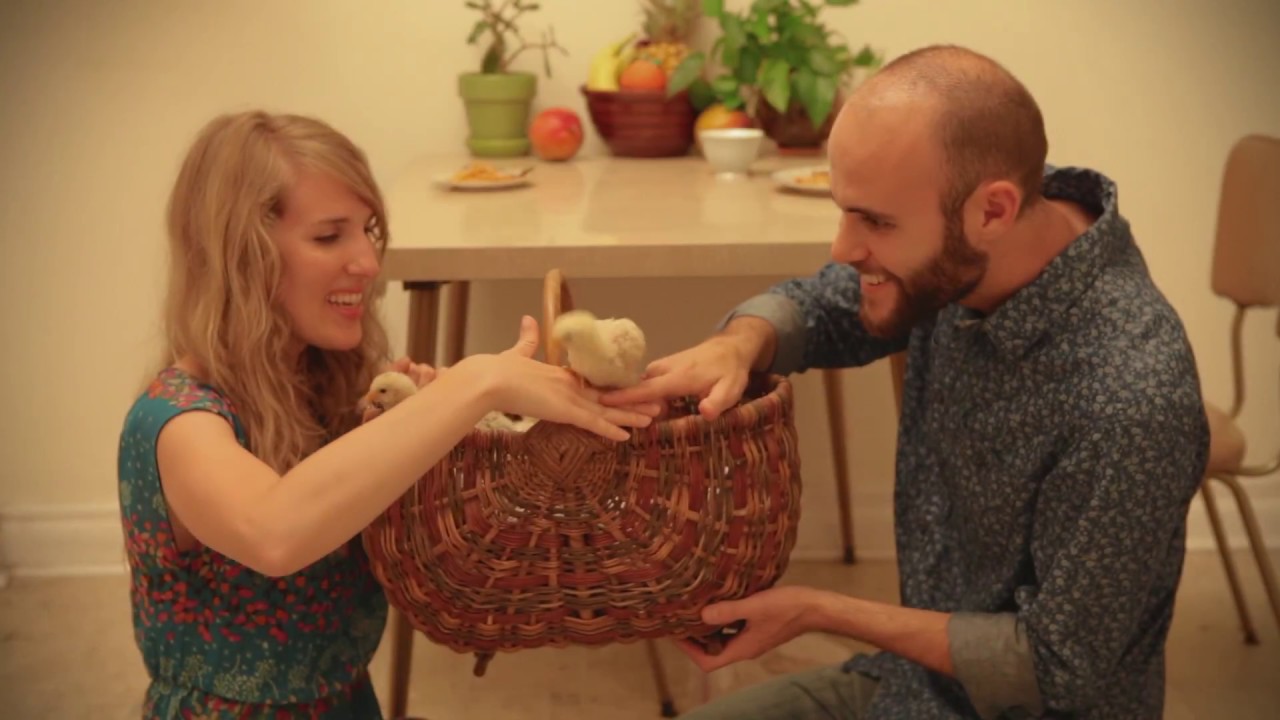 Evan and Vanessa are bilingual (English and Spanish) children's/family musicians based out of Louisville, Ky with a background in Montessori education methods. They have been performing either as a duo, 3 piece (guitar, synth, percussion, vocals), 4 piece (added viola), and even 5 piece band (added percussion) in many schools, community centers, and libraries in and around Louisville, Cincinnati, and Chicago. Their shows can range from performing only music to a highly interactive performance involving music, interactive storytelling, and other sound activities.

The best children's band of all time!

We absolutely LOVE Evan and Vanessa! There is really no other children's band out there that makes such beautiful music and is so engaging and enjoyable for parents as well as their children!

Fun and Exciting Performance at the Louisville Library!

We got the chance to meet Evan and Vanessa during a concert while they had their artist residency at the Louisville Free Public Library. Their show was amazing! The music was beautiful, and the way that they both engaged with the children was truly a gift. We look forward to seeing many more performances from them!

Evan and Vanessa performed this past weekend at the DuPage Children's Museum located in the Naperville suburb of Chicago, and they were absolutely outstanding! We must have had over 200 friends join us that day, and we couldn't have imagined more beautiful music for them all to hear. Their sound story was really funny and original, and their personalities are so charming. We have already arranged to have them come back for more performances over the summer :-) Thank you so much!

Thank you so much, Bethany. You all have one of the best children's museums we have ever been to! We can't wait to come back :-)

Thank you so much for playing at my daughter Rachael's birthday party! She and all of her friends had a blast singing and dancing with you all, and they absolutely loved taking turns singing into the microphone with Evan playing guitar. Even the parents wrote to me telling me how much fun they had! We will be sure to tell all of our friends...you all are so special and great at what you do!

That is very sweet of you Darcy! We had so much fun celebrating with Rachael and her friends! Thank you for including us in such a fun and special day, and please tell Rachael that we say hello! :-)

We asked Evan and Vanessa to perform at this year's "Be My Neighbor Day Festival" hosted by KET in honor of the great Mr. Rogers. They performed for 3 hours straight, and they literally had a line of kids waiting to sing and dance with them! They were so much fun, and they were certainly one of the highlights of the festival. We can't wait to have you all again next year!

Thank you for inviting us to be a part of your beautiful festival. Mr. Rogers is such a huge inspiration in the work that we do, and in the way that we live our lives. We are so grateful to have been a part of an event that celebrates him and all of the love that he shared with the world. Thank you so much, and we are looking forward to seeing you all again next year!

We had Evan and Vanessa perform at our school for our K-4th grade and they had a blast. Weeks later we still had children coming up to us asking "When are Evan and Vanessa coming back!?" which is a true testament to how beautiful their music is, and how warm and engaging they are with the children. Their personalities are loving and kind, and they music is peaceful and fun. We especially loved their "sound story", which has all of the children crying with laughter! Thank you so much for such a special performance!

Thank you so much for the great review Deborah! We had so much fun, and are looking forward to our next visit at your beautiful school!

Lots of love,
Evan and Vanessa

P.S. Please tell everyone that we say hello!

Such amazing and genuine performers!

I've got three children, so I've listened to my fair share of children's music, and I can honestly say that the music that Evan and Vanessa make together is some of the most beautiful music for the family that I've ever heard. My children ask to listen to it every time they are in the car, and I can't believe it but after so many times of hearing it I still love listening to it. It's so peaceful and fun...it reminds me of music from another time. Thanks so much for performing at our party...we love what you do, and we can't wait to see you all again!

Thank you for your kind words! We had such a fun time celebrating with your family, and we hope to see you all again soon!

Lots of love,
Evan and Vanessa

I asked Evan and Vanessa to perform at my son Jeffrey's 7th birthday party, and it was better than I could have ever imagined. The children loved them, and the parents genuinely enjoyed themselves as well (which is a difficult thing to achieve when you perform for children). Their performance was not only fun, but their music was soulful and enriching. On top of it all, they were very professional and extra caring and thoughtful. What a wonderful gift they share with our children!

Thank you so much Jessie! We had a wonderful time, and we look forward to sharing many more special occasions with you and your family!

Our shows can range from performing only music to a highly interactive performance involving music, interactive storytelling, and other sound activities.

Evan and Vanessa are a bilingual Louisville based children's band with a background in Montessori education methods.

To view all of their videos, please visit: (link hidden)

And here is a link to their website: (link hidden)

Drawing influences from the likes of Tiny Tim, Mr. Rogers, Charlie Chaplin, Shel Silverstein, Peter Paul and Mary, Roald Dahl, Shari Lewis, Hayao Miyazaki, and many other timeless entertainers and teachers, they have spent years crafting their special music and videos, and are excited to finally release some of their work for all to see and hear.

Vanessa was born in California, but grew up from ages 2-7 in Quito, Ecuador, where she lived both out on a farm as well as in the city. It was during this period of her life that she developed a natural ability to speak both English and Spanish. At age 7 she moved to Louisville, where she has remained ever since. She has grown up with seven brothers, and recently acquired her certification as a Montessori teacher for ages 2-6.

Evan was born in Toronto, Canada, and moved to Louisville when he was 4 years old. He first start playing guitar at age 4, and has since developed the ability to perform on over 20 instruments, most of which you will hear on the album, such as the charrango, the guzheng, and the arp solina string ensemble!

All that is needed is access to power. We provide the rest!

Our song list is constantly growing, and we are also capable of playing specific requests if given enough advanced notice. Our current list of songs we perform includes:

Type in "Evan and Vanessa Interview Part 1" on youtube, and foward to 3:19 to hear a full list of our influences in a really fun way!